Being successful in taking a selfie with celebrities is just like winning a country-long marathon. As it is not that easy to click a good snap with stars most of the time. But at times, when celebrities or fans get creative, they click some epic photobombs.

No doubt, we get to see celebrities glammed up pretty much 24/7. So it is always a treat to find some hilarious celebrity photobombs.

Jumping yourself into someone’s photo is pretty common, but we haven’t even realized how often celebs do it. It’s not a big surprise for celebrities as they are used to being on screen, and their pictures are usually taken constantly.

However, creepy photobombs are also a significant reason why many stars avoid being photographed.

At the same time, some of them are pretty jolly and enjoy popping into shots when they’re not asked for a photo. Just imagine you’re trying to pose for a memorable picture, and a stranger just pops into photobombs the whole photograph. Argh, how annoying! But hold on will your attitude remain the same when you discover a celebrity spoils it.

Looking for something to brighten up your day? You are at the right place; we’ve got ten hilarious celebrity photobombs that will surely make you laugh.

As mentioned prior, some celebrities don’t like to get photographed to avoid being photobombed. At the same time, we have celebrities who have thousands of hilarious photobombs to enjoy laughter for some hours. Here are those celebrities enlisted who have photobombed fans photos frequently: 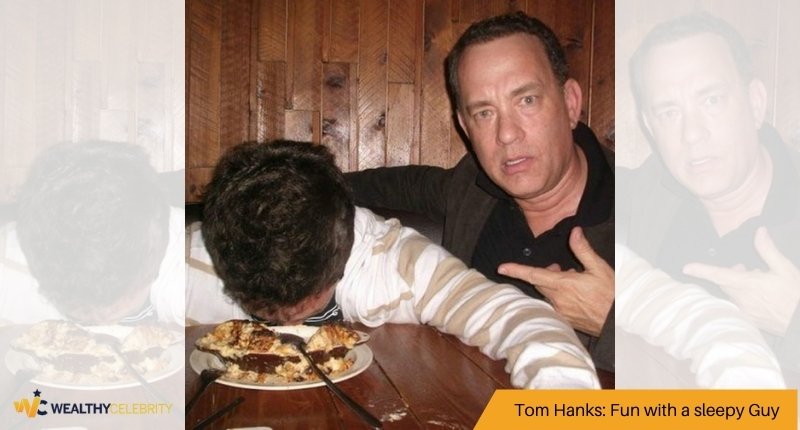 Tom Hanks is one of the most beloved actors of Hollywood and known worldwide for his kindness. Tom is as friendly and jolly in real life as he is on the screen. We’ve thousands of fans who share stories about his generosity and kindness after meeting him. Moreover, his epic photobombs with fans speak for themselves.

It is nothing wrong if we call Tom Hanks – “The Master Photobomber.” However, there is also a famous caution about Tom “don’t sleep Tom Hanks will get you there.” It’s all because of the hilarious photobomb of the celebrity with a guy who wore his glasses and fell asleep on the actor.

When this guy was in a complete hangover to have a memorable moment with the actor, Hanks didn’t leave him without proof that they met. The guy was found quite guilty of drinking so much after waking up the following day and realizing he cannot recall anything about last night in his mind. But once we came across the hilarious celebrity photobomb, he got in a memory bag was amazing. Here have a look at how deep the guy is sleeping and the fun that happened with him.

No matter who pops into perfect photography, whether it’s Chris Evans, Jimmy Fallon, and Chris Pratt, we’ll definitely allow them. Jimmy Fallon, the famous host of “The Tonight Show” in Arizona who followed up with the Super Bowl, just set up a fake photo opportunity for the audience. But after their funny celebrity photobomb went out, it became a stage for his “Tonight Show Celebrity Photobomb.” The picture used to be a creepy photobomb when Fallon, Captain America, and Star-Lord sneak in. They started up with some crazy and freaking faces but soon shaped into “Triple Piggyback.”

3. Zach Braff and the Newlywed Couple in Times Square 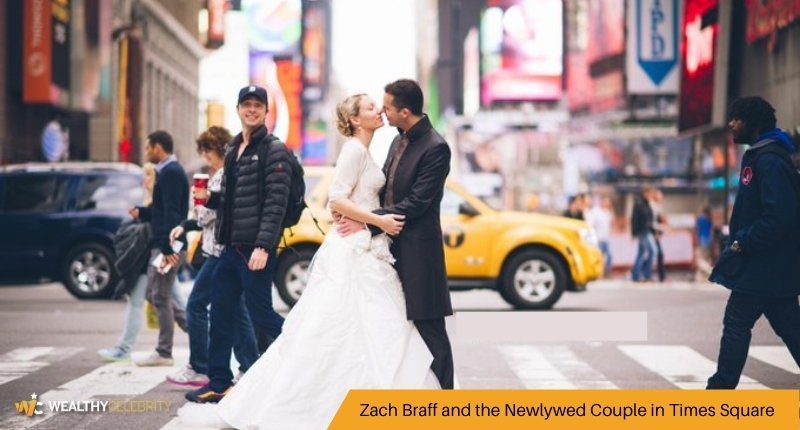 Zach Braff and the Newlywed Couple in Times Square

How can you make your special day more memorable with a celebrity photobomb of your unique snap? Yes, a baseball-cap-clad Zach Braff sneaked into a New York City wedding photoshoot of a couple posed up in Times Square.

The famous celebrity photobombed the couple’s photo and was found grinning in the shot. The funny thing about the epic photobomb is that the photographer even didn’t take note of it until he sat to edit the album. Zach Braff considers it as one of the best photobombs ever of his life in one of his tweets.

4. Benedict Cumberbatch: Sneaked behind U2 and other Academy Awards 2014 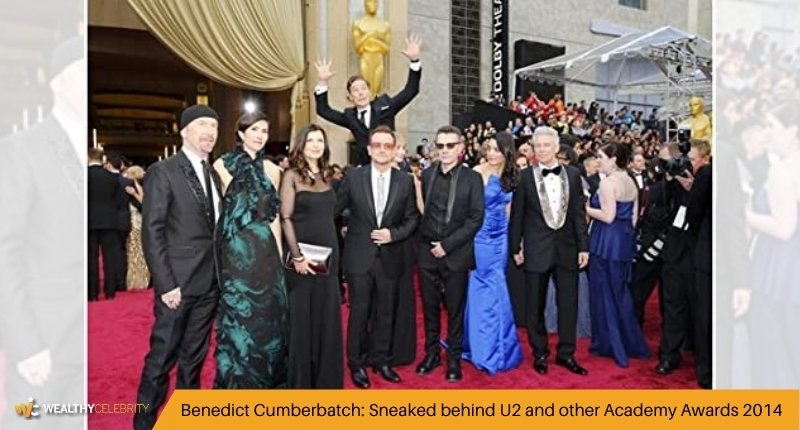 Benedict Cumberbatch Sneaked behind U2 and other Academy Awards 2014

Benedict Cumberbatch can be expected to be anywhere at any time as he played the role of mastermind detective Sherlock Holmes. Looking into Benedict Cumberbatch’s movie history, is filled with severe dramas. But he is found to be highly goofy and creepy behind the scenes. Cumberbatch had been famous for giving some of the best celebrity photobombs of all time.

One of these best hilarious photobombs, we have the photo from the Oscars showcasing the perfect instance of Cumberbatch’s silly pranks. This is about that moment when members of U2 were lined up for an ideal photograph for their social pages; meanwhile, he couldn’t resist photo bombing it. He sneaked into the picture with some well-placed jazz hands and sand. Surprisingly, a dozen photographs were clicked in this posture as there was a vast media presence.

5. Arnold Schwarzenegger and a group of Tourist in front of the Eiffel Tower 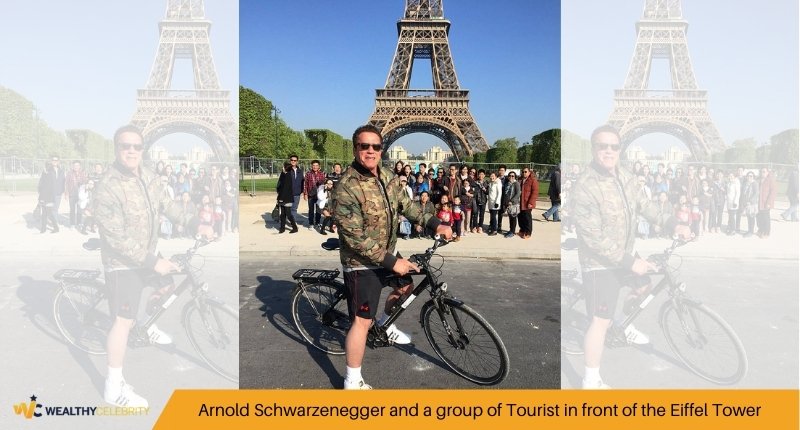 Arnold Schwarzenegger, one of the greatest bodybuilders of all time and the highest-paid Hollywood actor, is found to be a naughty and funny guy in real life. Arnold took the spotlight of a group of Tourists posed together in front of the Eiffel Tower. The feature that made the photograph an epic photobomb was dressing of Arnold. The Terminator star was dressed up in dull glasses, shorts, and a cover coat on a bicycle.

The actor’s appearance wasn’t recognizable until they saw the final hilarious photobomb framed at last. It was a lucky moment for the traveler who got a chance to capture a snap with such a famous Hollywood actor. However, later on, Arnold expressed gratitude toward the members on Instagram in words, “allowing me to crash your photograph!”

6. Nicolas Cage: A mother posing with her baby 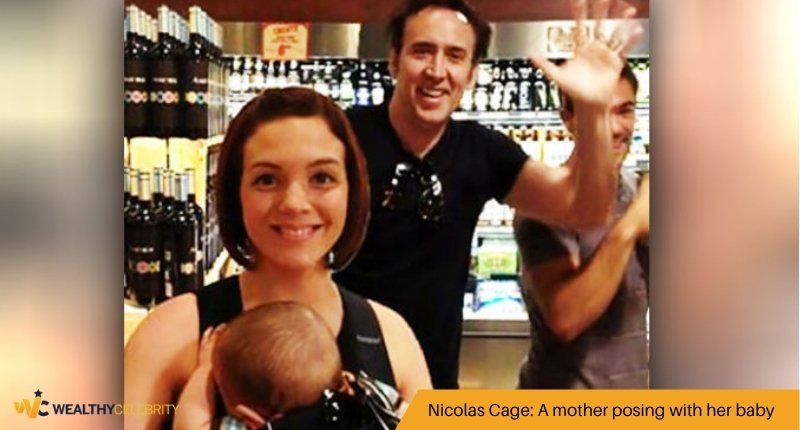 Nicolas cage photobombs are pretty hilarious and creepy all the time. This is the reason Nicholas Cage is a star of viral memes on social media. It is all because his facial expressions are truly priceless even if he is not acting in some role. Here we’ve got the best celebrity photobomb of all time where a girl was trying to capture a picture with her cute baby at a liquor store. And there Nicolas Cage popped into it, trying to say hello! The celebrity photobomb picture got viral immediately as soon as it was out on the social platform. The lady didn’t realize at the moment of capturing the snap that it was Mr. Cage behind him. She was trying to make a memorable memory with her baby, and it became a lifelong special memory.

7. Dwayne “The Rock” Johnson and Jimmy Fallon in Mascots 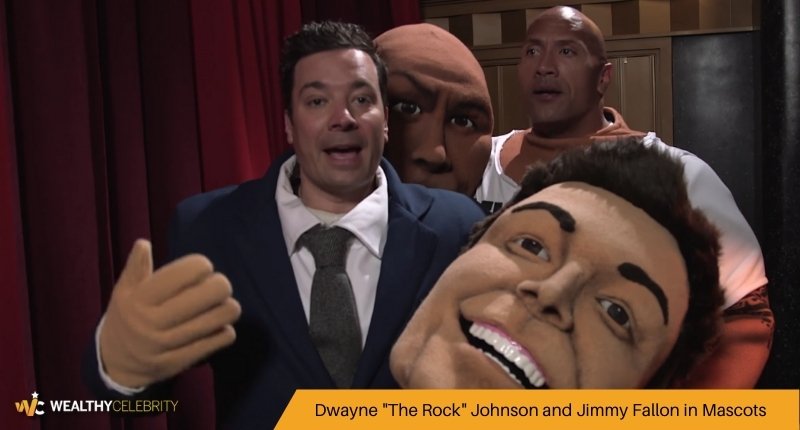 Dwayne The Rock Johnson and Jimmy Fallon in Mascots

You cannot stop some celebrities’ photobombing without planning, and this is the case with Dwayne Johnson – a well-known Hollywood actor who owns several most expensive things in the world. Moreover, if you want to learn how to photobomb a perfect snap, then Jimmy Fallon and Dwayne Johnson can make you skilled in it. Both of the Hollywood actors went around Universal Studios dressed in their mascots. Yet it wasn’t creepy and hilarious. But when they photobombed guests on the “The Tonight Show Starring Jimmy Fallon” stage, many of the fans cried with joy.

When the man realized that he had just been photobombed by one of his idols, he burst into tears with happiness. Both the actors revealed their identities to very few fans who were posing with them for snaps. One of the man’s reactions was, “The Rock! My man, my hero since I was like five years old”. At that moment, this great fan of The Rock just pointed to his leg with had a tattoo of him on it.

8. Steven Tyler and the Lady out for Grocery 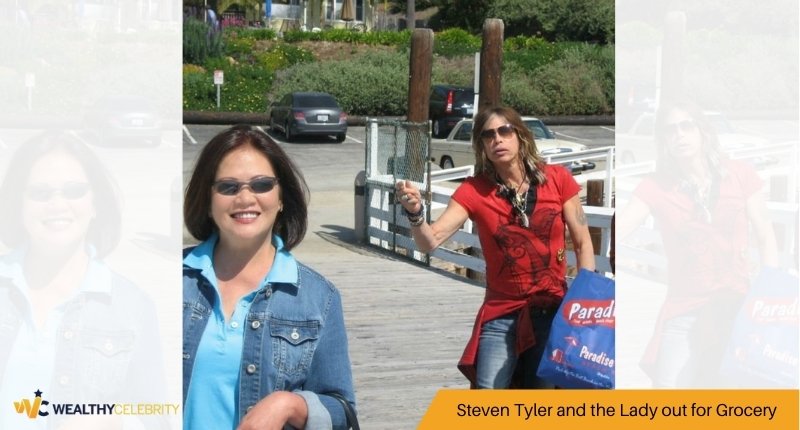 Steven Tyler and the Lady out for Grocery

It is pretty silly to take selfies while shopping at one of your favorite stores or next to the street store. But probably this pretty lady had a good reason to decide to do it on a typical day. Maybe it was a special day in that lady’s life, or perhaps just her picture frame was too light-up with an actor. Whatever the reason for clicking snap in the parking, it was a good decision. The famous actor from Aerosmith Steven Tyler just popped up right into her selfie. Steven wasn’t much thrilled about it, but her fan, whose snap was celebrity photobombed, looked quite thrilling. 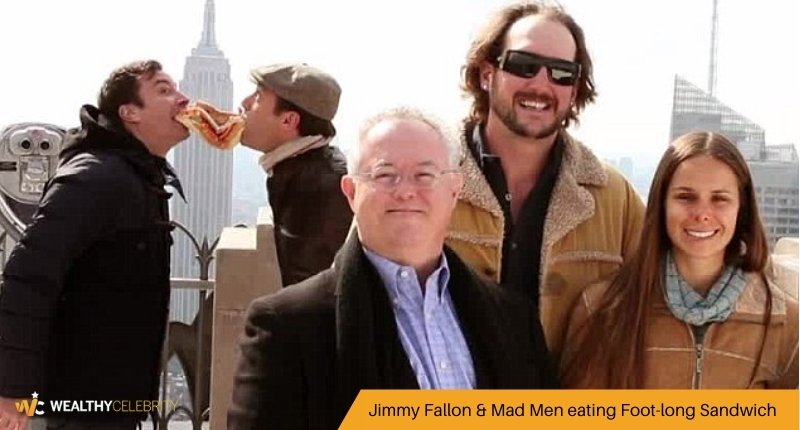 Following on from Benedict Cumberbatch’s master divine “Cumberbomb of U2” at the Oscars a week ago, Jimmy Fallon – a famous TikToker in the world, and freakish Tourist Jon Hamm chose to drop some epic photobombs of their own. As visitors were hoodwinked into getting a free photograph taken at the highest point of New York’s Rockefeller Center by NBC staff.

The irresistibly clever host of The Tonight Show and the remarkably smooth star of Mad Men suggested to high-five, chest-knock, and surprisingly went all out ‘Woman And The Tramp’ with a foot-long sandwich behind the scenes, as they made some significant occasion high-rise snaps. Jimmy Fallon had given hundreds of hilarious celebrity photobombs to get amazed or laugh for some hours.

10. Angelina Jolie with her pregnant tummy 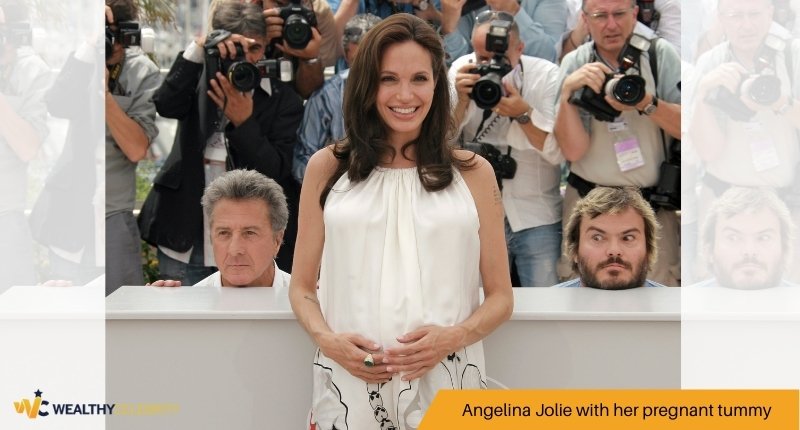 Angelina Jolie with her pregnant tummy

Jack Black, Dustin Hoffman, and Angelina Jolie may appear to be an unusual gathering of entertainers. However, they starred together in the animated films Kung Fu Panda and Kung Fu Panda 2. At the 2008 Cannes Film Festival, Jack and Dustin were messing about for the cameras and making Angelina giggle meanwhile.

In that event, when the beautiful star thought she was modeling for a genuine photograph of her without anyone else, Jack and Dustin figured out how to advance into the image. Angelina Jolie was pregnant with her twins at that point, so there are likewise a ton of sweet photobombs of Jack and Dustin flaunting her pregnant tummy.

Moreover, members are always on the hunt for funny celebrity photobombs to utilize their fabulous expressions. Either randomly spotted snap to be a creepy photobomb or internationally popped into a frame to photobomb it. Both are extraordinary and hilarious things for the fans. Besides, we’ve plenty of such celebrities in your media who love themselves to crawl into fans’ snaps to make their photos extraordinary and memorable for a lifetime.

Thus, these were some hilarious and best celebrity photobombs of all time. Someone sneaking into a photo frame is quite common, but did any celebrity pop into your photograph? If you have such a memorable experience, then do share to be a part of our list.

What do you think about these Hilarious Celebrity Photobombs? Share with us in the comments below.