50 Cent’s net worth is estimated to be $40 million as of January 2023. 50 Cent (real name Curtis Jackson) is an American rapper, producer, actor, and entrepreneur from New York, United States. 50 Cent is one of the wealthiest rappers in the world. Despite being in the news on the lawsuit filed against 50 Cent and the verdict over the file for bankruptcy, he enjoys the most fantastic net worth to date.

As of now, 50 Cent has, on the whole, earned at least $260 million from his various activities, which mainly include selling records, tours, and several brand collaborations deals. However, 50 Cent has spent his earnings lavishly, and that’s the reason his net worth has got reduced. Moreover, this way of spending caused him to file for Chapter 11 bankruptcy in July 2015. Here we have got the details of everything you need to know about 50 Cent and his life. 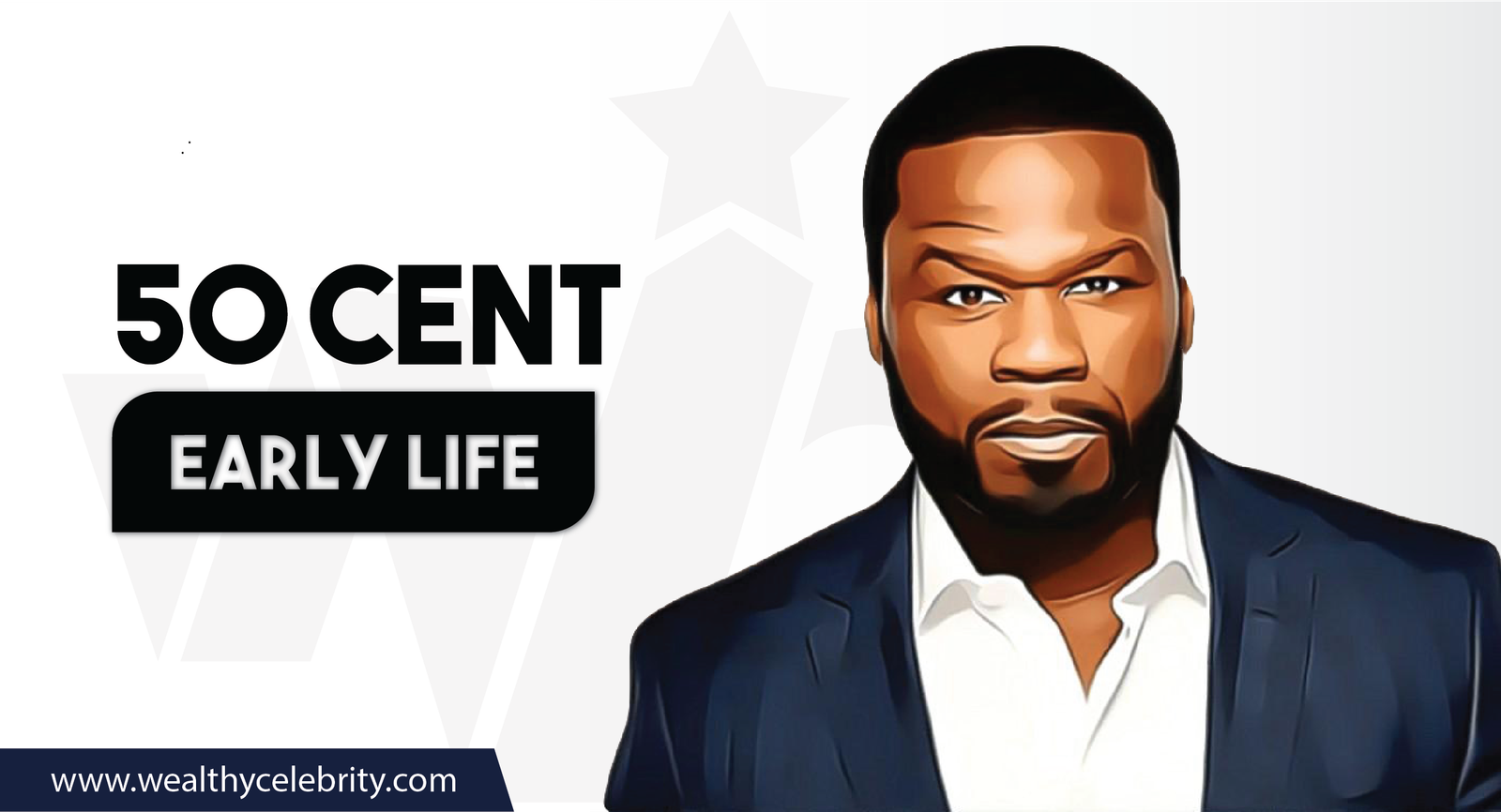 Curtis James Jackson III, aka 50 Cent, was born on July 6, 1975, in Queens, New York. His mother raised him in the South Jamaica neighborhood. His mother’s name was Sabrina, and she was a drug dealer. 50 Cent’s mother died when he was only eight years old.

After his mother, 50 Cent was raised by his grandmother. Curtis began to deal with narcotics after school. When he was in the tenth grade, he got arrested for bringing guns and drug money to his school. He was checked by metal detectors and subsequently had to face arrest.

Later on, 50 Cent was again arrested for being the cocaine seller, and an undercover police officer used to buy it.

The intent has been reported to be from 1994. Police broke into 50 Cent’s home for the search operation and discovered heroin, crack cocaine as well as a pistol. He stayed for six months in a boot camp and got his GED.

His Early Career Was Full Of Controversies 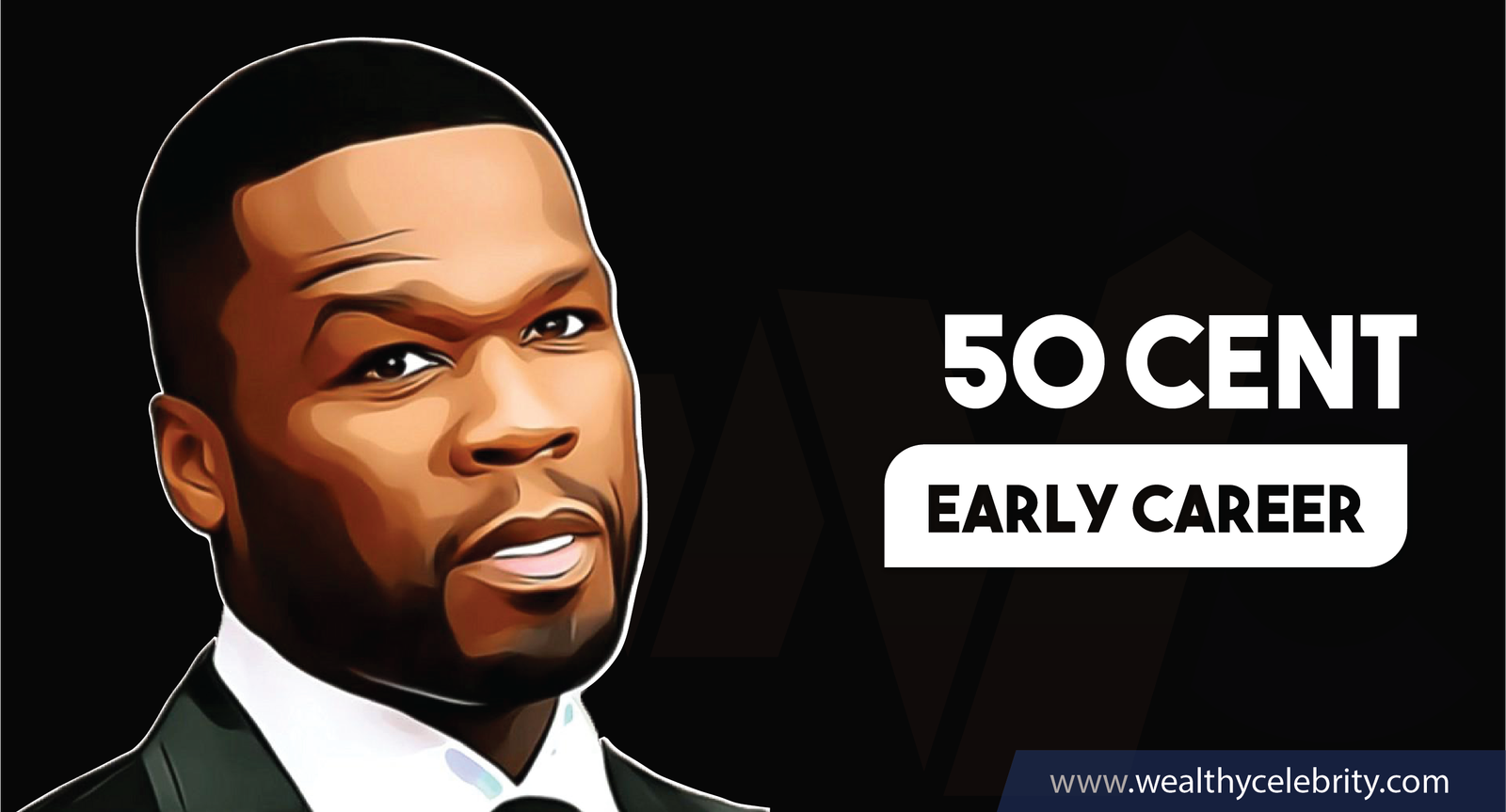 Curtis Jackson gained popularity as he released a controversial rap single called How To Rob. Unfortunately, he got shot and was admitted to hospital in May 2000 when he was all set to release Thug Love, a single with Destiny’s Child.

His life has always remained so challenging, so he was also attacked by someone outside his grandmother’s home located in Queens. The gunman fired around nine shots, after which 50 Cent was shot in the hand, arm, hip, legs, chest, and left cheek.

The attacker then also got killed after three weeks. When 50 Cent was in the hospital, he proceeded with signing a deal with Columbia Records. He had to live in the hospital for 13 days.

See Also:  What is Alex Smith's Net Worth? Know Everything About American Football Quarterback

However, Columbia decided to drop 50 Cent off when he wanted to publish a song named Ghetto Qu’ran. Following this incident, he was also added to the blacklist by the United States recording industry on the whole. In such a situation, he made his way to Canada to record his songs for mixtapes to gain popularity. So, the mixtape named Guess Who’s Back got released in 2002. 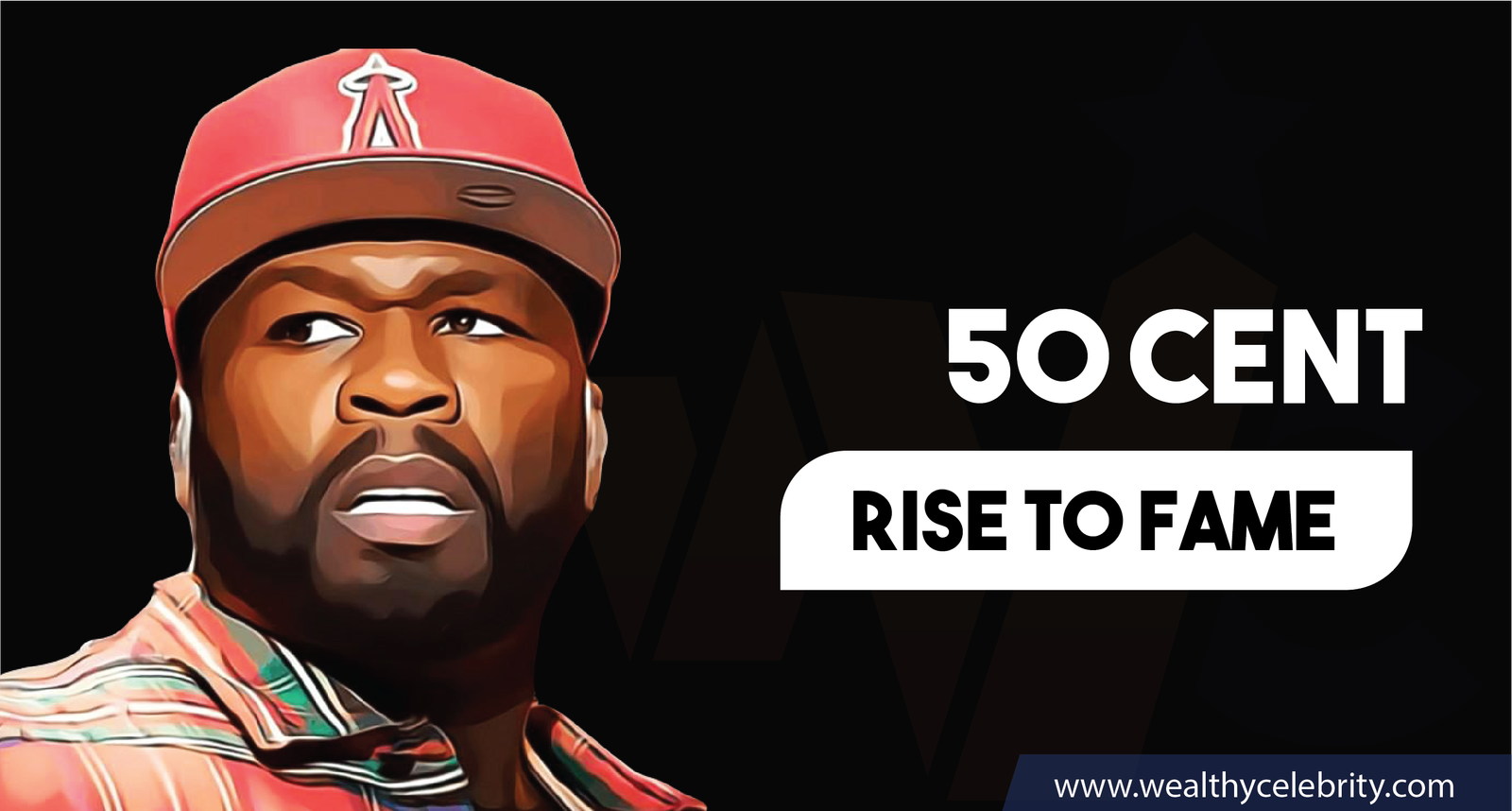 Very few people know that Eminem was the one who discovered Curtis Jackson, aka 50 Cent, in 2002. The first song ‘Guess Who’s Back?’ of 50 Cent impressed Eminem, and he invited him to Los Angeles for a meeting with Dr. Dre.

This meeting opened an opportunity for 50 Cent, and he signed a $1 million record deal. As a result, he released No Mercy, No Fear.

Besides, 50 Cent’s song got featured in Eminem’s movie 8 Mile. After this song in 2003, 50 Cent gained great popularity with his debut album Get Rich or Die Trying.

It got a place at the No. 1 on Billboard charts as around a million copies of this album got sold in the first four days. Within a week, In Da Club set a record as the most-listened song in radio history.

In the continuity of this success, Interscope bestowed 50 Cent his label i.e., G-Unit Records. Curtis Jackson released his next album, The Massacre, in March 2005, another massive success. This album got sold in 1.14 million copies within the first four days. Furthermore, it also held the No. 1 position on the Billboard charts for six long weeks.

50 Cent’s third album got released in 2007, and it made its way to No.2 on the Billboard 200. The fourth album named Before I Self Destruct was released in November 2009. The fifth album got delayed until November 2012, following a disagreement with the record label. On the whole, until today, 50 Cent’s studio albums have sold more than 21 million units.

This swift yet hard-to-get rise to fame made 50 Cent net worth hugely; however, it got reduced by the time as he spent lavishly.

He Have Dated Around Ten Women Throughout His Career 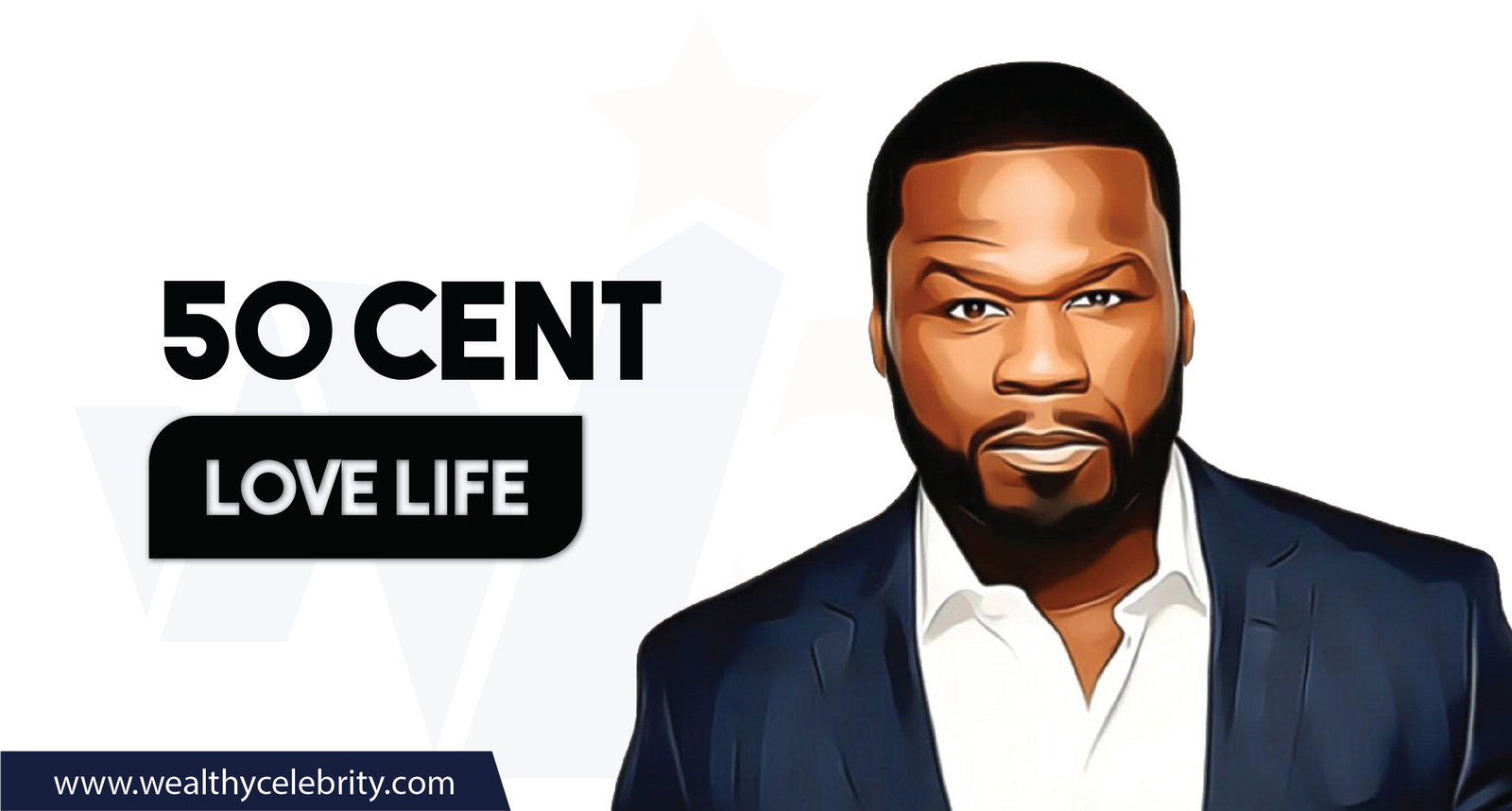 As far as 50 Cent’s love life is concerned, according to some reports, he has dated more than ten girls. However, 50 Cent’s girlfriend, Shaniqua Tompkins, gave birth to a son named Marquise Jackson on October 13, 1996. Curtis Jackson’s son’s birth brought significant change to his life, and he got inspiration in his work many times from his son.

50 Cent then had his second son Sire Jackson on September 1, 2012, from his girlfriend Daphne Joy, a model. When Sire was only two years old, he got a chance to model for Kidz Safe, a headphone brand for kids. His first appearance made a whopping earning of $700,000 through his contract.

As per the career of Curtis Jackson, aka 50 Cent, his assets witnessed a significant rise with the success of each new song. 50 Cent’s earning by the year are as follows:

His net worth varies a lot year on year because of bankruptcy news. 50 Cent Networth in 2022 is not even close to other famous rappers like Eminem’s Net Worth.

After his performance, 50 cent was body shamed for his recent weight gain which he took with grace and even responded to his critics on an Instagram post. 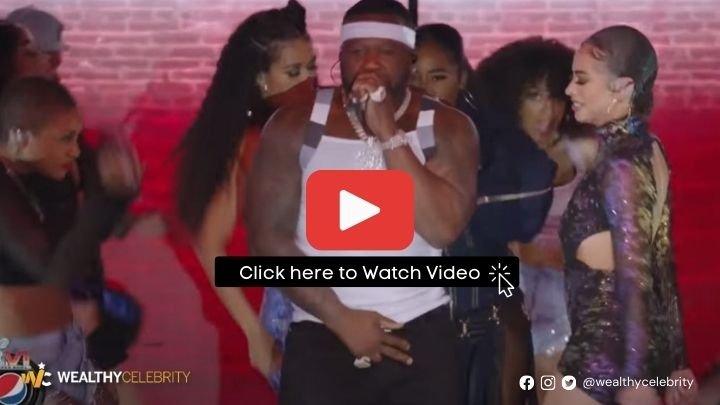 Apart from that, 50 Cent’s assets include:

Here we have got the highlights of the successful career of the most popular American rapper Curtis Jackson aka 50 Cent:

A: Curtis James Jackson is the actual name of 50 Cent.

A: No, 50 Cent is straight as he has been involved in many relationships throughout his life.

Q: How many awards has 50 Cent managed to win?

A: 50 Cent is a highly successful artist, as seen by his many achievements. In his whole career, he has received 73 awards from 136 nominations.

Q: What is interesting about 50 Cent’s childhood?

A: When 50 Cent was in school, he used to sell drugs and brought guns to school. He was once arrested for possessing firearms when he was in 10th grade.

Although 50 Cent’s net worth has faced a considerable drop in recent years, even then, he is among the richest American rappers. His life has remained challenging at different stages, but he is enjoying a successful career having a net worth of around $40 Million.

Who is Lil Dicky? Know His Net Worth, Girlfriend & Everything – Wealthy Celebrity

[…] Andrew Burd, better known as Lil Dicky, is a renowned American rapper and comedian. He is a comic rapper who came into the spotlight when he released the megahit song […]

[…] single parent who once was in a relationship with the widely known rapper and songwriter – 50 Cent. The couple started dating back in the mid-2000s season. And after dating for a few years, they […]

[…] 50 Cent net worth is estimated to be $40 million as of 2022. According to the reports, 50 Cent has, on the whole, earned at least $260 million from his various activities, which mainly include selling records, tours, and several brand collaborations deals. However, 50 Cent has spent his earnings lavishly, and that’s the reason his net worth has got reduced. Moreover, this way of spending caused him to file for Chapter 11 bankruptcy in July 2015. Here we have got the details of everything you need to know about 50 Cent and his life. […]

Well indeed, the present life of 50 Cent is so inspiring! Please keep sharing stuff like this!!!

You are right, Rappers always comes up with some strange names but they do so to stand out from others. As far as 50 Cent name is concerned, he choose this name as a metaphor for Change. As we know people always ask for money change in cents so he used it as a metaphor for change in life.

By the way these strange name rappers are quite educated though and that too from well known universities. Have a look on this article to see the education of famous rappers. http://wealthycelebrity.com/10-most-educated-rappers-and-net-worth/