Amy Askren is a professional real estate agent working in a firm located in the United States. People know her as the wife of Olympic wrestler, former Bellator Welterweight Champion, and UFC star Ben Askren. The former American mixed martial arts fighter received an award of the US Olympic team member and national champion in 2008.

Recently, Askren gained public attention when Ben and his rival Jake Paul got into a fight, and Jake involved Amy in it by using slang words like “Amy Askren thicc” for her. Since then, people have been eager to know about her and have shown interest in her personal life, so let’s move further and get to know Amy a little more:

Who is Amy Askren? (Biography & Other Details)

She was born and raised in a supportive Christain family:

Askren was born on March 10, 1986, in Overland Park, Kansas. Her father’s name is Dan Server, and her mother is Cathy Server. She has a brother named Bradley Server. Dan Server worked for Veema Nutrition Company for 15 years and later founded his own company, Server Wellness Corporation, which deals in medical equipment. Amy is of Caucasian ethnicity. Her maiden name is Server, but she changed it after marrying Ben Askren.

Amy received her early education from a school in her hometown, whose name is not yet revealed, but for a bachelor’s degree, she went to the University of Missouri. She finished her graduate degree with a major in Finance in 2008.

After graduation, she tried her luck in the real estate business:

Amy is a true example of beauty with brains. After graduating from university, she moved to Milwaukee, Wisconsin. Over there, Amy worked for two years as a Pilates teacher at a local studio. Afterward, she started working at her father’s firm, Vemma, where she worked as a brand representative although she is still associated with that firm but does not work there anymore.

After trying her luck in multiple professions, she recently decided to become a real estate agent in 2018. She renovates and sells houses in Tosa. Also, she is a licensed realtor at Firefly Real Estate in Milwaukee. Amy was featured on a reusable bag for her firm to generate more business leads last year. She looks happy working in that firm and helps her clients to find perfect homes and places for their families.

She got married to Ben Askren in 2010 in a private ceremony:

If we talk about her personal life, she is the spouse of Olympic wrestler Ben Askren. After dating and seeing each other for several years, the couple decided to make it official on April 9, 2010. They tied the knot in a private ceremony and invited only close friends and family.

Amy and Ben welcomed their three lovely Children; two daughters named Alex and Ozzi and a son called Andy. They live happy life with each other and nurse their kids together. We haven’t heard any rumors of duo separation and divorce yet, and neither of them is involved in any extramarital affair. 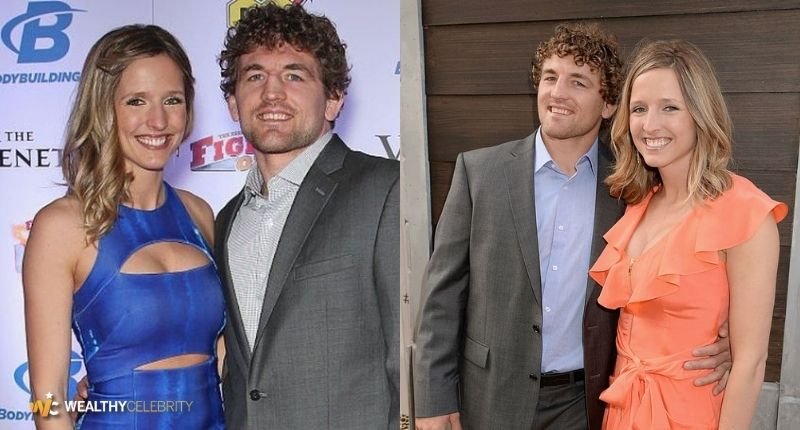 Here are some pictures of Amy Askren with her children and husband, Ben Askren. 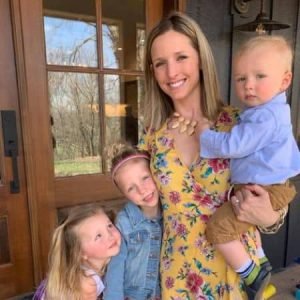 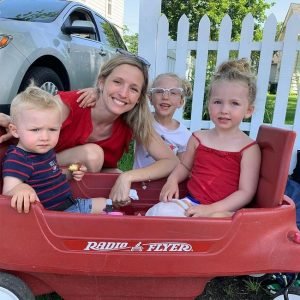 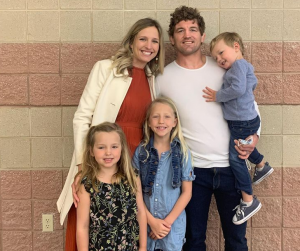 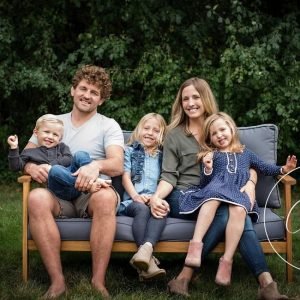 Currently, Amy got significant public attention due to her controversial battle with social media star and MMA Jake Paul. Before the match, Jake made an allegation against Amy and said he messaged her on Instagram. Further, Jake openly told the media that she was thick, meaning attractive but in an inappropriate sense. He nodded that before the match, they had a conversation in which he tried to flirt with her, and she was doing the same and called him handsome.

See Also:  What is David Dobrik Net Worth? Know Everything About Famous Youtube Star

None of his statements were true, he just started spreading rumors vaguely as he is not a reliable source, and he doesn’t have the best track record, and whatever he says should be taken with a grain of salt.
However, Amy did respond to the rumor. She used her husband’s account and made a live video to react to the negative comments made by Jake. Amy is a supportive partner, often responds to negative comments on Ben’s behalf, and deals with haters.

How Much Does She Accumulate?

Moving on to her Net Worth, she earns considerable money as a real estate agent. Askren’s net worth is around $500k. She accumulated this amount by working in multiple firms. However, she shares a significant wealth with her husband’s net worth, approximately $10 million. Ben earns this money from his wrestling career.

A Check Into Her Social Media presence:

She spends a lot of her time on social media. She has an unverified Instagram account with 26.5k followers, where she loves sharing her family, kids, and a couple of pictures. Being outspoken, she is often seen discussing various aspects of her husband’s career and posts to support Ben. Also, she runs her Twitter account, where she has 482 followers. Along with this, she has around 2290 friends on Facebook.

Q: How tall is Amy Askren?

A: She stands at a reasonable height of 5 feet and 5 inches.

Q: What is Amy Askren’s net worth?

Q: What is Amy Askren’s nationality?

A: She was born in the United States. Amy Askren holds an American nationality.

Amy is a determined and competitive realtor. She frequently posts about her efforts on her Facebook. She compels her followers to contact her if they need a home or any property in her realm. She has experience working for the betting organization “My Bookie.” She also mentioned that this was her first agreement.

What are your thoughts on Amy Askren’s love life? Let us know in the comments.