Ben Shapiro is a well-known American conservative political commentator, author, columnist, lawyer, and radio host. He is estimated to have a net worth of $20 million. He also wrote the book titled “Brainwashed: How Universities Indoctrinate America’s Youth.” This book was published in 2004. To our surprise, Ben Shapiro started writing this book when he was only 17 years old. At the same age, he got the honor to be the country’s youngest nationally syndicated columnist.

Ben Shapiro’s net worth can be estimated better with an idea of his writings and best seller books that marked his success. His views may differ related to various topics, but the way he writes is all about his wealth and fame source. So, here we have some further information about Ben that you might love to know. 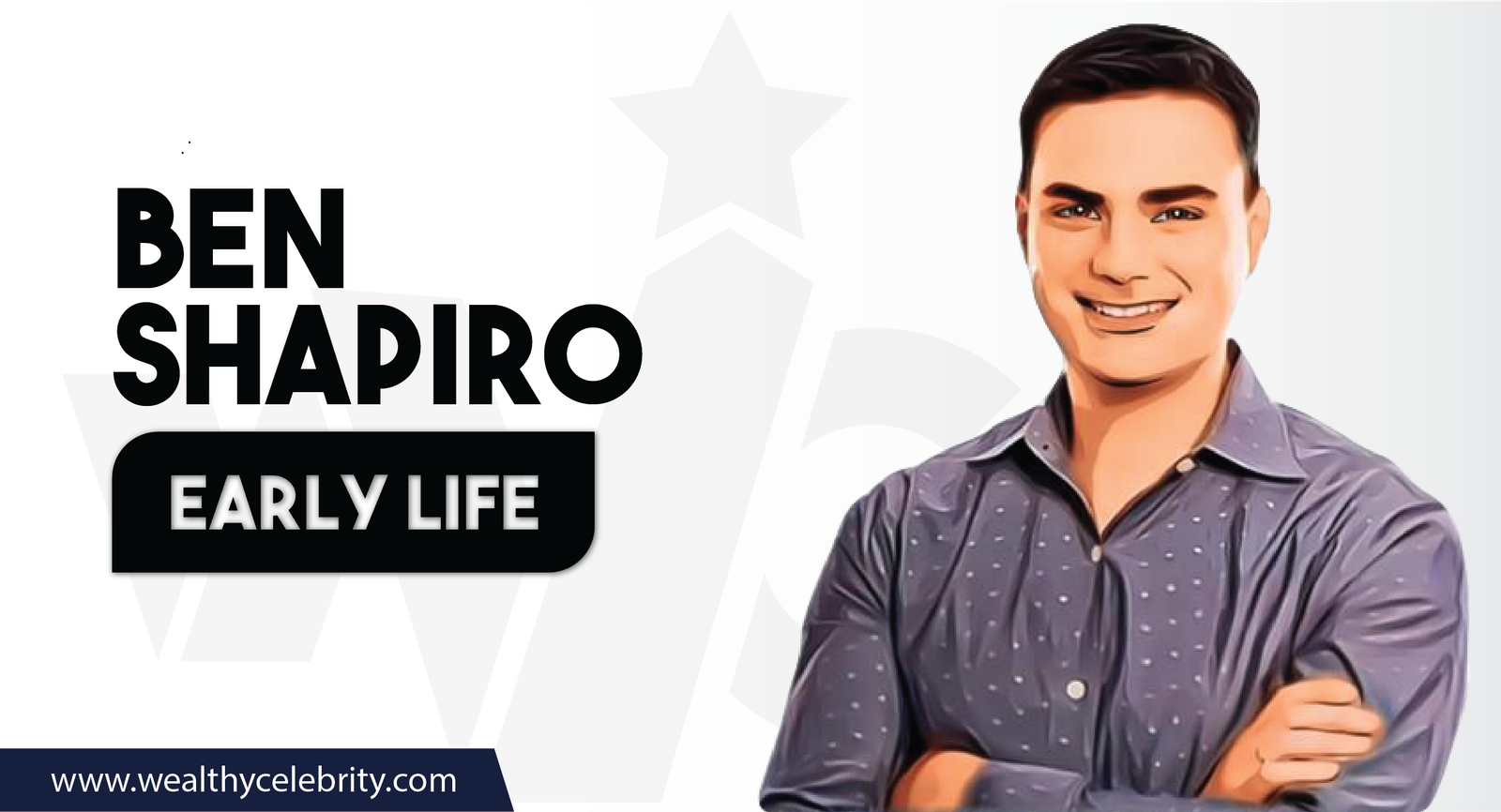 Ben Shapiro was born on January 15, 1984, in a Jewish family in Los Angeles, California. He started playing violin at a very young age, and this interest made his way to a performance at the Israel Bonds Banquet in 1996 when he was only twelve years of age.

As far as his parents are concerned, both used to work in Hollywood. Ben’s mother was an executive of a TV company as per the information, whereas his father served as a composer.

Ben Shapiro’s sister named Abigail Shapiro is an opera singer who has always been victimized to online anti-semitic trolling, specifically following her brother’s high profile on the public level. 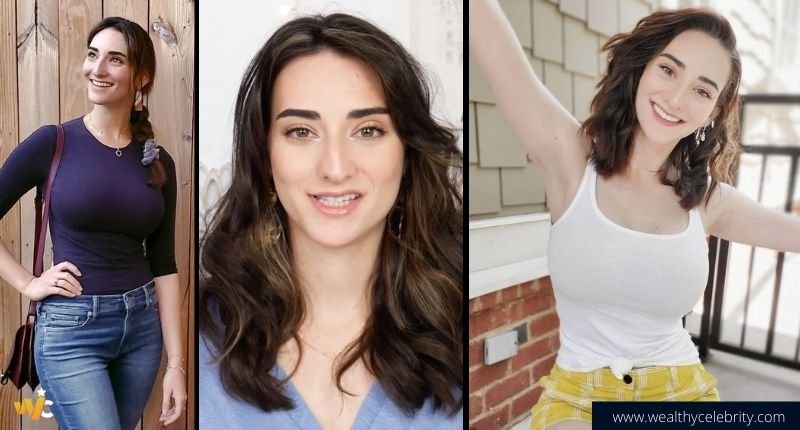 Furthermore, Ben Shapiro’s cousin is also a writer and former child actress named Mara Wilson. She is the one who has blocked Ben from her social media accounts. 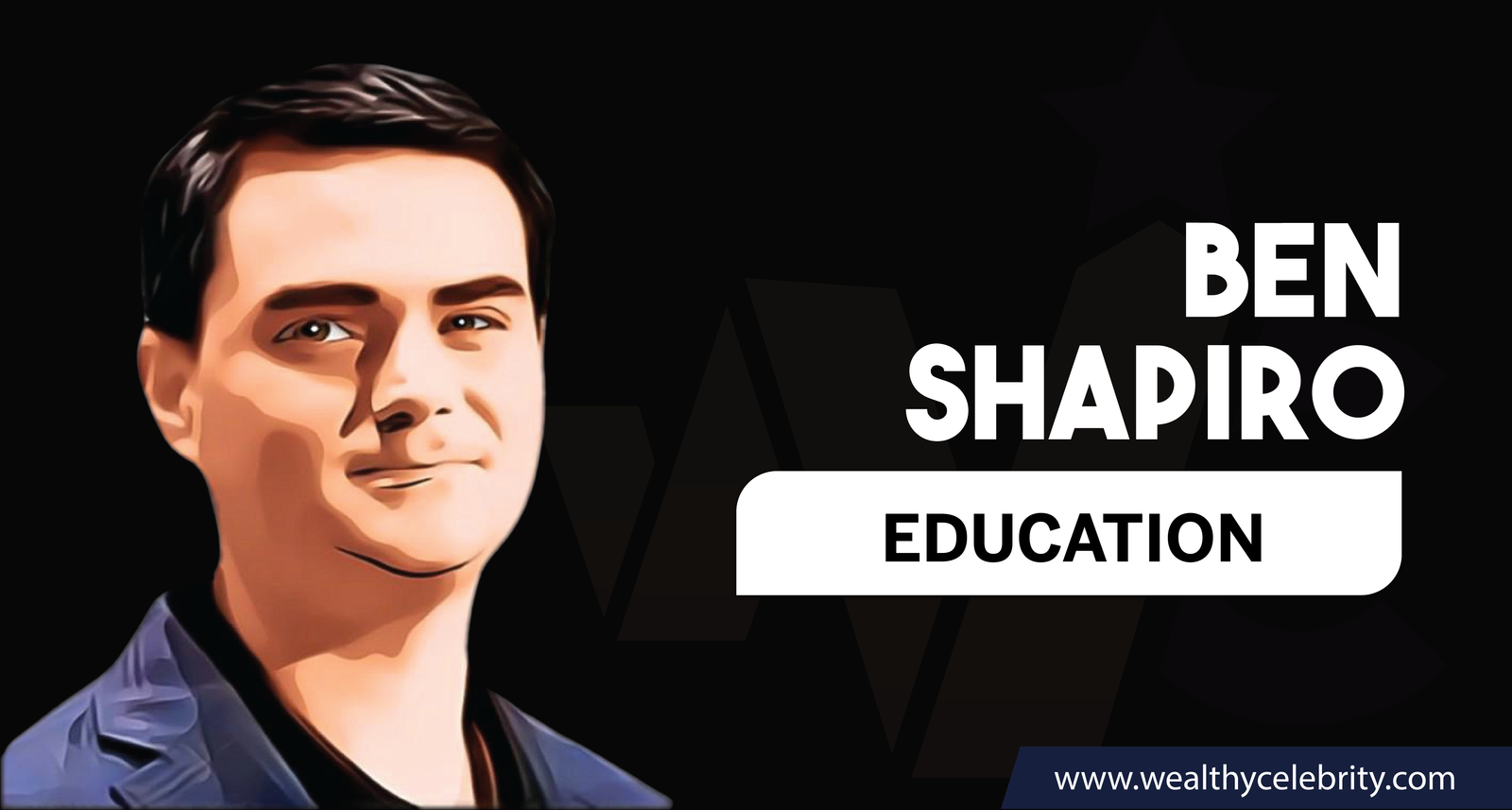 Looking into the educational background of Ben Shapiro, he has been brilliant as a student. He skipped two grades i.e., third and ninth that saved his time, and he then went from Walter Reed Middle School to Yeshiva University High School of Los Angeles. Ben Shapiro got graduated at the age of 16 in the year 2000.

See Also:  Who's Catherine Mooty? All Facts To Know About Troy Aikman’s Wife

Ben Shapiro then worked at Goodwin Procter law offices. He also established and ran a legal consultancy firm of his own as of March 2012. The firm is named Benjamin Shapiro Legal Consulting that is located in Los Angeles. 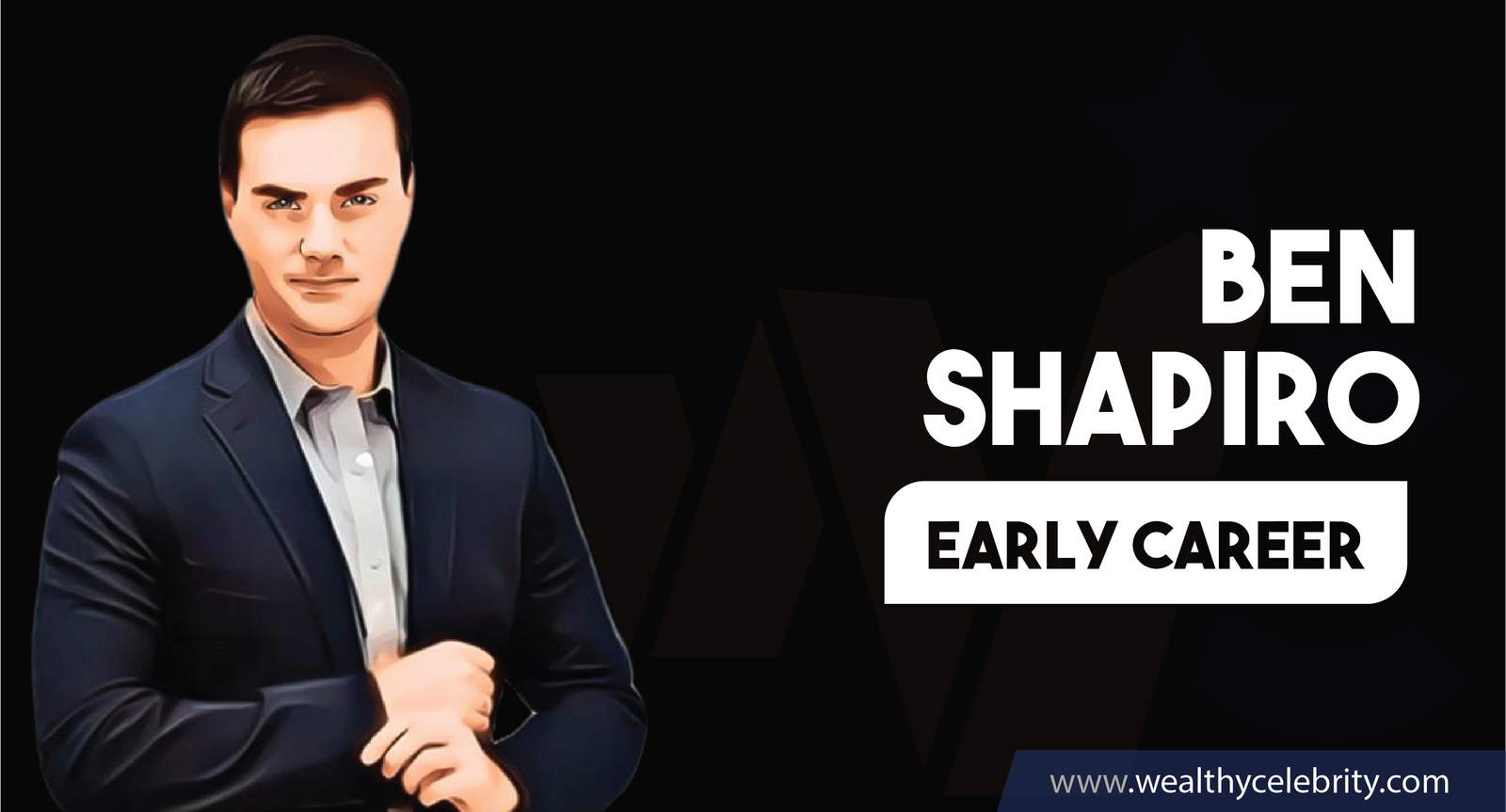 Ben Shapiro’s career revolves around writing. He is a columnist and an author of bestsellers. Ben is the founder and editor-in-chief of The Daily Wire. He also pens a column for Creators Syndicate.

Ben’s Facebook posts are the most shared posts on social media consistently within a month. Newswhip released a social media report in October 2019 that declared Ben Shapiro’s The Daily Wire was one of the most popular media outlets on Facebook. It was noted that it narrowly swept across the New York Times and Washington Post for engagement. As per the traffic statistics available publicly, Ben Shapiro’s websites and social media accounts have been estimated to generate $500,000 per month as revenue.

Ben Shapiro has also worked as a host for different shows. He joined KRLA-AM 870 as a host in 2012 for their morning radio program. Heidi Harris and Brian Whitman were also along with him for this venture. As time passed, he got to be one of the hosts for The Morning Answer by the year 2016. This radio show was graded as a conservative one.

As Ben Shapiro, along with Boreing, founded The Daily Wire on September 21, 2015, he took over as editor-in-chief and used to be the host of his online political podcast named The Ben Shapiro Show.

This podcast reached the ranking as the second most popular podcast by Podtrac during March 2019.

Furthermore, as per Westwood One, The Ben Shapiro Show is being given significance by more than 200 stations.
Ben as Speaker

That’s not all for Ben! A very few people know that he is also a speaker at different college campuses across the United States. He often represents a conservative approach on various controversial subjects in his speeches. As per the details, Ben Shapiro has spoken at 37 campuses in early 2016 and that of late 2017. 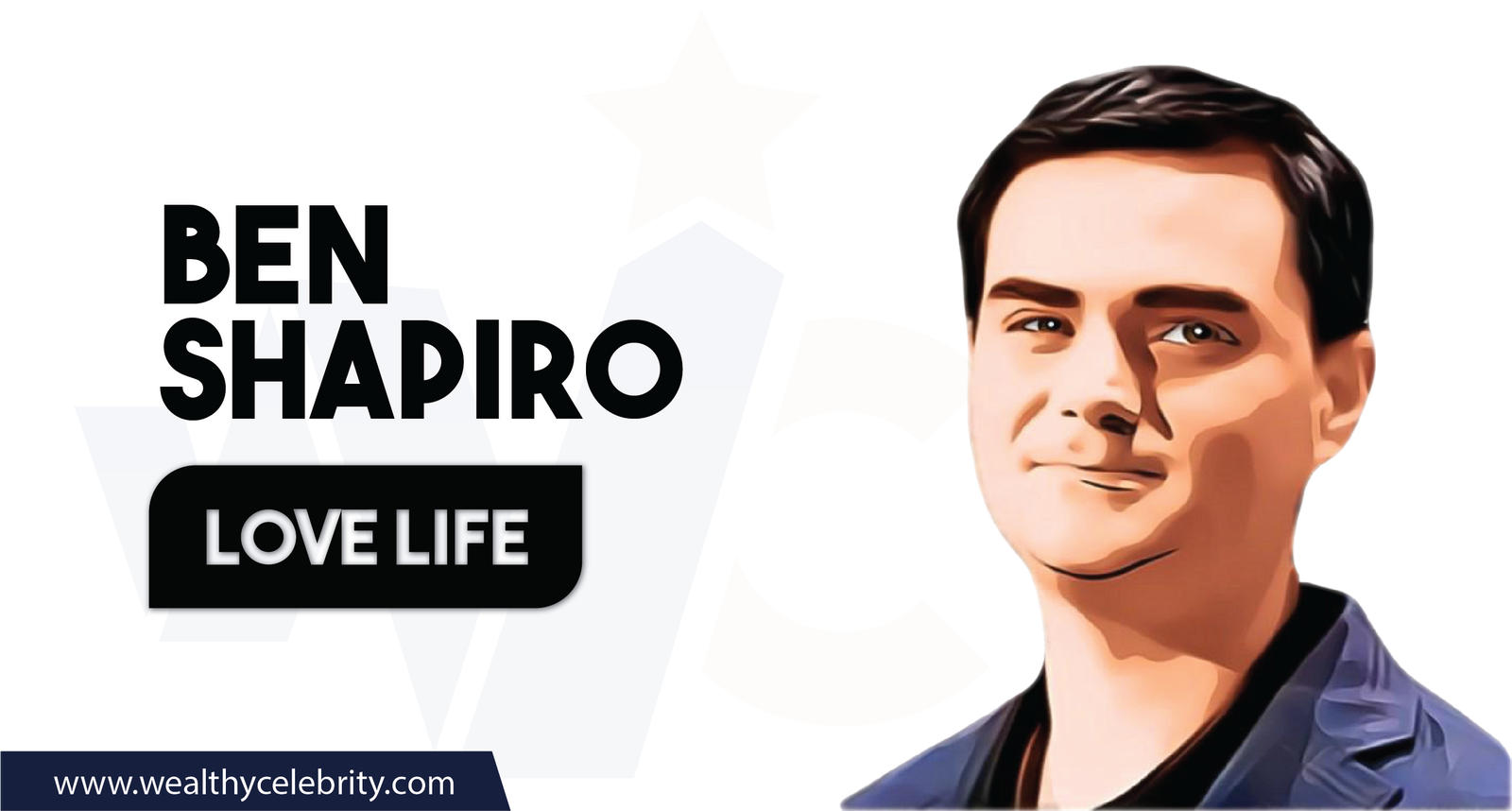 The couple has three children together, including two daughters and a son. As per religious practices, Ben and Mor practice Orthodox Judaism. They have been living in Los Angeles, according to the information of November 2017. 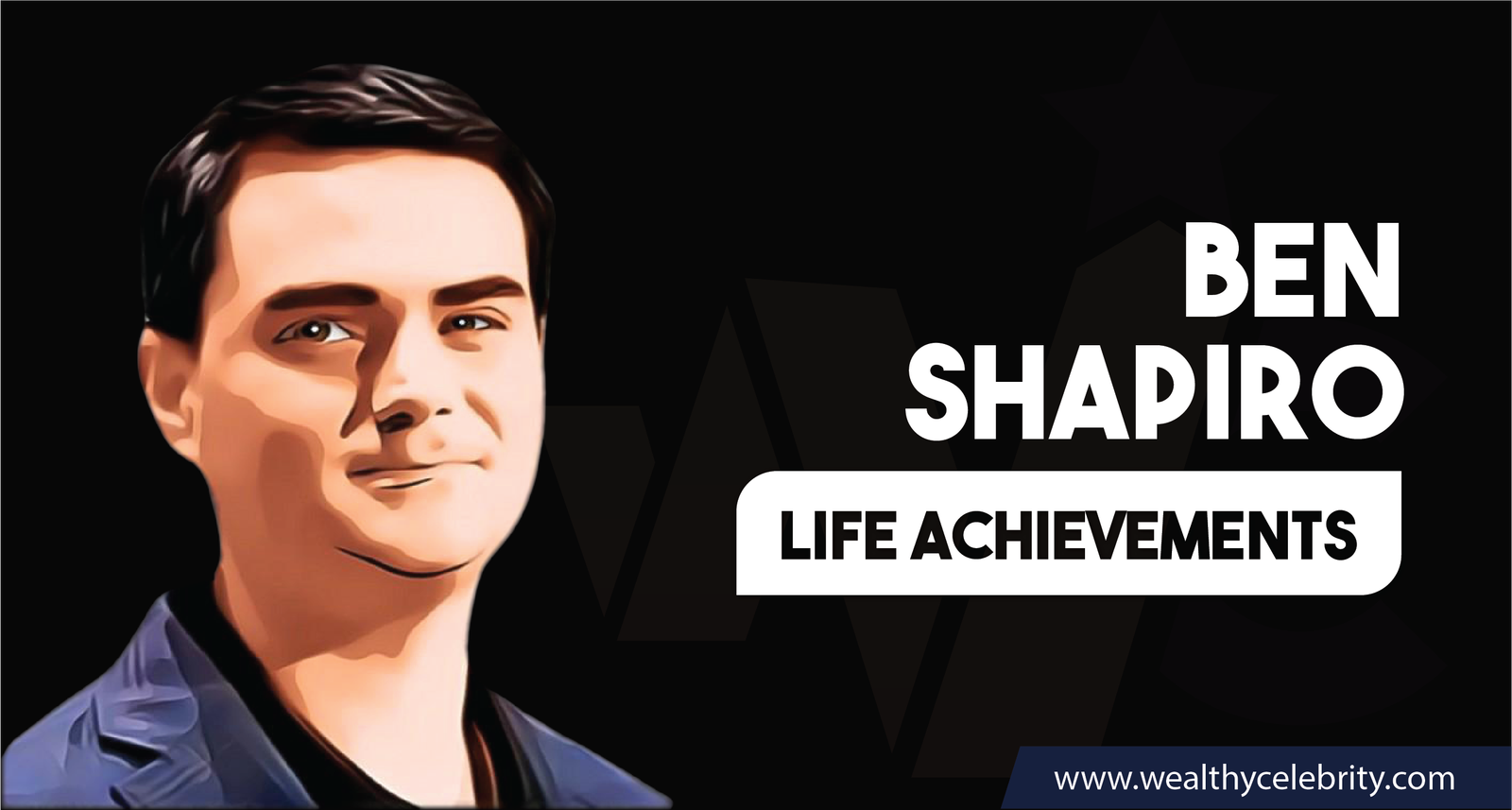 Here we have got some highlights to Ben Shapiro’s successful career that has made him reach such a brilliant net worth today:

Q: What is Ben Shapiro’s place of birth?

A: Ben Shapiro was born in Burbank, Los Angeles.

A: Benjamin Aaron Shapiro is his full name.

Q: What is Ben Shapiro’s height?

A: Ben is living a happy life with his partner Mor Shapiro, a doctor by her profession.

Q: What is Ben Shapiro’s hobby?

A: Ben loves to spend his time with his family and friends. He also loves to travel around the world.

Ben Shapiro’s podcast is one of the most successful experiences that made him gain much popularity. Although his views have been conservative for different controversial subjects, he is gaining popularity over time. Ben Shapiro’s net worth is evidence of his achievements until the date.

Do you have any of Ben Shapiro’s popular social media posts to share with us? Your feedback will add up to this information for all of us!

Ben gets major respect from me. He is a nice person. Love him.