Claudia Jessie Peyton, better known as Claudia Jessie, is an England-based actress, television personality, and model. She is best known for appearing in the famous Netflix series “Bridgerton.” Moreover, she is renowned for appearing in other local and international productions, including “WPC 56,” “Vanity Fair,” and “Their Finest.”

Furthermore, as of 2023, Claudia Jessie’s age is 33 years, and she is currently working on her upcoming project, “Defending the Guilty.” 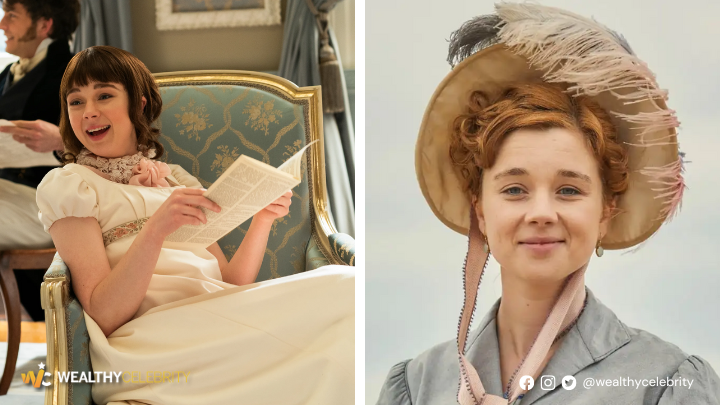 Claudia Jessie’s birth name is Claudia Jessie Peyton. She took her first breath on October 30, 1989, somewhere in Mosely. Her mother’s name is Dawn, and the information about her father and siblings is not disclosed to any media right now. Well, currently, Claudia Jessie’s age is 33 years, and her zodiac sign is Scorpio. Furthermore, she holds British nationality, follows Nichiren Buddhism as her religion, and is of white ethnicity. 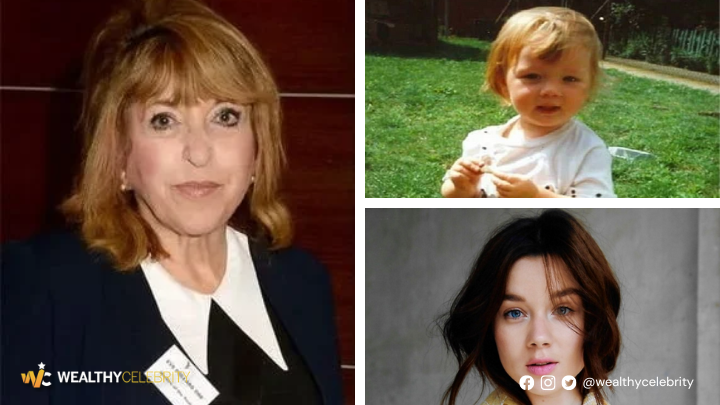 Claudia Jessie is one of the most attractive Netflix stars in the British entertainment industry. Her height is 5 feet 6 inches or 168 cm, her weight is 55 kg or 121 lbs, and her body measurements are 34-24-34 inches. Moreover, Claudia is blessed with beautiful dark brown hair with blue eye color naturally. 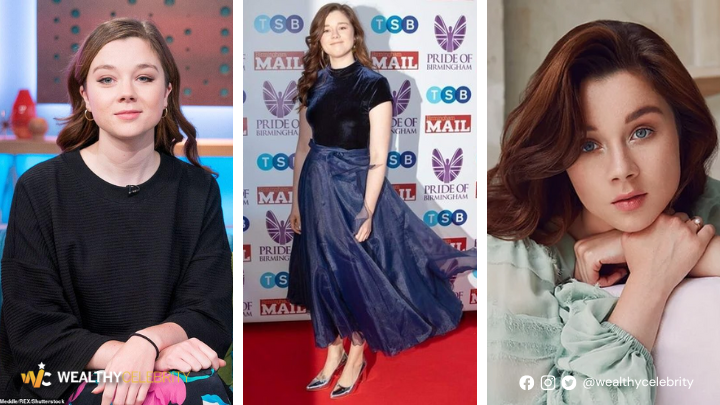 Claudia Jessie started her career back in 2002. She worked in countless small theater plays and productions. And reportedly, Claudia worked hard to get an inspiring project until 2012, when she signed a contract with Hannah Philips – who helped Claudia get notable local projects.

Later, in the same year, Claudia got cast in “Rosie“, a short film, and “Doctors,” a TV Series, where she got cast as Kate Marshall. One year later (in 2013), she appeared in several notable TV series, including “House of Anubis,” “The Paradise,” and “Casualty.” 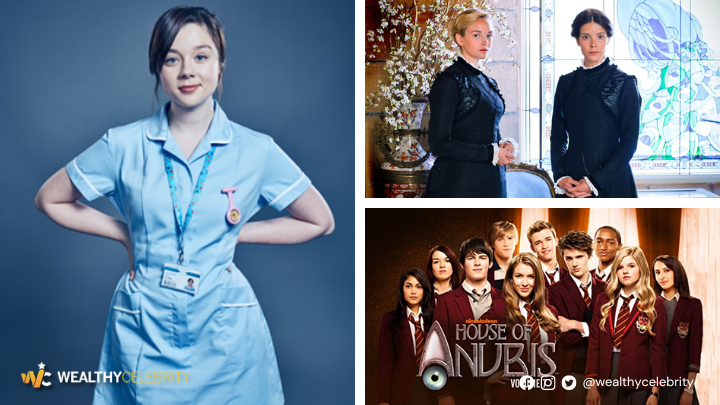 Claudia Jessie’s Pictures from her Notable  Tv Series “Doctors,House of Anubis, and The Paradise”

And in 2020, she got cast in the worldwide famous Netflix series “Bridgerton,” where she worked as a second lead character whose name was Eloise Bridgerton. Talking about Claudia Jessie’s current projects, right now, she is working on the series “Defending the Guilty.” 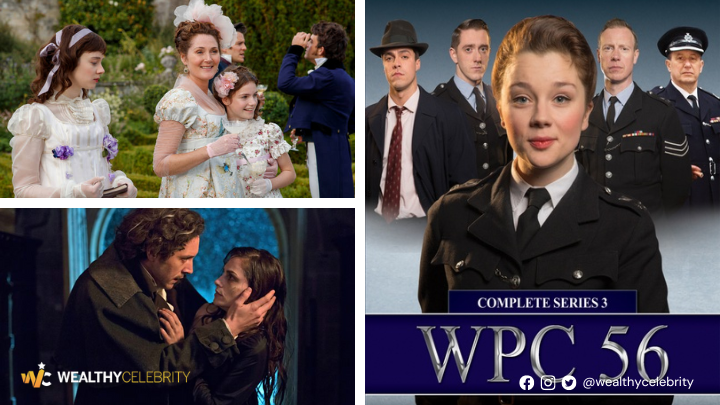 See Also:  All About Ash Kaashh - Know Her Age, Net Worth & Everything

Claudia Jessie isn’t that frank about her personal life. She hasn’t clearly stated anything about who she is dating, but Claudia once revealed that she is going to get married soon to her long-term boyfriend – Joseph. And unfortunately, the information about her soon-to-be husband is not disclosed to any media right now. 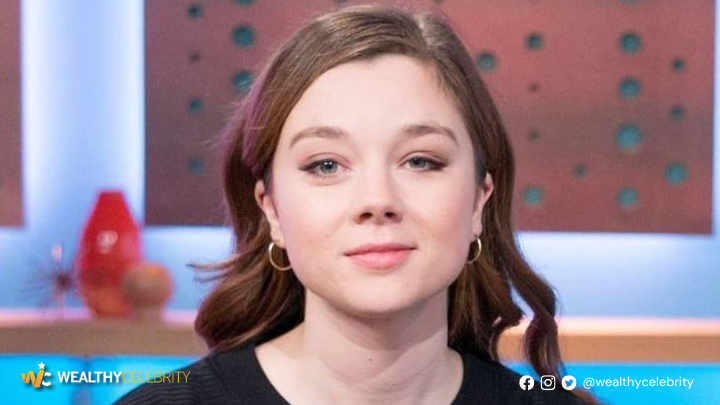 Picture of an English Based Model “Claudia Jessie”

Claudia Jessie is a well-known British actress who has an estimated net worth of $5 million. Moreover, the estimation of her net worth comes from her thriving acting and modeling career. 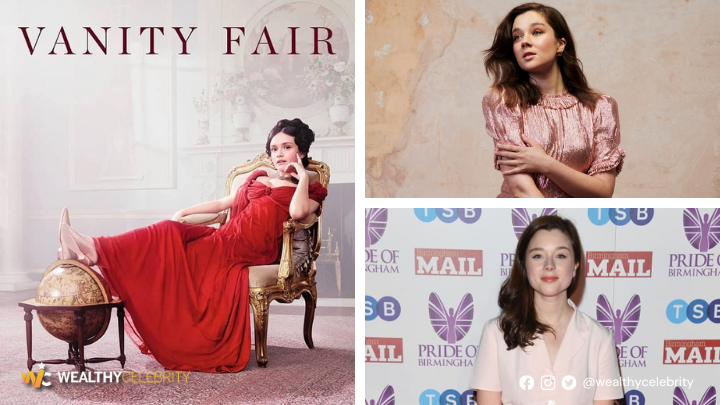 Claudia Jessie’s Pictures from her Acting and Modeling Career

Claudia Jessie is a passionate personality present in the England entertainment industry who has been serving her fans the best throughout the years 2012. And after watching her grow, people were curious to discover her personal and professional life insights. That’s why we wrote this post for you all – we hope you guys found it informative. 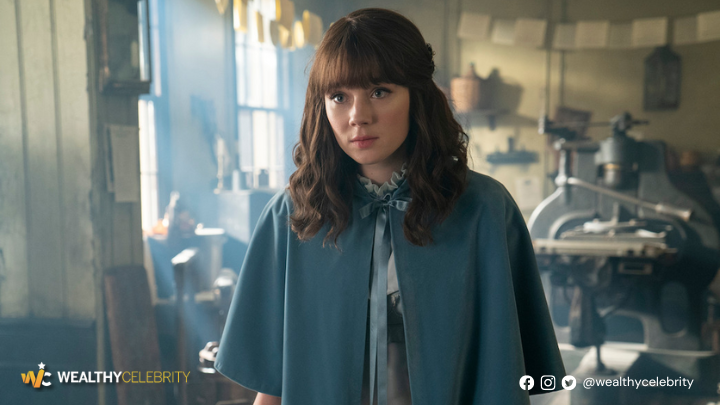 Q: Who is Claudia Jessie from Line Of Duty?

A: Claudia Jessie is an England-based English actress, television personality, and model - best known for her role in the famous Netflix series "Bridgerton".

Q: Who are Claudia Jessie's parents?

A: Claudia Jessie's mother's name is Dawn (profession unknown), and the information about his father is not disclosed to the internet right now.

Q: Who is Claudia Jessie's boyfriend?

A: Claudia Jessie's boyfriend is Joseph.

A: No, Claudia Jessie isn't married, but she is in a live-in relationship with her long-term sweetheart Joseph.

Q: How tall is Claudia Jessie?

[…] Sethi, better known as MS Sethi, is an Indian-American plus-size fashion model, media personality, and social media influencer. She is famous for her social media profiles, […]