Elisabeth Fritzl is a kidnap survivor who suffered the evil side of her father, Josef Fritzl, who sexually harassed and tortured her for 24 years in a dark basement. Also, she gave birth to seven children whom she had with her father. To be true, the Elisabeth Fritzl story will seem like a horror movie to us, but for Elisabeth, it was her life, which got retold in the Elisabeth Fritzl documentary titled Lifetime’s Girl In The Basement.

Well! The real question that pops into our mind is how did Elizabeth Fritzl escape, and if you want to get the answer to this question, start reading this post carefully until the last line hits you up.

Elisabeth Fritzl Life Before Being Captor By Her Father Josef Fritzl

Elisabeth Fritzl was born in 1966 in Austria to Josef Fritzl and Rosemarie Fritzl. Elisabeth was the youngest of six siblings – three brothers and three sisters. Elisabeth Fritzl’s siblings were studying in hostels. That’s why she was close to her parents, especially her father. But unfortunately, her father misused her attention and captured her in their house’s dark basement.

What happened to The Girl In The Basement Elisabeth Fritzl?

On August 28, 1984, Josef Fritzl (Elisabeth’s father) called his 18-year-old daughter Elisabeth into the basement of their family’s home in Austria. He was refitting a brand new cellar door and needed help to carry it into the basement. But he tricked her and covered her face with a towel. And for the next 24 years, the only thing Elisabeth saw was the inside of that basement-based cellar.

During her awful time in the basement, Josef sexually abused Elisabeth. And during that time (24 years), Elisabeth gave birth to seven children – all of which got fathered by Josef. 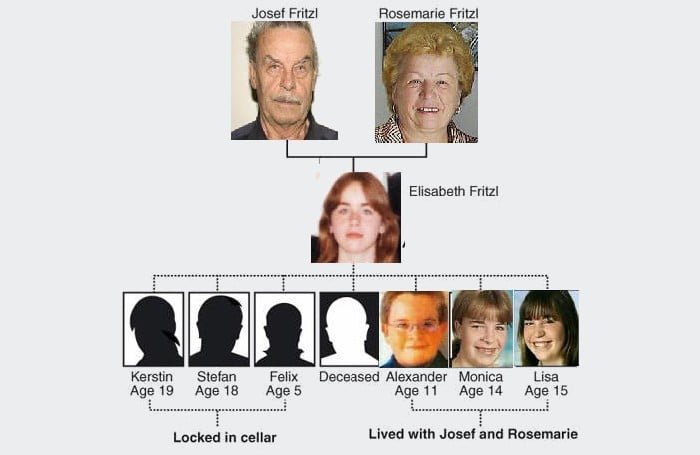 The Fritzl Family (The Psycho Father, Foolish Mother, Unlucky Daughter and her kids) 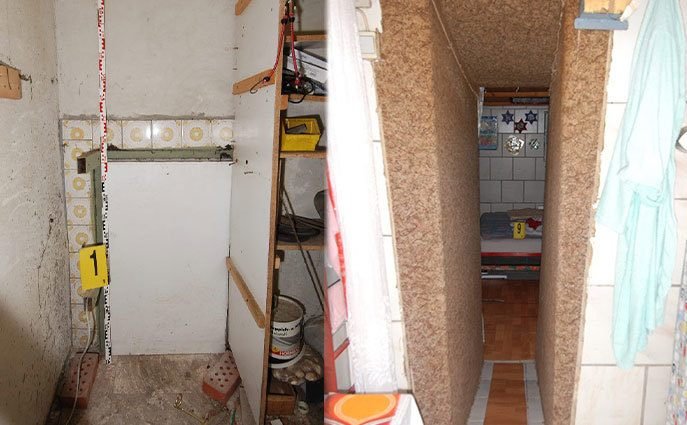 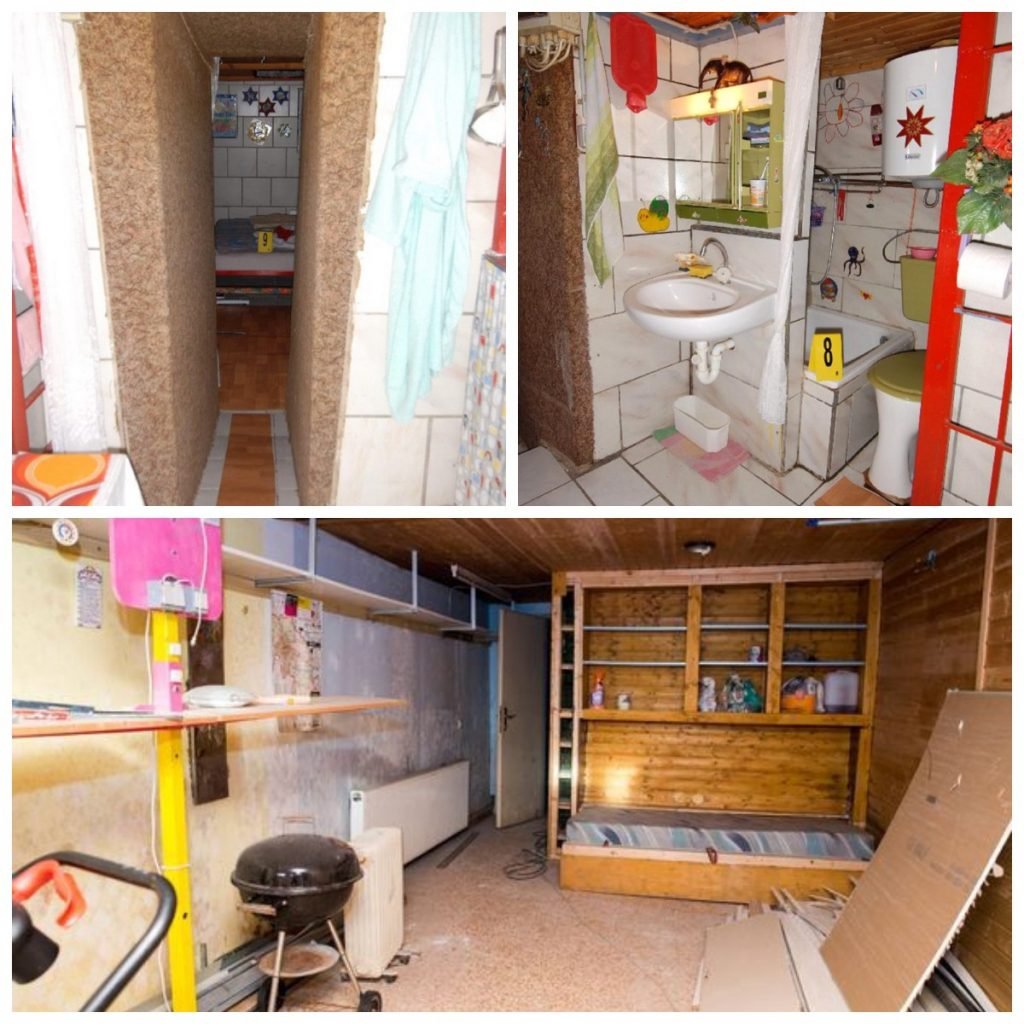 House of Horrors – Basement of Elisabeth Fritzl Where She Spent 24 Years.

How Did Elisabeth Fritzl Escape?

Later, when police arrived, they reopened the Elisabeth Fritzl sudden disappearing case. And after one day, Elisabeth gave a surprise appearance in the hospital to see her daughter. After her sudden appearance, the police took Elisabeth to the police station to ask questions, and slowly she revealed everything that happened to her in the basement. 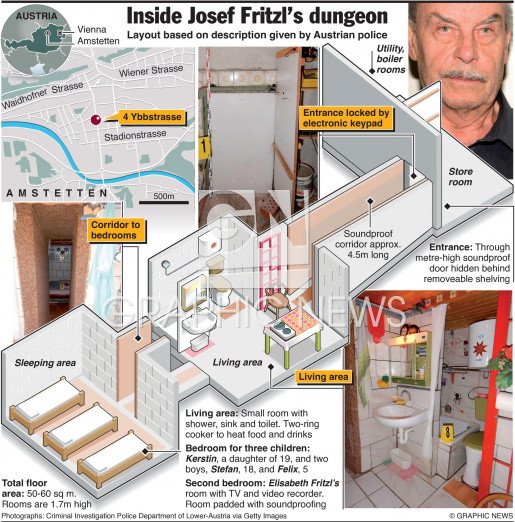 What Happened To Josef Fritzl After Elisabeth Told The Truth To The Police?

After Elisabeth told everything that happened to her in the last 24 years, the police arrested Josef on the go. And after the complete investigation, the court ordered the police to keep Josef behind steel bars for the rest of his life. Well, Josef Fritzl died three years later in jail for some unknown health issues.

After Elisabeth got released from that hell, the court ordered her to change her identity and start a new life in a small hamlet in Australia with her six surviving children. And as of now, she is still living in Australia with her husband Thomas Wagner and doing a teaching job, as she loves to spend her time with children.

Elisabeth Fritzl first saw sunlight after being held in a basement by her father for 24 years when she went to the hospital to see her daughter Kristen, who required immediate medical treatment. Well, one thing is for sure those 24 years weren’t easy for Elisabeth in any sense, as she faces many horrible things at such a young age.

Q: Is the Elisabeth Fritzl movie based on a true story?

A: Yes, this horror movie is based on a true story of a girl who got captured by her father for 24 years.

A: No, according to the official reports, Josef is not alive, as he died after three years in jail.

Q: How many children did Elisabeth Fritzl have with her father?

A: Elisabeth Fritzl has seven children with her father, but unfortunately, one died right after the birth.

Q: How old was Elisabeth Fritzl when she was sexually abused?

A: Elisabeth was only 18-years-old when her father started to sexually abuse her.

A: Yes, Elizabeth found true love at the age of 52. She fell for her bodyguard Thomas Wagner who was a 29-year old man. Currently, they are living happy life.

See Also:  Who is Paige Reffe? Everything About Deborah Birx' Husband
Click here to cancel reply.