Abraham Lincoln was born in a single-room cabin on February 12, 1809, in Kentucky. He was a lawyer by profession and an American statesman who later became the 16th president of the United States and is the winner of the American Civil War—that ended slavery in the country. His leadership not only merged divided America but also put the USA out of its tumultuous time. He was a critic of slavery citing it as immoral and did all he could to end slavery in the country. Right after he won the presidential elections American Civil War broke out between the South and the North; however, he suppressed the usurpers. He was a truthful being and a humanitarian by the soul.

He not only preserved the Union, abolished slavery, but also modernizes the economy of the United States of America. As he was regarded as one of the great statesmen of American history so we decided to put together his thoughts for you guys. It is imperative to mention here that although he was a critic of slavery, his position on equals rights for black men was not so good. He said that black people should not get the right to vote or intermarry white people etc. However, in his last speech before he got assassinated he argued that black men who have served the Union in the war should get the right to vote. Buckle up and enjoy the text.

He entered politics to serve his nation and joined the political party (The Republican) in 1854. His leadership qualities made him famous. He was a man of principles and preferred to surround himself with the most effective minds. He never compromised on righteousness and not once worried about the opposition. He believed that when a man is obvious on what he wants to do then he should do it without discerning about anything.

Have These Abraham Lincoln Quotes On Leadership Inspired You?

Liberty or freedom is the dearest and important thing for a human being. They cannot be chained and put in a cage rather they want to be free till their death. Want to freely express their ideas, opinions to the world. People have taken a stance against the harshest of oppressors when they saw their liberty being taken away or tarnished. Humans by nature want to be free and will agitate to the best of their capabilities when someone or something curbs their liberty. Here are some of Lincoln’s thoughts on Liberty.

Lincoln had very limited access to formal education, as he has to work continuously to support his family. His father was a farmer and an illiterate, but his stepmother encouraged him to read. He did his law private and accustomed travel miles to borrow books.

Lincoln witnessed slavery, the way white landlords treated their black slaves was miserable and he had an awfully soft corner in his heart for these slaves. He believed that all men are born equal and should be treated equally. He was against racism.

A form of government where people decide who among them is the most competent to rule or govern them is known as Democracy. People have often criticized Democracy and highlighted its limitations; however, right at this moment there is no alternate to it and this is the best possible option for humans. We can and should eliminate the shortcomings and make it more perfect and viable for humans. Here are some of the quotes of Lincoln about Democracy.

Lincoln was the one who led America through a civil war (1861- 1865), which began with the conflict of the enslavement of black people. He outlawed slavery in the country and shaped the union military strategy. Abraham Lincoln was Moses for African Americans. He was anti-slavery and believed that all slaves should be freed and treated like other members of society.

Many leaders want Lincoln to compromise on slavery but he never conceded. His famous “house dividing speech” made his vision clear in front of the world. His vocalizations in favor of Black people made him controversial and, it was the prime time that a Negroid stepped into the white house on his oath-taking ceremony.

The curse of slavery still exists in the world in new forms and shapes that need to be curbed out. No human should be taken or sold into slavery; it’s a disgrace to humankind. See below what Abraham has said about slavery:

War becomes inevitable when we face an oppressor; it becomes do or die situation. Abraham fought the war for his country and his countrymen for a new dawn. And certainly, he achieved what he wanted. Leaders always buy peace for their people to the last moment and when war becomes necessary they fight on the front lines like Lincoln. Some of his quotes on civil war are as follow:

Abraham Lincoln was known for his enchanted power to make classical speeches. During the American Civil War, he made the famous “Gettysburg address” that leaves its mark in American history.

This is the audio version of historical words spoken by this gentleman.

Check out this fantastic collection of Abraham Lincoln quotes wallpapers below: 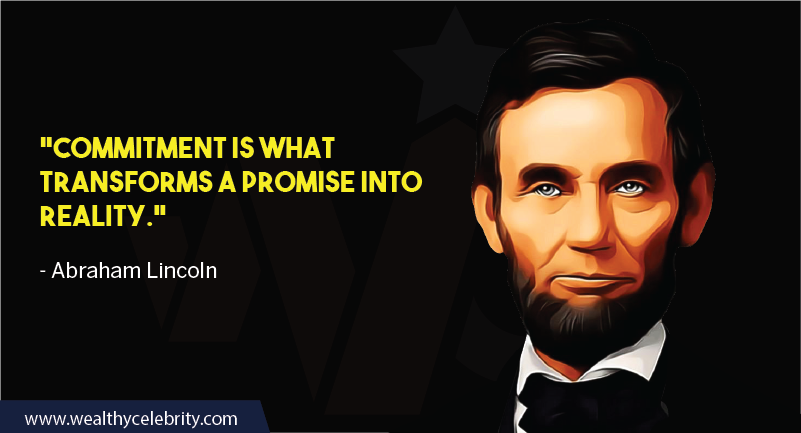 Abraham Lincoln about commitment and promise 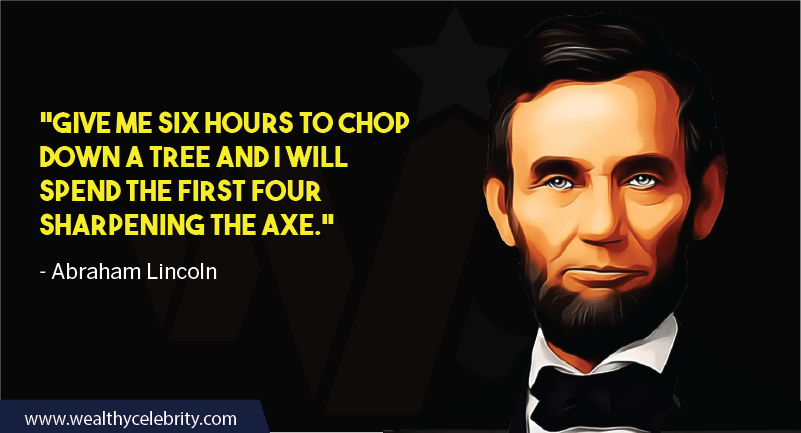 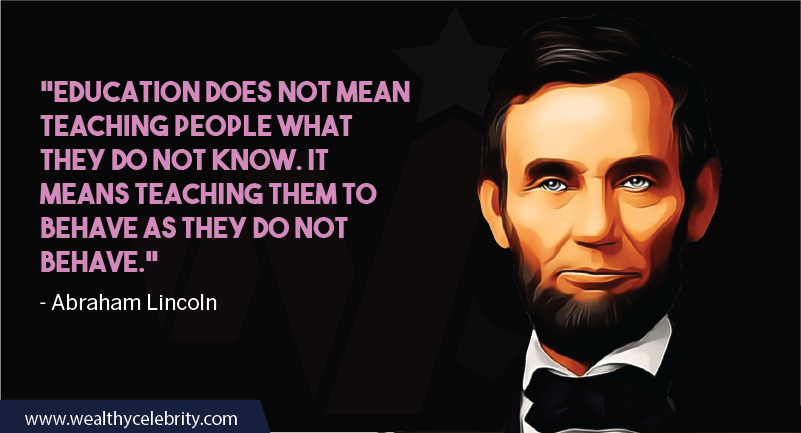 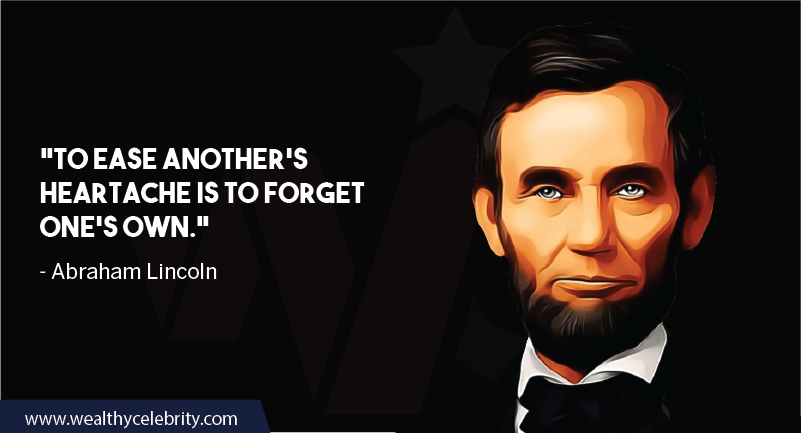 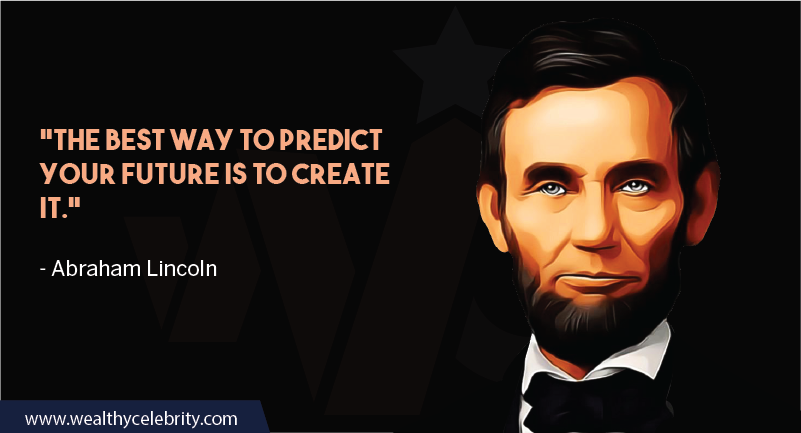 Abraham Lincoln about future and motivation 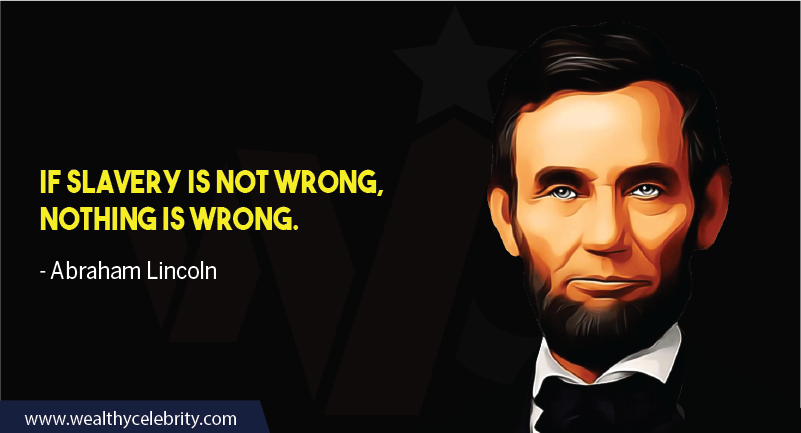 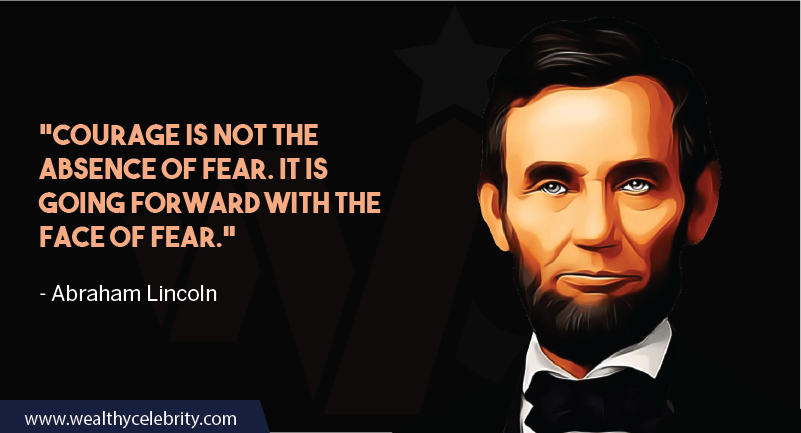 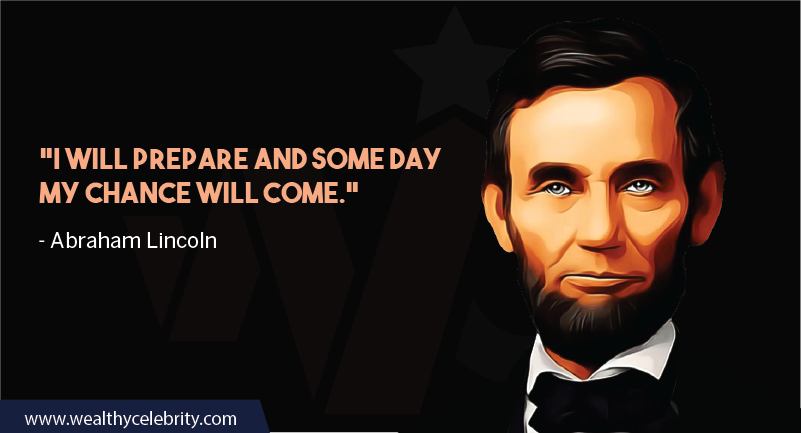 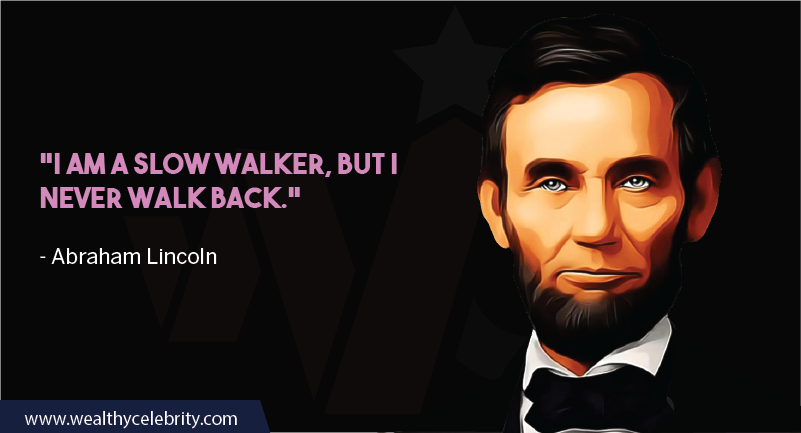 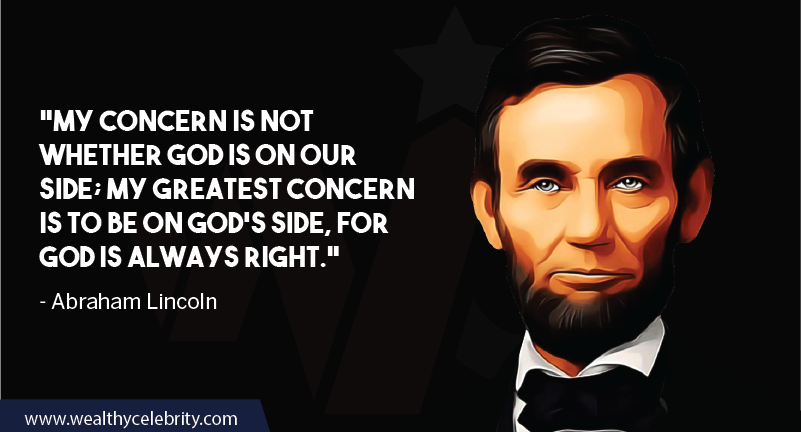 On April 14, 1865, he was shot dead by one of the famous stage actor’s John Wilkes in Washington DC. A conspiracy near the end of the civil war leads to this sad calamity. He was mourned throughout the world and is considered as a prodigious forfeiture in the history of American leaders.

Abraham Lincoln was a dream man for African Americans. He will always be remembered in golden words in the history of Americans. He made a huge contribution to modernizing American politics.

These are some of the best and amazing Abraham Lincoln quotes for you people, hope this will stir a new fire in you and will make you something more than just a self-centered person.

What is your favorite quote by Abraham Lincoln? Drop your views in the comment box.

I used to read about Abraham Lincoln while I was kid but never realised the deep meaning in his sayings. If people like him became the leader in today's world, I am more than 100% sure that disgusting things like racism will vanish from the face of the earth. If we just take his words on equality we can do wonders in this world but unfortunately leaders of today's world always support such things for their personal gains.

We second your opinion that if leaders of today's world became like him or even just follow half of his teachings then world would be a much better place to live in. Anyhow things are moving on slowly but we believe in the end positivity will prevail.