Bob Ross was one of the highest-paid painters of America and a television host. His television program “The Joy of Painting” made him eminent, and aided him to reach the heart of millions of art lovers. He was the master of the wet-on-wet painting technique and spend his life as a painting instructor. The wet-on-wet technique allowed him to complete a whole painting in less than an hour and astonished his audience to an extent with his skill.

Born as Robert Norman Ross, in Daytona (Florida), on October 29, 1942, Ross has dropped the school in ninth grade. He served in the US Air force where he took his first lesson on painting in Anchorage, Alaska United Service Organization club. According to Ross, he was hooked to painting after the first painting lesson. After returning from the Air force, Ross joined various art schools to satisfy his passion and ended up learning the wet-on-wet technique from William Alexander.

He taught this technique to several friends and colleagues, and in the early 80’s he was given his TV show dedicated to the wet-on-wet technique. The popularity of the show (The Joy of Art) led it to be carried away by more than 275 stations.

Famous Bob Ross Quotes and Sayings to Brighten Your Day

Bob was a famous artist. He wears art and speaks art. His quotes are artistic and leave an impression on the reader. Let’s have a look at some of the legendary quotes from Bob Ross.

Bob Ross was a skilled painter and have pursued his passion throughout his life. His quotes on the painting are also very enjoyable so let’s have a look at them.

As an artist, the tree was Bob’s best friend. He was a typical artist who can talk to anything.

Bob was a talent bomb himself and appreciated and promoted talent throughout his life. ‘

Ross believed it’s ok to make mistakes and these mistakes are not Mis Takes but an accidental take to make a new take.

Check out this fantastic collection of Bob Ross quotes wallpapers below: 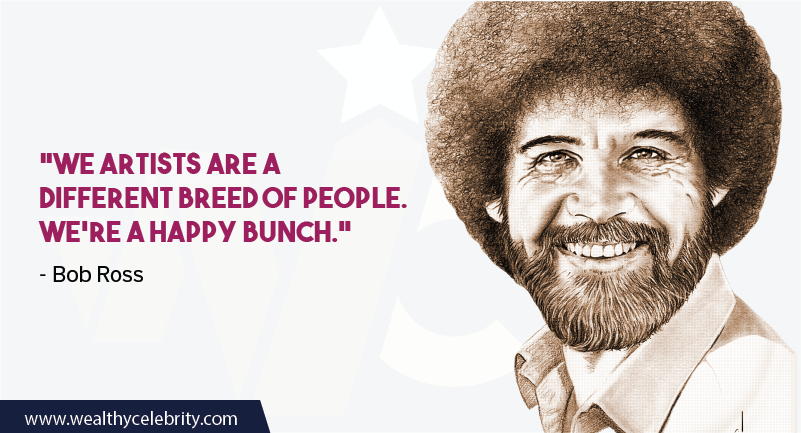 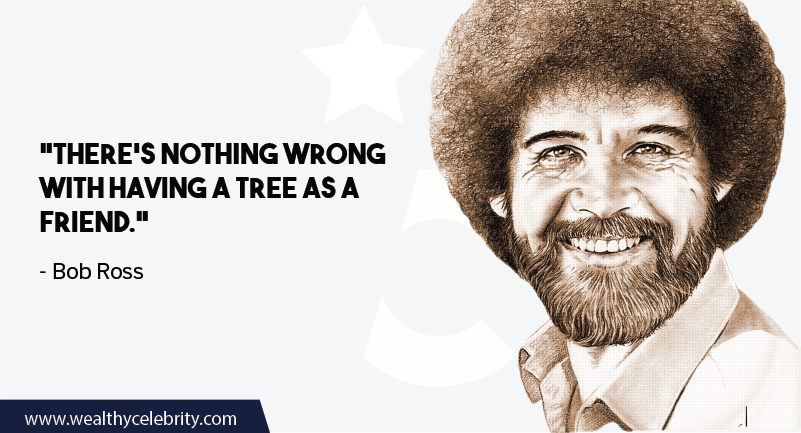 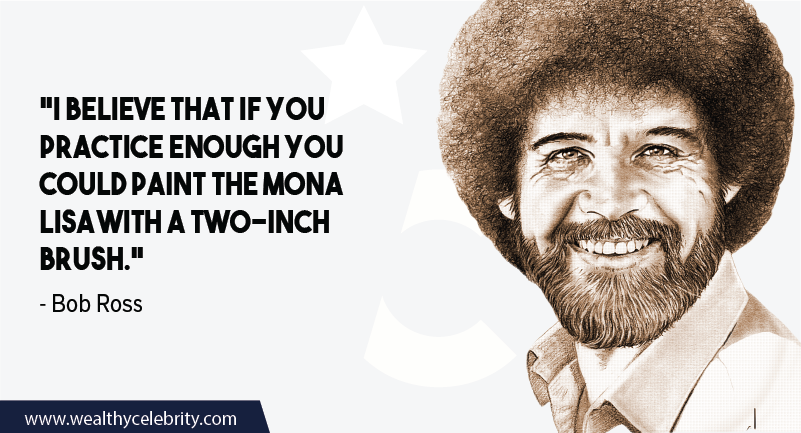 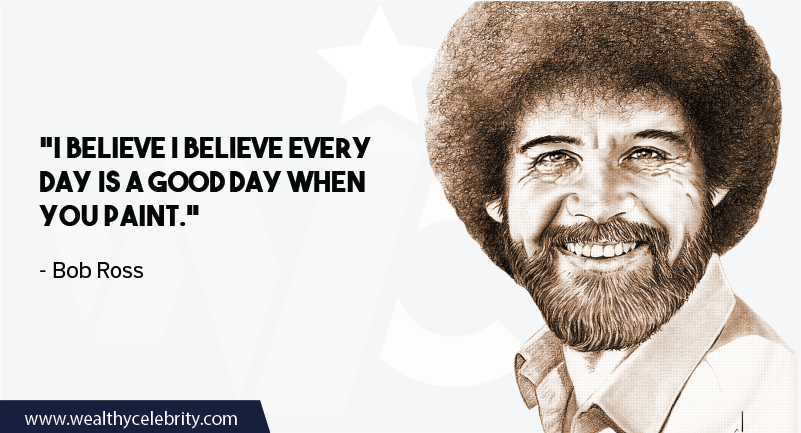 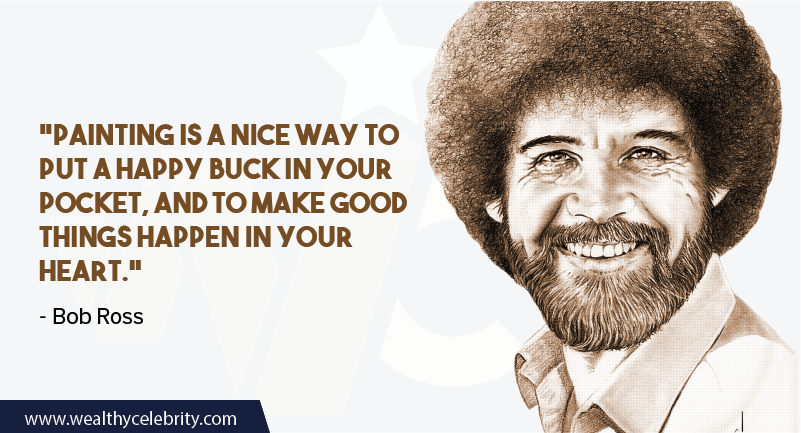 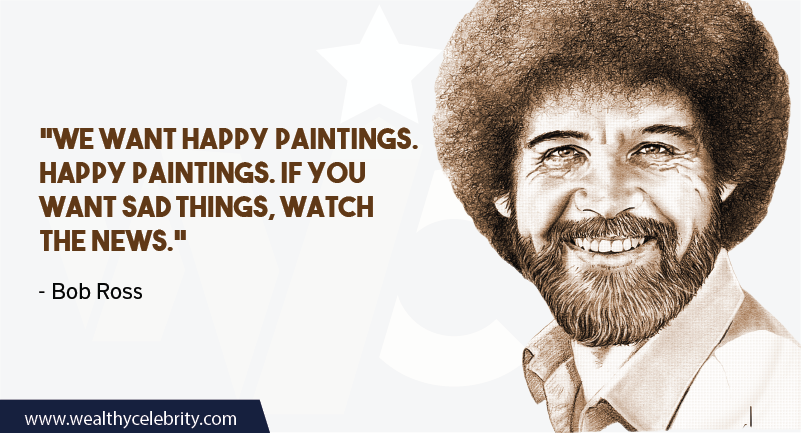 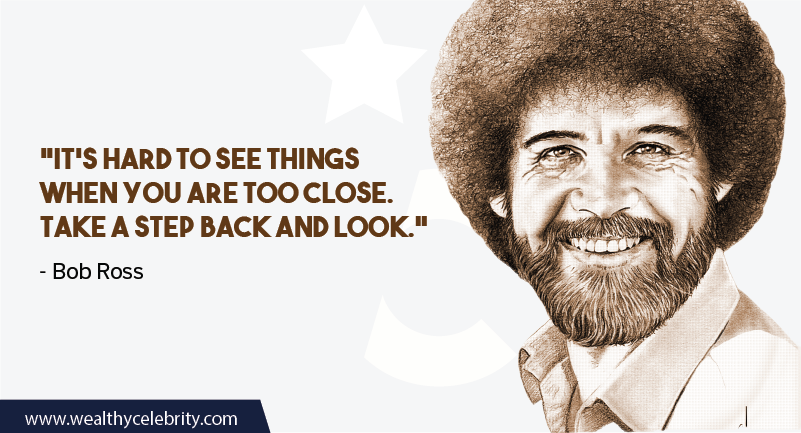 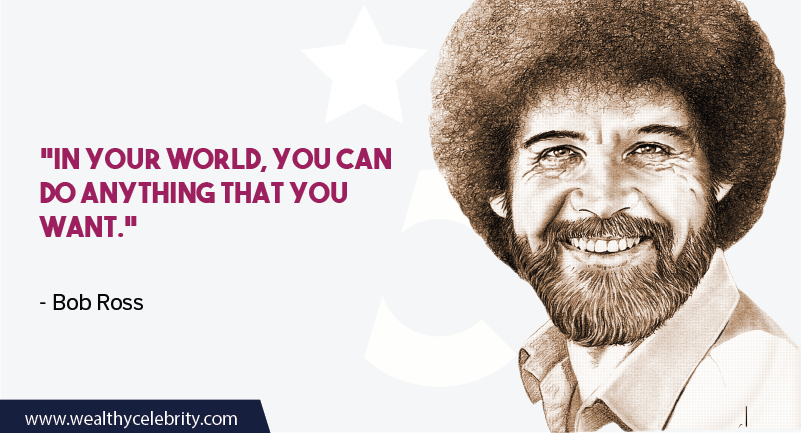 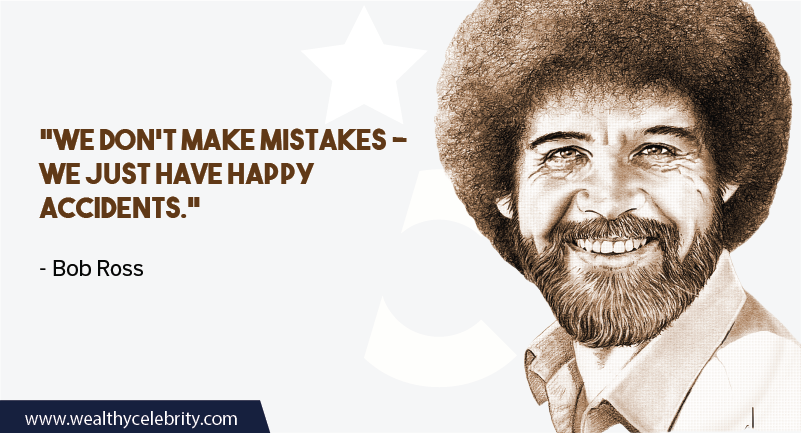 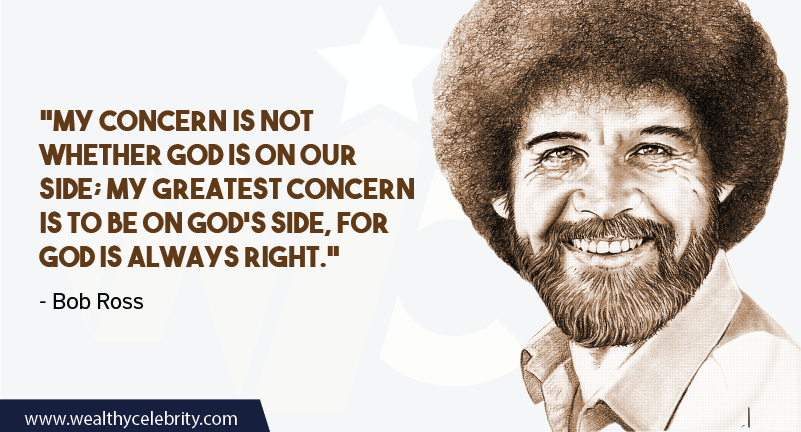 Bob Ross died on 4 July 1995 from lymphoma. All his paintings were given in charity or to PBS stations. His techniques and “The Joy of Painting” will always be an inspiration to millions of artists. He was a giver and we hope he would be painting vivacious sceneries of heaven.

Don’t forget to give your valuable comment on Bob Ross’s life and quotes.

If you liked this article you will also enjoy Oprah Winfrey quotes.