Just as today’s generation gets the name of Kevin Hart in their mind when it’s about stand-up comedy, when it comes to some legends of the time, George Carlin has no match. He was an American stand-up comedian, satirist, writer, actor, social critic, and author. George Carlin is the top comedian of all time with five Grammy awards in his achievements. Moreover, you might have come across George Carlin’s quotes having excellent humor, political views, observation on language, and religious point of views. However, George Carlin’s contribution to American culture and humanity is priceless and beyond earthly limitations.

The master of comedy produced more than twenty albums. George Carlin was a US Air Force recruit. The famous comedian George Carlin was born on May 12, 1937, in Manhattan, New York, US. The state cried on of his death on June 22, 2008. He was arrested for uttering the ‘Seven infamous Dirty Words’ and even faced trial during his overall career. Though, the Supreme Court of the United States titled him as ‘Significant Social Satirist’. Although people say he is a conspiracy nut, it brings lots of laughter when you watch his videos with an open mind. If you want to find Carlin somewhere in history, then you have plenty of Carlin content; 23 albums,14 HBO, 130 Tonight Show, and three book publications.

How did George Carlin die? And when did America suffered this significant loss? George Carlin’s death cause was heart failure and passed away in 2008. Before his death, he was hospitalized at Los-Angeles-area hospital. However, the great human lived 71 years on earth and gave the nation priceless treasure.

Before death in 2008, Carlin stated the following words in his final interview,

“Sometimes people say, ‘Do I try to make the audience think?’ I say: ‘No no no,’ because that really would be the kiss of death,”

Carlin was awarded the Mark Twain Prize for American Humor in 2008, after his death. Furthermore, George Carlin was ranked second on the list of the 50 Best Stand-Up Comics of All Time by Rolling Stone Magazine.

Everyone’s way of tackling life and love is quite different from one another. Similarly, George Carlin’s quotes about love and life are pretty funny. He used to explain these facts with the flavor of his comedy. Here some of the George Carlin quotes make laughter regardless of the mood you’re in or the area you’re seated. 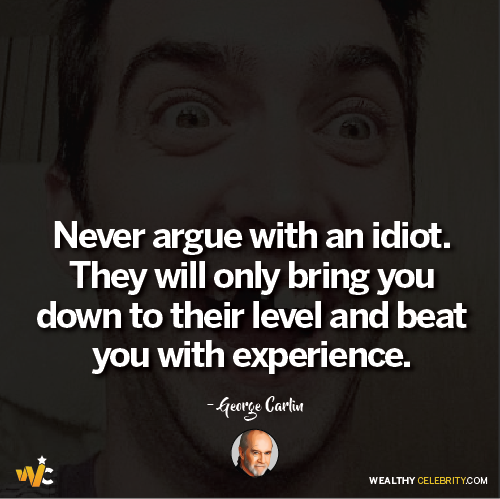 George is quite famous for writing on national politics. He believed that every individual is brilliant in themselves. However, he believed that if we group them all, their values will easily manipulate by politicians. Many people used to be left insulted at his implication, yet they believed his reasoning was responsible at all. 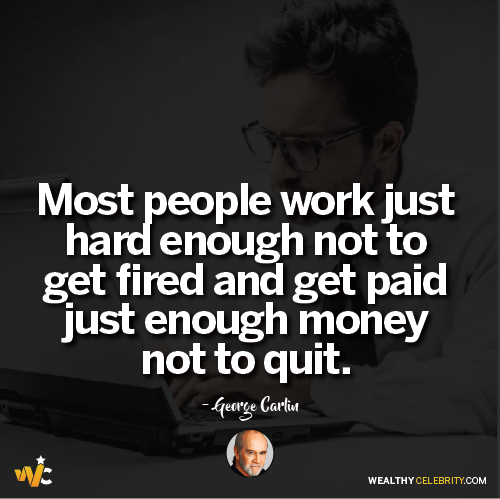 Best Inspiring Quotes by George Carlin of all Time:

Every time some things keep a man going through the ups and downs of life. Meanwhile, suffering in adverse circumstances, it’s necessary to stay motivated. So, either it’s your educational race or business competition, George Carlin’s quotes can be best for never letting you down. 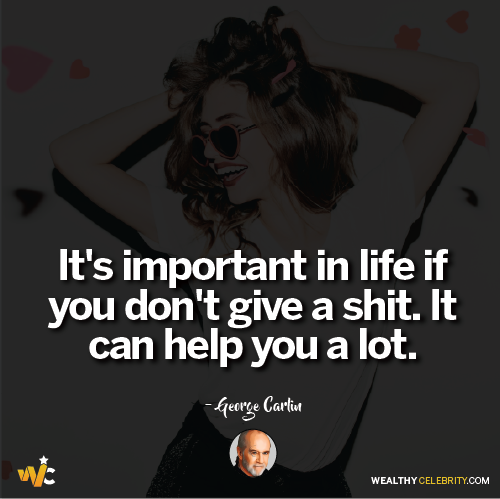 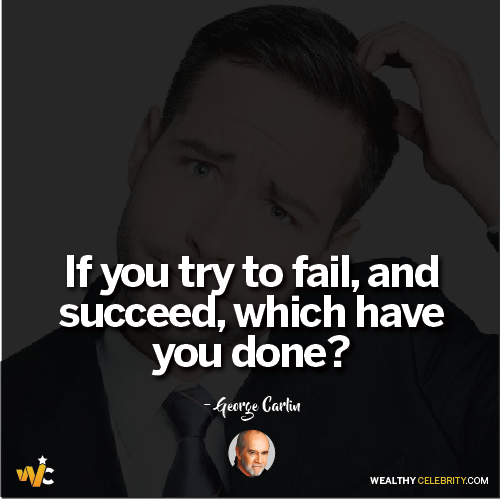 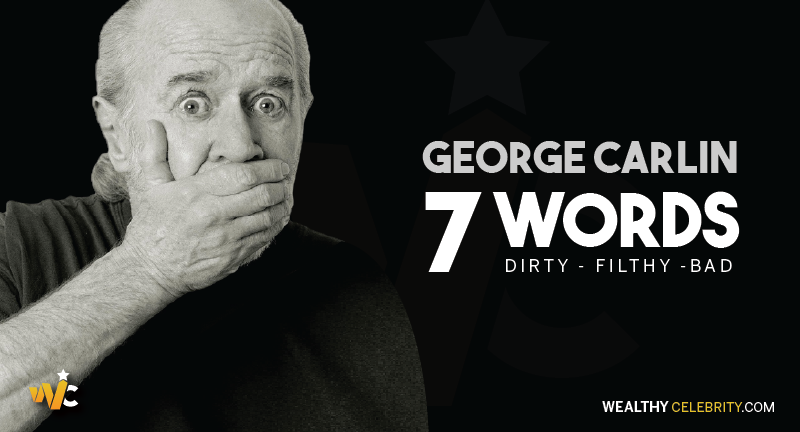 Once during the performance in 1966, a comedian named Lenny Bruce said that he had been arrested once for saying nine-word: “ass”, “balls”, “cocksucker”, “cunt”, “fuck”, “motherfucker”, “piss”, “shit” and “tits”. Later on, in 1972, George Carlin released Class Clown- his fourth stand-up album. It contained a track named “Seven Dirty Words You Can Never Say on Television“. It was a monologue in which Carlin identified some words and expressed astonishment that these seven words cannot be used regardless of the purpose of context. The original seven words named by Carlin are as follows:

Furthermore, Carlin has been using these words at various times. Yet someone of parts or all performances that included George Carlin words are:

Just Carlin has been talking about death in his last interview; also, he has quoted many famous and notable quotes about death. He explains the facts and truth behind the death of humans as well as their soul. At times when people are physically seen, there seemed to be dead morally and spiritually. To feel this reality and keep scrolling to read George Carlin’s quotes about death.

Although Carlin wasn’t the biggest fan of religion, he didn’t believe in God as an Atheist. He used to believe that why someone would and how important it is for someone to choose. The problem faced was to have a religion forced on him. At some places, he also states that he wasn’t a subscriber of any of them. Besides, it was such a fact that all fans were not happy to hear as they believed America is a Christian nation.

George Carlin won the infinite hearts of fans worldwide. Either watching George’s album series or reading George’s book, you can go through the ultimate fun of laughter. Even though being a comedian, George Carlin’s quotes are a good resource of motivation, courage, and determination. This is just a glimpse of the massive treasure that George contributed to American culture. So, what do you prefer to do when your sad or depressed? Do you think George Carlin’s contributions are the best source of happiness in one’s life?