Jimmy Page is one of the most famous, influential songwriter guitarists. He has been ranked number three in the top 100 guitarists of all time. He is a multi-instrumentalist and the founder of the rock band “Led Zeppelin.” His working style has influenced many artists from the ’60s to this date.

He worked with different genres for his music, and his monolithic riffs started the heavy metal era. He contributed his writing to the songs of his album. His inspiration was Elvis Presley’s tune “Baby let’s Play Phone.” Although he is a self-taught artist, he took some lessons to learn the basics. 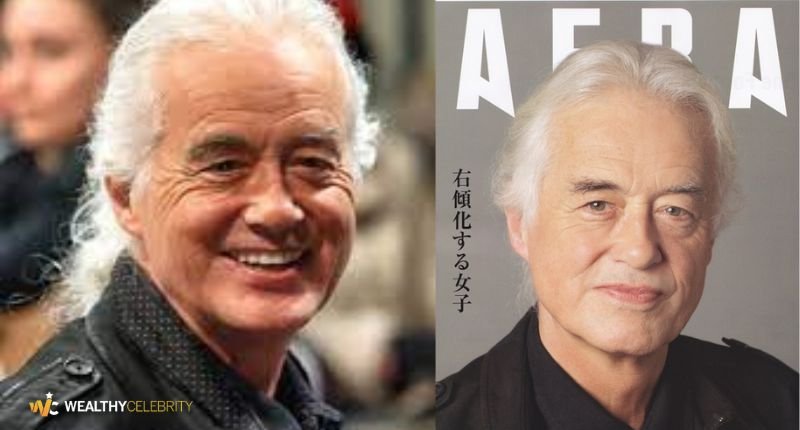 Jimmy was born on 9 January 1944 in Heston, Middlesex, England. His father, James Patrick, was a personal manager at a plastic-coating plant, and his mother, Patricia Elizabeth, was a doctor’s secretary. When he was eight, he went to Epsom County Pound Lane primary school and changed schools after turning eleven. At the age of eleven, he found an abandoned Spanish guitar and took some lessons from a senior school student.

See Also:  Who is Molly Qerim? All About American TV Personality

Jimmy Pages’ dragon telecaster soon replaced his first electric guitar, a secondhand 1959 Futurama Grazioso. When he was 12, he appeared on a talent program aired on BBC1. At fourteen years, he was part of the band called “The Paramount” and performed gigs in Epsom. He left secondary school to continue working on his musical interest in West Ewell. They toured England and Page fell ill. After that, he took a pause from music and enrolled himself in art college. 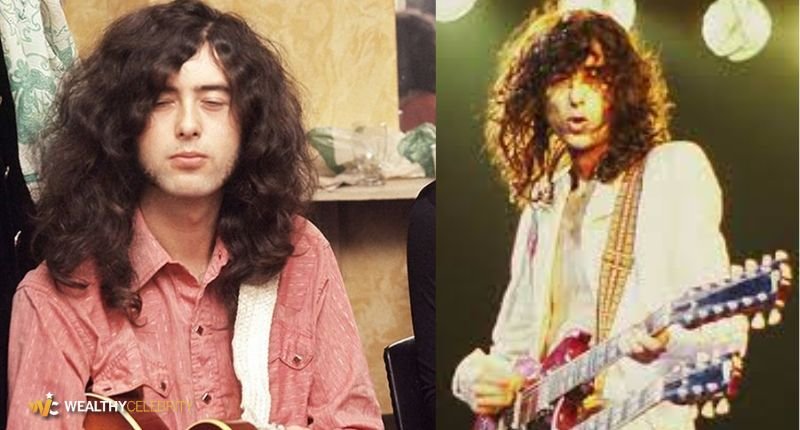 Net Worth and Career

His net worth is around $180 million. In the mid-1960, he joined the band called “Yardbirds,” it was initially successful but fell apart in 1968. Page grouped the artists again, including himself and Robert Plant as the vocalist, drummer John Banham, and multi-instrumentalist John Paul Jones.

This new band was called “Led Zeppelin.” They came out with their debut album after a year which was a success. Since they gained many audiences after the release, they later released “Led Zeppelin II,” “Led Zeppelin III,” and “Led Zeppelin IV.” They released a total of nine studio albums which reached the US billboard making six of them ranking number one. When the band’s drummer passed away, the group disbanded, and Page didn’t feel like creating new music anymore. Eventually, he started performing again by collaborating with other bands and performing with his former band member live on some occasions. 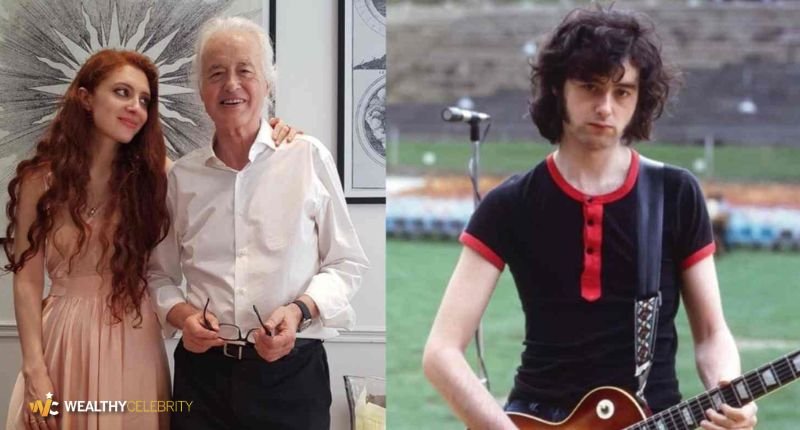 He was in a relationship with a model in the 1970s, but they broke up in almost a year. They had a daughter together. Later on, in 1986, he married a model and a waitress Patricia Ecker. Unfortunately, their marriage ended in divorce in 1995. His wife shared two children with him from his third marriage, but the relationship ended in 2008. In 2014, Jimmy Page’s girlfriend started dating him and was 45 years younger than him.

Q: Where was Jimmy Page born?

A: He was born in Hounslow, United Kingdom.

Q: How old is Jimmy Page?

Q: What is Jimmy Page’s nationality?

A: He has English nationality.

A: He is married.

Q: Where does Jimmy Page live?

A: His house is in Sonning, Berkshire in Deanery Garden. It's a house designed by Edwin Lutyens for Edward Hudson. The house he lived in before was owned by Edward Hudson and was located in Sussex.

Jimmy has been awarded several times for his art and work. In 2005 he was awarded the “Grammy Lifetime Achievement Award.” Along with that, he has won two Grammy awards for Best Rock Album and Best Hard Rock Performance. Jimmy Page’s book called “Jimmy Page: The Anthology” was released in 2020, and he has a few other books written previously as well.