The greatest polymath of the 15th century, Leonardo da Vinci is to painting what William Shakespeare is to literature, Albert Einstein is to science, Isaac Newton is to astronomy or Karl Marx is to sociology. Leonardo da Vinci undoubtedly is the greatest painter of the Renaissance era, when Europe saw a great shift from the Middle Ages to modernity in the fields of art, literature, and classical philosophy. Leonardo da Vinci, a genius born in the midst of the 15th century in Italy, was the greatest polymath of all times, having expertise in a variety of areas thanks to his never-ending love for knowledge and creative imaginations.

Name a field of art or science and you will find Leonardo da Vinci’s unmatchable work in that area. Being the most diversely talented individual to ever walk on Earth, Leonardo da Vinci is also dubbed as a ‘superhuman’ by many historians. Leonardo da Vinci’s areas of interest range from painting, sculpting, architecture, music, literature, writing, and history to anatomy, invention, science, mathematics, engineering, geology, astronomy, botany, and cartography.

Many might know him for his paintings but Leonardo is also deemed as the Father of Paleontology, and his work in the field of Ichnology, and Architecture itself is second to none. Leonardo’s insanely imaginative brain conceptualized flying machines, which turned into reality in the form of parachute and helicopter years after his death. He is also the man behind the invention of the tank.

As far as the field of art is concerned, Leonardo da Vinci is the greatest painter to ever walk on the land. His painting work, be it ‘Mona Lisa’, the mysteriously greatest piece of art ever produced on canvas, or ‘The last Supper’, the most recognized and religiously reproduced painting, left behind a rich legacy. Moreover, ‘The Vitruvian Man’ by da Vinci depicts the perfect mixture of science and art and is portrayed as a cultural icon.

Although Leonardo da Vinci’s unmatchable work in a variety of areas of science set the mark for a modern era and his artistic work with a brush has left a never-ending impression in the field of painting, he has also sparked magic with his quotes filled with wisdom. Leonardo’s quotes span over a variety of aspects; as varied as his areas of study in science and art were. Here is a compilation of the best of Leonardo da Vinci’s quotes about life, art, painting, and success.

The man who conceptualized flying machines almost 500 years ago, the man who visualized technology as the ultimate future is also the man who has left plenty of inspirational quotes to learn from them the true essence of life. Here are 20 of Leonardo da Vinci’s quotes on love and life:

Check out this fantastic collection of Leonardo da Vinci quotes wallpapers below: 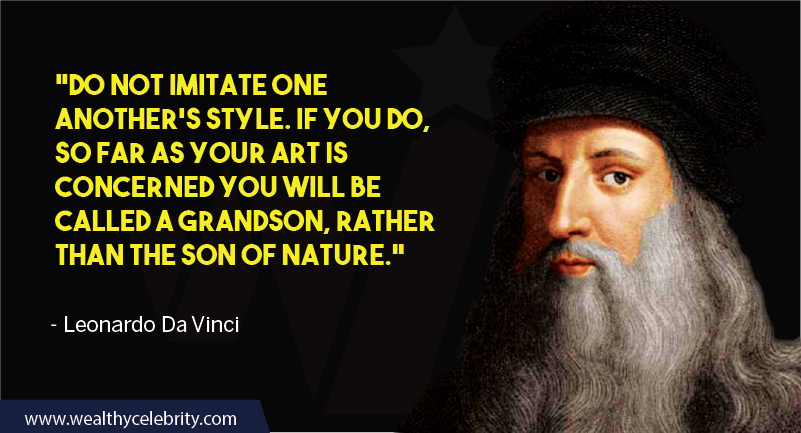 Leonardo DaVinci Quotes about imitating others 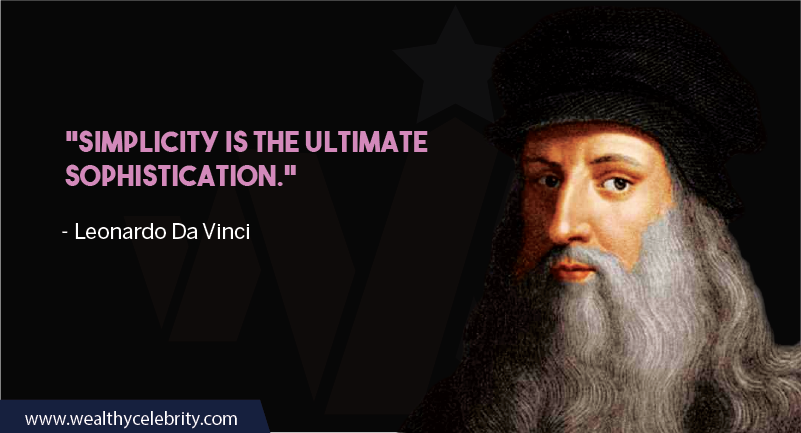 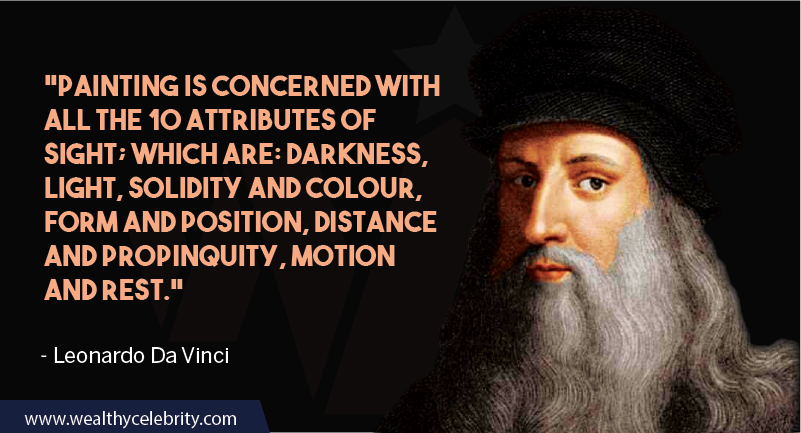 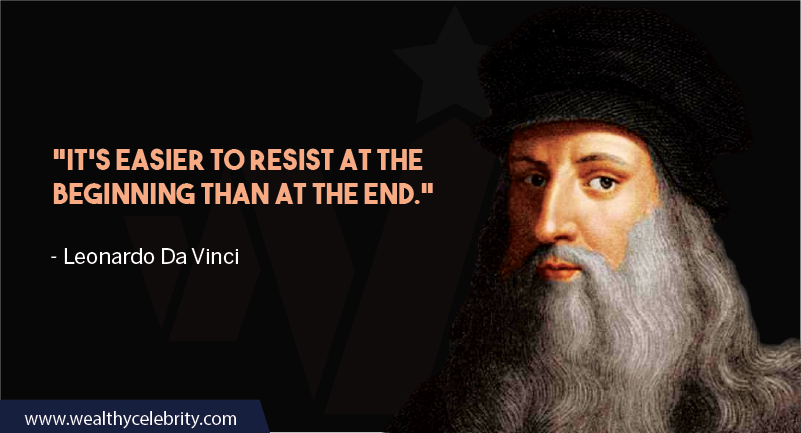 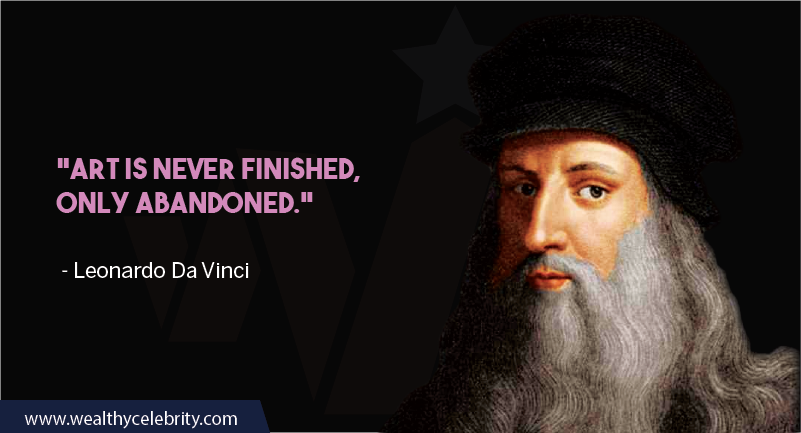 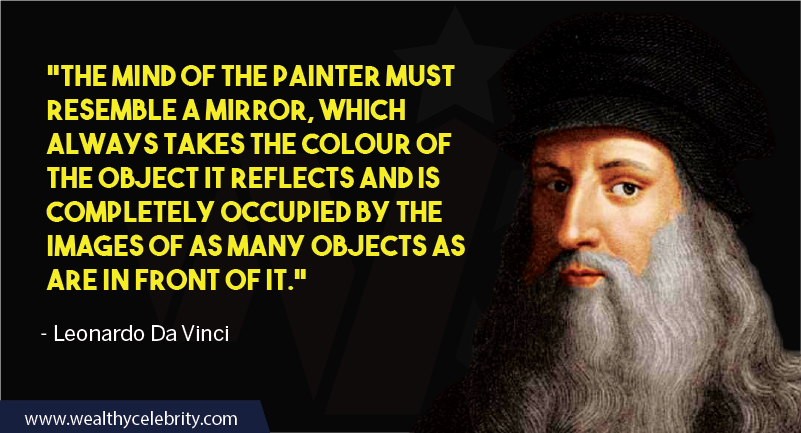 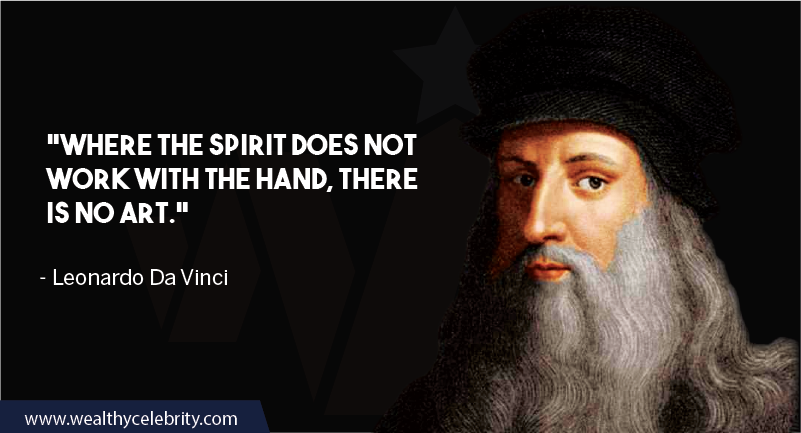 Leonardo DaVinci Quotes about art and spirit of work 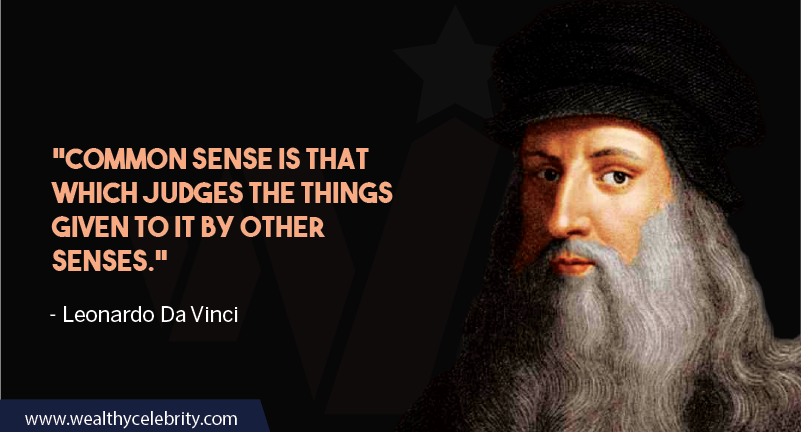 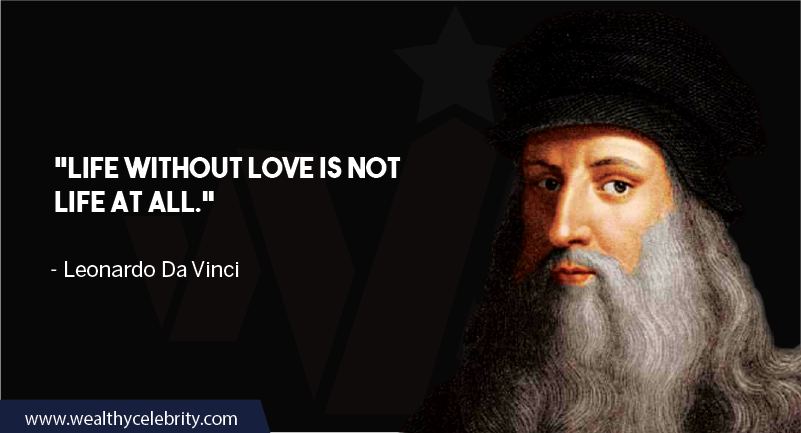 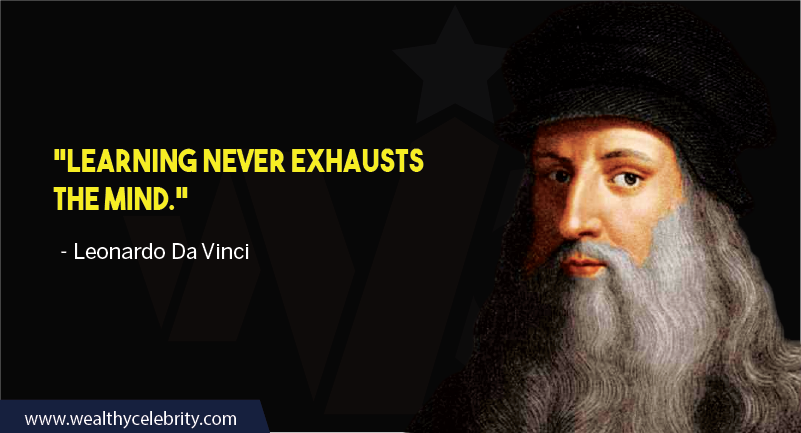 Although Leonardo da Vinci lived centuries ago but his work in the field of science and art set the precedent of technological advancement and fusion of science and art, making him the greatest man to have lived in Renaissance era. His work has been an asset for the scientists, inventors and artists coming after him. His quotes on a variety of aspects of life are something to learn from.

Which of the Leonardo da Vinci’s quotes are your favorites? Let us know in the comments.