Well! Whatever the reason we have, one thing is for sure getting a tattoo is pretty expensive. And we all know good tattoos are expensive and cheap tattoos are not good and safe for our skin, as the cheap artist uses expired or unsafe tattoo ink. 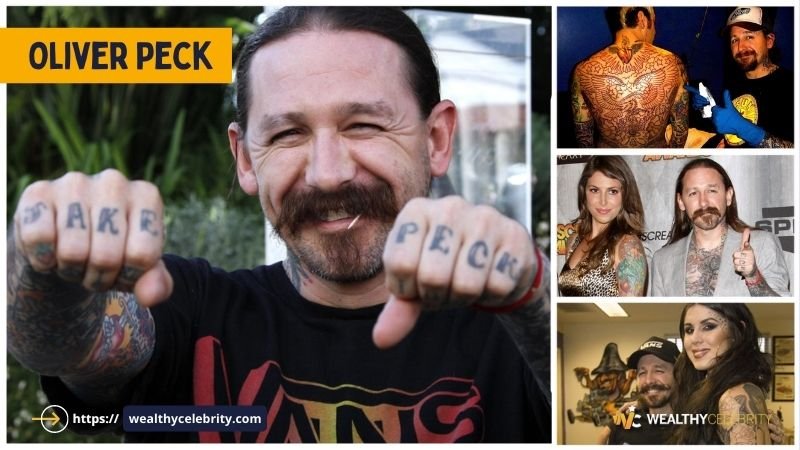 Oliver Peck and His Tattoos

Oliver Peck is one of the richest tattoo artists whose whole life revolves around tattooing. He started making tattoos on several famous personalities when he was just 19.

Oliver is currently one of the fine tattoo artists – well known for holding the Guinness world record of making our hundred and fifteen in just 24 hours. Well! When Oliver is not on the screen, he handles his two shops in Texas – where he charges $100 per hour. 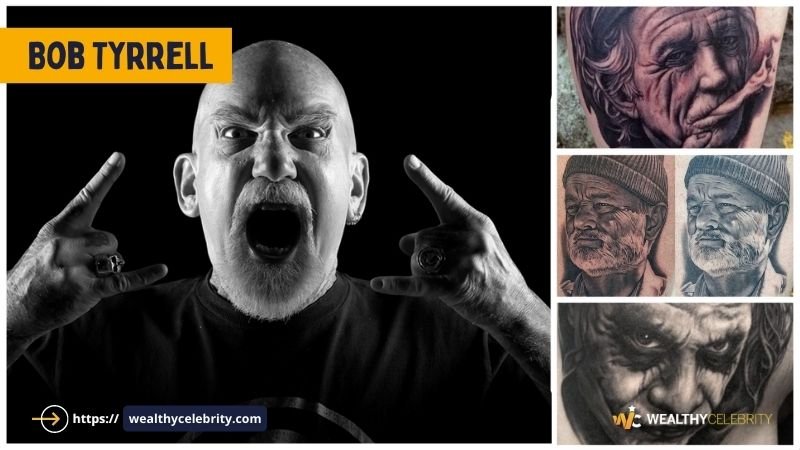 Bob Tyrrell and His Tattoos

Bob Tyrrell is an American-based aesthetic tattoos artist. He started his tattooing career in his local tattoo-making shop, and he is famous for making Justin Bieber tattoos. Also, he got featured on many well-known TV shows, such as LA Ink and London Ink.

Moreover, he participated as a jurist in the first Chaudesaigues Grant and achieved the award of best tattoo artist of the year. And if we talk about his charges, he charges $155 per hour. 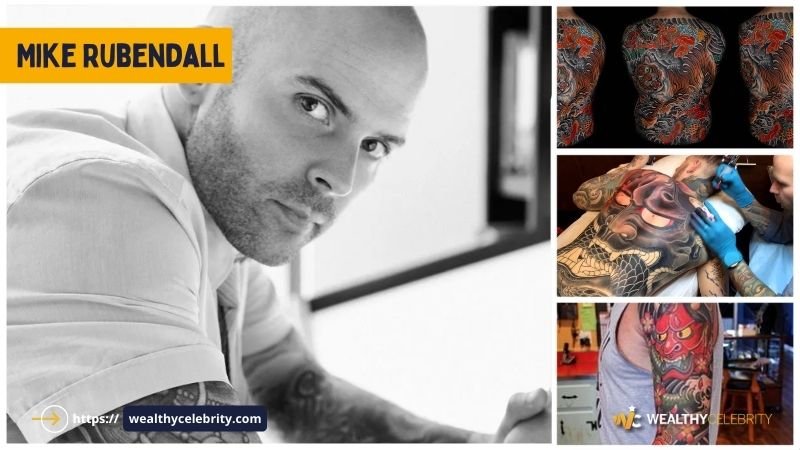 Mike Rubendall and His Tattoos

Mike Rubendall is one of the New York city-based famous tattoo artists who are popular for ranking the fifth number in the Inked Magazine. He is a professional tattoo artist and actor who has appeared in several Hollywood hit movies, such as INK Masters, Prick, and Tattoo wars.

Mike started his career by working in an ordinary tattoo shop. And as of now, he is one of the fine line tattoo artists and has his tattooing shops around New York and other cities, where he charges $130 per hour for making medium-size tattoos. 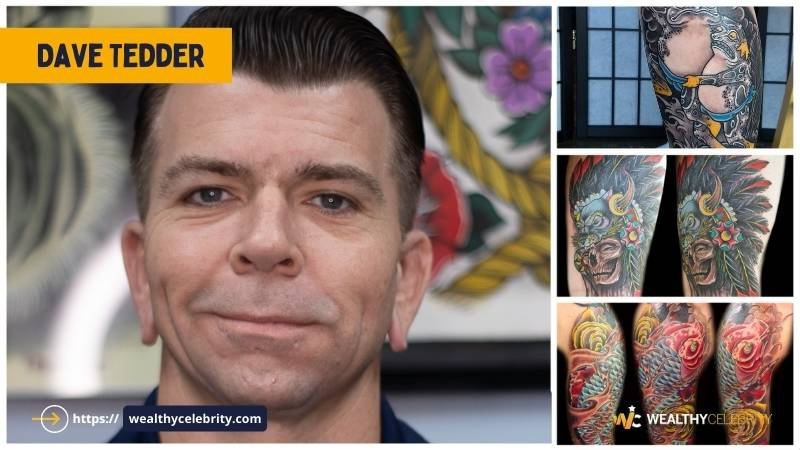 Dave Tedder and His Tattoos

Dave Tedder wanted to start his tattooing career in his city. But sadly, back then, tattoo making was illegal in his area. Later, he decided to pack his back and move to California, where he started his tattoo-making business on a beach. And as time passed by, his tattooing business started to take off.

And as of now, he is one of the best tattoo artists in the world and charges $155 per hour. 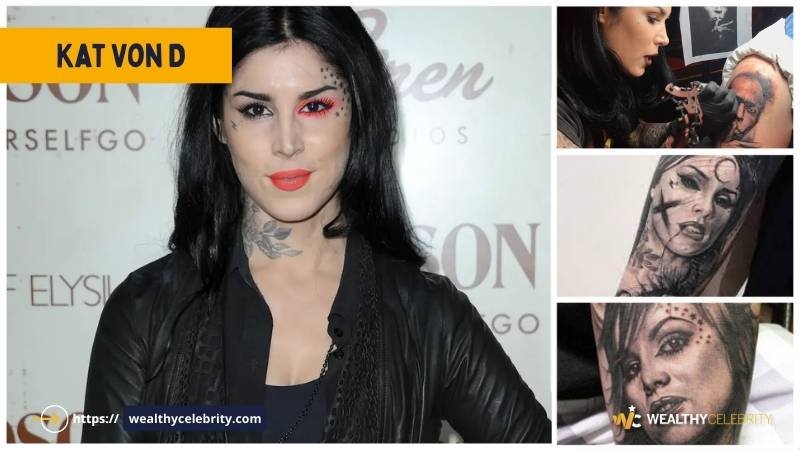 Kat Von D is one of the best female tattoos artists – who is famous for her full-time job in the well-known show LA Ink. In addition, she appears in many other Hollywood shows and dramas, such as Miami Ink with Ami James. Her tattoo shops ‘High Voltage’ and ‘Bang Ink’ has become a big discussion on the show ‘LA Ink’ and have grabbed her fan’s attention from all over the world.

Also, she has Ed Sheeran tattoos. And has an estimated net worth of $10 million, which makes her one of the richest tattoo artists. Moreover, she charges $210 per hour, which makes her world’s most expensive tattoo maker as well. 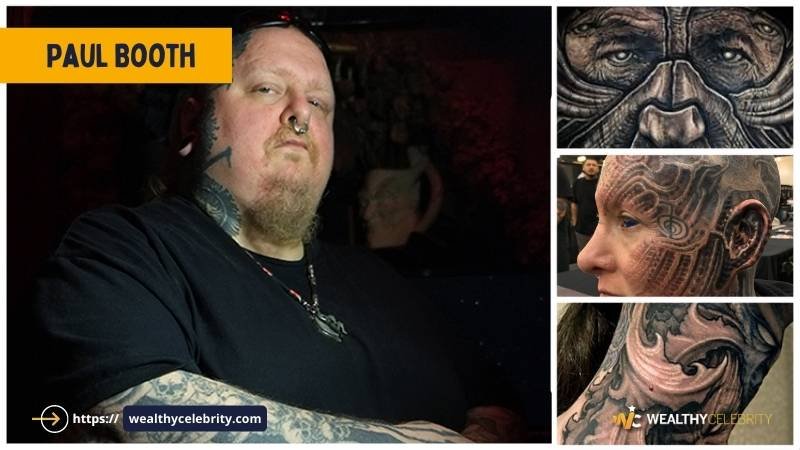 Paul Booth has gained worldwide popularity for his shocking, rock, and metal-inspired tattoo designs. Also, he has worked with many well-known celebrities and singers of Hollywood, including Slipknot, Kyala Partt, Slayer, and Soulfly, and many famous WWE wrestlers.

Furthermore, he has artistic taste in horror and swaggy mixed designs that attract many fans around the world. And his tattoos cost per hour is $310. 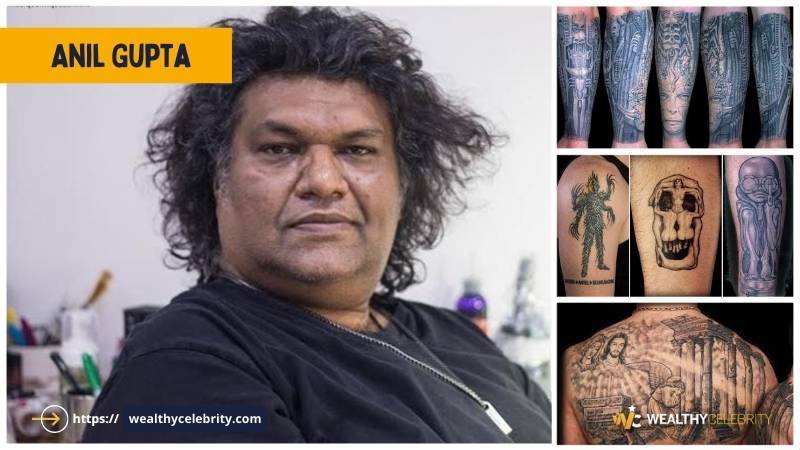 Anil Gupta is yet another legend in the tattooing and craft world since the late 1980s when Mumbai was known as Bombay. By birth, he is an Indian, but to start his tattoo-making career, he moved to New York City.

Back then, he had to work in the underground world, as tattooing was illegal. But fortunately, when tattooing became legal, his career started to take off. And as of now, he charges $455 per hour and is one of the world’s most expensive tattoo artists. 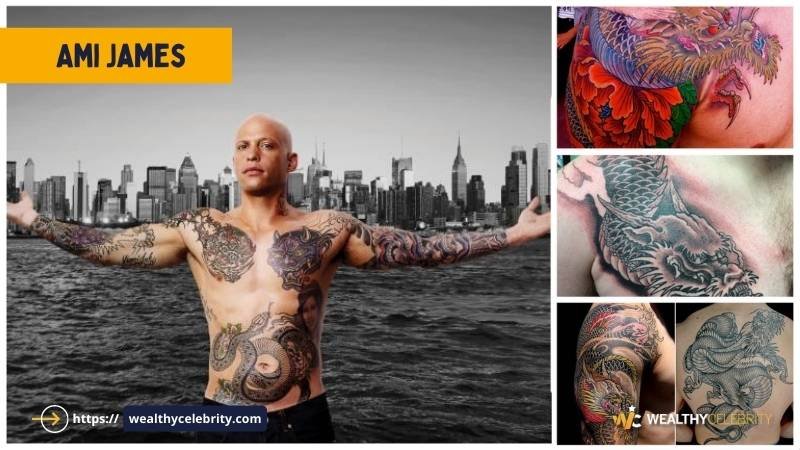 Ami James is the most recognized personality whenever we are talking about tattoo makers.

He started his tattooing career 25 years back when he was just 15. Also, Ami has worked in several countries and states. And as of now, he is the world’s most expensive tattoo maker who charges $500 per hour and $200 for every additional hour. 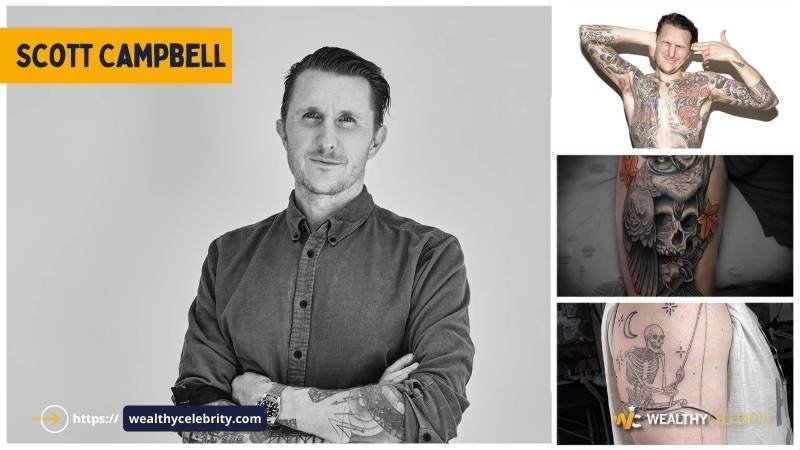 Scott Campbell has gained worldwide fame and customers because of his breathtaking artwork. He is the only artist who knows how to play with colors in a way no one can ever imagine. Scott started his career when he was just a teen, and after gaining 30 years of tattooing experience, he is now the most famous and richest tattoo artist in the world. And as of now, he charges $2000 per hour and $200 for every additional hour. 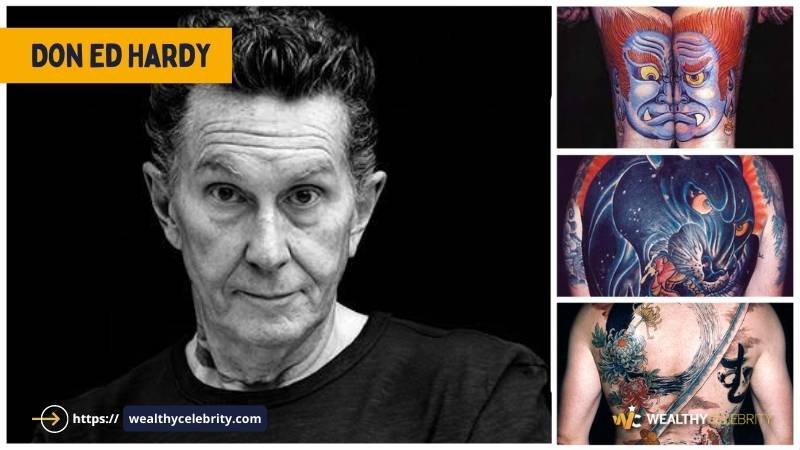 Here comes the most awaited tattoo-making personality Don Ed Hardy. Don is not only the one who charges $1,500 per hour, but one thing is for sure, he is the only tattoo artist present in the ink art industry who has an estimated net worth of almost $300 million! He started his career when he was 17, and as of now, he is the most aged one in this field. And according to the latest updates, he is charging $1,500 per hour.

For every Tattoo Artist, a Tattoo designing job is an artwork that doesn’t require any specialization or a master’s degree – but it is all about artistic minds. Whether you are searching for the geometric, watercolor tattoo, anime tattoo near me, or maybe some best tattoo parlors near me, you should evaluate the intricacy of a Tattoo designer. Well, a better option is not to take risks and consider some best tattoo artists in the world that can be the world’s most expensive tattoo artists but are reliable.

Above mentioned personalities are the world’s most expensive tattoo makers who always come up with unique tattoo ideas to make the most stunning native American tattoos and permanent impermanent art. We hope that you will find this post helpful. Share your thoughts in the comments.

Q: What Are Famous Tattoo Names?

A: Gang, Scooby, and Army are the most used and famous tattoo names right now.

Q: How Much Do Tattoo Artists Make?

Q: How To Become A Tattoo Artist?

A: If you have a true spirit in arts and crafts, the tattooing industry is just perfect for you. To be a tattoo artist all you have to do is finish your high school, start taking tattooing courses, and earn a tattooing license. And when you will get your tattooing license in hand, you are ready to apply in any Tattoo making shop or company.

Q: What Degree Do I Need To Become A Tattoo Artist?

A: For being a professional tattoo artist, there is no need to earn a degree, all you need is a tattooing license, and you're ready to start your tattooing career.

Q: Who Is The Richest Female Tattoo Maker In The World?

A: Françoise Bettencourt Meyers is the richest female tattoo maker/artist in the world right now.

Q: Who Is The Richest Male Tattoo Maker In The World?

A: Scoot Campbell is the richest male tattoo maker/artist in the world right now.