Before becoming one of the most expensive actors in the world, Dwayne Douglas Johnson was famously known as The Rock in the wrestling universe called WWE. He was one of the best entertainers and professional wrestlers in WWE, and without a doubt, he had a good following at that time as well. People who liked to watch him in the olden days know how hard he struggled to get to the place he is at now. You can say after watching him that sometimes-hard work pays off.

He is like a money-making machine in the film industry right now. Not only his films are doing exceptional business, but he is also one of the world’s highest-grossing actors. As per Forbes, the Rock was the highest-paid actor in Hollywood in 2020. He earned $87.5 million in the current year. As of now, the net worth of Dwayne “the Rock” Johnson is $320 million making him one of the most expensive actors.

If you have all this, what would you do with it? Surely, you will spend it on things you would love to do and Rock has done the same, doing things he likes.

List of Most Expensive Things Owned by Dwayne ”The Rock Johnson”

In this article, we will be mentioning the 7 most expensive things which the Rock owns. So, without any delay let’s get straight to the topic and see which of the following surprises you the most. 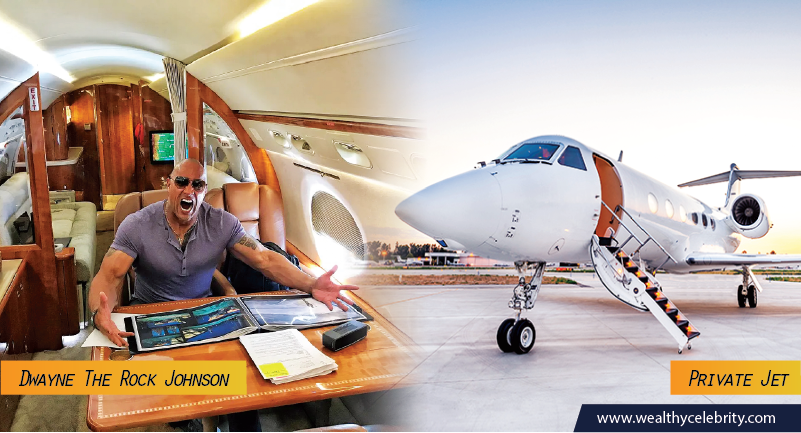 Who in this world doesn’t want to fly and that too when you have loads of dollars to make it happen? Dwayne the Rock Johnson isn’t short on money and that is precisely why he owns a Private Jet Gulfstream G650. The price of this private Jet is 65 million US Dollars. Expensive, isn’t it? But, not for the giant, not at all. Many people prefer to buy their jet so that they can enjoy themselves and keep their privacy, although not all can afford that luxury.

Let’s not stop here and get to other expensive things that he owns. 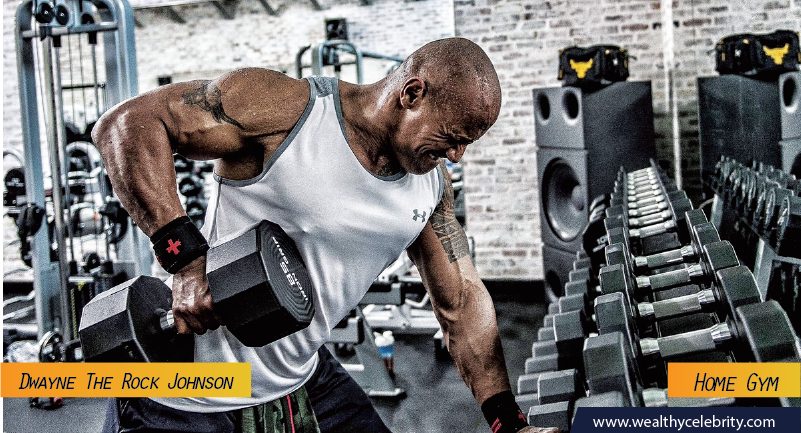 With one look at him, you can easily tell that he is a fitness freak. The abs and all the muscles on his body are due to his custom-made gym he owns and which is one of the most expensive things he has in his possession. This custom-made gym has a total value of 300,000 US Dollars. The gym is one of its kinds and has all the equipment a man could have. 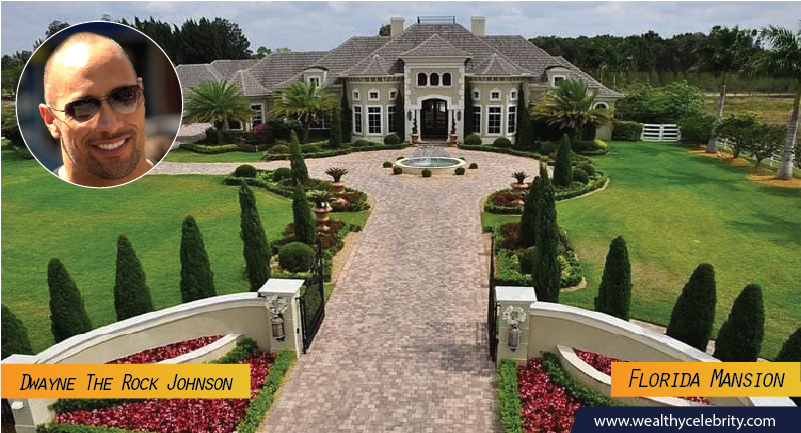 In the entertainment industry owning a luxury house is a symbol of your success. And he not only has one, but two expensive houses.

Aside from all the luxury houses he owns, Dwayne also has over 191 million followers on Instagram. Amazing, right? 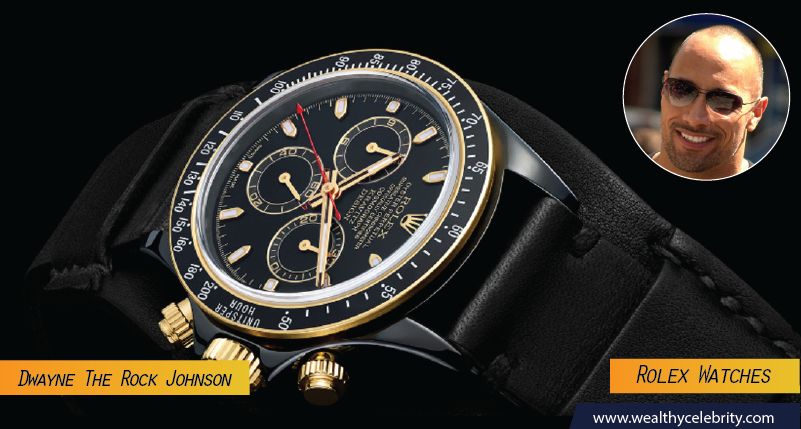 I, myself, being an average watch lover know how refreshing is it to have a watch you like. Rock is a Rolex lover and always wanted to own a watch from the brand. He materialized his dream by purchasing his first Rolex watch for $35,000. As of now, he owns many Rolex watches which are worth thousands of dollars at the very least. So, this is another expensive thing he is fond of collecting. 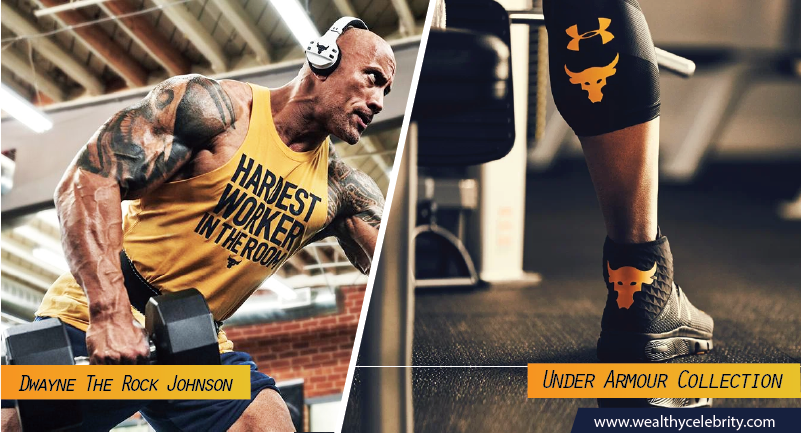 Celebrities becoming an entrepreneur are not a new thing and the same is the case with Dwayne. He has partnered with a company named Under Armor which invests in fitness products and is one of the emerging companies in the said sector. The company earns $36 million annually. This partnership is also the costliest thing he possesses. 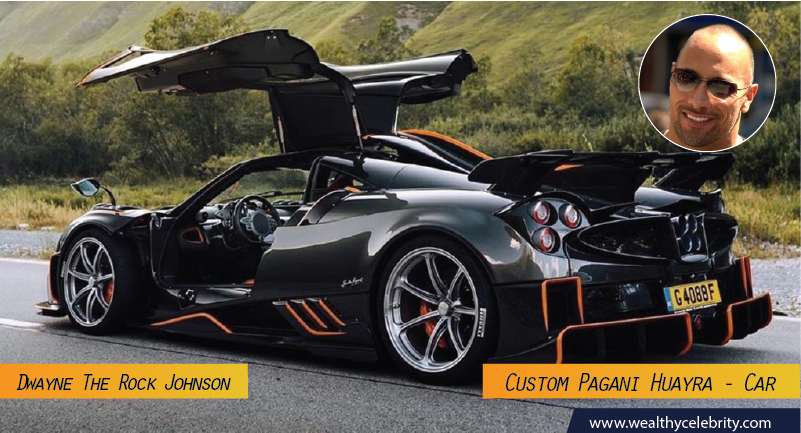 The Fast and Furious actor has good some of the good and most expensive cars in his possession. The Rock has a custom-made Pagani which has a whopping price tag of $1 million. Moreover, he also has a Ford F150 and Rolls-Royce Wraith which he bought for $0.15 million and $0.4 million respectively. This is not it, here is another eye candy for you and that is he also owns a Ferrari LaFerrari which cost him $1.5 million.

One can easily see how much he has spent on buying cars—seems another expensive venture he has trodden upon. 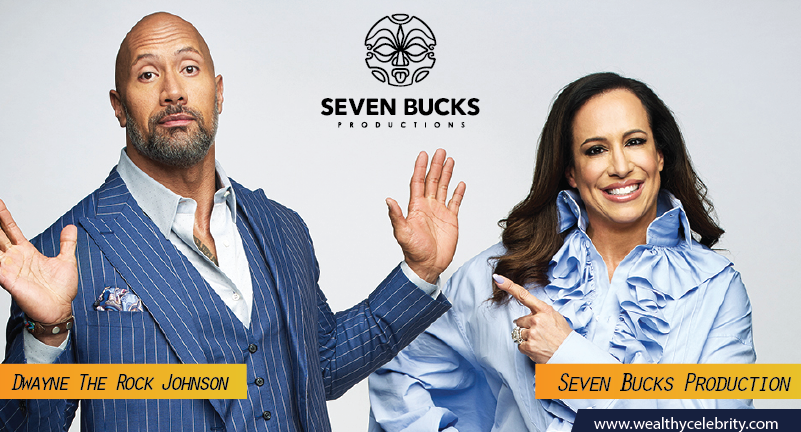 The company has been founded by Dwayne Johnson and Dany Garcia—it excels in making innovative and creative content for films, television, etc. The company made some incredible movies such as Jumanji, Hobbs, and Shaw, etc. Through this venture he is earning in millions—this is surely one of his priced and expensive things which he owns.

These were some of the most expensive things which Dwayne Johnson the Rock owns. We have tried to list as much as we can; however, this was all we have right now. If you have anything else to add to the article mention it right away in the comments box without delay or hesitation.

And, share your thoughts about Dwayne Johnson’s expensive things in the below comments section.

Sweetest Prom Surprise Ever: 'Dwayne Johnson' Shocked A Girl When She Invited Him For Her Prom Party – Wealthy Celebrity

[…] Kelzenberg, is a senior student at the institution who invited her biggest celebrity crush – Dwayne Johnson, widely known as The Rock, for her school prom. And in return, she received a totally unexpected […]

[…] his million-dollar net worth, Tate spends his money lavishly on buying real estate properties internationally. Presently, he lives in his $3 million mansion in […]