The name Mukesh Dhirubhai Ambani is hard to elude when we count down the top richest people in the world. He has recently taken down the Silicon Valley powerhouse Elon Musk, owner of Tesla, and is currently ranked at number six on the list of top 1 percenters. His net worth is $104 Billion as of 2023.

Yes, you read that right. Let me make it a bit more understandable. Mr. Ambani’s net worth in Indian Rupees is Rs. 6.53 Lakh Crore. Let us take a deeper dive into his business and career history to find out how he ended up making such a ginormous fortune.

Mukesh Ambani Was Born In Yemen 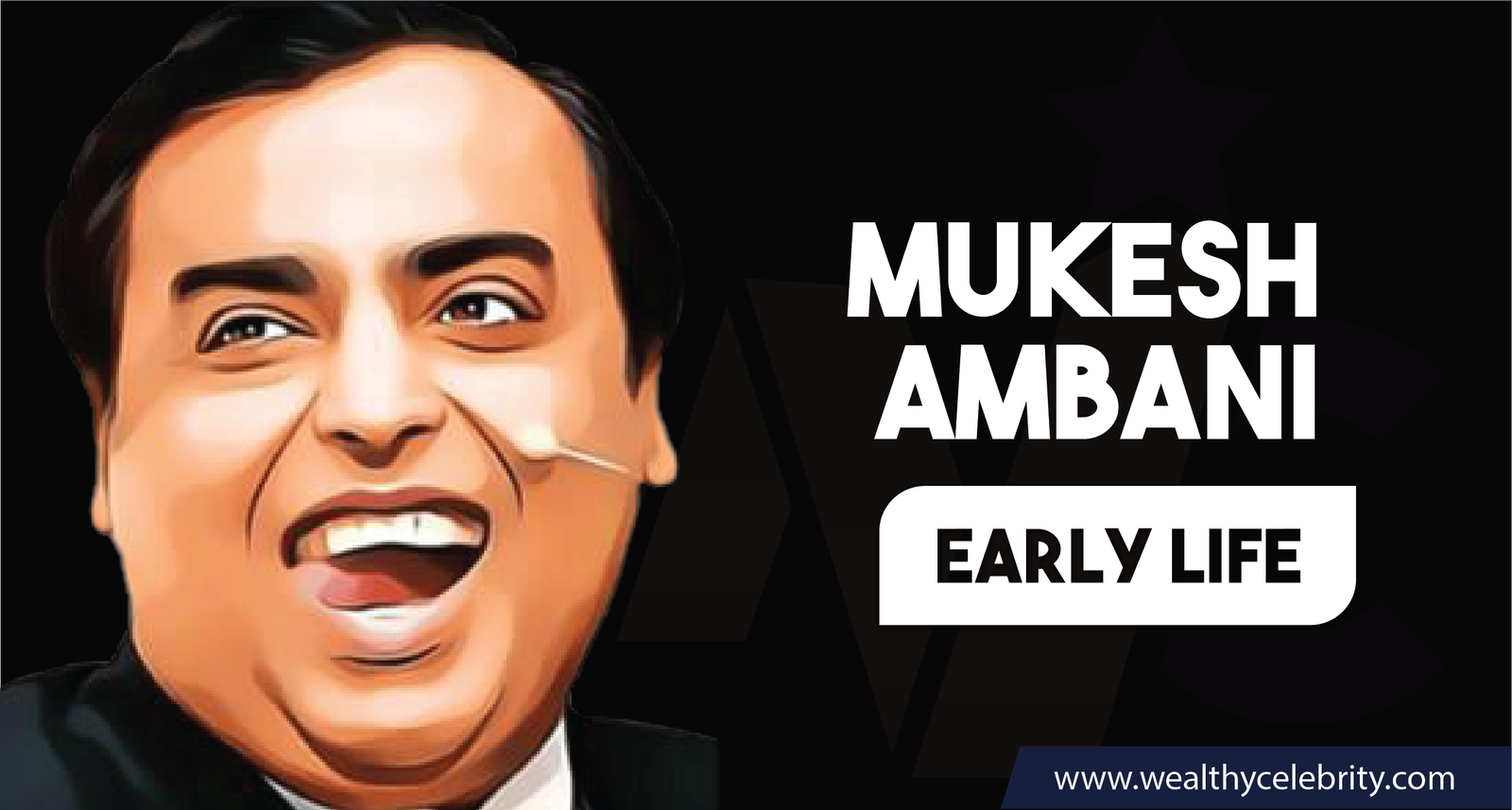 Born in the British Crown colony of Aden, Yemen in the present day, Mukesh spent only one year in Yemen. In 1958 his family moved back to India as his father wanted to start a business focusing on textiles and spices. Their textile business was named “Vimal,” but later, they changed the name to “Only Vimal.”

At that time, his family was not stable financially, and they lived in a two-bedroom apartment located in Bhuleshwar, Mumbai. After 1970, his father Dhirubhai purchased a 14-floor apartment block known as “Sea Wind” in Colaba, Mumbai. Although their financial condition started improving after moving back to India, still Ambani, Asia’s richest man today, used public transportation without getting any allowance and lived in a communal society.

He Left His Education To Support His Father In His Business 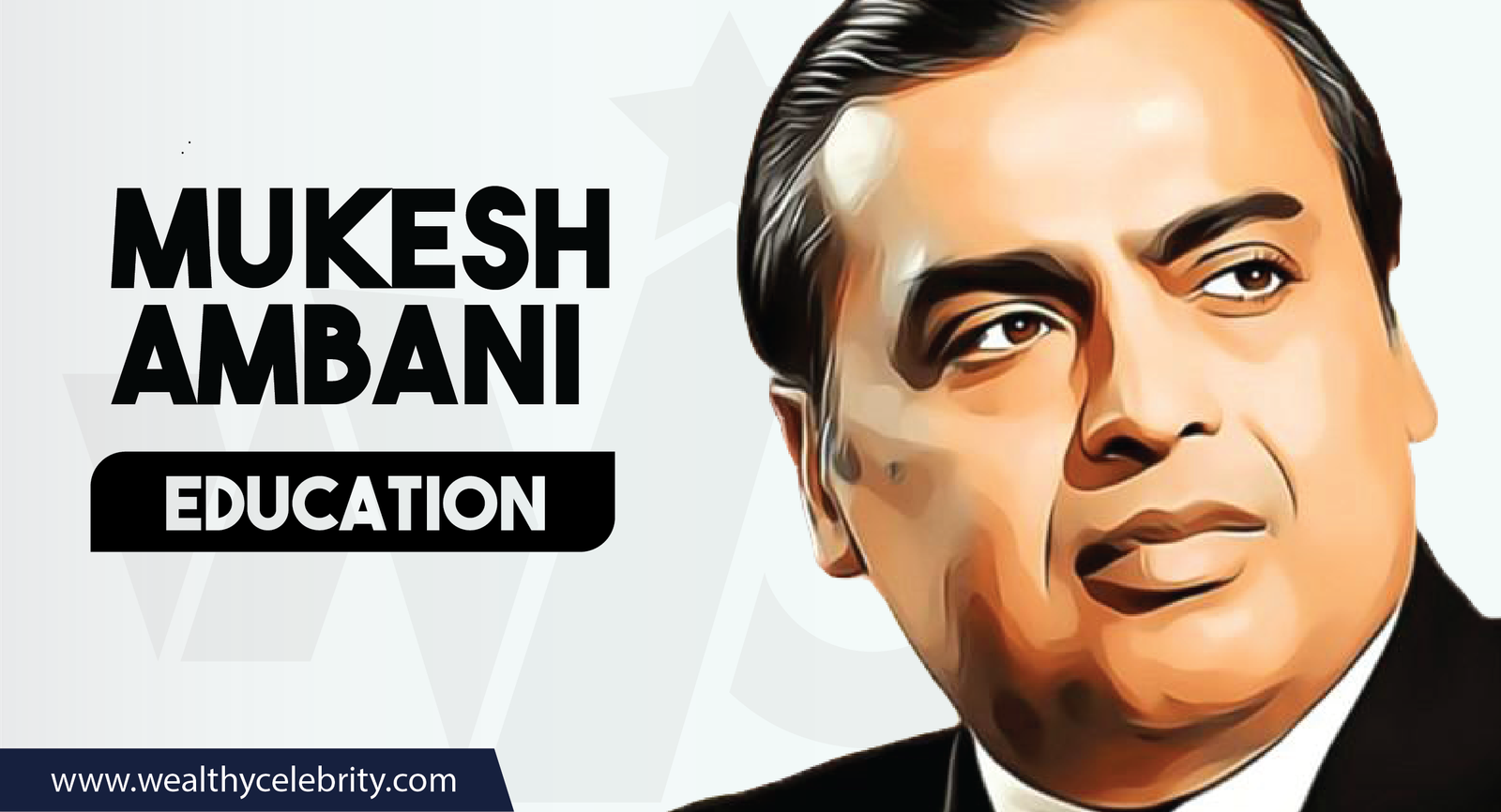 Believe it or not, Mr. Mukesh did not get any special education. He started his early education at Hill Grange High School in Mumbai, India. After going through St. Xavier’s College Mumbai, he went on to receive his BE degree in Chemical Engineering from the Institute of Chemical Technology.

Ambani later started an MBA degree at Stanford University, but in 1980 he withdrew to help his father in his business. At that time, Reliance’s net worth was around $700 Million. As a businessman, his father believed that skills are gained through experience rather than sitting in a classroom, so he called Ambani back to India to look after a yarn manufacturing project of his company.

He Started His Career At His Family Business 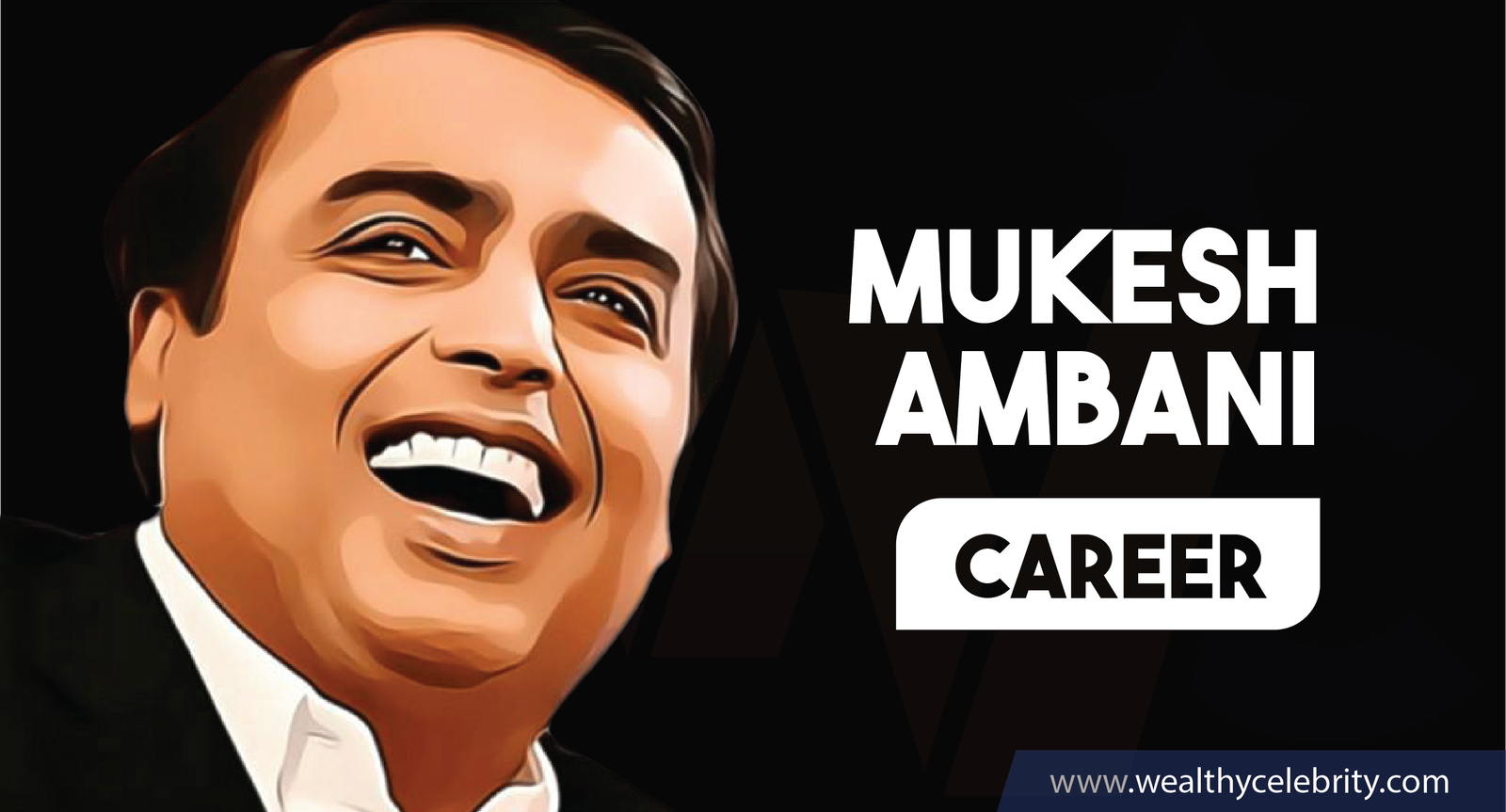 Ambani’s professional life started in 1981 when he decided to help his father in running their family business known as Reliance Industries Limited. Mukesh Net Worth today is all because of this Reliance.

When he joined this business, it has already grown and expanded from textiles and spices to dealing in petrochemical and refining. In 2016, Ambani was on the 38th number, and he consistently held this rank for the past ten years as India’s richest person on Forbes Magazine’s list. Along with that, he is the one and only Indian businessman who is on the Forbes list of the World’s Most Powerful People.

He Exchanged Wedding Knots Back In 1985 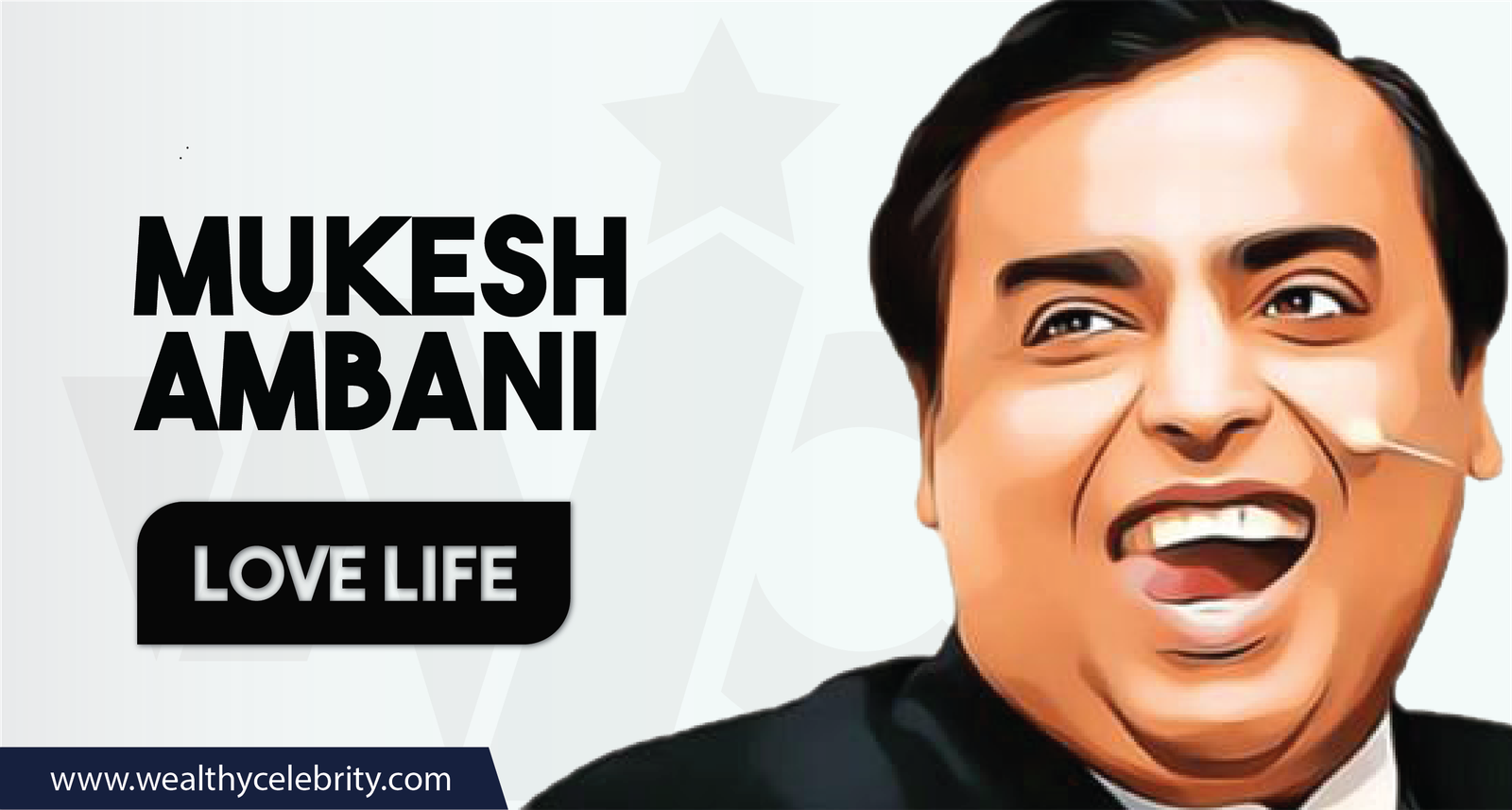 Mukesh married Nita Ambani in the year 1985, and they have a daughter named Isha and two sons named Akash and Anant. It was an arranged marriage, and Ambani’s father chose Nita for him after watching a dance performance of Nita.

A Quick Check Into Where This Billionaire Spends His Money 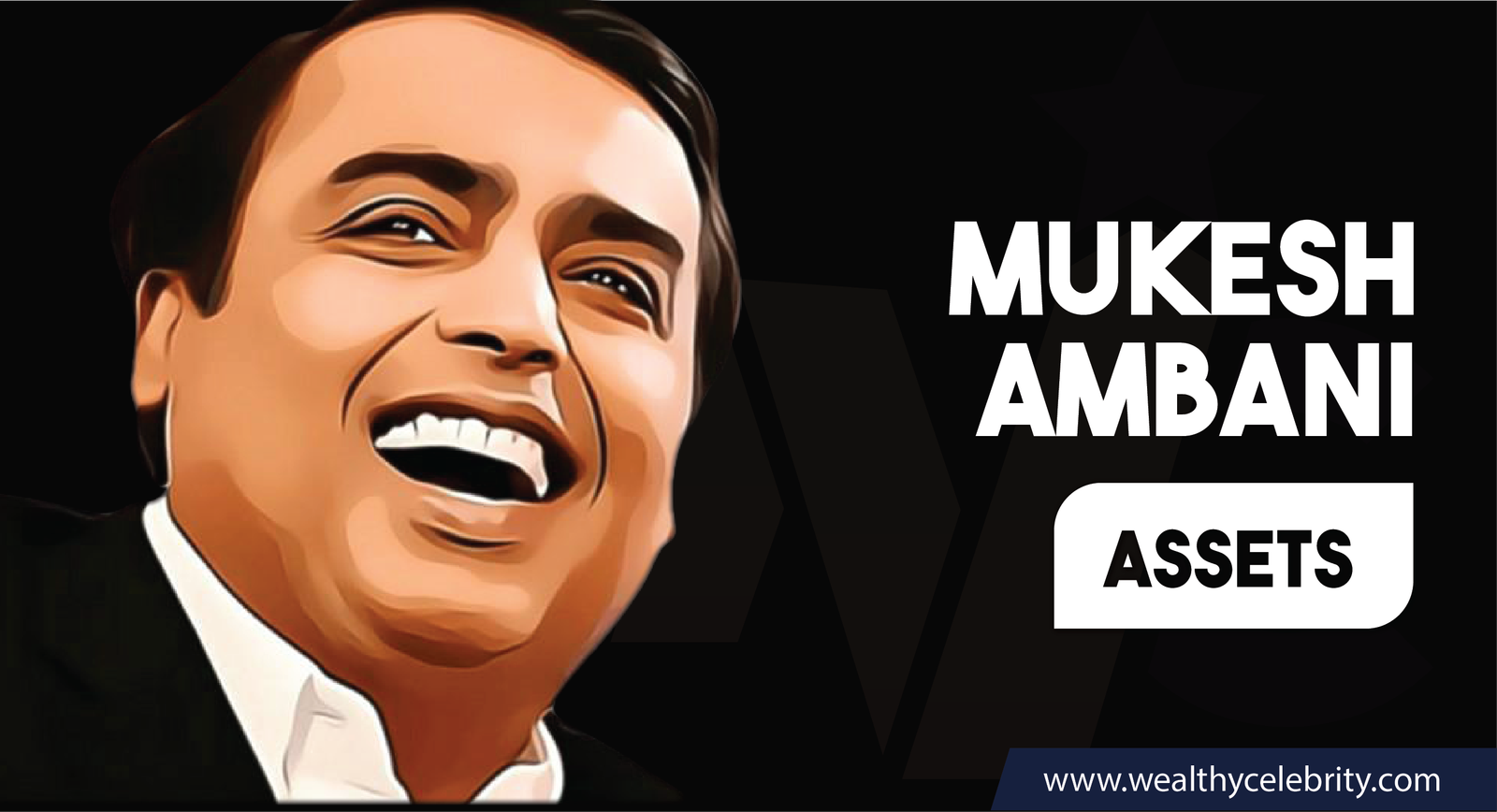 Mukesh and his family reside at the Antilia Building in Mumbai, which is one of the most expensive residences in the world, having 27 stories, and its value is about $1 Billion. You can have the idea of the wealth of Ambani from his residence and living standards. For maintenance of the building, a staff of 600 people is required; this building has a private movie theatre, a fitness center, three helipads in it, a swimming pool, and a 160-car garage.

For Nita Ambani’s 44th birthday, Mukesh gifted her an Airbus A319 worth $60 Million. The Airbus holds the capacity of 180 passengers, and it has been custom fitted to include satellite television, Jacuzzi, a living room sky bar, a bedroom, WiFi, and an office.

He is the founder of the Indian Super League that is a football league in India, and through his company Reliance, he owns the Indian Premier League franchise Mumbai Indians for $111.9 million. In 2012, Ambani’s net worth was 21 Billion, and he was entitled as the richest sports owner in the world by Forbes.

Highlights From His Career

5 Famous Quotes of Him

The business of Mukesh has no doubt brought tremendous success and fame for him. And during his journey, he learned a lot of valuable lessons and shared them with other people.

Here are 11 quotes by the billionaire business magnate: 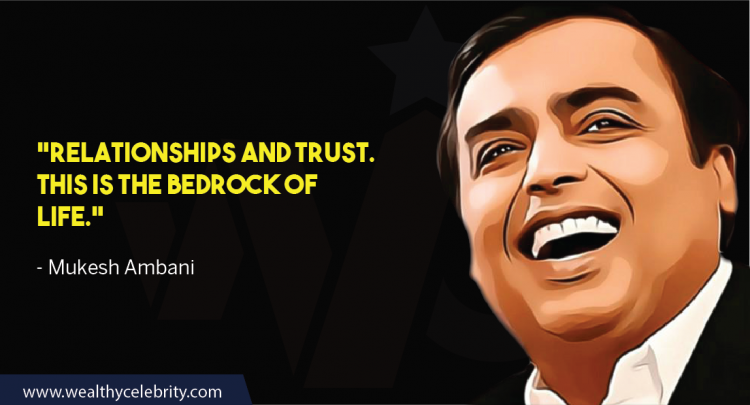 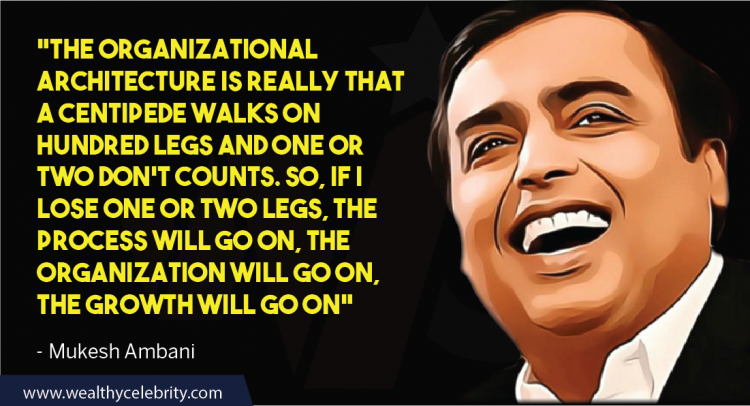 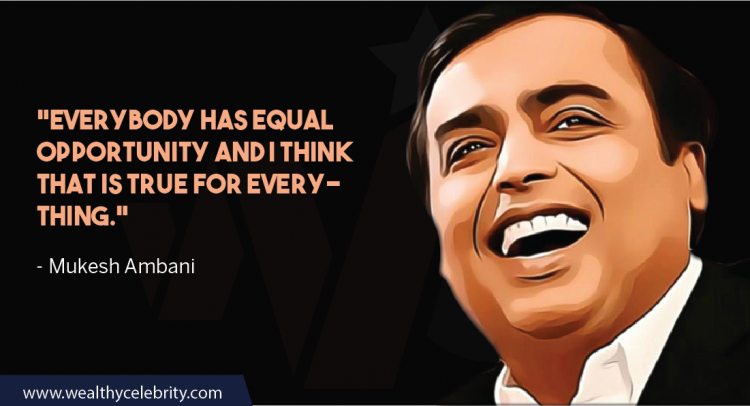 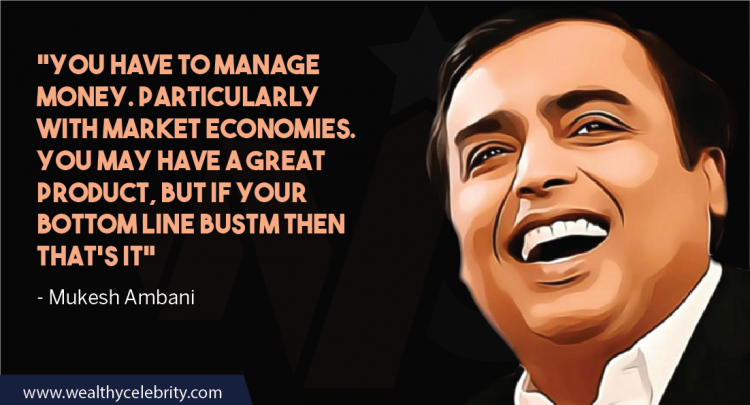 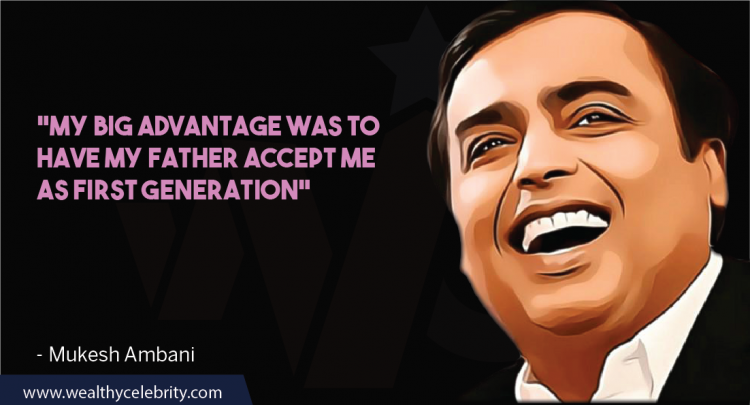 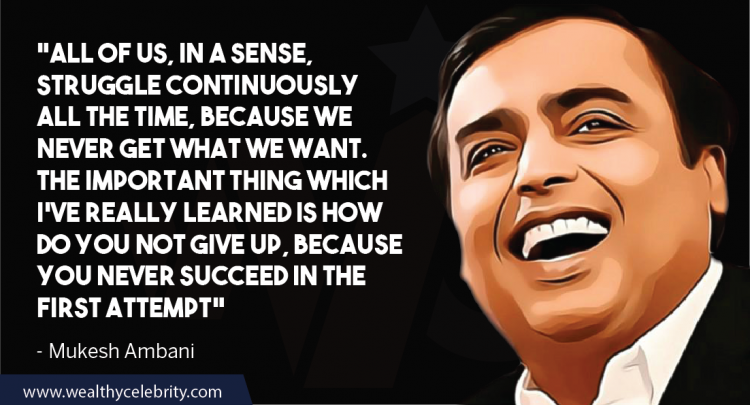 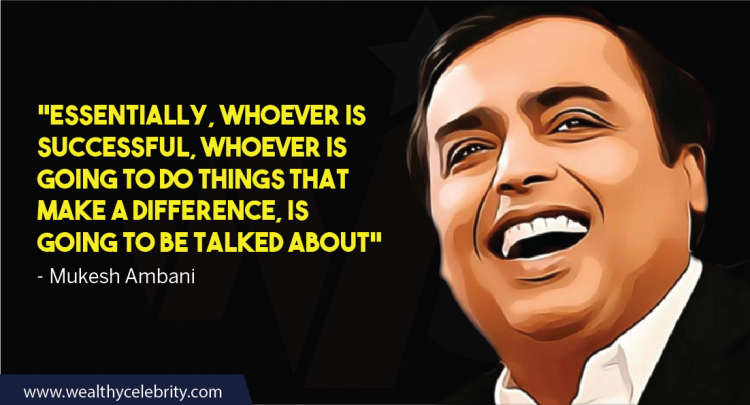 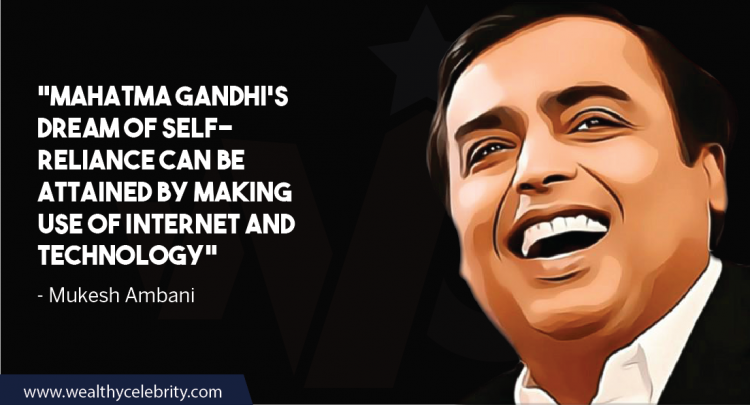 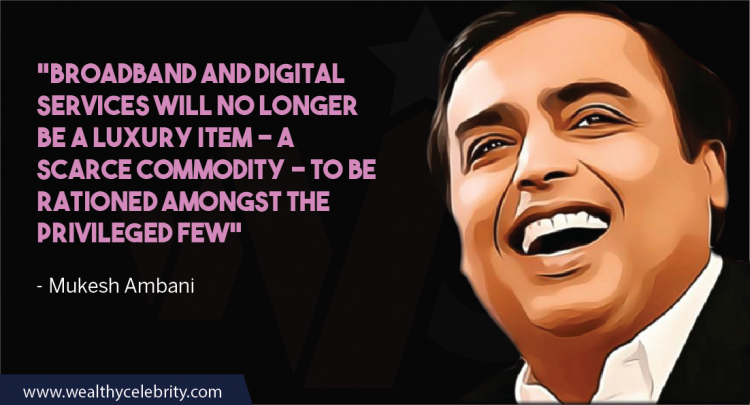 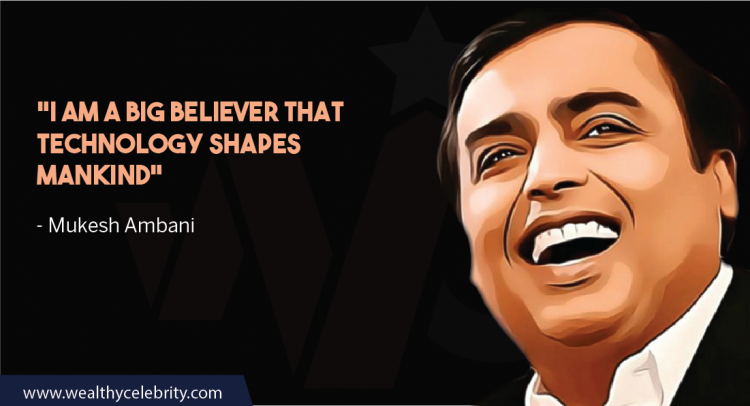 Q: What is Mukesh Ambani's date of birth?

Q: How Tall Is Mukesh Ambani? height in feet?

Q: Who is Mukesh Ambani's Wife?

A: Nita Ambani is the wife of Reliance Industries chairman and managing director Mukesh Ambani.

Mukesh’s net worth is $104 Billion, which makes him one of Asia’s Richest People and the wealthiest person in India. Ambani is the first Asian to be included in the list of wealthiest people in the world. He is a billionaire business magnate who has doubled his income in a decade.

We have shared all the career, personal, professional, and Mukesh Ambani house details with you here; if we have missed something, you can add it by commenting below. Or, if you know some other interesting facts about Mukesh Ambani, do share them with us.