Noah Timothy Beck is a young internet sensation and social media influencer best known for his funny content on TikTok. He is a fashion and fitness influencer who posts unique content and entertains fans with his amazing sports videos. Moreover, he has collaborated with famous artists, I.e., Josh Richards. Griffin Johnson and many others.

Due to his popularity, he has become a part of Sway House. He seems very passionate and enthusiastic about his career. He has a massive following with 34.1 million followers on TikTok. Undoubtedly, Noah Beck has a promising and prosperous future in this online world. If you are excited to know more about him, scroll down and read the post. 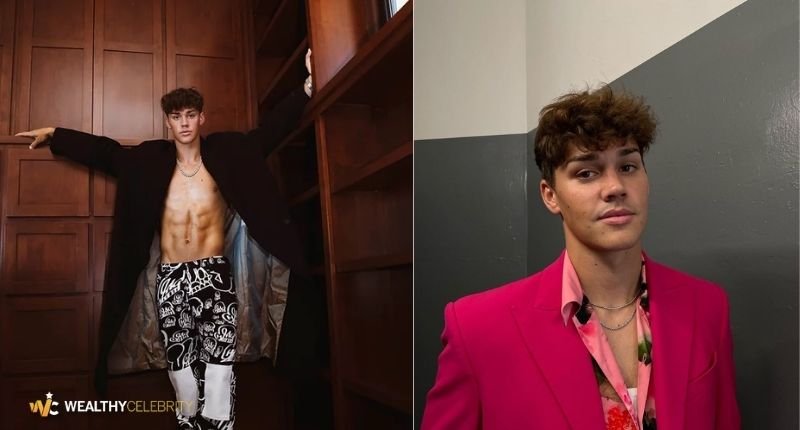 Noah Beck belongs to a well-established family from Arizona:

This talented Tiktoker was born in Peoria, Arizona, on May 4, 2001. He belongs to a well-settled Christian family, his mother is Amy Beck, a house manager, and his father, Mr. Beck, is a successful businessman. He has two famous older sisters, Haley Beck and Tatum Beck; both have huge fans following ion TikTok platform. 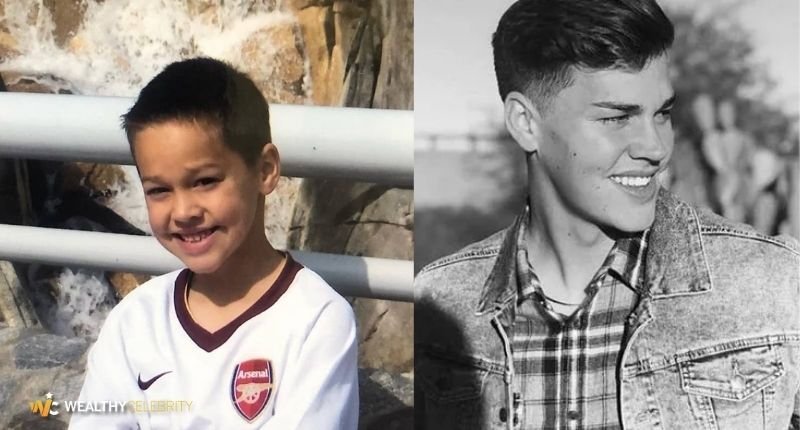 He attended Ironwood High School and participated in football and soccer tournaments:

Noah completed his early education at Ironwood High School; during his school days, he was a fan of football and started playing for his school team. He represented the NCAA Division-1 level. Not only football but also participated in other curricular activities during his high school days. In Phoenix, he played for an SC del Sol club soccer team. He was also the team captain in the Youth Soccer Olympic Development Program in the USA from 2014-2017, where he represented Arizona. During high school’s last two years, Noah moved to Utah to attend Real Salt Lake Academy, where he played on a soccer team.

Noah went to the University of Portland, where he got a scholarship due to his outstanding credentials in soccer. In the U-19 category, he became a midfielder on the Portland men’s soccer team. Beck finished his second semester online due to Covid-19 restrictions and later dropped out.

During Quarantine days, he started posting videos on TikTok:

In 2020 when the world was stuck in the Covid-19 pandemic, Beck decided to enter the TikTok world. He published many videos in various genres but started getting attention after months of constant struggle. He mainly uploads videos of himself lip-syncing to famous songs, audio and visual clips, and posts lots of fashion and fitness content.

Later he gained millions of likes on his TikTok videos, which grew his followers, and now he has a 34.1 million TikTok family along with the crown verified account. Simultaneously, he created a report on the Thriller app, collaborated with Josh Richards and posted videos, and became a member of Sway House, a popular social media group. The same year, fans criticized him for charging fees for duets, but he clarified later that he was doing this for brand deals. Also, Noah ranked in the top 10 breakout brilliant content creators of 2020 by TikTok.

Recently he started taking acting classes. David Henrie and Kendall Vertes are his acting inspirations. Moreover, he appeared as a VIP guest for the elite brand Louis Vuitton menswear show and posed for the digital cover of VMan. In 2021, he starred in an Awesomeness TV series Noah Beck Tries Things. The short series casts his friends too. Additionally, he partnered with famous brands like dating apps Mattel and Bumble.

Noah Beck’s personal life is not hidden from his fans. Currently, he is dating a famous TikTok star, Dixie D’Amelio. They can be spotted in multiple videos and pictures, showing that they are a couple. But like other celebs, they don’t accept it in the media. Following this, they started seeing each other in 2020. Luckily, we haven’t heard any news of a breakup from them that shows their loyalty and seriousness in their relationship. 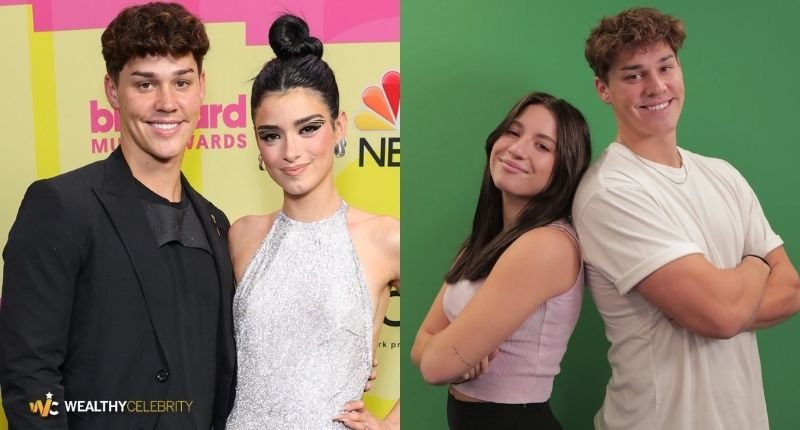 How much does Noah Beck make?

Noah Beck’s net worth is around $5 million. Most of his earnings are collected from social media posts and brand collaborations. As per Social Blade, he earns around $1.3k from YouTube each month, and his annual income from YouTube is about $16k. Moving on to the TikTok earnings, he earns $100k each year. From his sponsorship and TikTok duet, he makes at least $10k money per deal.

Getting To Know Noah Beck’s Siblings

Noah Beck has only two sisters called Tatum Nicole and Halley Beck. Tatum Nicole just like her brother is quite famous on Tiktok too. On the other hand, information about Halley Beck is private. 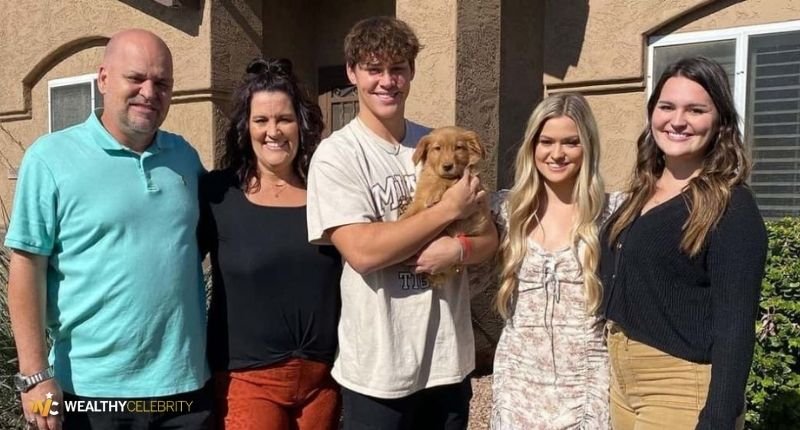 Noah Beck is not only a Tiktoker but also a soccer player and football player. Moreover, he was also featured on the digital cover of VMan Magazine due to his fashion sense and influence.

Q: How many followers are there on Noah Beck’s musically account?

A: Noah has more than 10 million followers on musically, and he has successfully translated his fame on other social media platforms.

Q: What is Noah Beck’s date of birth?

A: Noah Beck is mainly from Arizona, America. However, currently, he has been living in Los Angeles California.

Q: What is Noah Beck’s profession?

A: He is a social media influencer who earns primarily through TikTok and YouTube.

A: Noah never disclosed anything about his dating, and he is still unmarried.

Q: How much is Noah Beck worth?

Q: How tall is Noah Beck?

In TikTok, formerly the well-known entertaining app Musical.ly, Noah is trendy and holds millions of followers. This handsome hunk wins millions of hearts by posting stories, including sports, lifestyles, and comedic videos.

What do you think about Noah Beck’s TikTok career? Share your thoughts with us in the comments below.

[…] Fred Phelps II, better known as Michael Phelps, is an American-based former competitive swimmer and media personality. He is famous for being one of the most successful swimmers and Olympians of all time, with a total […]