Carl Edward Sagan was an American astronomer and a science writer. He was born on November 9, 1934, in Brooklyn (New York). Carl was an advisor to NASA for unmanned science missions. Carl was an influential and controversial figure (among various groups) in the United States because of his particular views on extraterrestrial intelligence(SETI), religion, and nuclear weapons.

Carl’s early work was based on the physical condition of the planets specifically on the atmosphere of Jupiter and Venus. Later he became interested in finding out if there is life on any other planet other than earth and in search of SETI. His fellow scientist criticized him for wasting resources to find out a fantasy that will eventually doom to failure.

His research on the atmosphere of planets (astrobiology) and his reputation as a spokesperson of science are worth mentioning. In the 1970s and 80s, he was one of the best-known scientists in the United States. He spent his life making it easy for people to understand science and its rational nature. He co-founded an international non-profit organization for science exploration in 1980.

He got recognition through his television series Cosmos, in 1980 which was written by him and his wife. His book with the same title became a best seller and was then followed by several other books based on science.

The phrase Pale Blue Dot was coined by Carl in 1994. Sagan wrote a science-fiction novel and it was converted into a successful film in 1994 named Pale Blue Dot: A vision of human future in space.

Pale Blue Dot is basically a photograph taken of the earth on Feb 14, 1990, at a distance of 3.7 billion miles from the sun, by a voyager of NASA. Carl’s book and film title was inspired by this Pale Blue Dot about which he states “Look again at the dot, that’s here, that’s home, that’s us”.

Being an astronomer Carl loved the universe and everything related to it. Science was his first love. Let’s know more about him through his quote on science, love, life, human, Cosmos, and God.

Check out this fantastic collection of Carl Sagon quotes wallpapers below: 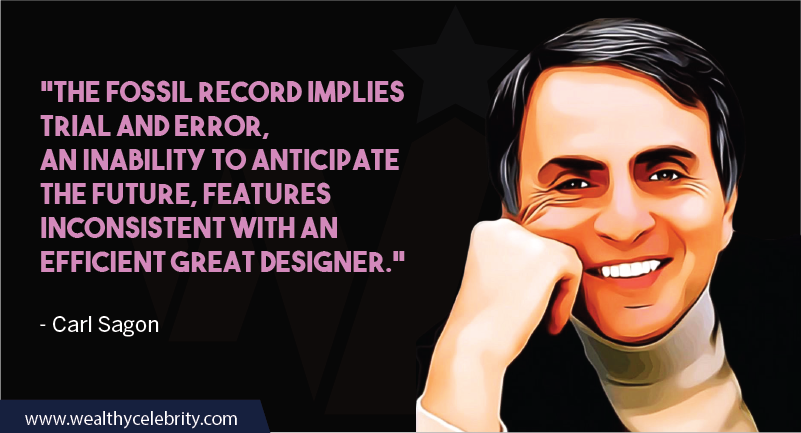 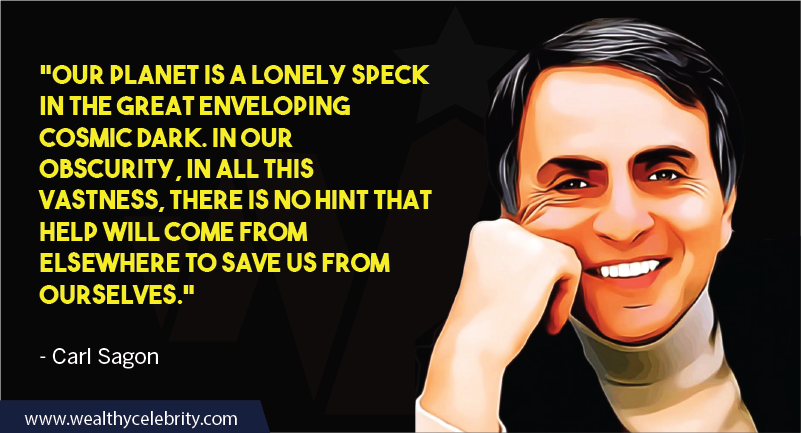 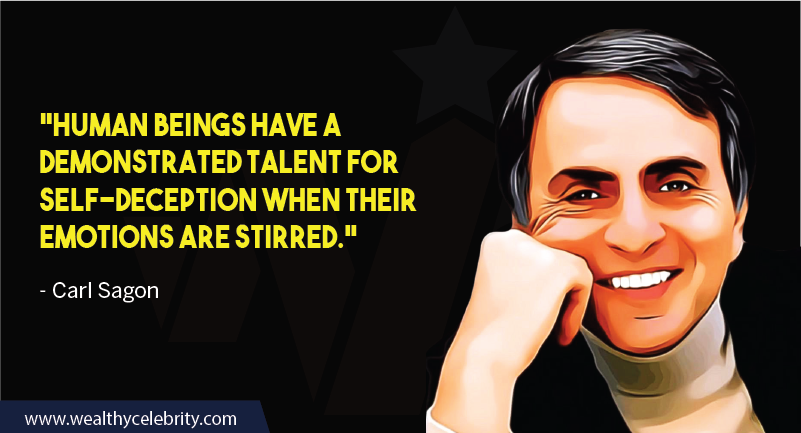 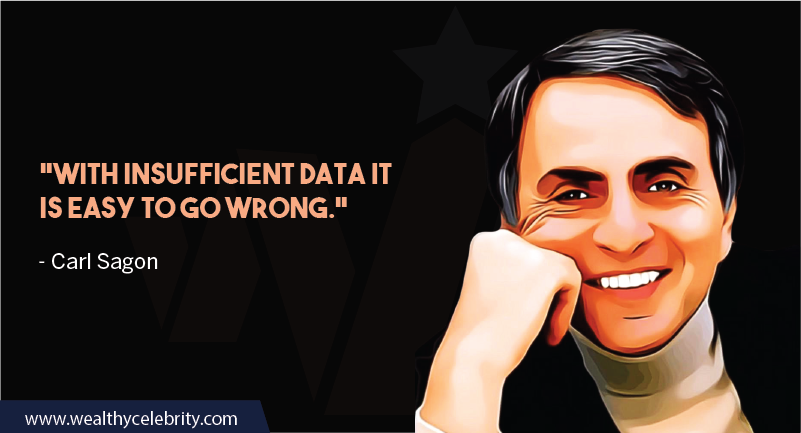 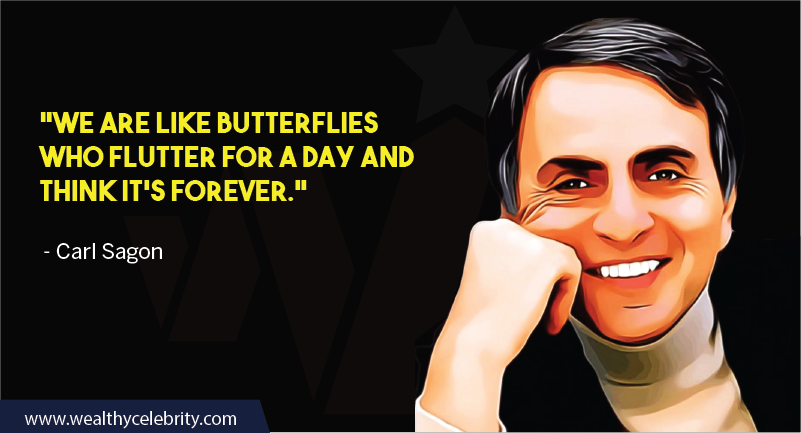 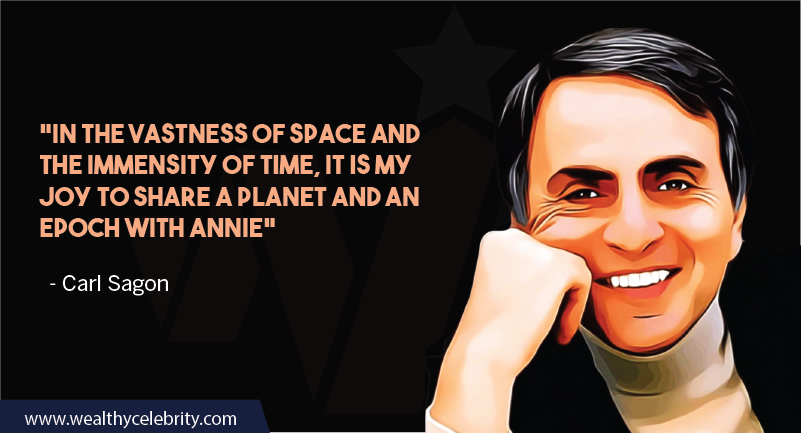 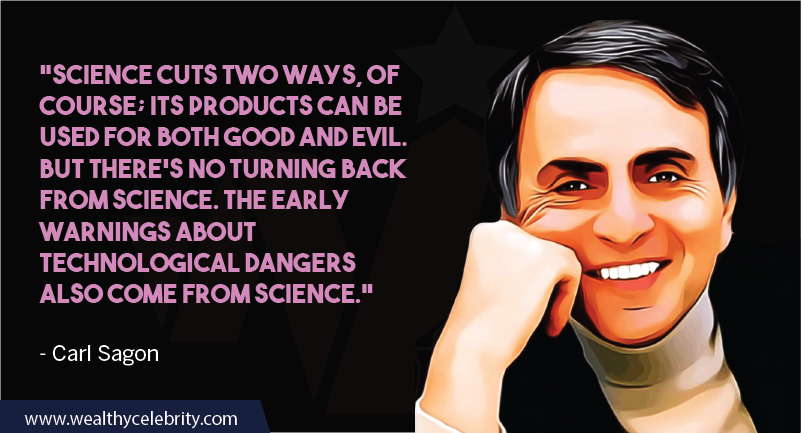 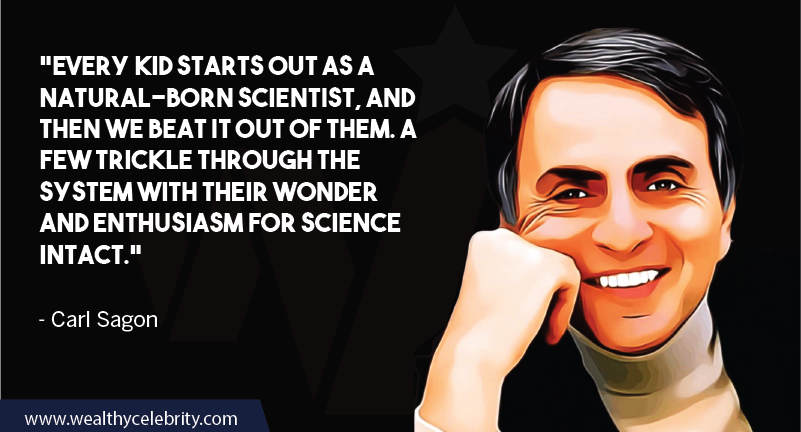 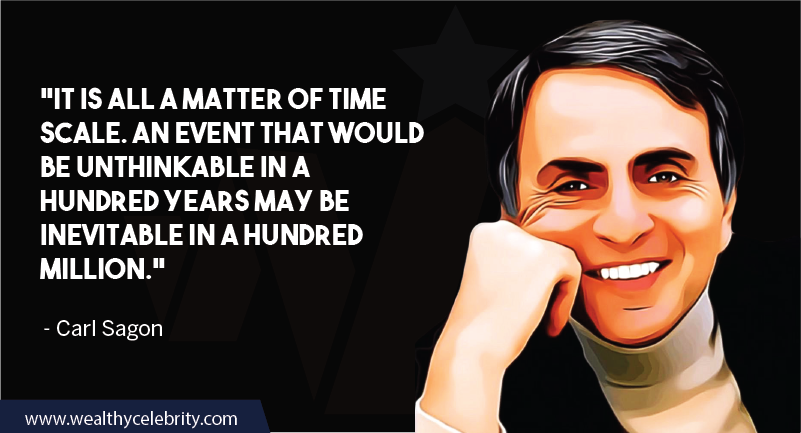 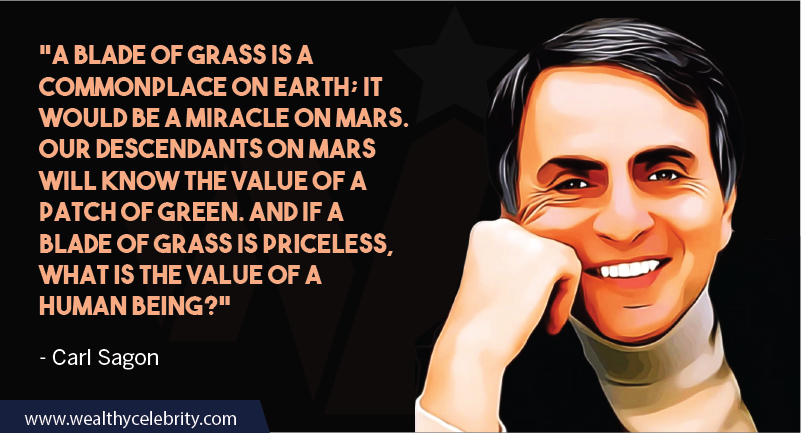 Carl Sagon Quotes about Value of Human Being

Carl Sagan’s life was dedicated to explore and preach science. He wanted every ordinary human to understand the art of science. What do you think of Carl’s views on science? Do you think his television series and all the other efforts made succeeded in making the science language of an ordinary man? and what’s your favorite quote?