Regé-Jean Page is a British-Zimbabwean actor and model. He got into the limelight from his role of Chicken George for a popular American series named Roots in 2016. Moreover, he is known for appearing in the widely streamed Netflix series – Bridgerton.

He is also an active cast member of the famous ABC series from 2018 to 2019 titled For the People. He has also made an appearance in several other key series and movies. 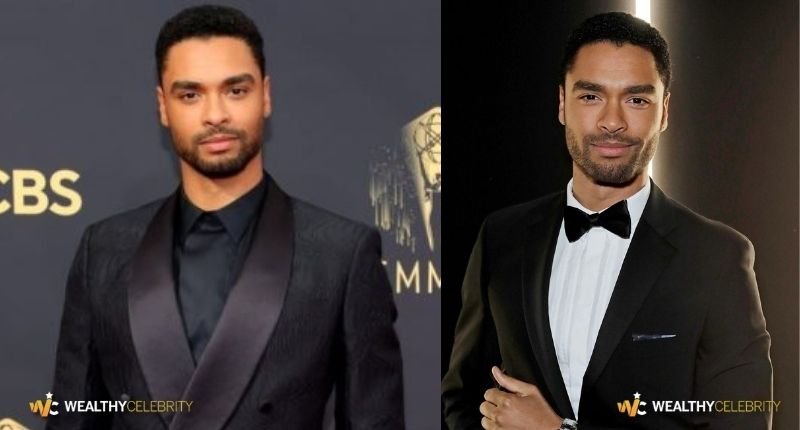 Rege was born on 27 April 1988 in a well-off Christian family in London, England. Rege was raised in Harare Zimbabwe and did his early schooling there. Soon after that, he returned to London for further studies and started secondary schooling. Rage Jean Page’s parents both worked professionally. His father was an English preacher, and his mother was a nurse. Rege Jean Page’s siblings count to three, and Rege Jean is the middle one.

Moreover, currently, Rege age is 34 years. He holds British nationality, his ethnicity is Mixed, and his religion is Christianity.

See Also:  What is Karolina Protsenko's Age? Know Everything About Ukrainian Violinist 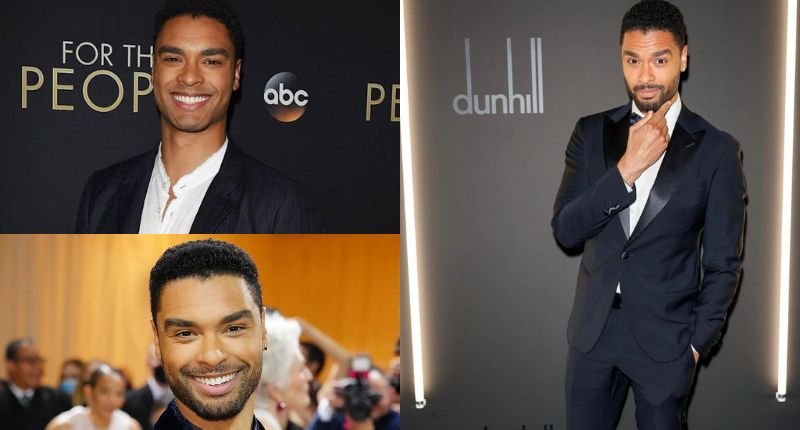 A Quick Peek Into His Acting Career

When Rege returned to the UK, he started taking interest in acting and made acting his new hobby and ultimately, career. Later, Rege enrolled at Saturday school, where he used to sing, act and dance for an hour daily. He even got selected to Drama Center London, where after two years of auditions, he graduated in 2013.

Rege made his first on-stage appearance in ‘The History Boys’ and Shakespeare’s ‘The Merchant of Venice’. In 2015, he made his appearance for BBC’s final season Waterloo Road. In 2016, Jean made his American debut by acting in a big-budget series Roots, that was broadcasted on the History channel. Afterward, he was also cast in the main lead for ABC pilot Spark. In 2017, Rege was cast for a legal drama series titled For the People, and in 2018 he was seen in a post-apocalyptic film Mortal Engines, and in 2020 he was cast in a supporting role with Tessa Thompson for a drama film named Sylvie’s Love.

Moving on, as of now, Rege is one of the well-known British actors in the national and international entertainment industries.

He Is Making $2 Million As An Actor

Rege has been part of almost 15 movies and TV shows which claim the fact about his commitment and dedication to acting. Jean has been earning fairly well from his acting skills and has around $2 million in his account every year.

A Quick Check into his Profile:

Q: Who is Rege-Jean Page?

A: Rege-Jean Page is a British model and actor who came into the limelight due to his unique role as Chicken George in “Roots (2016)”.

Q: What is the net worth of Rege-Jean Page?

A: Rege-Jean Page’s net worth is estimated to be around $1.5 million.

Q: When was Rege-Jean Page born?

Q: Where was Rege-Jean Page born?

A: Rege-Jean Page was born in London, United Kingdom.

A: His body weight is around 76 kg, and his height is approximately 5 feet and 11 inches.

A: Rege Jean is not married yet so there are no insights about his wife name or the profile.

Rege came from a mixed ethnicity but made his way into Hollywood magnificently. He is one of the bright stars who made his hobby his career and is ultimately acting in it. Rege has been part of 15 movies and series. In which movie or series you liked his acting the most? Let us know in the below comment section.

What are your thoughts on Regé-Jean Page’s net worth and the entire wiki? Share with us in the comments.