Sergey Mikhaylovich Brin is a big name in the world of the internet and also one of the wealthiest people in the world. He is an Internet entrepreneur and an American software engineer. He is the co-founder of the biggest online search platform, Google, and Sergey Brin’s net worth is 107 Billion USD.

He co-founded Google along with Larry Page and was also the president of Google’s parent company, Alphabet Inc., till 3rd December 2019. As of  2023, Brin is the 7th Richest person in the world. 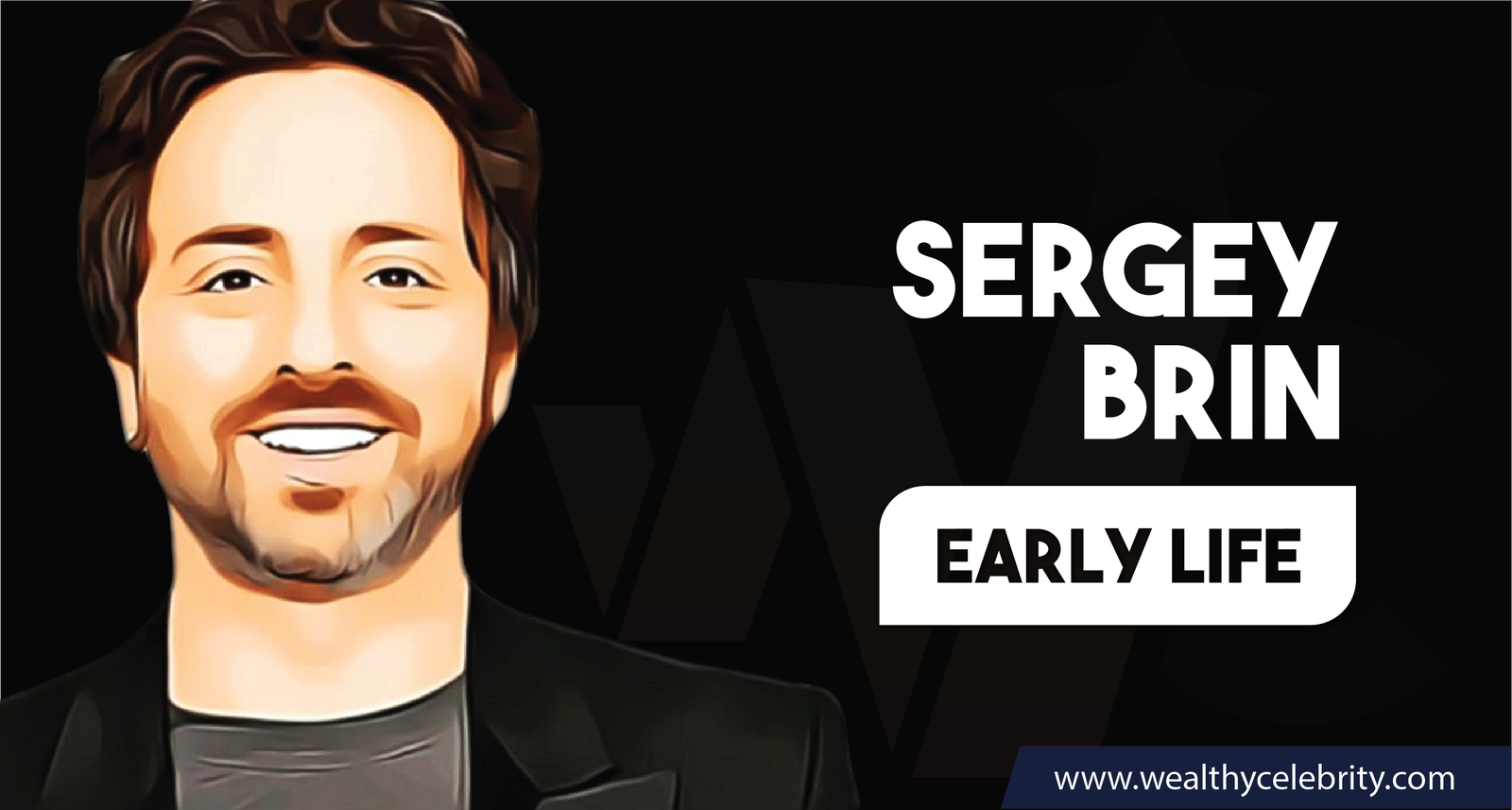 The richest Sergey Brin was born in Moscow in the Soviet Union, and his parents were Jewish. His mother, Eugenia worked as a researcher at NASA’s Goddard Space Flight Center, and his father, Mikhail Brin was a retired mathematics professor at the University of Maryland; both of them graduated from Moscow State University (MSU).

Brin’s family lived in a three-room apartment when they were in central Moscow. In 1979, when Brin was 6 years old, his family immigrated to the United States from the Soviet Union. 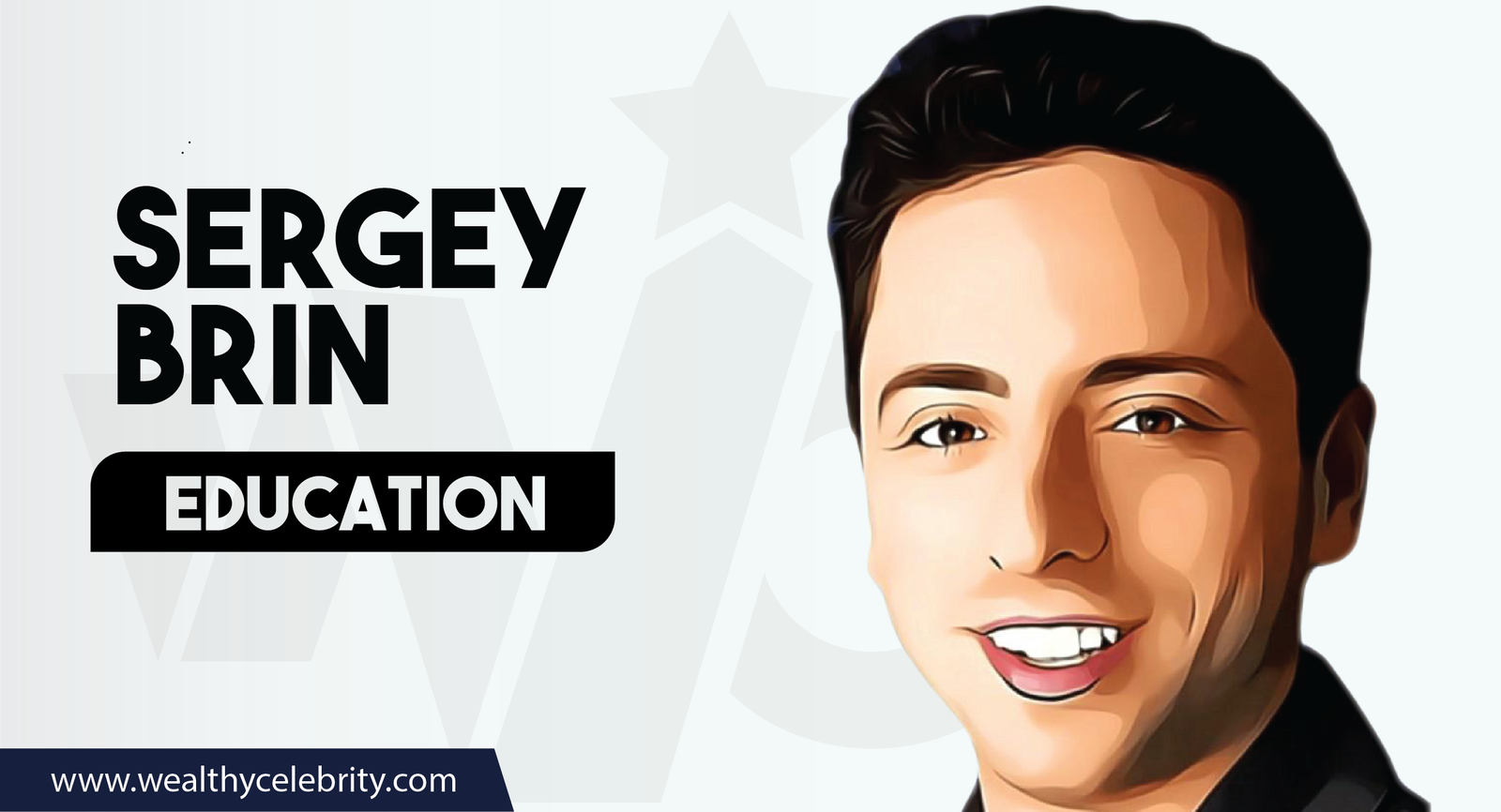 Brin studied at the elementary school named Paint Branch Montessori School in Adelphi, Maryland. After studying at home for some years, he got admission to Eleanor Roosevelt High School, Greenbelt, Maryland.

In 1993, he completed his Bachelor’s degree in Computer Science and Mathematics following his father’s and grandfather’s footsteps from the University of Maryland. At that time, he was only 19 years old. His strong interest in Computer Science is the primary reason for the high net worth of Sergey Brin today.

After graduation, he enrolled in a Ph.D. program in Computer Science from Stanford University. At this time of his academic life, he met Page, and both of them worked together in building a web search engine. Their web search engine program became quite popular at Stanford University, and soon they drop off their Ph.D. studies to start working on Google in Susan Wojcicki’s garage. Because of founding Google, Larry Page and Sergey Brin’s net worth have enlisted them among the top 10 wealthiest people of the world.

See Also:  Who is Jimmy Page? Know His Net Worth, Age & Everything 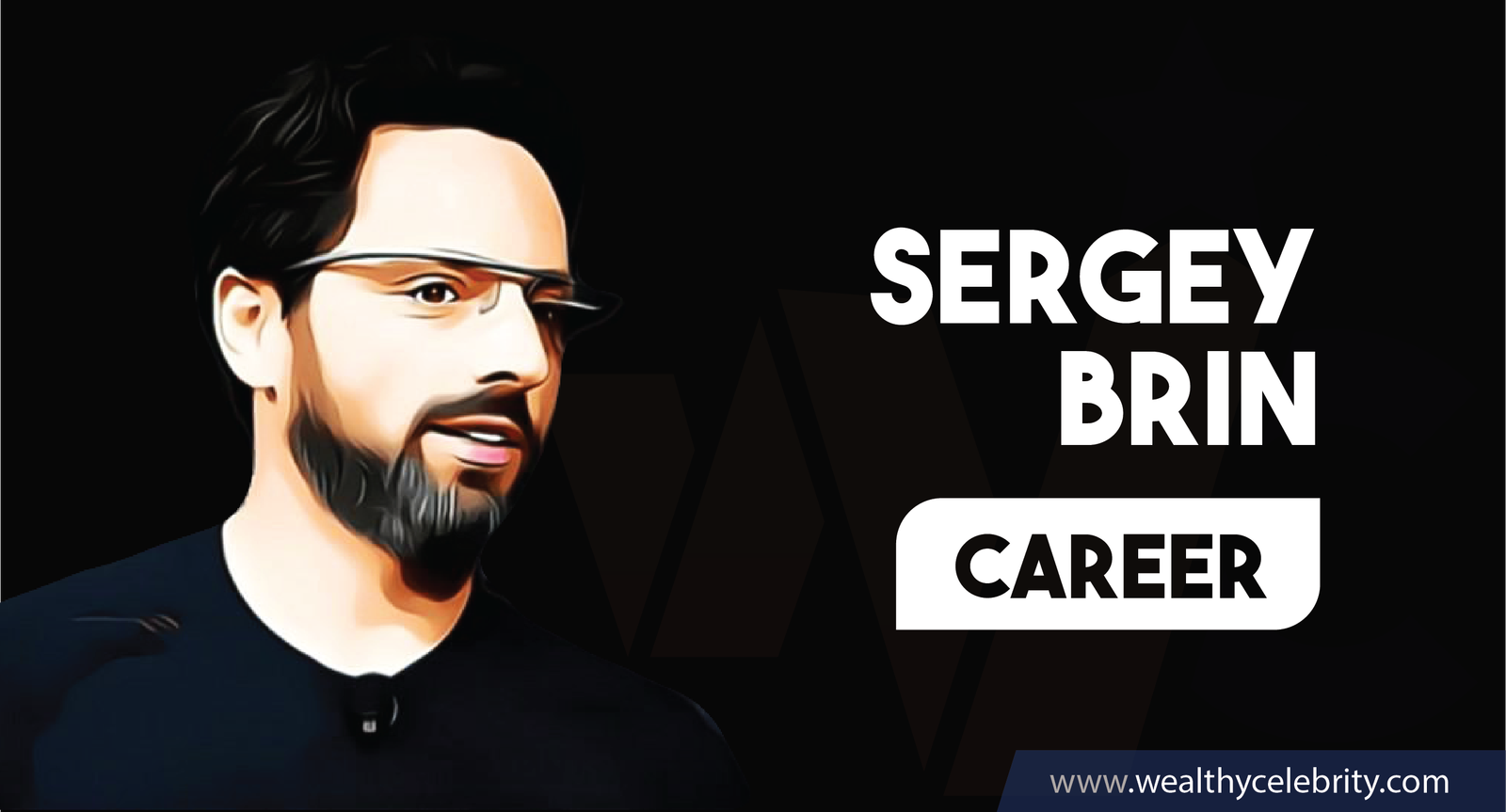 When Brin and Page met, they seemed to disagree on most subjects, but with time their conflicts turned into a close friendship, and they became intellectual soul-mates. Brin and Page developed the PageRank algorithm together and then realized that this algorithm could be used for building a search engine that will be far bigger than the existing ones.

In 1996, they released the initial version of Google on the Stanford website. Brin was also the president of Alphabet Inc., which was the parent company of Google. Brin and Page are still co-founders of Alphabet, board members, controlling shareholders, and employees. The net worth of Google’s founder Page is higher than that of Brin because he holds more shares in the company. 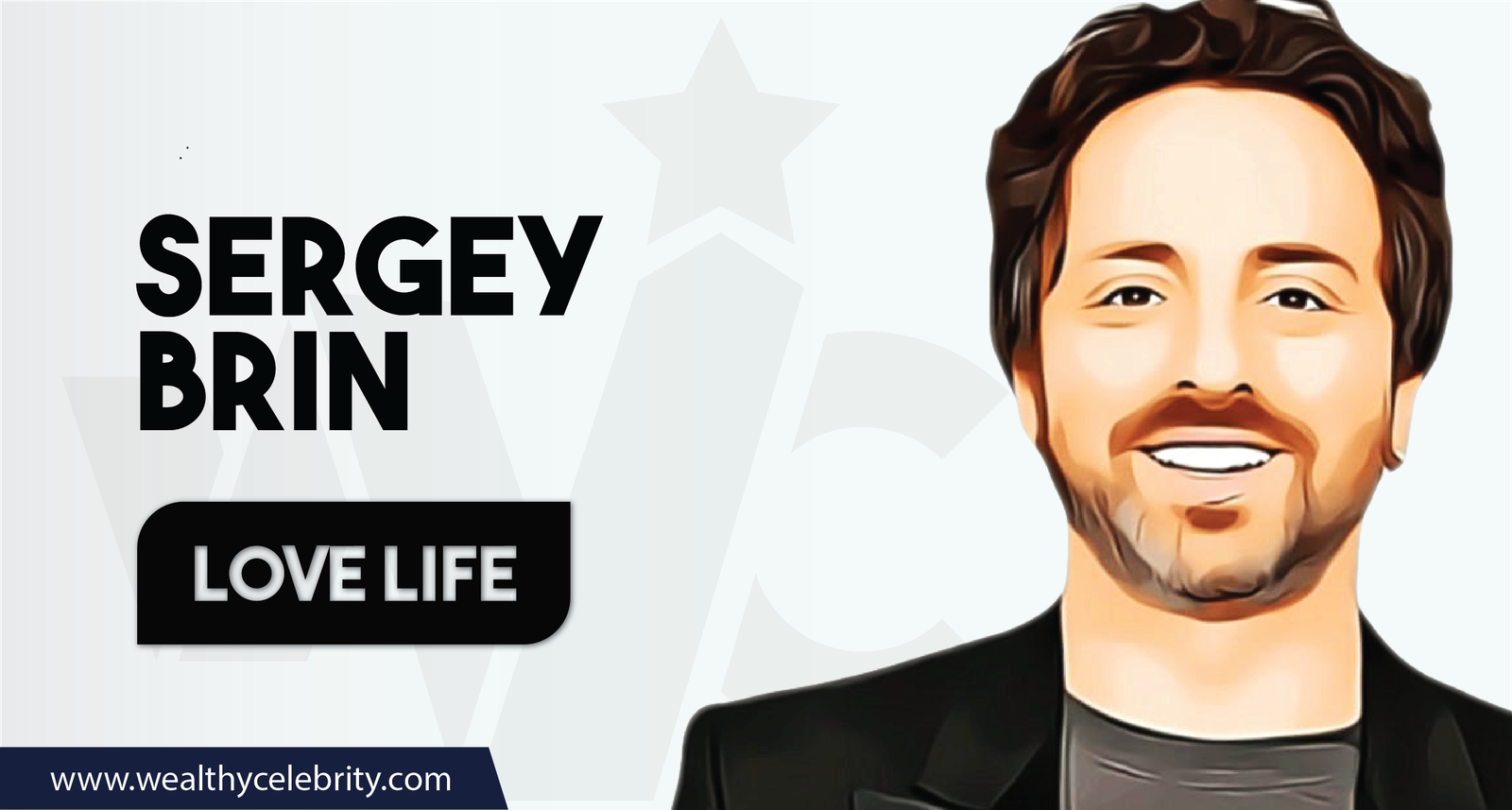 Sergey Brin married an entrepreneur and biotech analyst Anne Wojcicki in the Bahamas. They have a son and a daughter together. In August 2013, it was announced that Brin and his wife got separated because of Brin’s extramarital affair with Amanda Rosenberg, the marketing director of Google Glass. After 2 years, in June 2015, Brin and Wojcicki got divorced.

In the year 2018, Brin married a legal tech founder Nicole Shanahan, and they have a daughter, born in the same year. 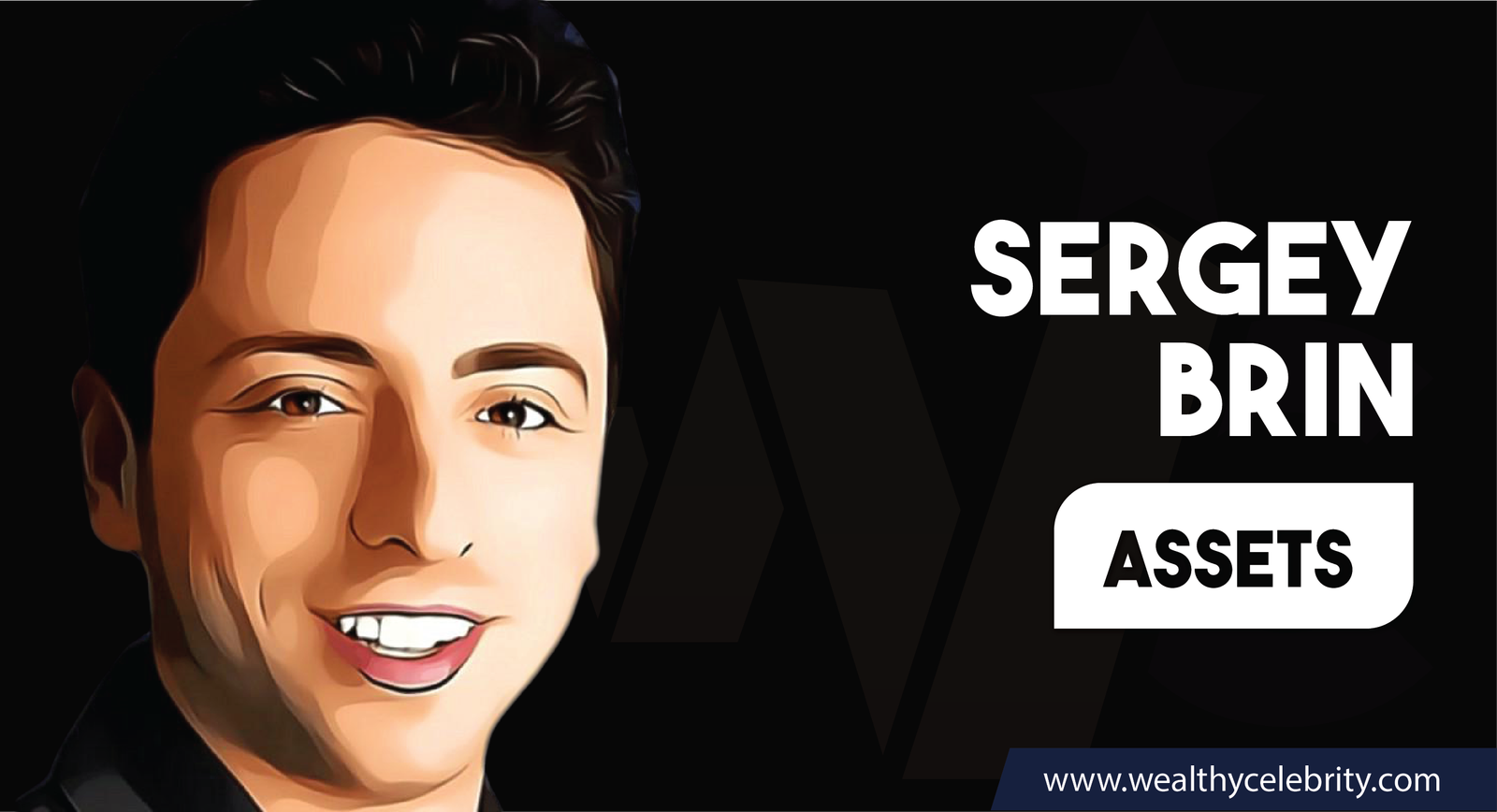 As you saw in our previous article, Norm Macdonald Net Worth, he likes to spend on luxurious items; let’s have a look at the assets of Sergey Brin.

After getting the answer, how much is Sergey Brin worth? The next question that might arise in your mind is, where does he spend his money. Let us make it simple for you. In 2008, Brin bought a 3500 square feet penthouse in New York City’s West Village worth $8.5 million. This is a 4-bedroom penthouse apartment having a 23-foot balcony and a limestone bath with heated floors.

Along with Larry Page, he co-own Dornier Alpha Jet and a customized Boeing 767-200, having 50 passengers sitting, and two staterooms with connecting bathrooms, showers, and dinner areas. He is also the owner of a large estate in an area of Los Altos Hills, California, that is still not disclosed, and his followers are still wondering where Sergey Brin lives.

Even after the divorce Brin and Wojcicki are running The Brin Wojcicki Foundation jointly. They gave $1 million to support the Hebrew Immigrant Aid Society and also donated extensively to The Michael J. Fox Foundation.

Brin is a donor of Democratic Party organizations and candidates. He denoted $30,800 to the DNC and $5,000 to Barack Obama’s reelection campaign.

Along with Sergey Brin’s net worth, here are some of the amazing highlights of his career.

Q: Who is Sergey Brin?

A: Sergey Brin is the co-founder of the internet giant “Google” as he founded the world’s largest search engine together with Larry Page. In addition, he is known for being an internet entrepreneur.

Q: What is Sergey Brin’s birthplace?

A: Sergey Brin was born in Moscow, Russia.

Q: How old is Sergey Brin?

Q: Who is the current wife of Sergey Brin?

A: Nicole Shanahan is his current wife, whom he married in 2018 and with whom he had a daughter.

Q: What is the net worth of Sergey Brin?

Q: How rich is Sergey Brin?

A: Currently, Sergey Brin is the 7th richest man on the earth.

Sergey Brin’s net worth as of 2023 is 107 Billion USD, and it is all because of co-founding one of the most used search engines in the world, Google. His view and hard work helped him bring a change, and today he is one of the most influential personalities in the world. He had a keen interest in computer science from a young age and an urge to do something big. Here is all you wanted to know about how much does Sergey Brin makes in a year, but if you want to add something else, feel free to comment.