Simon Leviev is taking the internet by storm with the name of Tinder Swindler, who came under the social media spotlight in the last few days when people came to know that he used to dupe women around the world and manage to run with an estimated amount of $10 million. People got crazy to know who is Simon Leviev? – after watching the recently released Netflix documentary on this person, they have explored how he did that and how far he has gone and where Simon Leviev is now, etc. The documentary also puts a flash on the women he betrayed. (Simon Leviev’s Netflix documentary is titled ‘Tinder Swindler’.)

Well! The mind games of the con man came to an end in the late 2019 season, and according to the latest updates, he is currently somewhere in Israel. Read on to know what’s behind this cloudy story.

Want to know who is Simon Leviev? First of all, Simon Leviev is not his real name. His real name is Shimon Yehuda Hayut, and he is currently 32 years old. He was born on 27 September 1990 in Bnei Brak, Israel. The details about Simon Leviev’s parents and siblings are not known yet, as many people stated that he ran away from Israel and left his family with his friends to settle in Brooklyn. (Where he misused his friend’s credit cards). 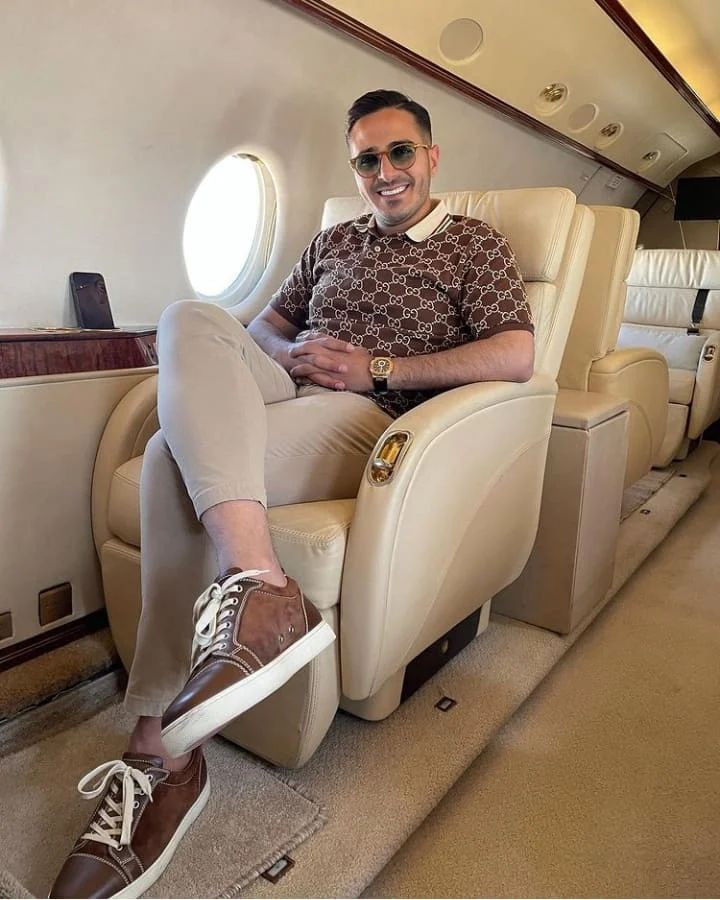 Who is Simon Leviev

Moreover, as with many people and his close friends, he was always a con man and did frauds. Also, to change his identity, he changed his real name from Shimon Yehuda Hayut to Simon Leviev and pretended that he was the son of Lev Avnerovich Leviev, who has nine children and is known as “The King Of LLD Diamonds.” But according to the official sources, Shimon Yehuda is not the Son of Lev Leviev.

Shimon (Simon Leviev) reportedly used to dupe women by using Tinder (the dating application), where he designed a flare of giving them a visit to his luxury hotel and date on his private jet. When he realized that this way could help him dupe women easily, he started to con women as his profession. Later, Shimon started to fake his identity and make a specific woman fall in love with him so that he could dupe her easily. 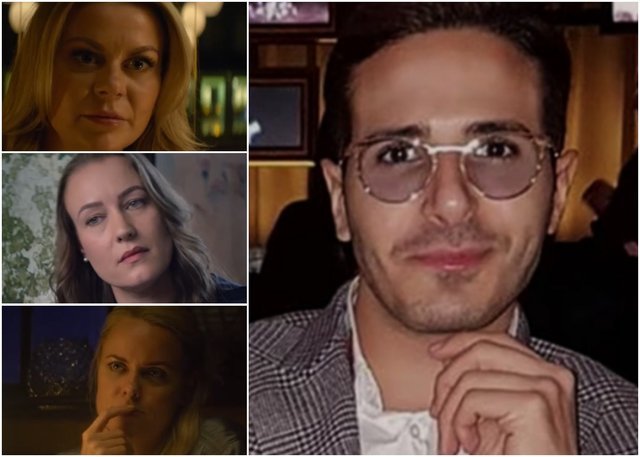 He started to rob $20,000 to more than $140,000 from each woman. And after successfully distancing himself from her, he starts dating someone new. To keep himself away from court and police, he escaped from many countries, such as London, Barcelona, Rome, Mykonos, and Tel Aviv. Also, it’s been a decade since police noticed that this man got arrested almost five times in five years. As of now, he finally got officially arrested (in 2019). And currently, he is somewhere in Israel.

Netflix has shown everything that this man did in one documentary. It is currently a ready-to-stream documentary that’s creating a unique buzz in the industry and among crime documentary fans. The documentary follows the name ‘The Tinder Swindler‘ where they cast a Shimon lookalike man who robs and con women around the world by using the dating application ‘Tinder.’

Moreover, the documentary shows us that he is pretending to be the son of a billionaire to develop trust between himself and his next targeted woman. And according to the viewer’s point of view, his story is fascinating and creates suspense. As mentioned, Simon Leviev scammed women. That’s why the documentary also puts a flash on the women he betrayed.

Where Is Simon Leviev Now?

Shimon (Simon Leviev) got arrested many times. He first got arrested in Israel, from where he fled away, next to Finland. The second time, police caught him in Athens, Greece. As of the Times of Israel – a newspaper, Simon was imprisoned in jail many times. But for some unknown reason, he got released after every 15 months (hardly). Also, the police stated that right after being released, he started posting pictures of himself on his Instagram. 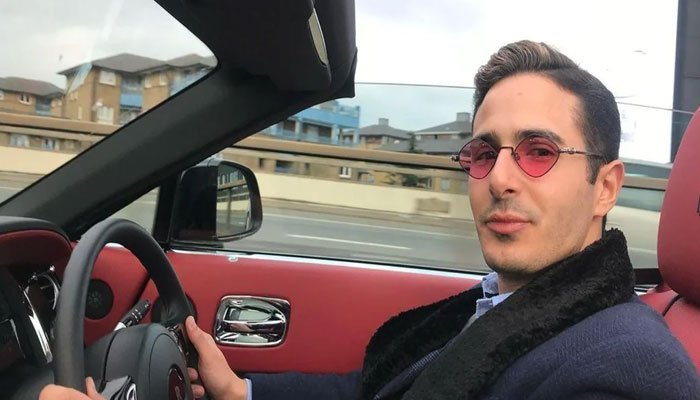 Where Is Simon Leviev Now

But, after some time, he left using social media and stopped posting anything related to his personal and professional life. Also, it is still not clear whether the Simon Leviev Netflix documentary is based on a true story or not, as Shimon claimed on Israel News 13 that everything in this documentary is not true. And when the reporter asked him does he had any connections with the Leviev family? he replied, “I never knew that there is a Copyright on their surname.” As of now, he is living somewhere in Israel.

Simon is no more using any social media platform, so it can get hard to predict whether he is dating someone or not. His ex-girlfriends’ names are Cecilie Fjellhøy, Pernilla Sjoholm, and Ayleen Charlotte. And according to a few rumors, he is well settled with a female model Kate Konlin in Israel. Also, there is no information about what he is doing now and where he has been for a year. Moreover, it is unknown which identity he is using right now to keep himself away from the police and court. 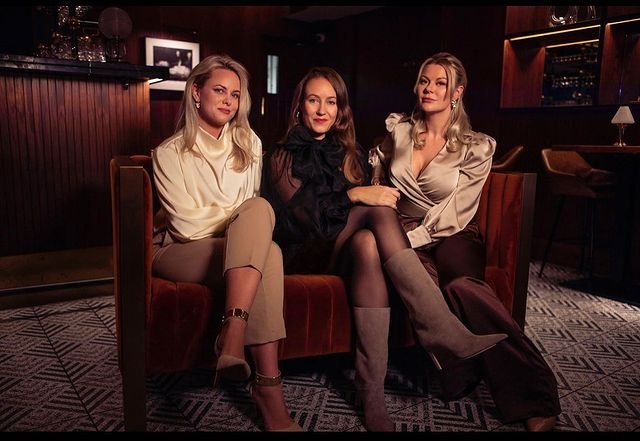 Simon Leviev stated that he is one of the sons of a diamond billionaire who has nine children. And we see his background from his statement point of view then he must have a billionaire lifestyle and net worth. Also, as of now, no one knows whether he fakes his wealth or he is that rich is reality. According to some sources he still has more than $10 million.

Simon Leviev, better known as “Tinder Swindler” in the Simon Leviev Netflix documentary, had a big social media presence, especially on Instagram. He posted pictures of himself while showing off his lavish lifestyle, driving around in luxury cars, eating out on yachts, and traveling around the world in his private jet. And for that reason, many people started to doubt that maybe all the rumors were true and he was a duping man.

But as mentioned, nothing got confirmed. That’s why we can’t say anything about it. However, the questions got cleared: Who is Simon Leviev? – in this post. Now, check out the FAQs section, where we will discuss Simon Leviev’s age, height, weight, and many other things.

Q: How Old Is Simon Leviev?

Q: How Tall Is Simon Leviev?

A: His Instagram username is @simon_leviev_officical, however, Simon Leviev is no longer present on any social media platform for now.

Q: Is The Tinder Swindler Based On A True Story?

A: It's still not confirmed whether The Tinder Swindler was based on a true story or not.

A: As of now, there is no official information about Simon Leviev's marital life, and didn't mention it anywhere that he is married.

After reading the post I must say that this man is hilarious!!! I think these girls were desperate when someone start asking for any amount of money from you. It's not love. Love and greed make people blind.