Despite the 22 postponed games of the NBA 2022 season due to safety issues, the highest paid NBA players managed to make the most out of last year. The NBA salaries have skyrocketed over the past three decades, with an average salary of USD 9.5 Million per player the last year.

According to Forbes, 35 NBA players are set to make a minimum of USD 28 Million before escrow payments this season, well ahead of the top 10 NFL players and seven in MLB as well. Now, the 2021-22 session has just tipped off in a quite familiar fashion, and we are eager to see the highest NBA player salaries, bonuses, and endorsements that are expected to be paid by NBA.

So, we have compiled a list of the top 10 highest paid NBA players for you to have a look at what they are expected to make in 2022. 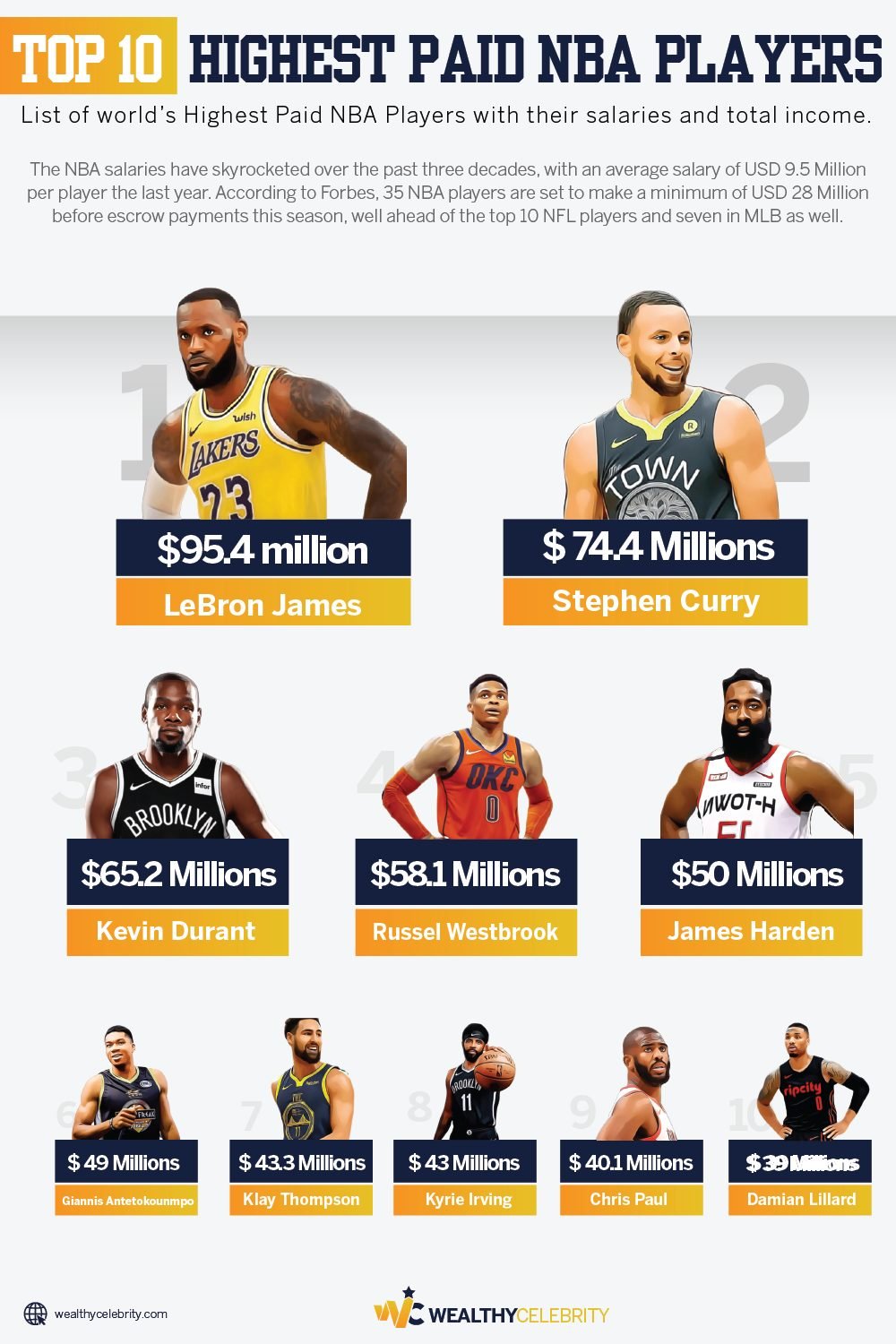 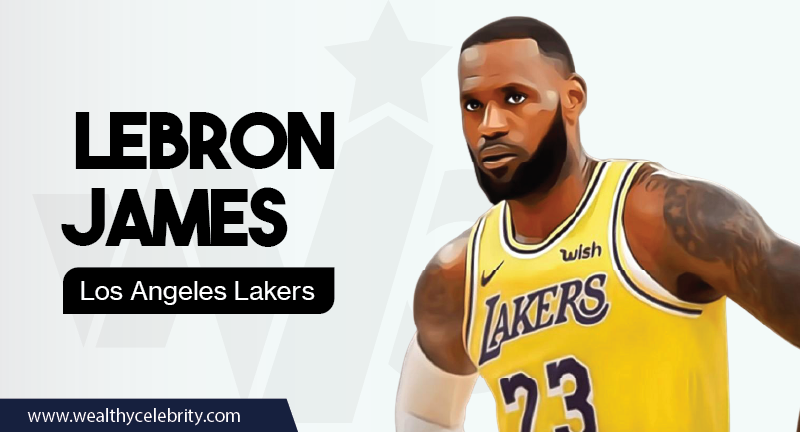 If someone asks you, “who is highest paid player in NBA,” you can bluntly answer them with the name ‘LeBron James.’ He is the NBA’s highest paid basketball player for straight seven years, including his off-court income.

LeBron James is set to make USD 95.4 million this year, combined with USD 31 million as salary and USD 64 million from endorsements, media, and memorabilia. However, the global pandemic has slowed the endorsements, but King James managed to generate USD 64 million. This year, his earnings are set to hit $1billion ($700 million will be generated off the court). While still being an active athlete, his high earnings make him join the three comma club and Cristiano Ronaldo, Lionel Messi, Floyd Mayweather, and Tiger Woods.

Despite the long relationship with Coca-Cola, LeBron James moved on to Pepsi to promote Mountain Dew after the two parties failed to reach an agreement for a contract extension. Moreover, James retains the endorsement contracts with Walmart, Nike, AT&T, Rimowa, Blaze Pizza, Beats, and GMC.

Apart from the basketball, James is also known for his unbeleivable keto transformation and some of the most inspirational quotes said by him. One of his powerful quotes are “ you have to be able to accept failure to get better.” 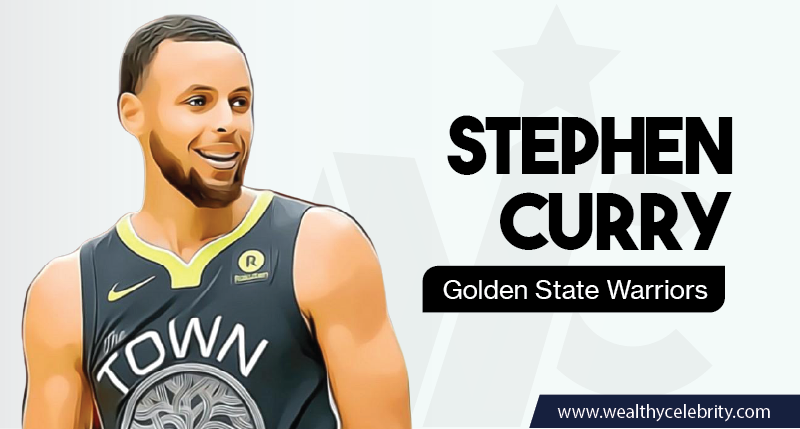 For four straight seasons, Curry is one of the highest NBA players by salary. The run comes after he finalized a bargain basement deal for $44 million over four years. During this, Stephen curry won a pair of the MVP awards and also led the Warriors to 2 titles of NBA. 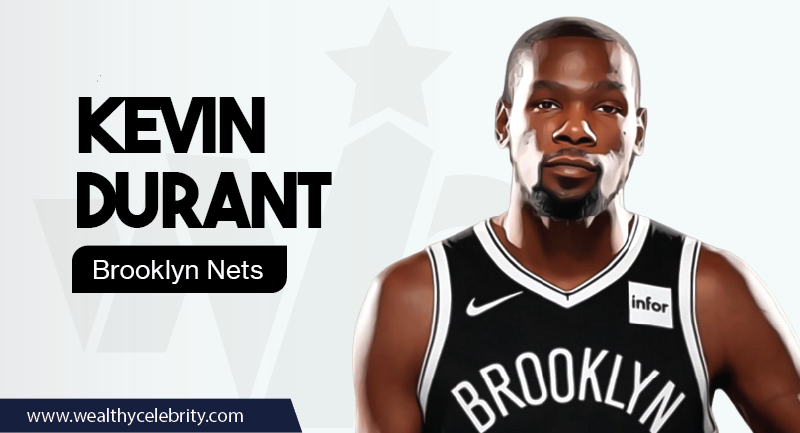 Durant is the 3rd most paid NBA player. In November 2020, Kevin Durant scored when Uber bought a food delivery service, Postmates, for USD 2.65 billion. Durant had invested in this start-up back in 2016 at a discounted entry price in return for his endorsements. He converted his initial USD 1 million stakes into USD 15 million roughly. 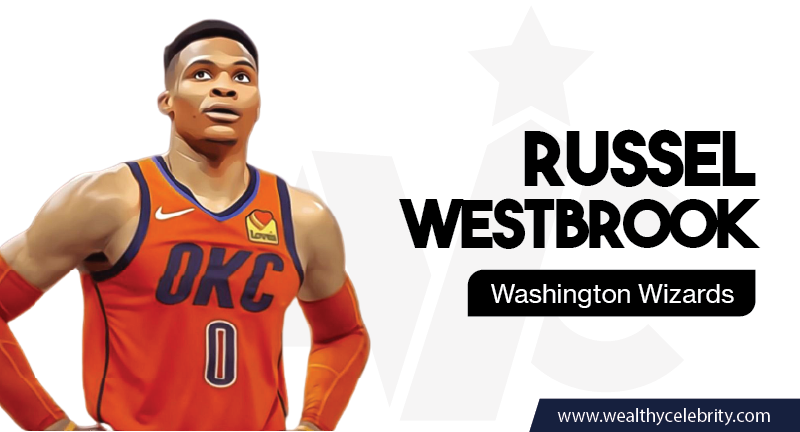 Westbrook has decreased endorsements over recent years. Despite the numerous teams and run of streaky form, his earnings are not impacted. He struck gold with a partnership with Nike, which made him secure USD 58.1 million. Moreover, Russel Westbrook has made a strong portfolio of car dealerships with ten dealerships in Southern California. 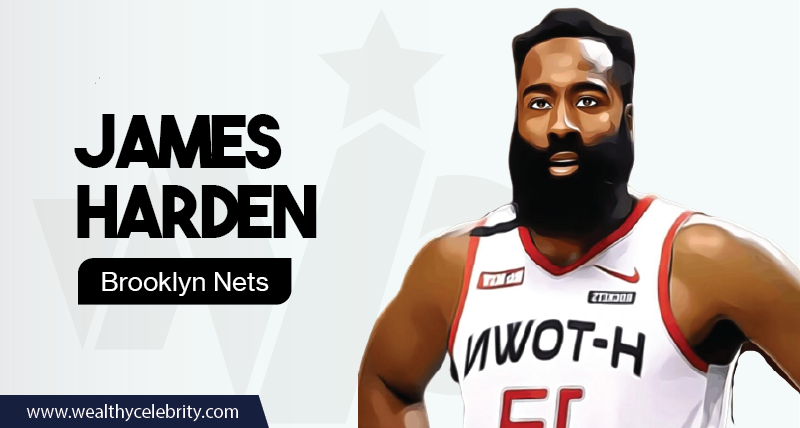 James’s Adidas deal pays approximately USD 14 million per year, and he benefits from the endorsements of Body Armor, Stance, and Art or Sports. The 2018 NBA MVP has joined the smart home fragrance brand Pura as an investor and a creative director. 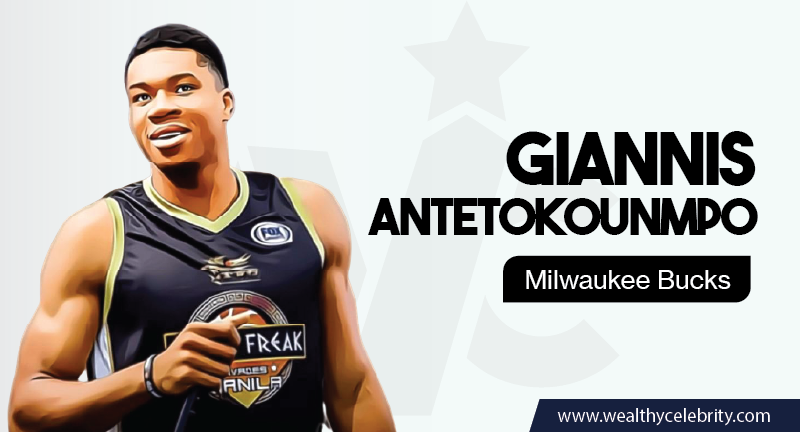 With USD 49 million total earnings, the 6th highest paid basketball player is Giannis Antetokounmpo. He secured USD 228 million by signing the richest deal in the NBA’s history through a contract for a 5-year extension with the Milwaukee Bucks. According to Forbes, Disney locked up the rights of a film made on his life, a journey from Greece to the NBA’s stardom. The movie will be released in 2022. Giannis is the youngest of all the most paid NBA players at the age of 26. 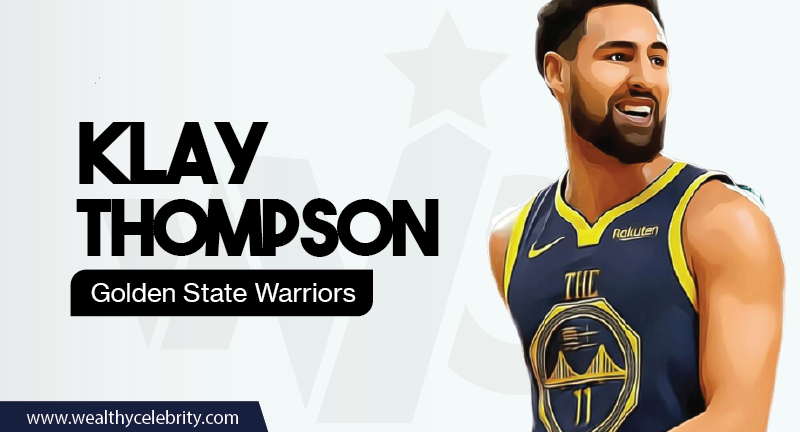 With USD 28.3 million as salary and USD 15 million from endorsements, Klay Thompson manages to bag a total of USD 43.3 million. This makes him eligible to appear on the list of the top 10 highest paid NBA players. He may be going through the most unlucky injury runs in the history of sports, but the player is still making serious coins.

In October, the star joined Travis Pastrana, Paul Rodriguez, and Alex Morgan to launch Just Live, a CBD brand. This brand aims to ensure fitness recovery with natural alternatives for painkillers. Furthermore, Thompon also has endorsement contracts with Mercedes Benz, Kaiser Permanente, and Tissot. But, most of his off-court income comes from the Chinese shoe partner Anta. 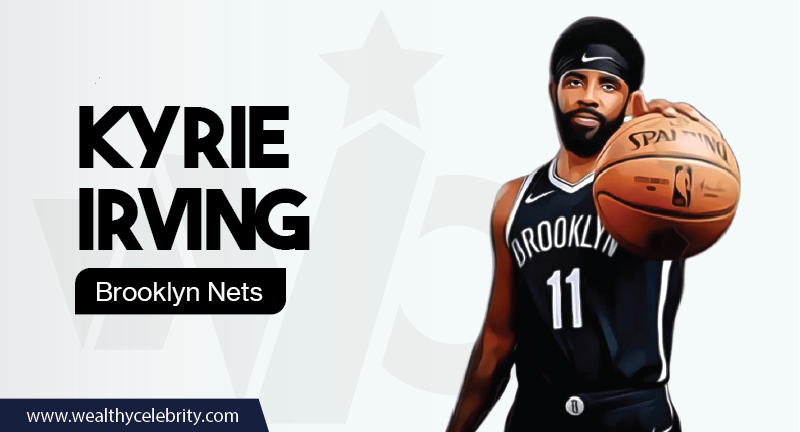 Last year was not a good one for the star as he missed seven games with the Nets in January. According to ESPN, Irving said ‘just needed a pause.’ It cost Irving $900,000 infringement and USD 50,000 as a fine for not following the COVID-19 protocols. However, a handsome salary and the gainful endorsements are keeping him more than just comfortable. A movie released in 2018, Uncle Drew was inspired by a viral ad campaign of Kyrie Irving with Pepsi, although the company does not have an active partnership with the player. 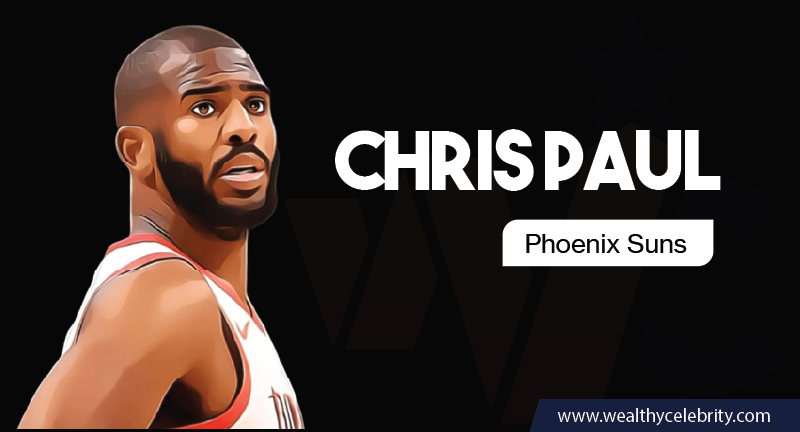 Chris Paul succeeded in appearing in the 9th position on the top 10 NBA highest paid players with total earnings of USD 40.1 million. Including his salary of USD 33.1 million and USD 7 million endorsements. The NBA player association president showed his impact by investing in a pair of funds from Turner Impact Capital. Paul also invested personally in Beyond Meat. For next season, Chris Paul has an option that anyone at his position would not miss, and its worth is USD 44.2 million. 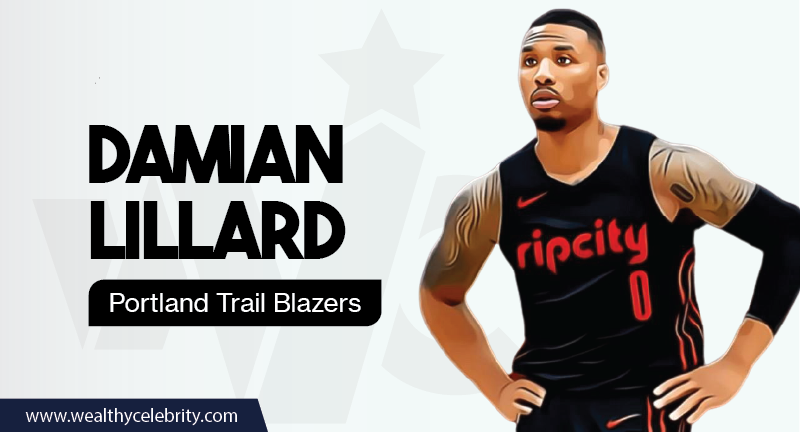 Compared to other NBA highest paid players, Damian Lillard comes at the 10th position with total earnings of USD 39 million. Including Lillard’s salary of USD 25 million and endorsements of USD 14 million. When we talk about NBA player salaries, Damian’s salary is the lowest among the top 10 highly paid NBA players. Thanks to his earnings from endorsements, that make Lillard eligible to appear on the list.

He joined Gatorade’s product line, Bolt24, recently, and it was launched in 2019. Damian told Forbes, “It is new now, but there will come a time when Bolt24 is a well-known thing. I saw it as an opportunity to be tied to that history.” An annual internship program was also launched by Damian last year for a half-dozen deprived students at high schools in Los Angeles, Chicago, and New York.

Well, these were the top 10 highest paid NBA players in the world for 2022. Some earn more from their salaries from the NBA, and some earn more from the endorsements they have with brands. You might have noticed that Stephen Curry’s salary is more than that of LeBron James. Higher salary makes Curry the highest paid player if we order the list by NBA salary rankings. But since we are looking for the players who earn the most, LeBron James is at the top of them.

However, everyone is earning a handsome amount on the whole, which keeps all of them comfortable. Although all of these NBA players do well on the court and are perfect in their game, I like Stephen Curry the most. Post in the comment section below and let me know which player do you like the most?

All About Dwyane Wade - Career, Family and More

[…] to sign contracts with international basketball teams. And as of now, he is one of the best and highest-paid NBA players all over the United […]

[…] and basketball player who has been making headlines since 2014 for being one of the best yet most professional NBA players in the US. Well, we hope that this post was informative and helpful for you […]

[…] Tacko Fall is a well-known basketball player who has gained massive fame and fandom rapidly in just a few years of his professional career. […]