Do you know about the most successful women in the world? We always talk about men and their success. Today, we will talk about some young ‘Sheroes’ who have aced their lives beautifully.

These young women entrepreneurs have paved a path for so many girls around the world. There are many female founders of famous companies who have motivated people to follow their dreams. Here we will talk about 10 brave women entrepreneurs under 35. Without further delay, let us start our read! 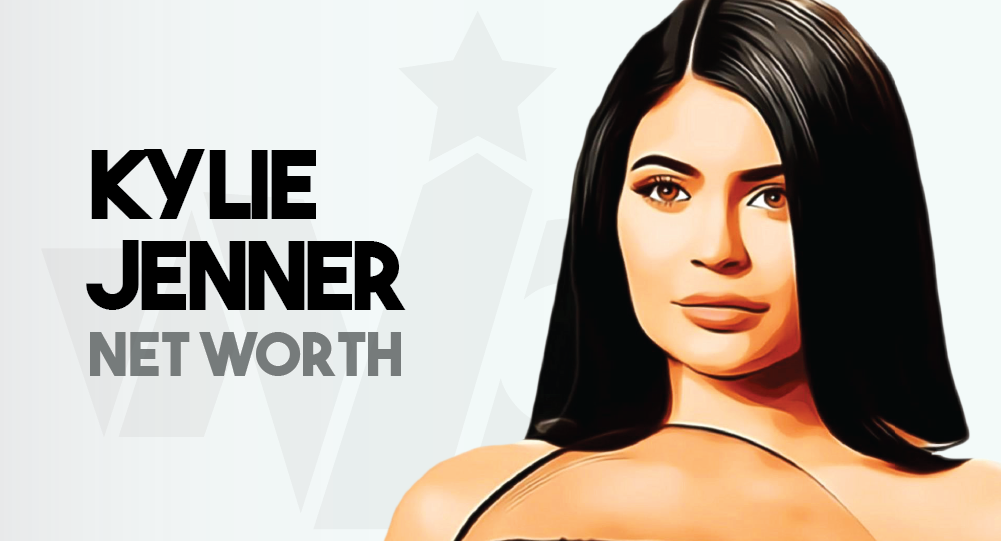 Kylie Jenner is the top businesswoman. Kylie started her business as Kylie Cosmetics with a $29 lip kit a few years ago. In 2015, Jenner used some of her modeling income to start this business. Her lip kit sold at once. The report says that since then, she has sold more than $700m worth of cosmetics. This has made her the youngest richest entrepreneur.

Surprisingly, she has no formal education in economics and business, yet she is on the top of the entrepreneur’s list. Kylie is a reality TV star. In January 2019, she sold more than 50% of Kylie Cosmetics to Coty Inc. for $600m.

In March 2019, Jenner appeared on the Forbes Billionaire list as the youngest billionaire with a net worth of over $1b. On social media, Kylie Cosmetics has reached more than 17m followers in a few years. 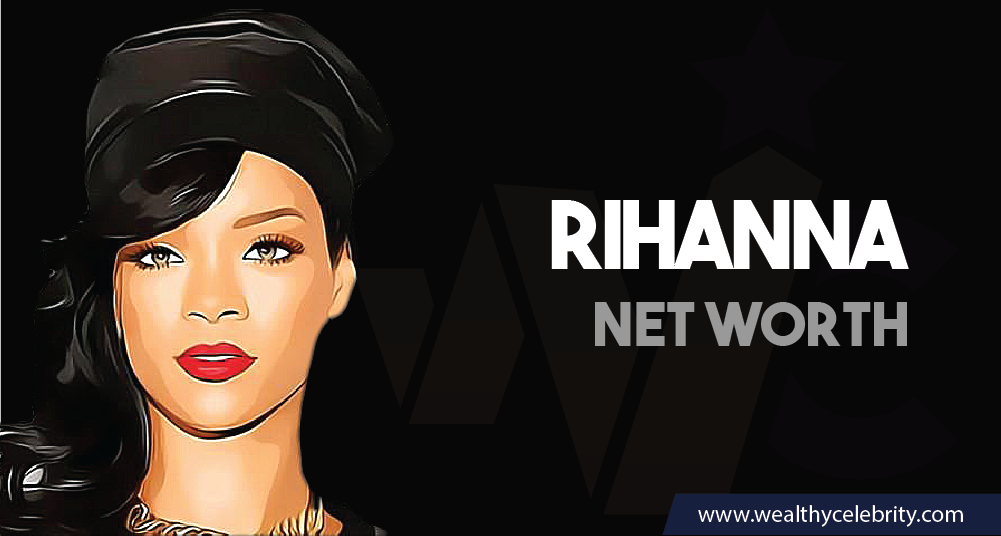 Rihanna, 32, is one of the best female entrepreneurs. She is doing multitasking as a:

Rihanna has a fortune of $600m and the richest female musicians. She has raised herself from the ground and reached to the skies. It looks like she is not planning to stop here. 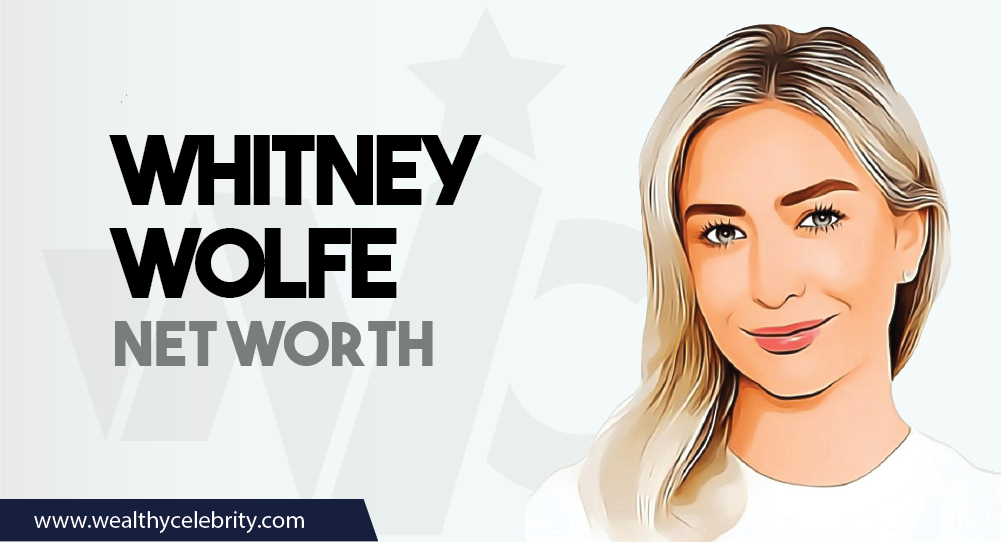 Whitney is the founder and CEO of a dating application called Bumble. The exciting thing about Wolfe’s website is that only women are allowed to start contact. Wolfe is one of the best female entrepreneurs, and her net worth is $500m. Bumble had more than 11 million registered users in January 2017. The number of registered users is increasing with each passing day.

Besides Bumble, Wolfe also confounded Tinder in 2012. Unfortunately, she left the company. Despite many hurdles, she has been regarded as one of the most successful female entrepreneurs. Wolfe is an inspiration for many women. She has proved that obstacles are only there to motivate you to work hard. 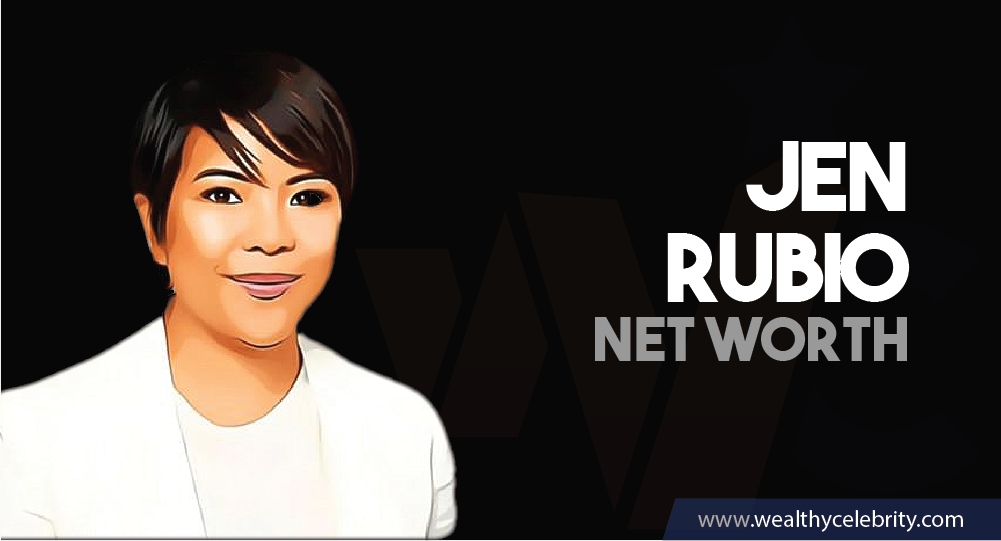 Jen Rubio is the founder of Away. Away is a travel brand that helps people to do something different from their monotonous routines. Jen is among those famous female entrepreneurs who believe that the quality of their work should be maintained at any cost. Rubio took special care to add the adventure in all the work she does.

See Also:  The 10 Most Expensive Swimming Pools Owned By Celebrities (2022)

This successful businesswoman has created a business with a sense of adventure. Jen also gives her staff members:

Jen has gained terrific success in a few years. At present, her net worth is $130m. It seems that soon her passion will multiply her net worth. 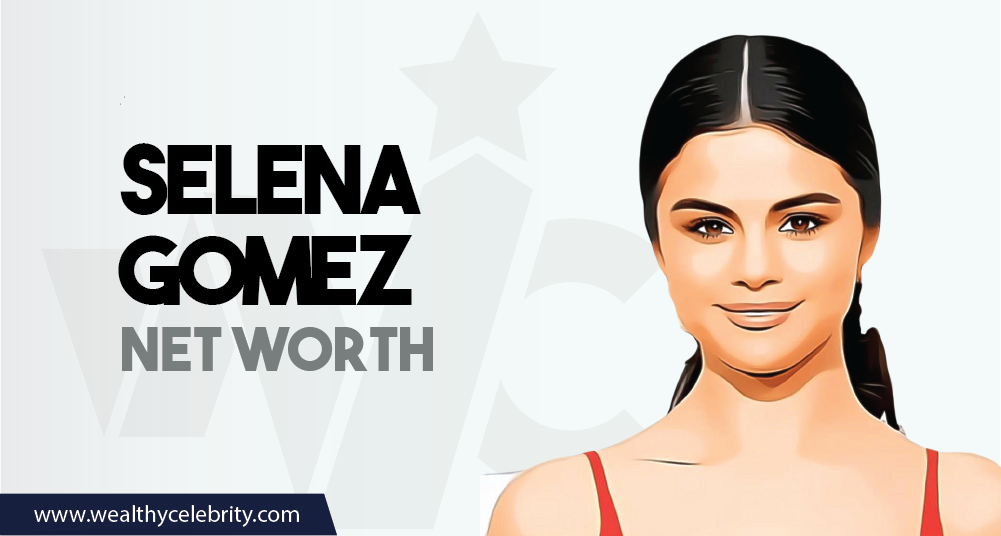 Selena Gomez has entered into the entrepreneurs’ list along with some other new celebrity entrepreneurs. Selena has taken part in some smart business investments. She is already acting on it. Gomez has the following businesses:

Selena has invested over $750,000 for her new business venture. While giving an interview, she said that she loves to hold photos in her hands. Holding a photo album is quite different from looking at photos on the mobile. She misses that memory, so she has jumped into this business to revive her memories. Selena’s net worth is $75m. 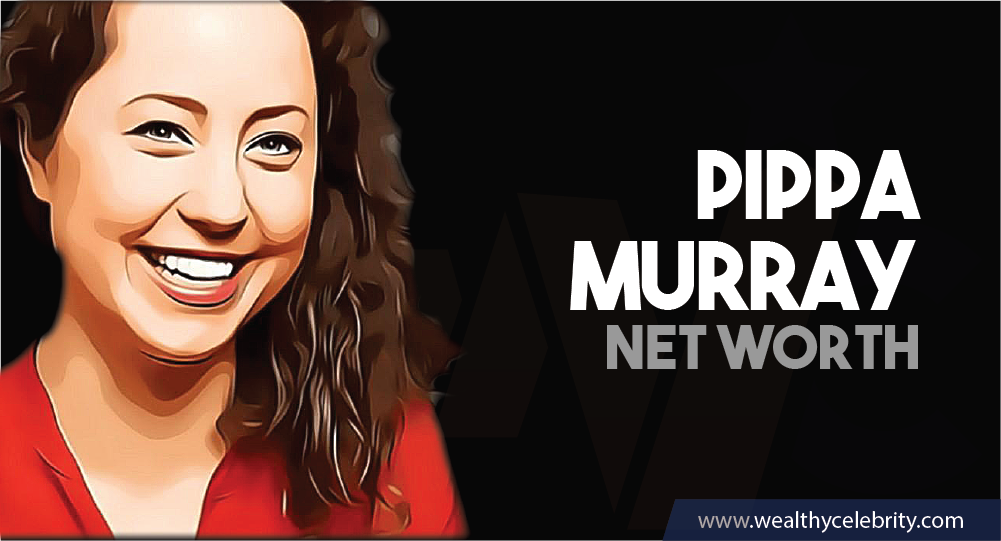 Murray is the founder of Pip & Nut. It is an organic nut butter brand. Pippa wanted to introduce a snack free of palm oil and has lesser sugar content in it. Thus, she created her brand Pip & Butter.

This young entrepreneur has kick-started her business. In a short time, she has gained enough success to be an inspiration. Murray is a top businesswoman with a net worth of around $7.7m. 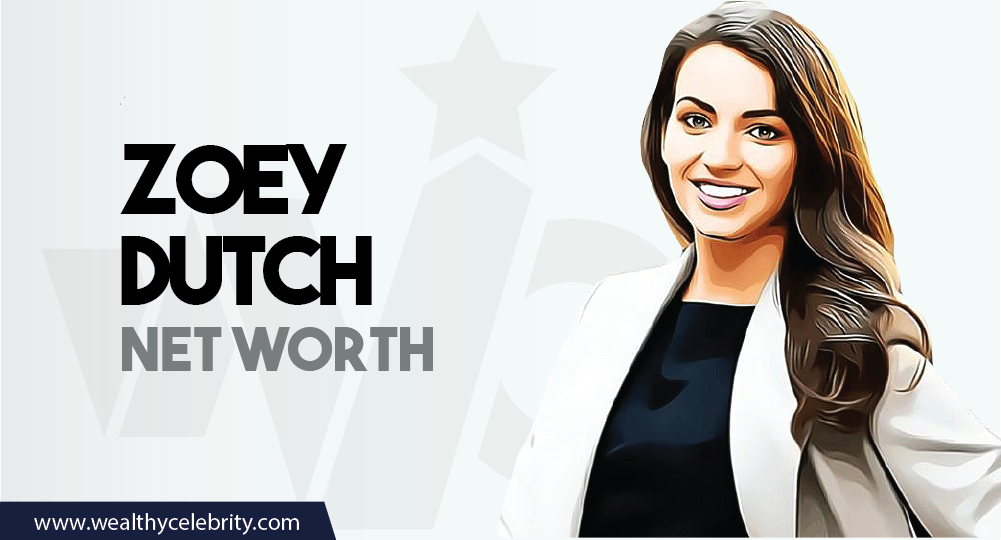 Zoey Francis Thompson Deutch is an American actress and producer. Besides acting, she has produced films at a very young age: ‘The year of spectacular men’ (2017) and ‘Buffaloed’ (2019).

Zoey has appeared on the stage as a host and speaker. Deutch, a famous female entrepreneur, has performed a live reading of some scenes which were particularly selected from five winning scripts of the year 2017. This reading was done at the 2017 Academy Nicholl Fellowships in Screenwriting Awards Presentation & Live Read.

Moreover, in 2018, Deutch has also participated as a presenter at the 2018 Film Independent Spirit Awards. In 2018 to welcome Hillary Clinton, founder of a non-profit, non-governmental organization, Vital Voices, at Global Leadership Awards, Zoey has appeared as a host again.

She has also participated as one of the speakers in the Embrace Ambition Summit, which was held in 2018 at Lincoln Center in New York. Zoey has also worked for more than a decade with other members for different orphanages. She is a big name in the world of activism. All this work has entered her among the list of other young female entrepreneurs. Zoey’s net worth is $4m, and people are accepting that her hard work and activism will take her net worth much higher in the coming days.

See Also:  10 Most Charitable Celebrities Who Have Changed People's Lives 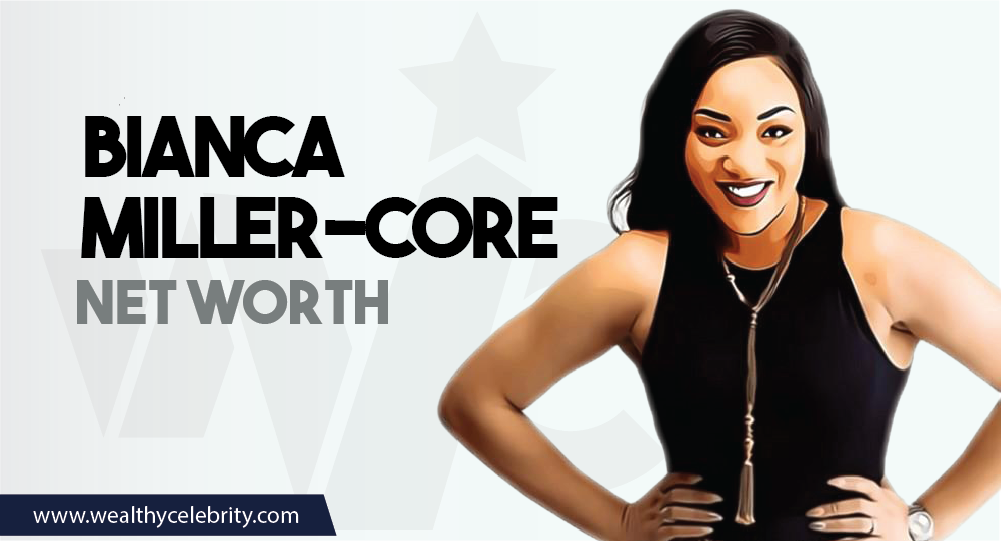 Bianca has earned great success at the age of 31 only and is also one of the most famous female entrepreneurs. Cole is the CEO of ‘The Be Group,’ which is a personal branding company. She started the company when she was just 23. In an interview, Bianca said that she was naïve and had no experience. But in due time, she has learned a lot of things about entrepreneurship. She has raised her company from ashes. Now she is regarded as the top businesswoman with a net worth of around $1.3m. She has a list of blue-chip clients, some of which are:

Bianca, in 2014, said that she was very frustrated when she couldn’t find the exact ‘nude’ tights she needed. Then she took her business plan to the BBC show ‘The Apprentice.’ Bianca suggested that there should be various types of nude color for every type of skin tone.

Cole further said that her hosiery brand ‘Bianca Miller London’ was launched online in November 201. There she has provided eight types of nude to match each skin tone. These shades were from darker African to English rose skin tones. After a year, she launched her brand with Topshop.

She asserted that it took a lot of determination and courage to turn ‘No’ into ‘Yes’ and to change ‘Impossible’ into ‘Possible.’ In an interview, Bianca advised women: “Feel the fear and do it anyway.” 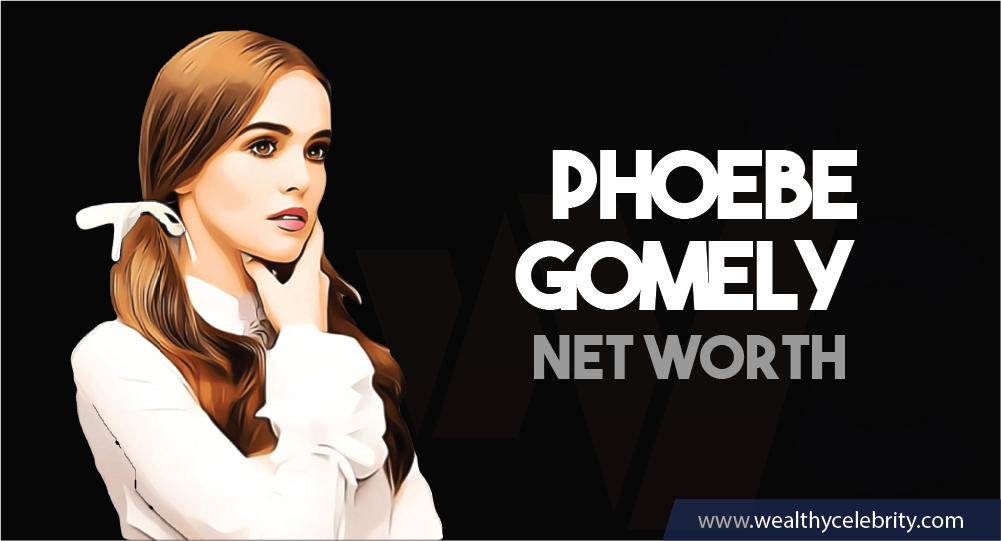 The founder of Gormley & Gamble, Phoebe Gormley, is only 26. Additionally, Phoebe is the Tailor-in-Chief of her company as well. In the history of Savile Row, she has opened the first company, which has only female tailors.

This business has many things. Phoebe has quit her academic education to pursue her dream. Gormely is among those successful businesswomen who motivate ladies to break the conventional mold and follow their passion. The Net worth of Phoebe is $162 Thousand, which is expected to increase to a higher level in the coming years. 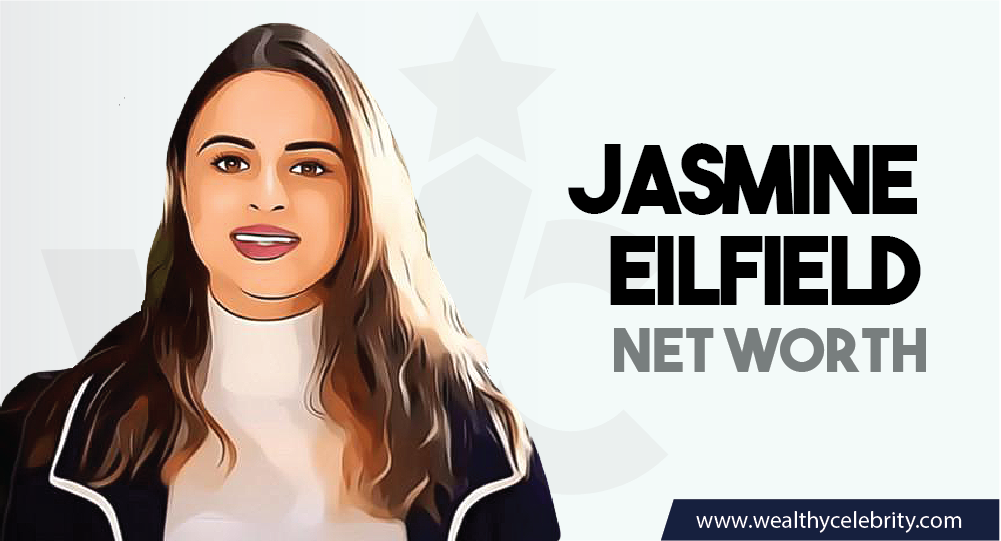 Besides, they have thousands of pieces of equipment which people order according to their requirements. These instruments include:

Jasmine worked for an event supplier. During her job, she realized that she is very good at this. So, this top businesswoman has opened her big start-up. Now, her net worth is over $67 thousand.

Which young lady has inspired you the most? Can you relate to any entrepreneur? Leave your comments and suggestions below.

What is Gloria Borger's Net Worth? Know Everything About American Commentator – Wealthy Celebrity

[…] in many shows, such as 60 Minutes II and Faced the Nation. Besides, she is one of the best and most famous entrepreneurs right […]

[…] a net worth between $10 million to $12 million. This makes this 40 years old woman one of the highest-paid self-made female entrepreneurs in […]

[…] Jenner, the youngest Kardashian sister, is an American model, entrepreneur, media personality, trendsetter, and the most valued, as well as highest, paid Instagram influencer […]

Who is Kevin Samuels? Know Everything About His Wife, Net Worth and More – Wealthy Celebrity

[…] Samuels is one of the best entrepreneurs, photographers, and social media influencers famous for being Business Development Manager at […]