Unlike boxing and professional wrestling, MMA has adopted a pay-per-view business model and that is the main reason that MMA fighters enjoy enormous financial incentives. Despite struggling to get approved as a professional sport in the world of sports, MMA has gained huge popularity among fighters in the ring particularly and fans around the world generally due to the fame, wealth, and glam associated with it. Mixed Martial Arts has also exceeded wrestling in terms of popularity.

MMA Fighters Net Worth in 2022 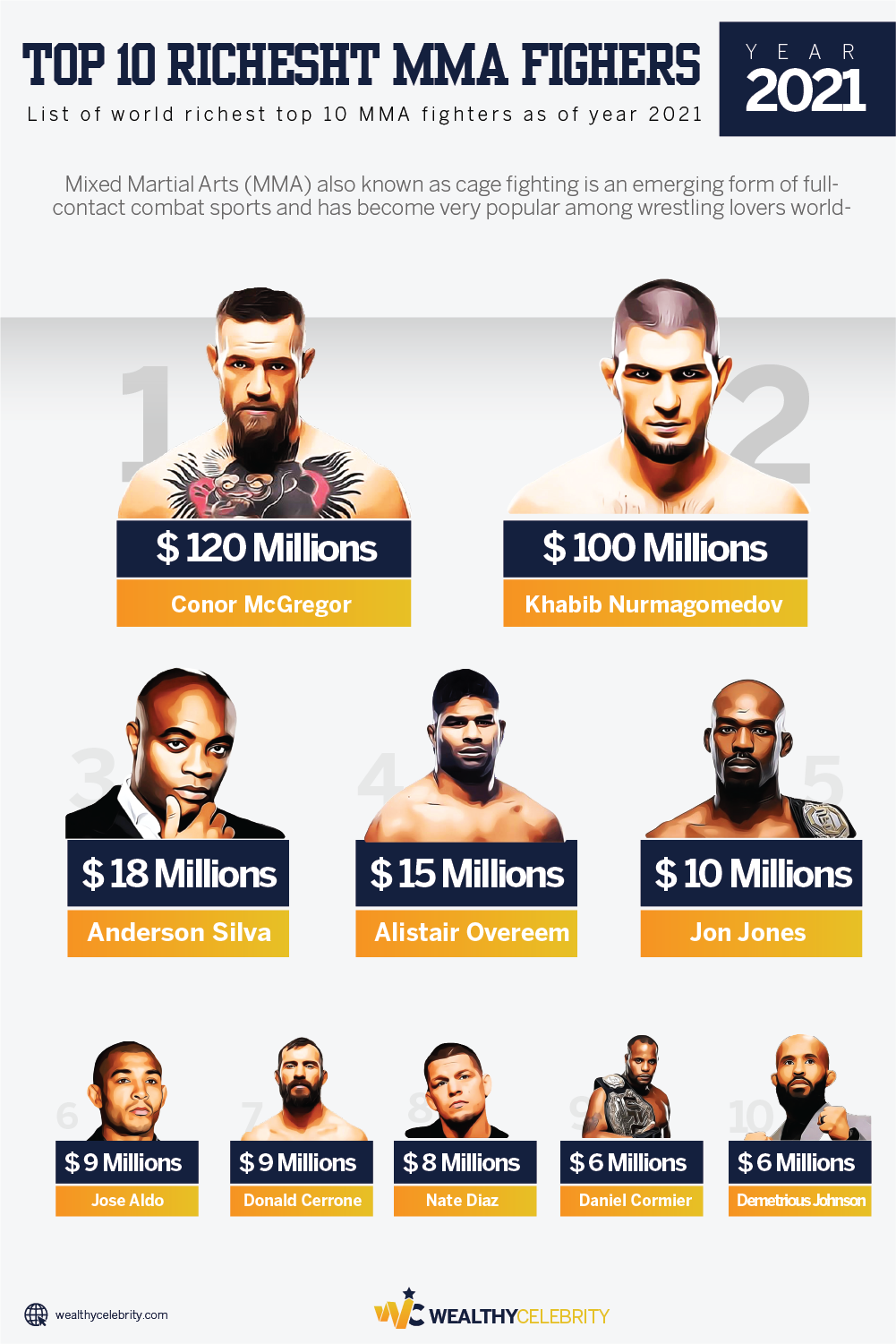 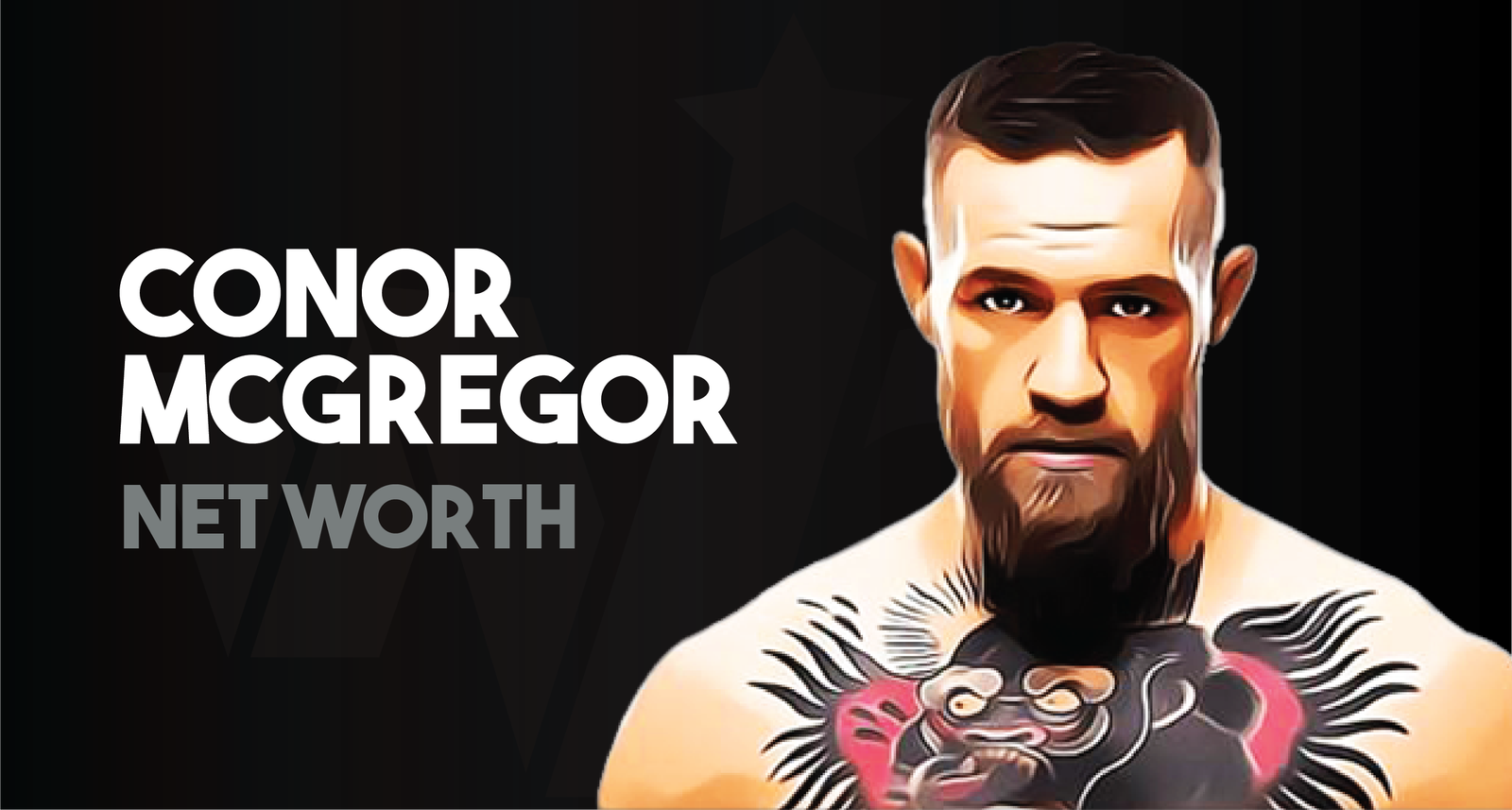 Conor McGregor being the most famous and successful MMA fighter the world has ever seen tops are ranking of the wealthiest Mixed Martial Arts fighters and has a net worth of $120 million.

Conor Anthony McGregor was born on 14 July 1988 in Ireland. The former professional MMA fighter and boxer made a heroic entry into Ultimate Fighting Championship (UFC) in 2013 first clinching the featherweight and then the lightweight title and became UFC’s first-ever dual-weight champion holding titles in two weight division championships at once.

Conor McGregor is the biggest pay-per-view (PPV) draw in MMA history. He has headlined five out of the six highest-selling UFC pay-per-view events. Conor McGregor’s dual-weight championship title, his whiskey brand named Proper No. Twelve, and the record for all of the top-selling PPVs in the UFC, make the aggressive striker MMA’s wealthiest fighter.

Here are some basic facts about Conor McGregor: 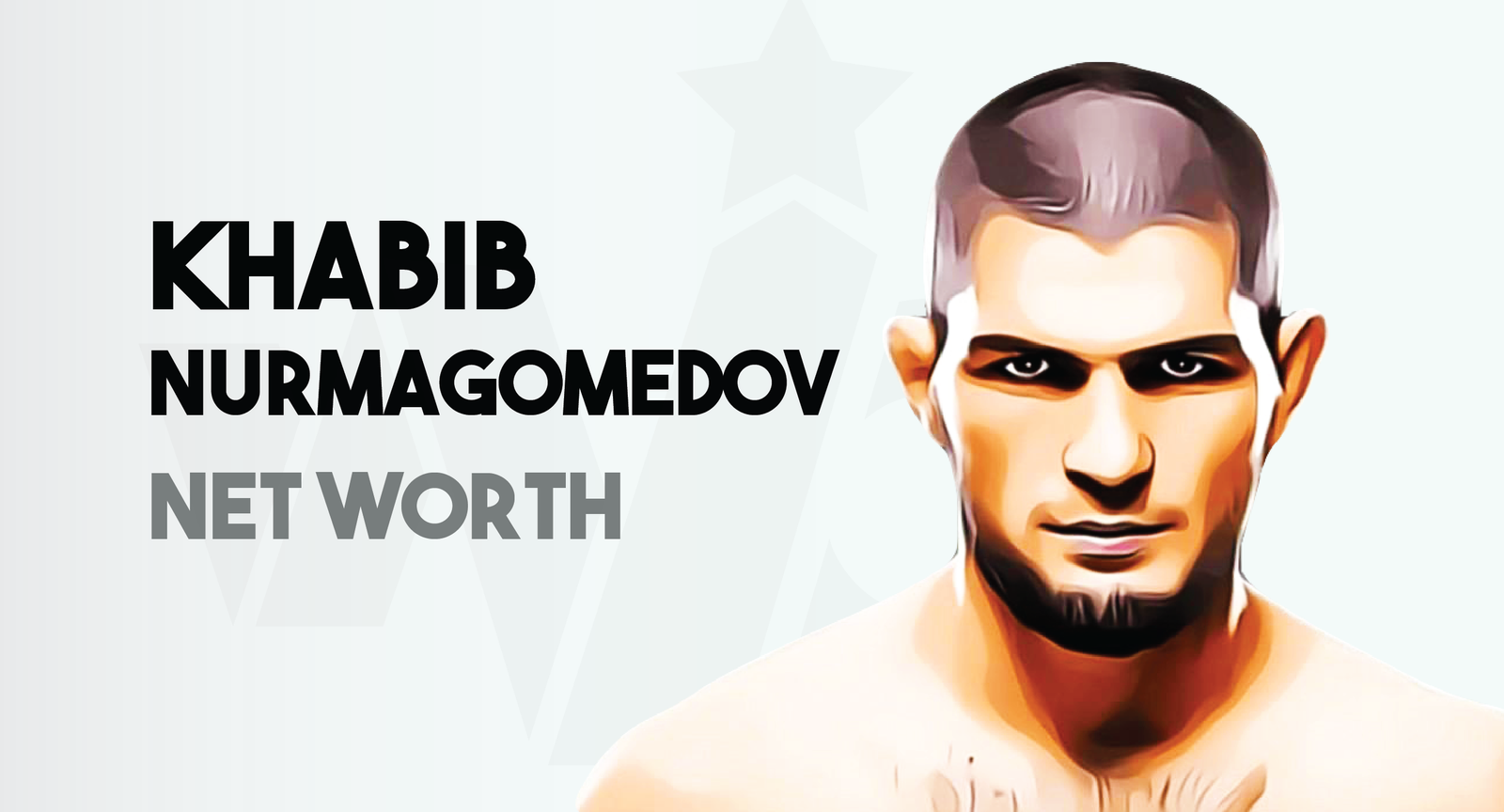 Having a net worth of $100 million, Khabib Nurmagomedov is undoubtedly the most loved and celebrated Mixed Martial Arts (MMA) fighter.

Khabib Nurmagomedov is the first-ever Muslim professional mixed martial artist to win a UFC title. Due to injuries, it took a long time for Khabib Nurmagomedov to rise to fame in UFC. Nevertheless, his injuries couldn’t stop him from becoming a two-time Combat Sambo World Champion.

Khabib Nurmagomedov is one of the most dominant athletes in the history of MMA, thanks to his unique grappling style learned while training in sambo, judo, and wrestling.

Other than numerous UFC titles, Khabib Nurmagomedov holds the record of most followed Russian celebrity on Instagram having 21.6 million followers. This combined with Khabib’s several title defenses, PPV points from being the longest-reigning UFC champion, and the fact that the Russian wrestler had the number one selling PPV of all time, alongside Conor Mc Gregor makes him the 2nd richest MMA fighter.

Here is a sneak peek at Khabib Nurmagomedov’s life and career: 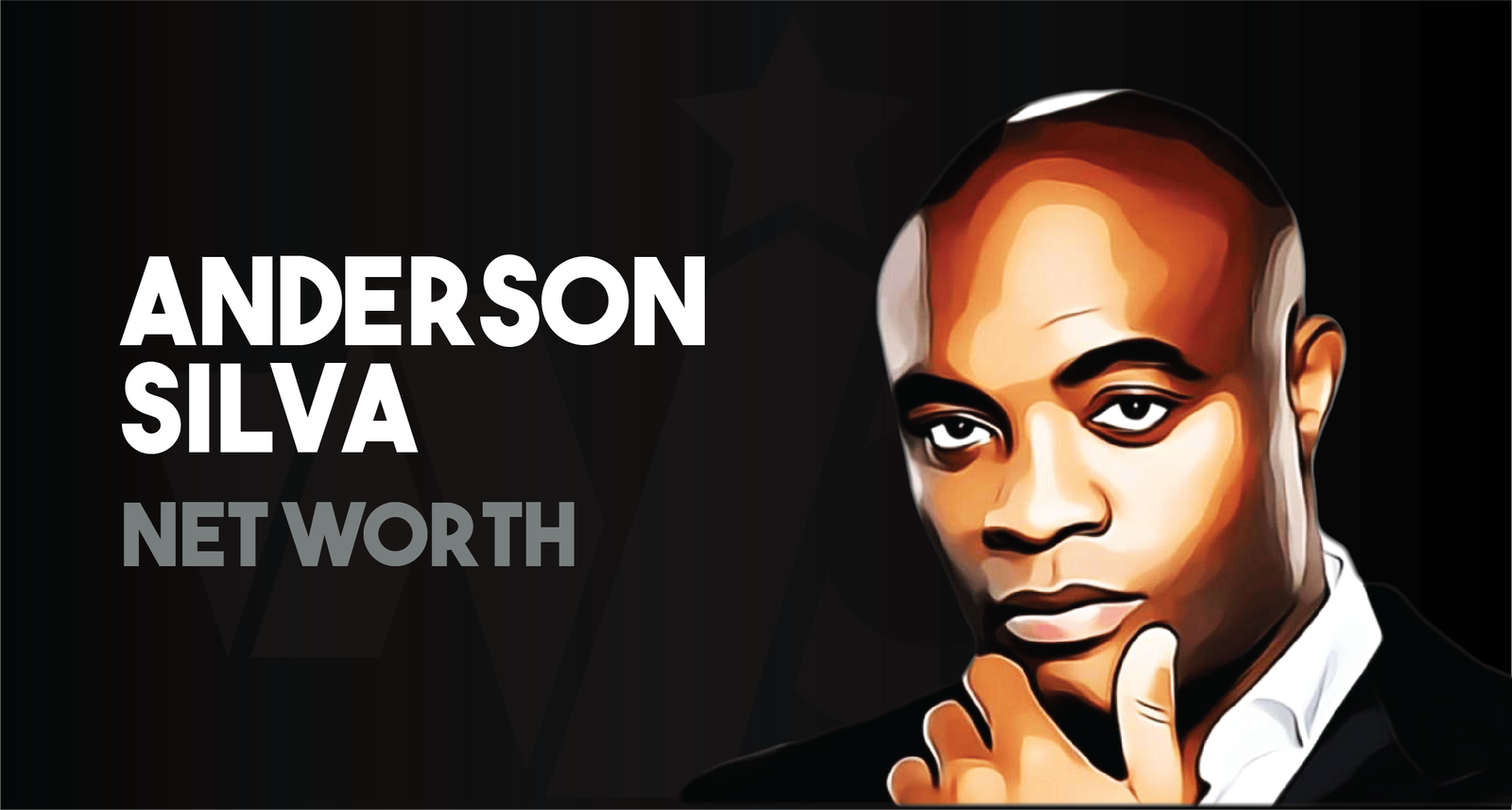 Having a net worth of $18 million, Anderson Silva has made to our list of 3rd richest MMA fighter. Anderson Silva is the former middleweight champion and is deemed as one of the best fighters in UFC history. UFC president Dana White, UFC commentator Joe Rogan and many other MMA analysts have regarded Anderson Silva as the greatest MMA fighter of all time.

Anderson Silva holds the record for the longest title reign in UFC history spanning over 7 years from 2006 to 2013 including 16 consecutive victories in UFC.

Silva’s win streak of UFC reign began with the UFC gold victory in 2006. It was Chris Weidman who defeated Anderson Silva via technical knock-out in 2013 ending his title reign in UFC.

Anderson da Silva was born on April 14, 1975, in Brazil. The Brazilian-American professional MMA fighter became a huge draw on pay-per-view (PPV) thanks to his UFC gold victory followed by a 7-year-long win streak. In addition to that, Silva’s several endorsements deal with Nike, Burger King, and other blue-chip brands make him the 3rd richest MMA fighter with a net worth of $18 million.

Here are some basic facts about Anderson Silva: 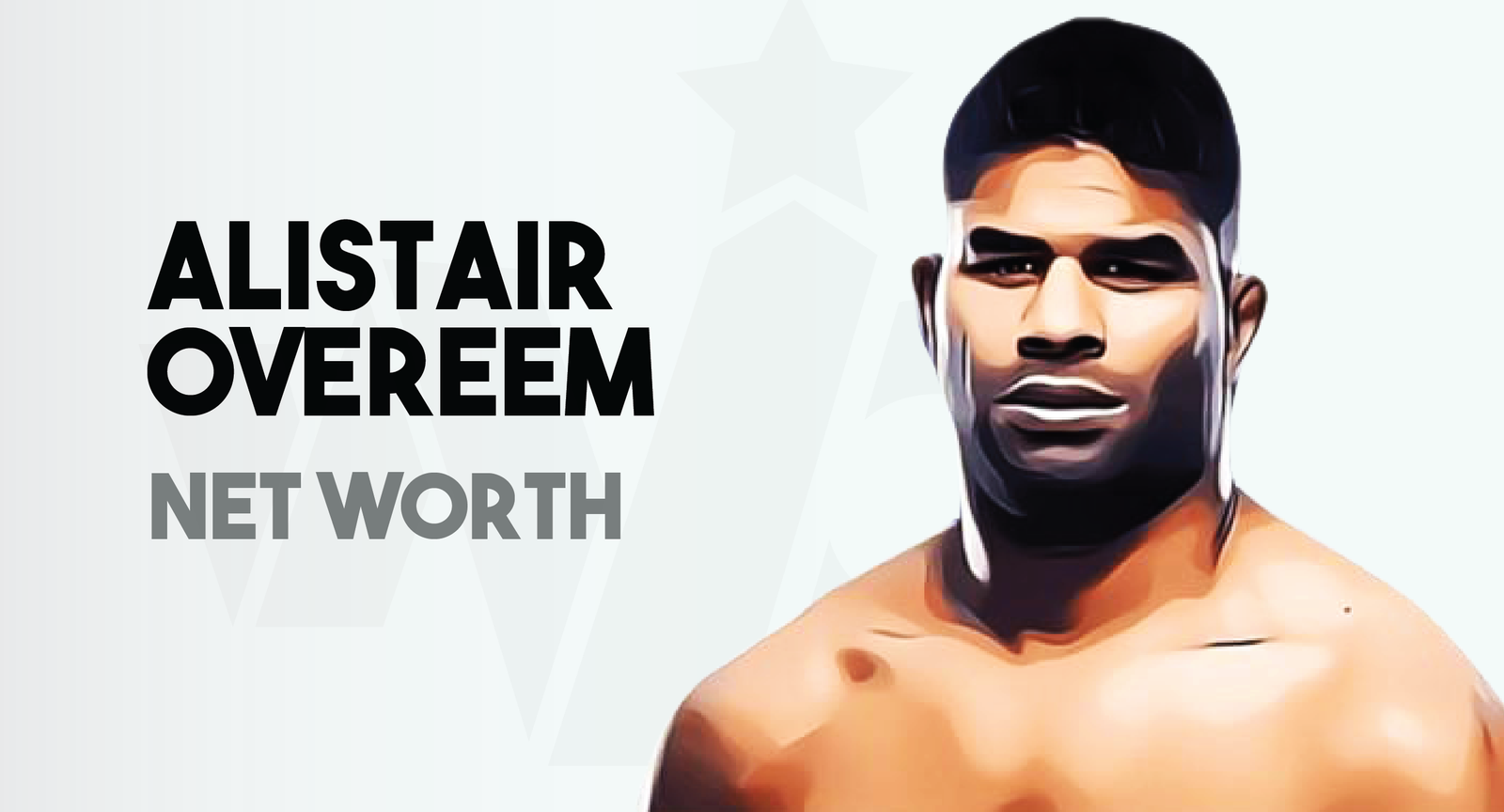 It might come as a shock to MMA fans but Alistair Overeem is ranked 4th in our list of richest MMA fighters. Alistair Overeem has never won a UFC title but he is one of only two fighters in the world to hold titles both in Mixed Martial Arts and K-1 kickboxing simultaneously.

Alistair Overeem held the titles of Strikeforce Heavyweight Champion, DREAM Heavyweight Champion, and K-1 World Grand Prix Champion to his belt. The veteran MMA artist has a way around negotiating his match fee and makes around $1 million per fight, hence has a the net worth of $15.5 million.

Here is a list of basic facts about Alistair Overeem 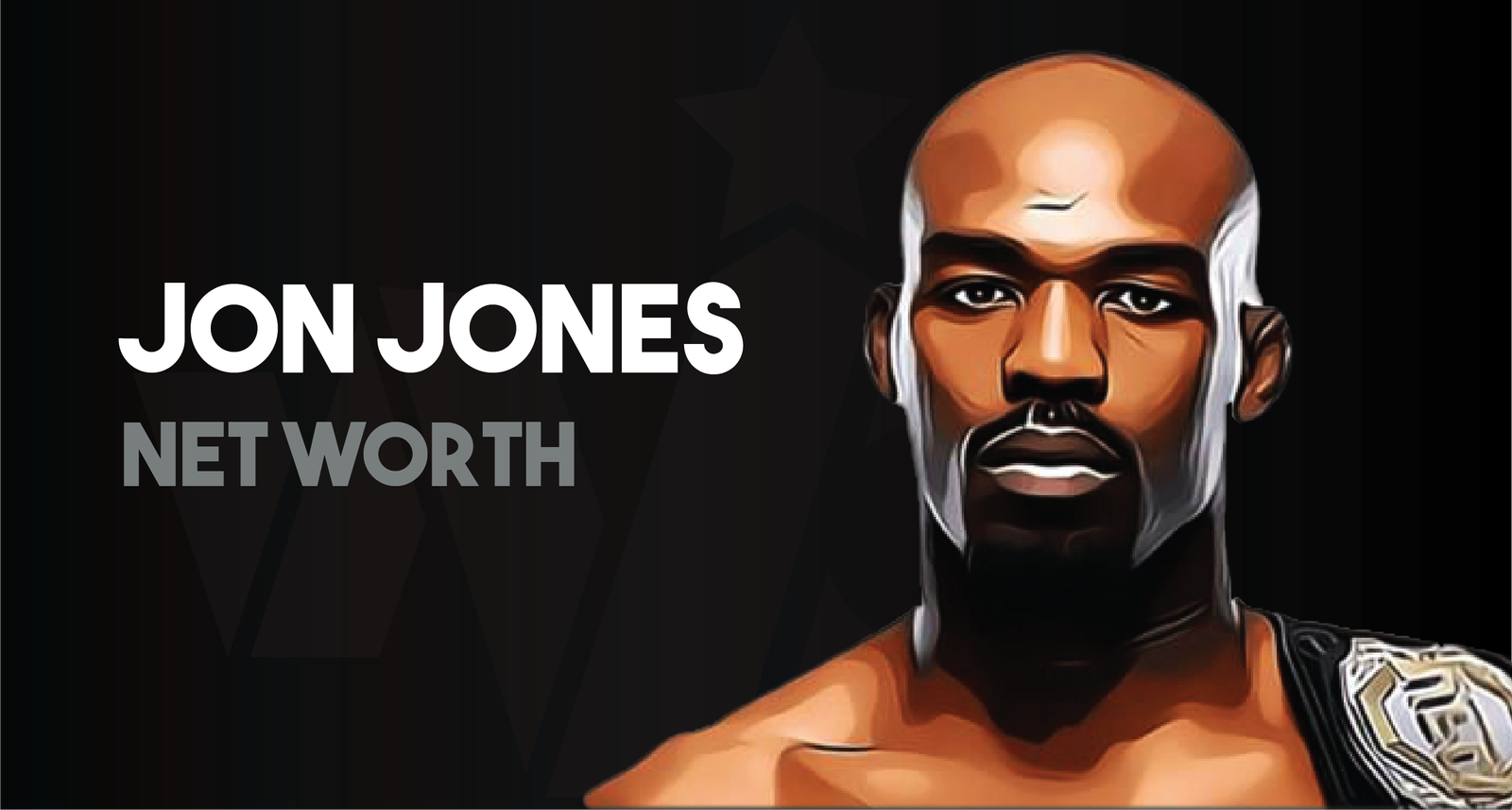 Jon Jones aka Jonathan Dwight Jones is the light heavyweight MMA professional fighter. Having a net worth of $10 million, we ranked Jon Jones the 5th richest MMA fighter. Having won UFC Light Heavyweight Champion twice, the American MMA fighter is widely regarded as one of the greatest mixed martial artists of his time. Jon Jones has also held the interim UFC Light Heavyweight Championship title. He is ranked first in the UFC men’s pound-for-pound rankings.

Jon Jones also holds the record of the youngest UFC champion after defeating Maurício Rua at age of 23. Jones has several UFC records by his name in the light heavyweight division. These records include the most title defenses, most wins, longest win streak, and most submission victories in the UFC. Jon Jones has been deemed as the best pound-for-pound fighter in the world during his championship reign.

With a golden track record of the most number of UFC title wins, the talented  Jon Jones has attracted big sponsorships resulting in even bigger money for his matches. But the youngest UFC champion had often been found amidst controversies both in and outside the ring. This combined with disciplinary actions against him as well as long periods of inactivity costed him financially and that is the major reason that the best of all times is receded to number 5 in our ranking. His current net worth is recorded at $10 million. 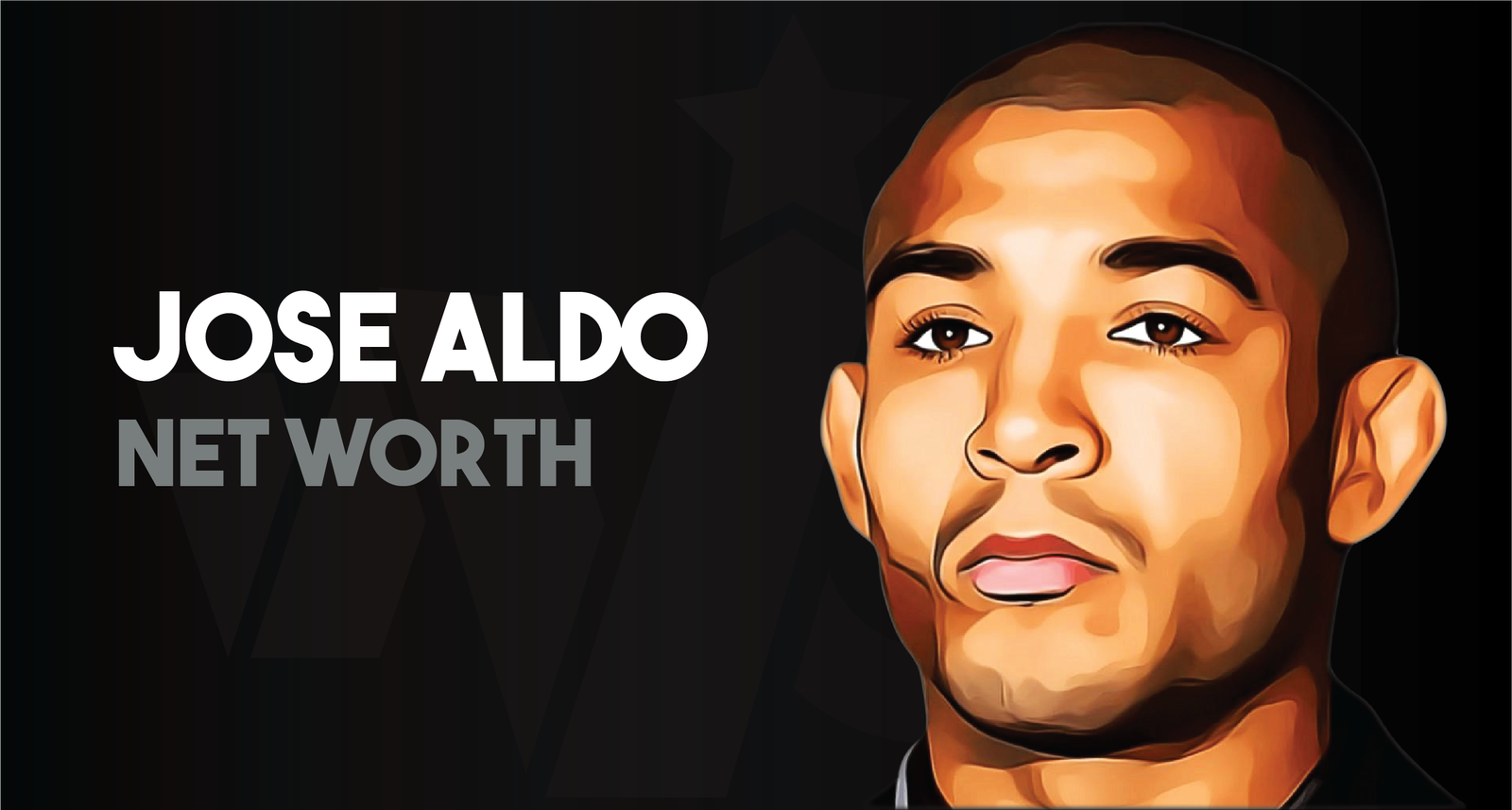 As of the year 2022, Jose Aldo is ranked the 6th richest MMA fighter in our list of world’s richest Mixed Martial Arts fighters with a net worth of $9 million. The MMA legend Jose Aldo won the inaugural UFC featherweight championship and defended his title seven times.

Jose Aldo faced his first MMA defeat in 2005 followed by 18 consecutive victories and ruled the UFC for over a decade. Aldo was also named Sherdog’s 2009 Fighter of the Year and “the greatest featherweight in mixed martial arts history.” in 2017.

Despite facing downfall in later stages of his career, Jose Aldo remains the 6th richest MMA fighter thanks to his early victories. He has a net worth of $9 million. 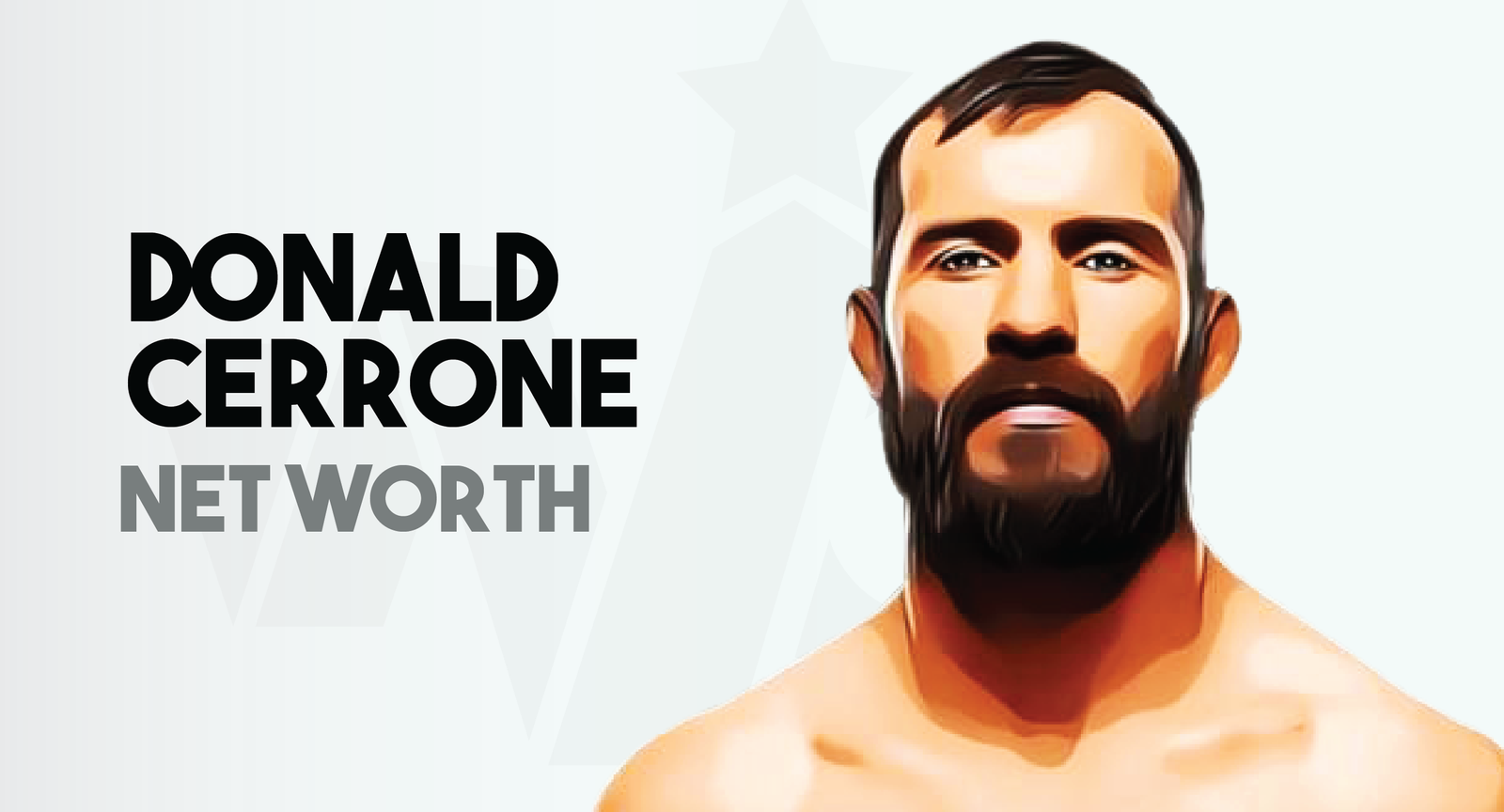 The always-ready-to-fight, MMA’s cowboy Donald Cerrone is the 7th richest Mixed Martial Arts fighter with a net worth of $9 million (tied with Jose Aldo). If breaking the records was a sport, Donald Cerrone was the champion of it. He not only broke the record of Georges St-Pierre and Michael Bisping for the most wins in UFC history with 21 victories to his name in 2018 but also exceeded Anderson Silva and Vitor Belfort for the most finishes in UFC history with 15 to his name.

Due to his record-breaking career, Donald Cerrone also earned a ton of post-fight awards and broke the record previously shared by Nate Diaz and Joe Lauzon of winning most post-fight awards. He has won a total of 16 such awards.

Such an enthusiastic career earned Donald Cerrone monetary benefits and he made to our list of 7th wealthiest MMA fighter. His current net worth is $9 million.

“Sometimes you just don’t show up, and in our profession, it’s a bad day.”__Donald Cerrone.

“I’m not trying to be anything other than the way I was born and raised.”__ Donald Cerrone. 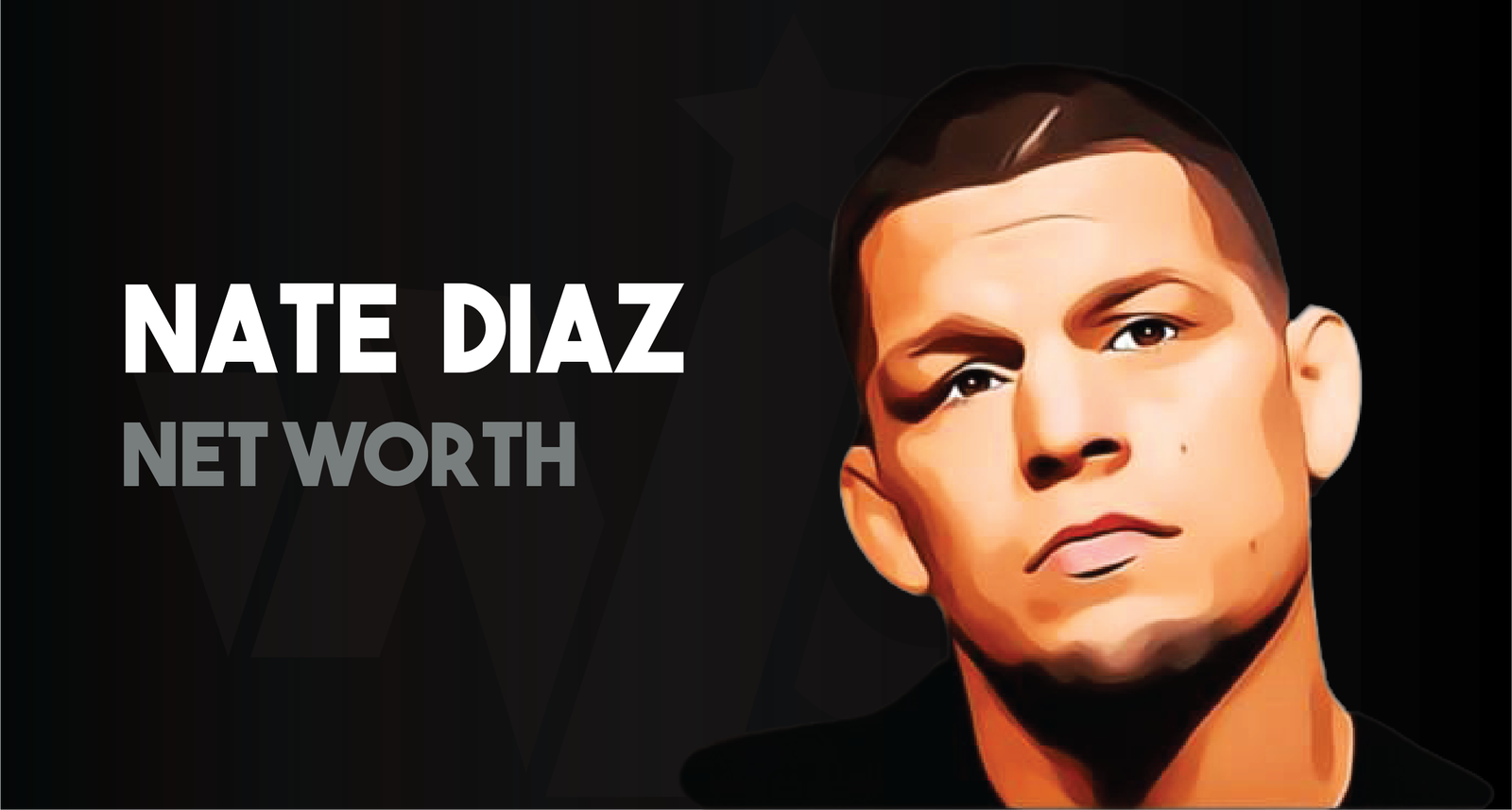 Having a net worth of $8 million, Nate Diaz is ranked 8th wealthiest MMA fighter. Nathan Donald Diaz remained underpaid for the most part of his career due to encounters with the elites of MMA, but his shocking-cum-impulsive decision of stepping up to fight against Conor McGregor turned the tides in his favor. This bout of his career earned him the highest UFC pay-per-view buy rate and skyrocketed his popularity among MMA fans.

Before joining the UFC, Nate Diaz had participated in World Extreme Cagefighting, Strikeforce, and Pancrase. He has been associated with the UFC since winning The Ultimate Fighter 5.

Nate Diaz’s luck in his fight against McGregor not only earned him fame but a hefty amount of paychecks, making him one of the MMA’s richest fighters with $8 million net worth. 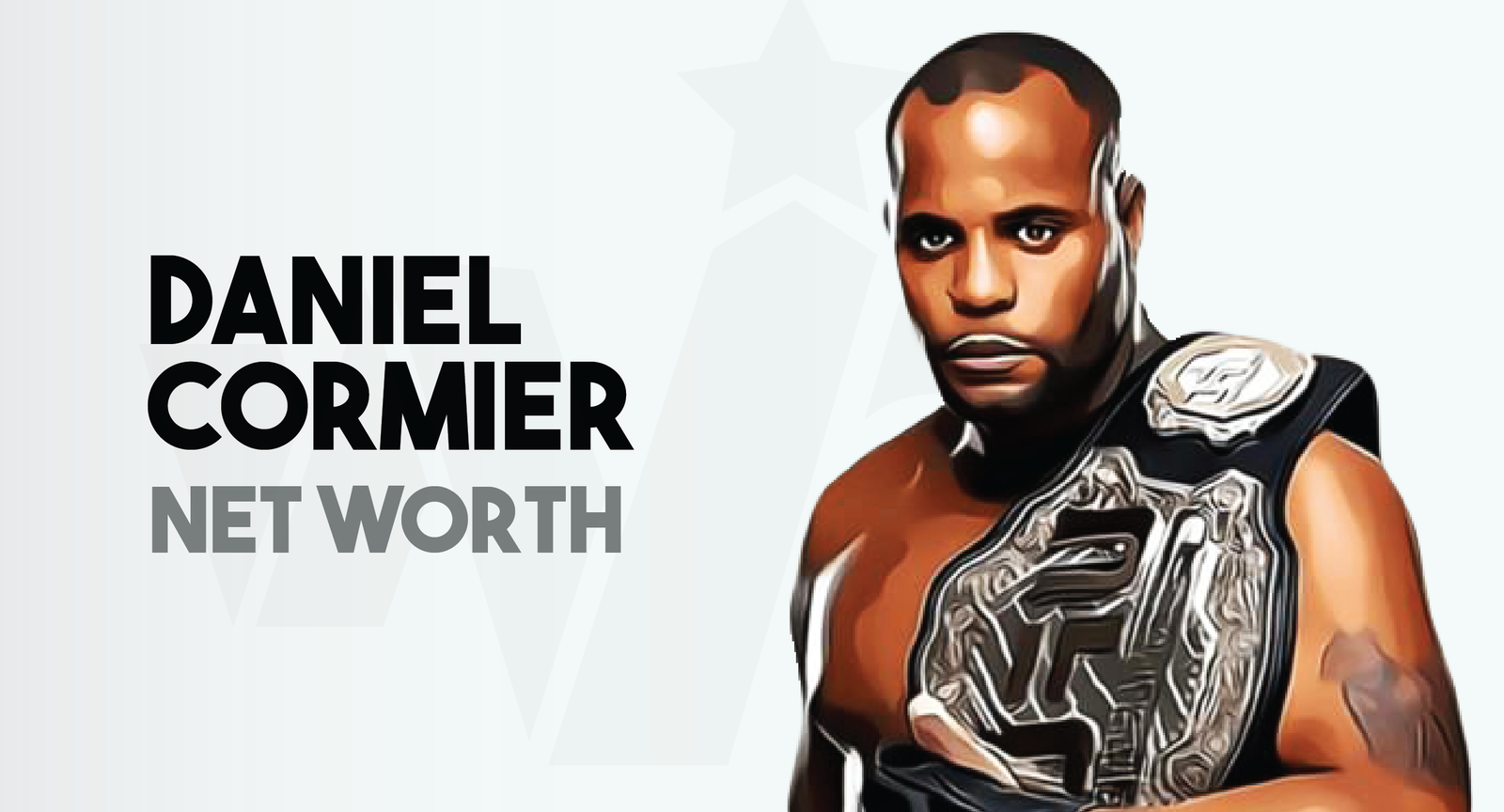 Daniel Ryan Cormier is the 9th richest MMA fighter of all time. His net worth is $6 million. He is a former Olympic wrestler who has won UFC Light Heavyweight and Heavyweight Championships. Daniel Cormier is the second UFC fighter to hold titles in dual-weight championship sharing the achievement with Conor McGregor.

Before associating with the UFC, Daniel Cormier was Strikeforce Heavyweight Grand Prix Champion and King of the Cage Heavyweight Champion. Not only is he the Olympic wrestler, but Cormier also holds the distinction of winning a world championship belt in every promotion for which he has fought. Currently, Cormier associated with UFC as an analyst and commentator.

Daniel Cormier’s unique track record has placed him among the world’s wealthiest MMA fighter with a net worth of $6 million. 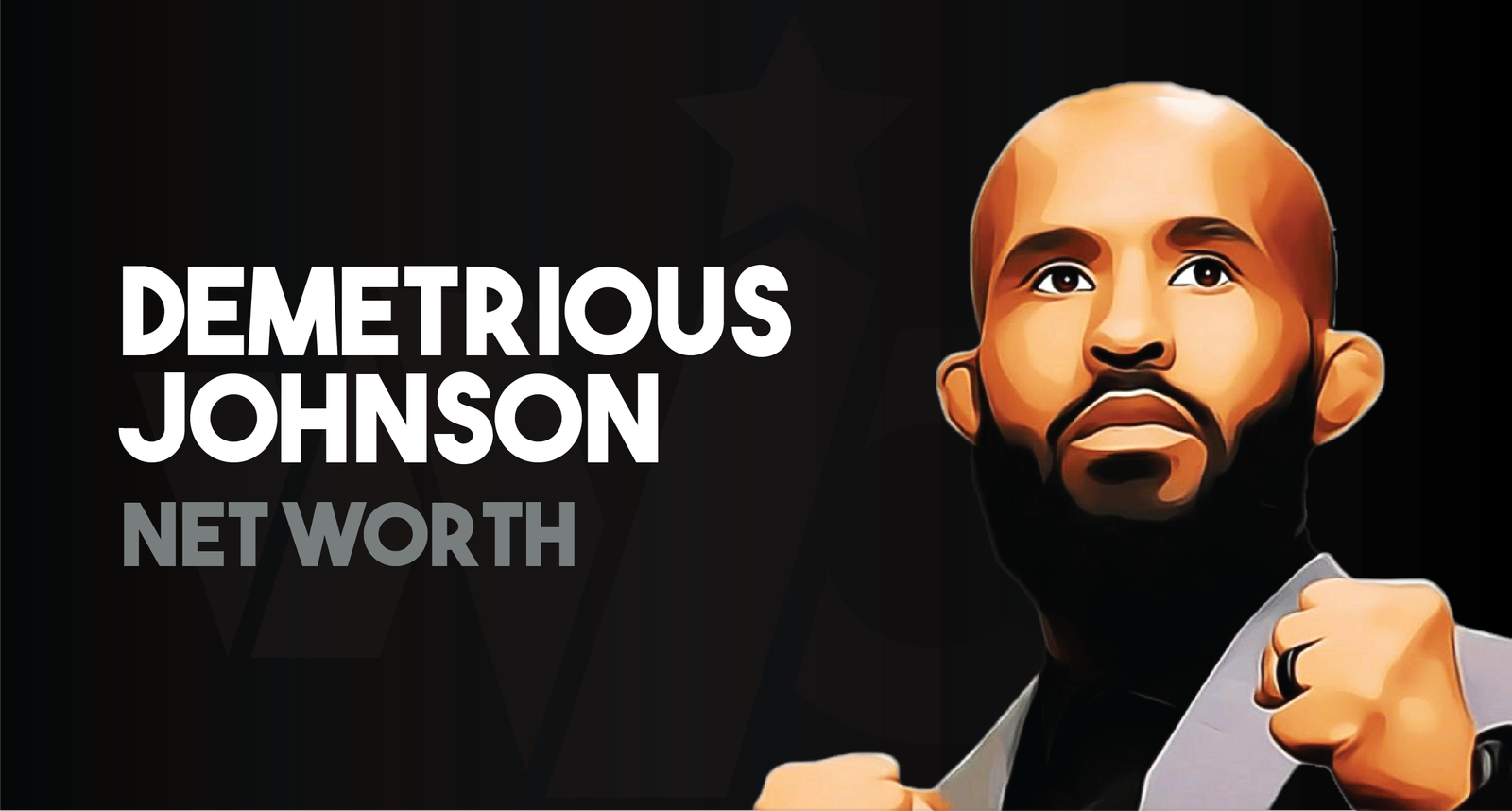 Currently competing in ONE Championship, Demetrious Johnson is the inaugural UFC Flyweight Champion. The American MMA fighter is famous for his quick striking and elusive movement.

Demetrious Johnson is ranked 9 in a pound-for-pound fighter in MMA by Sherdog and 2nd in the flyweight championship.

However, MMA is not the only source of Demetrious Johnson’s income as he has been into video gaming, and E-Sports and earning a hefty amount of money from streaming games. His net worth is $6 million.

Did your favorite fighter make it to the list of top 10 richest MMA fighters? Which entry surprised you in the top 10 rankings? Let us know in the comments.

[…] about his brothers, as mentioned, Nikola is massively famous for his two MMA fighter brothers, Nemanja Jokic and Strahinja Jokic, and reportedly, he doesn’t have any […]

[…] in the American entertainment industry, Emmanuel is an entrepreneur! Furthermore, he is one of the best trainees in martial arts, and reportedly, he was a Tae Boo trainee of Mr. Billy […]

If you think of any real life MMA Fighter then no body else will come to your mind other than unbeaten champion Khabib Nurmagomedov. He is not only my fav but also an inspiration for me because the belief he had in his God gave me goosebumps and he strengthen my belief in divine authority.