Attired in red and yellow, with a massive presence and unbeatable charisma, Hulk Hogan is the highest-paid WWF wrestler. His real name is Terry Eugene Bollea and was born in Augusta (Georgia) in 1953. His charm and physical structure have made him one of the most popular wrestlers in the world. With 6 feet 7 inches of height, this blondie has a net worth of an estimated $25 million. He is the most cheered wrestler, who got an immense fan following. Despite many controversies, scandals, and ups and downs in life, he had potential fans who always supported him. Hulk referred to his fans as Hulkmaniacs.

Hulk has also been a professional musician, bank teller, and entrepreneur. He was also nicknamed as the Hollywood Hogan, the hulkster, the sterling golden, the thunder lips, Mr America, Terry Boulder, Hulkamania, and the chilban (number one in Japanese).

This wrestler-turned actor turned television celebrity is the first wrestler to get featured on the front cover of “Sports Illustrated”. Because of his larger than life enthrallment, whatever he said in and outside the ring became quotes, and the most celebrated catchphrase.

Here’s our collection of the best Hulk Hogan quotes:

Hogan had a very loyal fan following. People who are not fond of wrestling were also fascinated by this ultimate one.

The Hulkster had been gone through many thick and thins because of the notorious scandals, health issues and divorce. With all the glitters of life, he has been through very tough moments also when he almost became bankrupt and lost his family but nothing stopped him from moving on. To become a true hulk maniac let’s go through some of his famous quotes and statements.

Check out this fantastic collection of Hulk Hogan quotes wallpapers below: 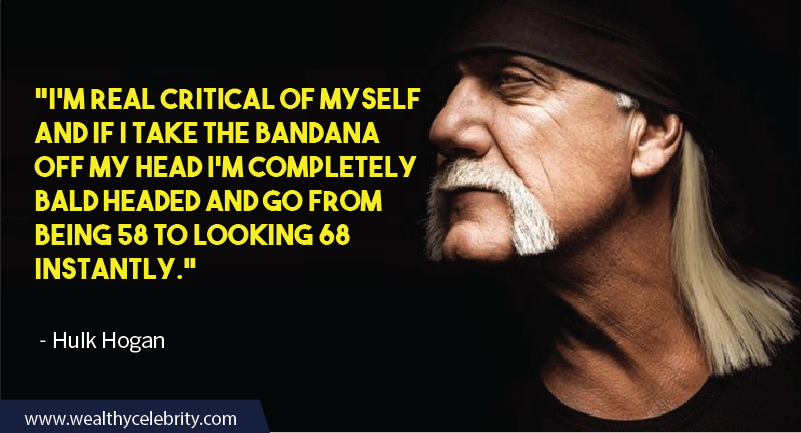 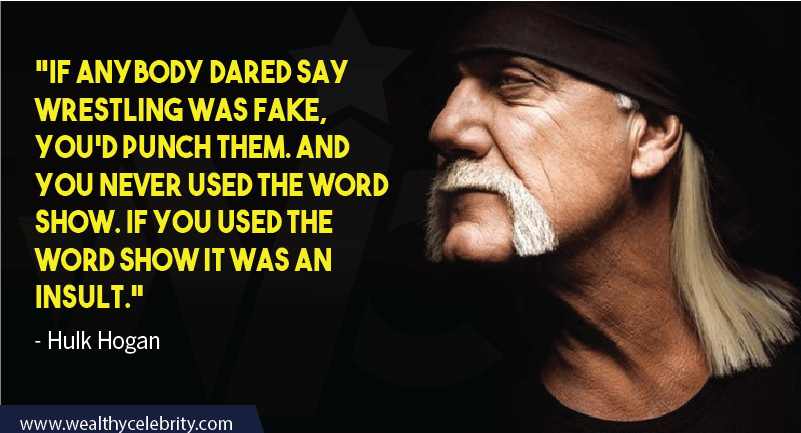 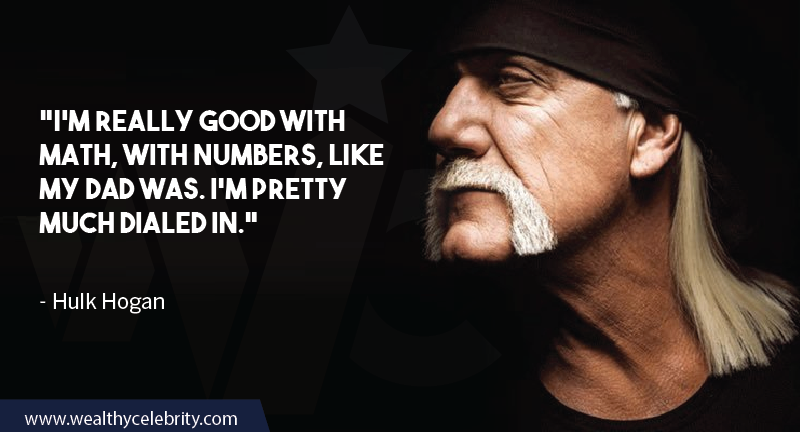 Hulk Hogan Quotes about his family, dad and maths 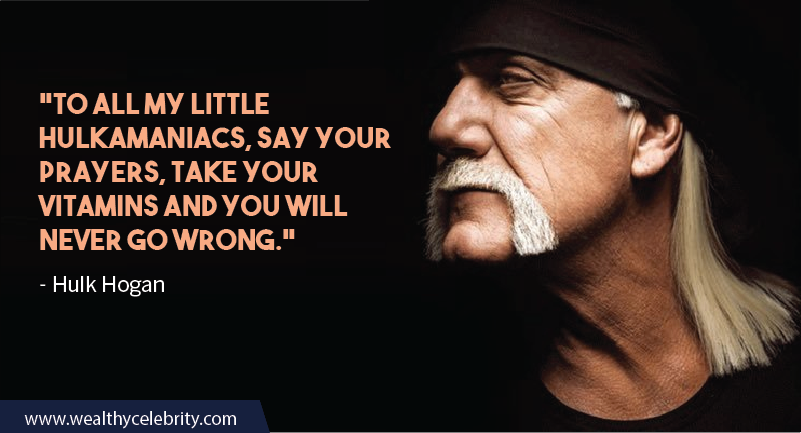 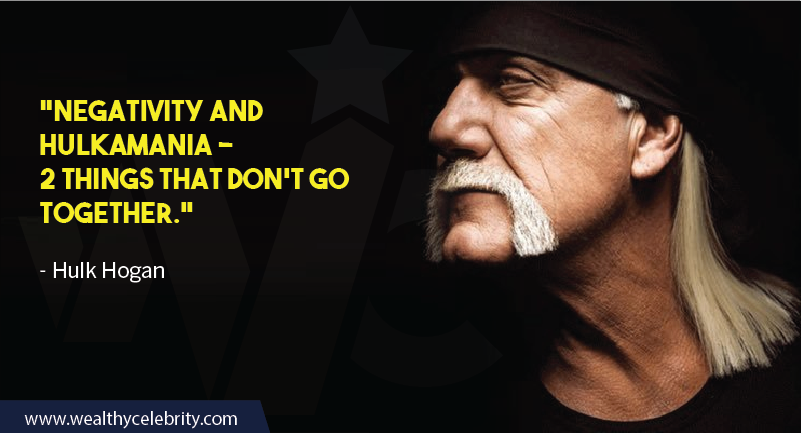 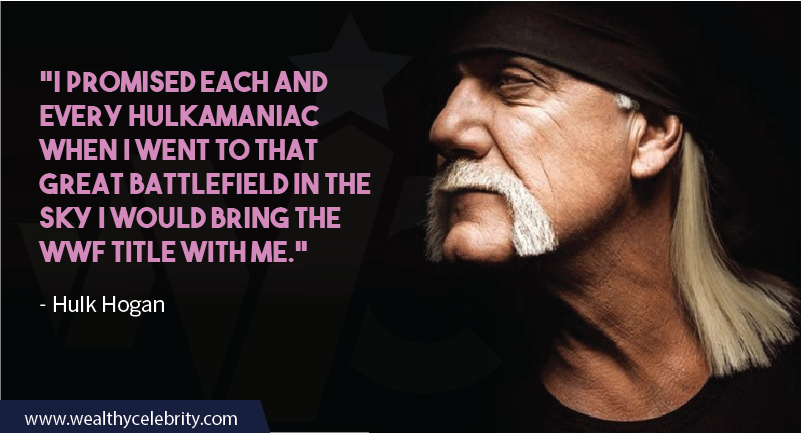 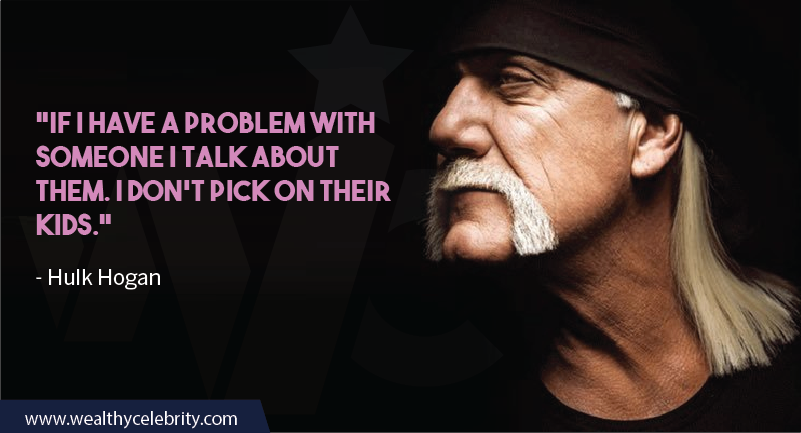 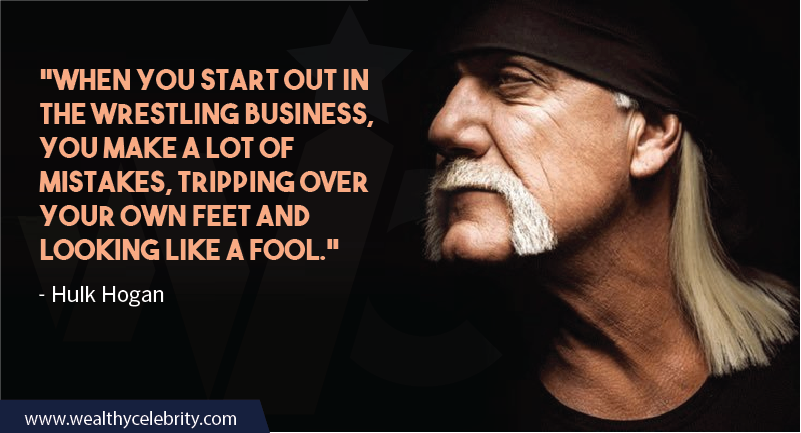 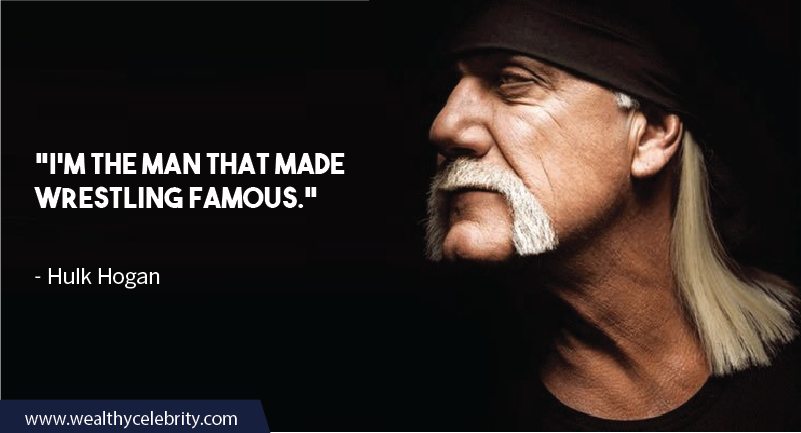 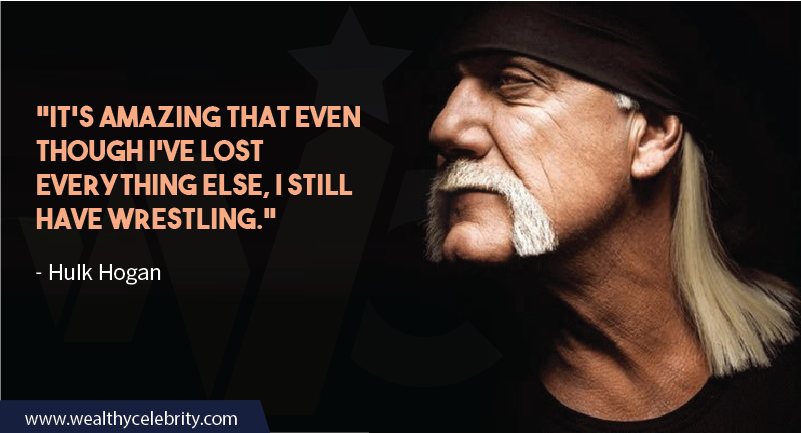 At 67, The Hollywood Hogan is still in shape and claims that he is not done with wrestling yet. His journey is an inspiration for many young wrestlers. He backed many new comers whom he thought are passionate about the field. He has been associated with make a wish foundation which portrays the soft heart he possesses in the rock hard body.

He is 3rd person to win the six-time World Wrestling Championship. He has been through depression because of sudden incidents in his life but has never given up on himself. He had a broken marriage with two kids and again got married in 2010. His approach towards life is very optimistic and fearless. The legend has truly leg dropped all the hurdles of life and stood up like a true wrestler.

[…] Hulk Hogan started his career back in 1976 as an American-based musician who later decided to start his wrestling career in 1977. He served the American nation as a fighter until 2012. […]

[…] artist. She is best known for being the ex-wife of the most famous wrestler of all time – Hulk Hogan, who helped her gain the social media limelight by announcing their relationship to the public in […]