Greatest Arnold Schwarzenegger Quotes to Remember: Arnold Alois Schwarzenegger – The Living Legend, is an incredible success story. An immigrant from Austria who came to America to pursue his dreams and became one of the highest-paid Hollywood actors, the World’s greatest bodybuilder, and eventually Governor of California, his inspirational story made him the role model of many. If you are looking for incitement in your life, famous Arnold Schwarzenegger quotes can surely help you out.

Arnold Schwarzenegger has to go through many hurdles and tragedies, but nothing could get in the way of his goals. Today he is one of the most renowned personalities of all time, the most famous bodybuilder who ever lived, and the greatest action movie star on the other hand.

According to Arnold Schwarzenegger, a person’s mindset creates all the success in his life. It is the mind and vision that get you up early in the morning to chase your dreams, push you beyond your limitations, and over failure.

Schwarzenegger started lifting weights when he was 15 years old, and at the age of 20, he won Mr. Universe and became the youngest person ever to get this title. He remained a prominent entity on the bodybuilding and wrote many fitness quotes, articles as well as books on the sport.

He won the Mr. Olympia contest seven times, and the second most important bodybuilding event, “The Arnold Sports Festival,” is named after Schwarzenegger. He is not only the greatest bodybuilder but also the most charismatic sports person and the famous ambassador. His bodybuilding quotes inspire his fans to live a spicy and risky life.

Schwarzenegger’s biggest dream was to move to the United States and become a popular actor. As a poor Austrian kid, he figured out the best way to get to his dream and became a champion bodybuilder, and the results are fascinating. He used his workout, gym training, and fitness as his strength to achieve his goals.

Schwarzenegger came into the acting field through his popularity in bodybuilding and played his first role in “Hercules in New York” in 1970. He was a box-office powerhouse in the era of 80s and 90s and starred in a number of blockbuster films that are still delighting fans. Many of Arnold Schwarzenegger famous lines from his acting career became his catchphrases afterward. He gained fame globally as a Hollywood action film icon in a short time and played many breathtaking roles on screen.

The commercially and critically successful sci-fi action film “The Terminator” is the milestone in his career, and he worked in its sequels too. Many of his Terminator movie quotes became famous and are still admired. Apart from the hit action films, he has also worked in some comedy films.

After acting in Hollywood for three decades, Schwarzenegger decided to try his luck in politics. He became the 38th Governor of California in 2003, replacing Governor Gray Davis. We won these elections with a massive margin. He won the re-election again, and he is the second-foreign governor serving from 2003 to 2011.

Here are the wallpapers of Arnold Schwarzenegger motivational quotes in full HD images: 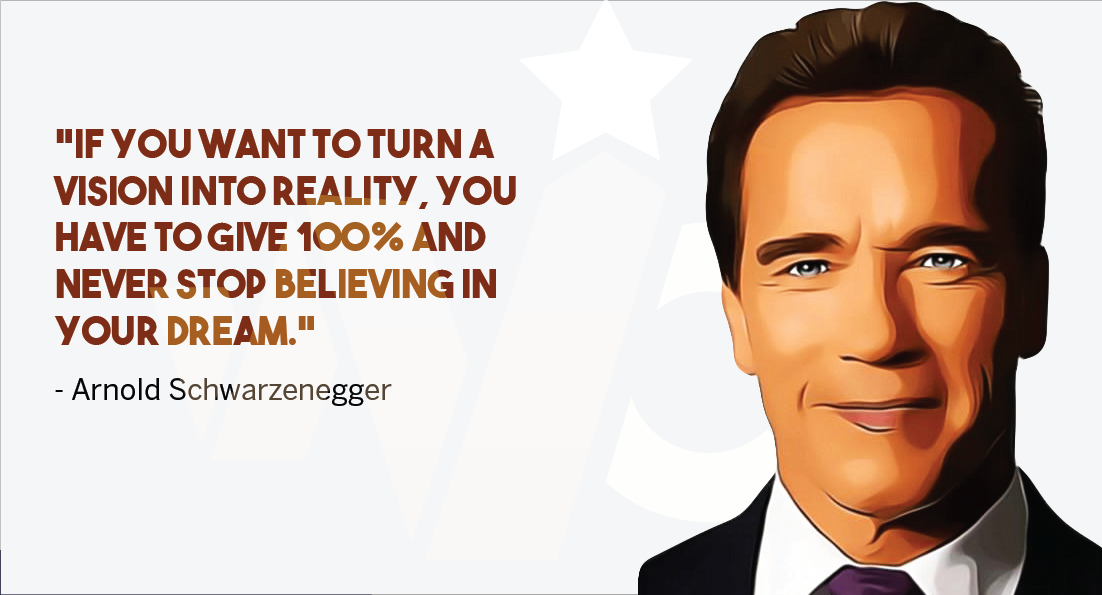 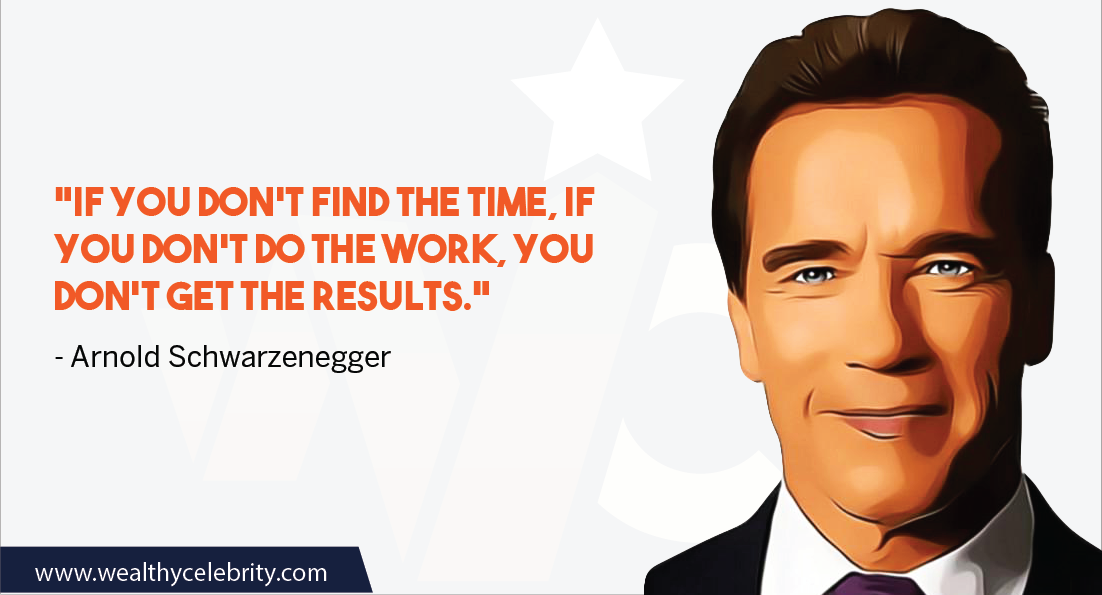 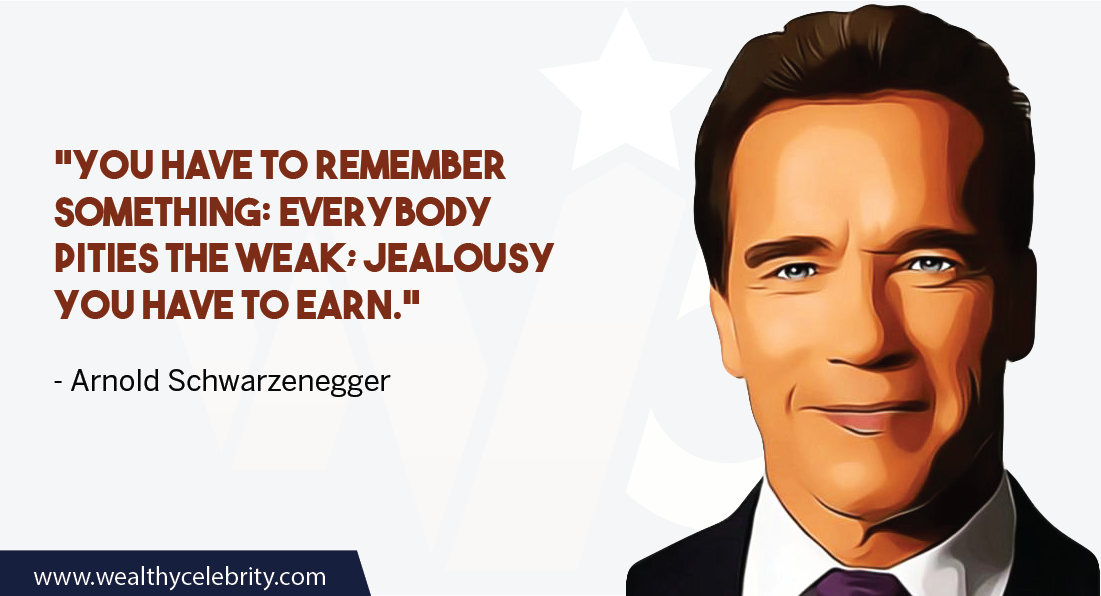 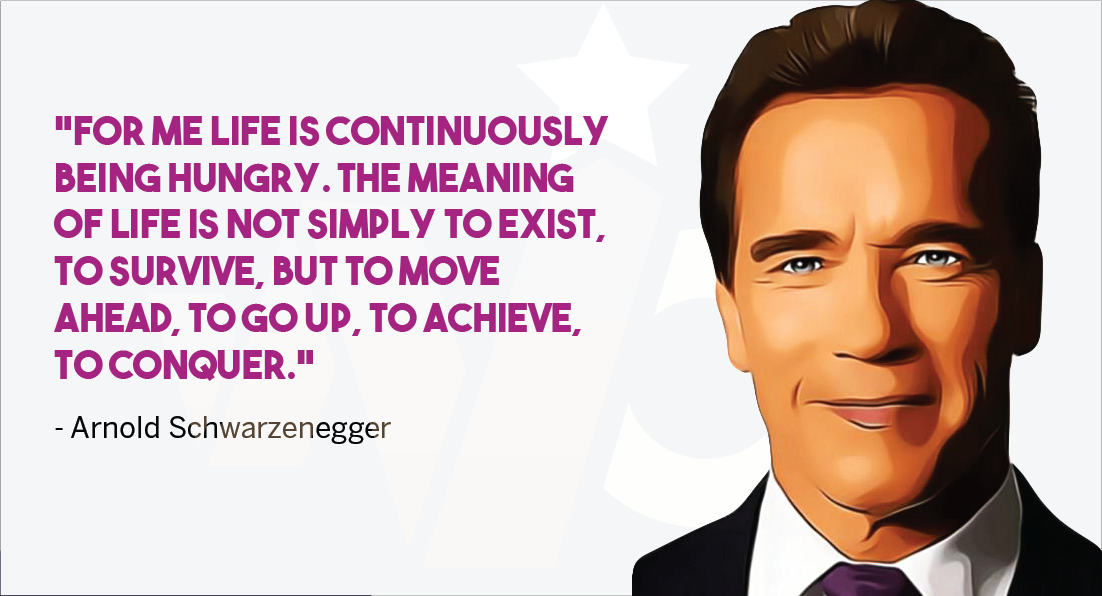 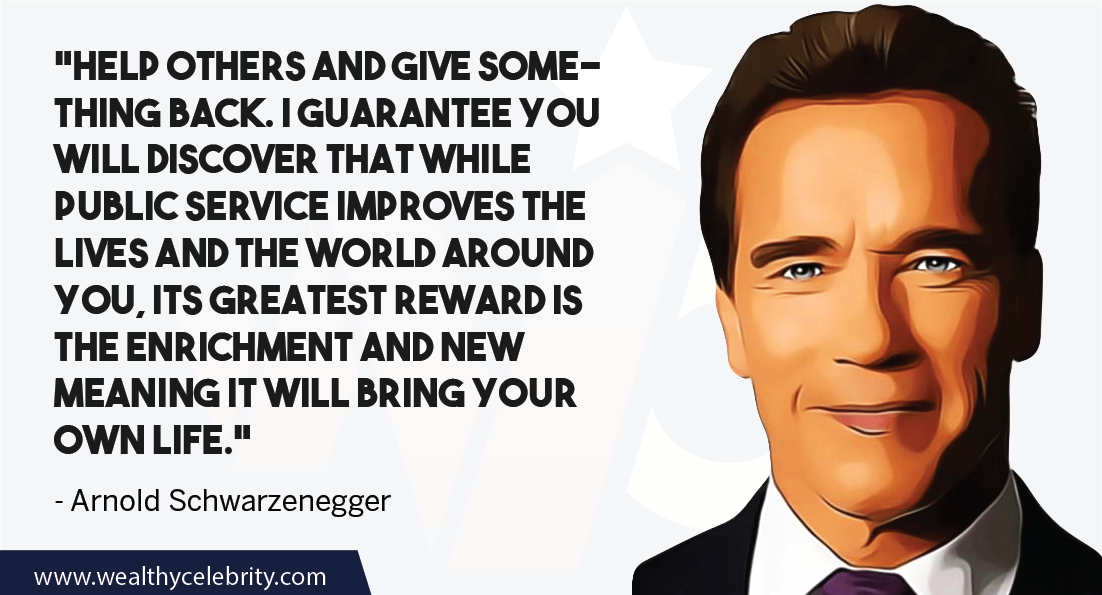 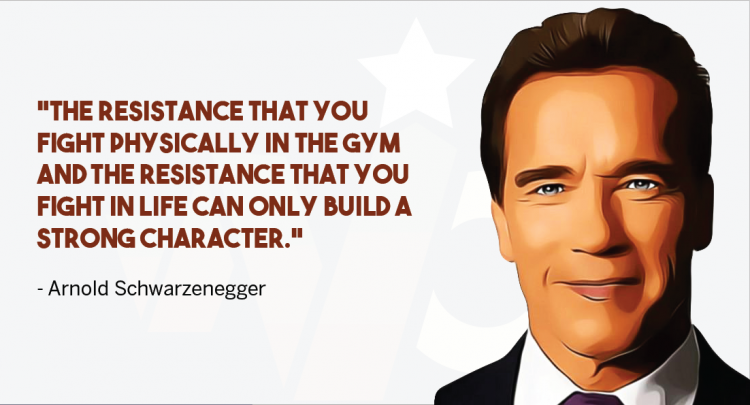 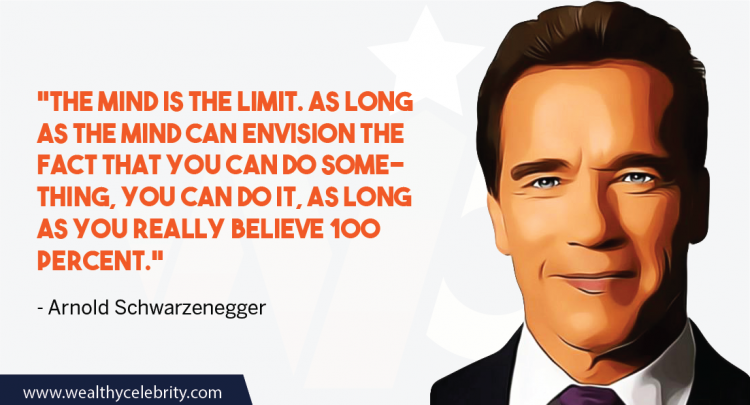 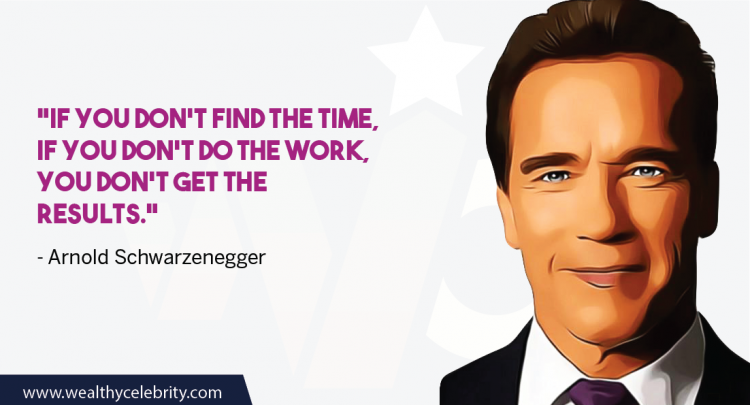 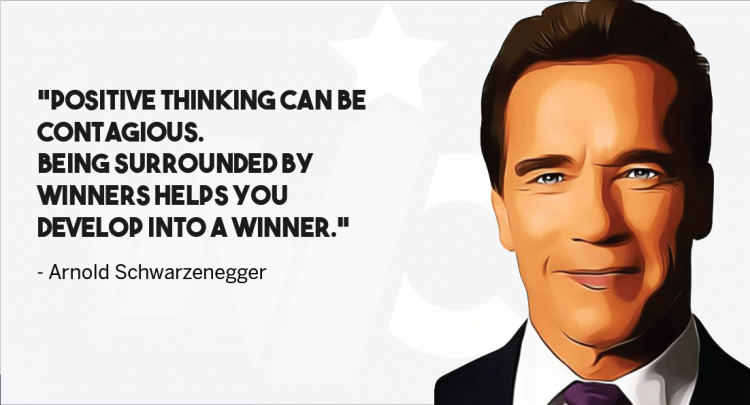 Arnold Schwarzenegger’s quotes on success are reminders for us that no matter what is your background or where you have come from, we are creators of our own destinies. Our hard work, passion, and determination are the factors that play a crucial role in building the life of our dreams.

Do you know about any other favorite Arnold Schwarzenegger motivational quotes and sayings to share? Do let us know by commenting in the section below.