From Scranton City to Wilmington to the White House, Joseph Robinette Biden Jr. has been through thousands of train rides in between. Starting from a little house on North Washington Avenue, today Joe Biden Net Worth is $9 million. A leader in the Senate, he addressed the scourge of violence against women and later became a friend for life to Barack Obama.

Joe Biden is the President of the United States. He is an American politician, writer, and lawyer by profession who served as 47th Vice President from the time period 2009 to 2017 during the Obama administration. Before becoming Vice President, he was referred to as one of the poorest members of congress or “Middle-Class Joe,” and Biden’s net worth back then was less than $500,000.

After leaving the White House, Joe earned a significant income, particularly from book royalties and speeches, and in 2017 his income was $11 million. When his terms as a Vice President ended, Joe Biden’s net worth was $1.5 Million. But what about now that he is the President of the United States of America? Let’s have a look at the details. 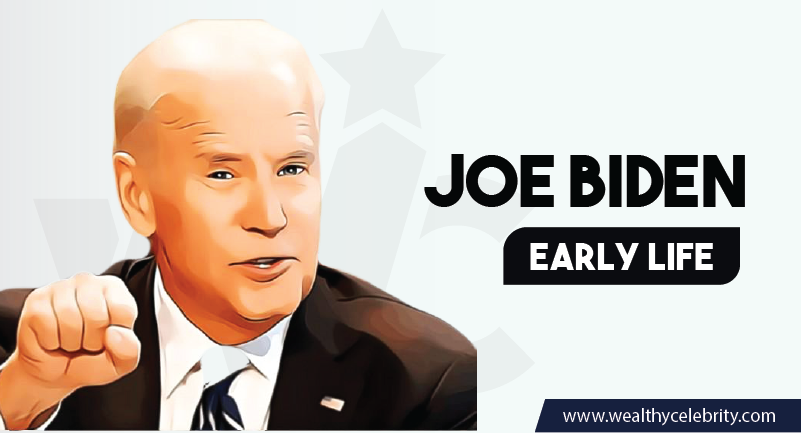 Joe Biden was born on 20th November 1942. Born at St. Mary’s Hospital in Scranton, Pennsylvania, Joe Biden’s early years were spent in Pennsylvania, and later his family moved to Delaware. Biden’s father was wealthy initially, but their family underwent financial crisis at the time Biden was born, and for many years they had to live with Biden’s maternal grandparents.

Joe Biden early life was full of hardships. With time, Joseph R Biden Sr. became a successful used car salesman and maintained the family in a middle-class lifestyle. Biden’s family net worth was not much high, but they managed to live a moderate life. 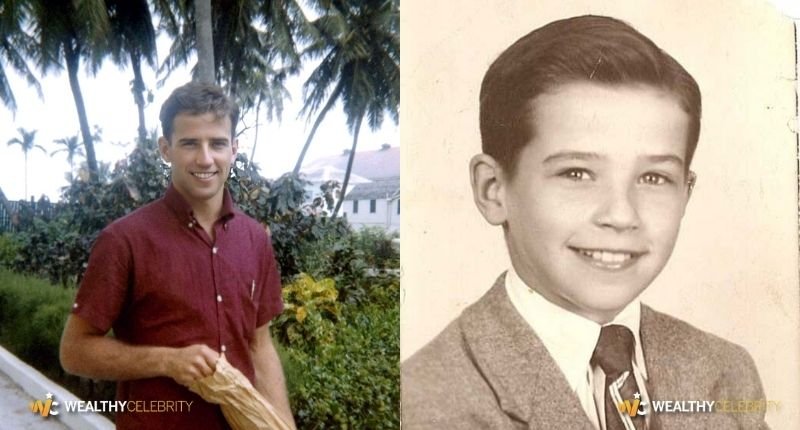 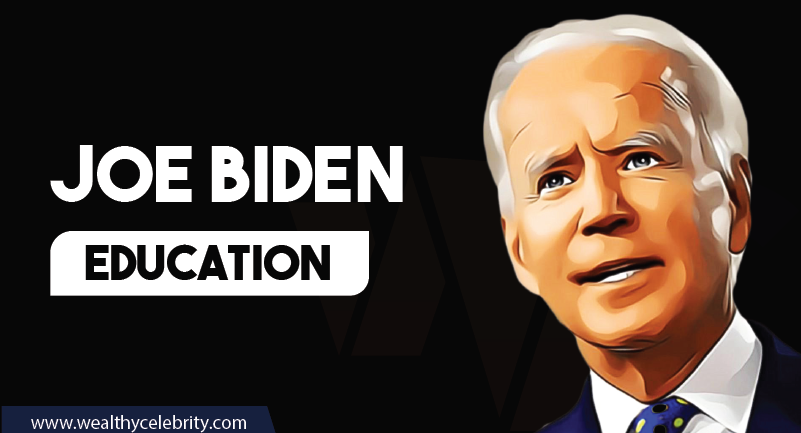 Biden was a poor student; still, he was class president in his junior and senior years. He played baseball and football while studying at Archmere Academy in Claymont. He graduated in 1961.

In 1965, Biden earned a Bachelor of Arts degree with a double major in history and political science and a minor in English from the University of Delaware in Newark, and also briefly played freshman football. He was an average student with a average grade poitn of Cs, and today Joe’s net worth is $9 million.

Biden got a Juris Doctor degree from Syracuse University College of Law in 1968, and he was ranked 76th in his class of 85. In 1968, he was admitted to the Delaware bar. 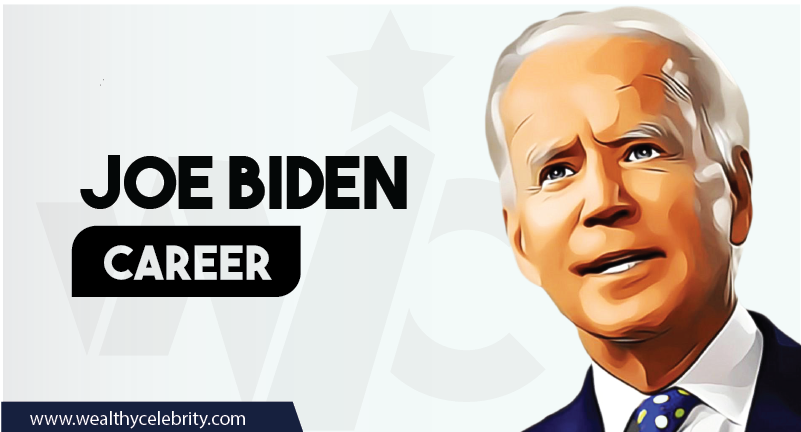 Biden clerked at a Wilmington law firm that was headed by eminent local Republican William Prickett in 1968, and the next year he practiced law first as a public defender and later at a firm that was headed by a locally active Democrat. He practiced law until 1972. In the same year, he became the junior U.S. senator from Delaware by defeating Republican incumbent J. Caleb Boggs.

On 5th January 1973, Biden was sworn on by Francis R. Valeo, secretary of the Senate, at the Wilmington Medical Center’s Delaware Division. At the age of 30, he was the sixth-youngest senator in the history of the U.S.

In 2008 Barack Obama, 44th President of the United States stated that Biden would be his running mate. Permitted by Delaware law, Biden ran for re-election for his Senate seat as well as for vice president. In November, he was re-elected to the Senate, defeating Republican Christine O’Donnell.

On 20th January 2013, Biden was inaugurated to a second term at a small ceremony at Number One Observatory Circle, which was his official residence, with Justice Sonia Sotomayor presiding.

Biden started his career as a professor at the University of Pennsylvania after leaving the Vice-Presidency and continued his efforts to find treatments for cancer. In 2017, he wrote his memoir “Promise Me, Dad” and went on a book tour. Joe Biden’s net worth in 2018 combined with 2017 was $15.6 million.

President of the United States

In November 2020, Biden was elected as the 46th President of the United States, defeating the incumbent, Donald Trump. He became the first candidate to defeat a sitting president since Bill Clinton defeated George H. W. Bush in 1992.

After Richard Nixon in 1968, Biden is the second non-incumbent vice president who is elected as a president. He took his oath of office on 20th January 2021 at noon. Although he is not one of the Richest Politicians, he is one of the oldest persons to assume the presidency. 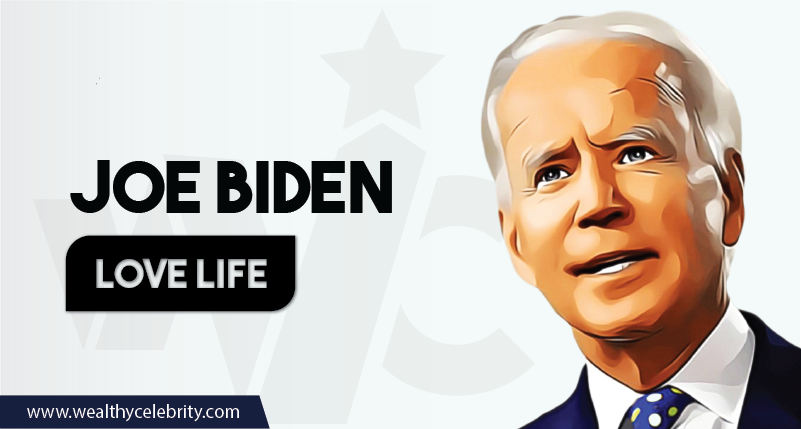 Biden’s first marriage was with Neilia Hunter, who was a student at Syracuse University. Biden’s parents were not in support of marrying a Roman Catholic, but despite their reluctance, they got married on 27th August 1966 in a Catholic church in Skaneateles, New York. They had three children; a daughter Naomi Christina “Amy” Biden, two sons Joseph R. “Beau” Biden III, and Robert Hunter Biden.

On 18th December 1972, Biden’s wife and their one-year-old daughter Naomi died in an automobile accident while they were shopping for Christmas in Hockessin, Delaware. They were in a station wagon that was hit by a tractor-trailer truck. Their sons survived the accident, Beau had a broken leg, and Hunter had head injuries with a minor skull fracture.

At that time, Biden decided to resign to take care of his sons, but Senate Majority Leader Mike Mansfield convinced him not to do so.

Joe Biden met his second wife, Jill Tracy Jacobs, in 1975 on a blind date, and they got married in 1977 at the United Nations Chapel in New York. She is a teacher, and Dr. Jill Biden’s salary is close to $100,000. They have a daughter named Ashley Blazer, who is a social worker. 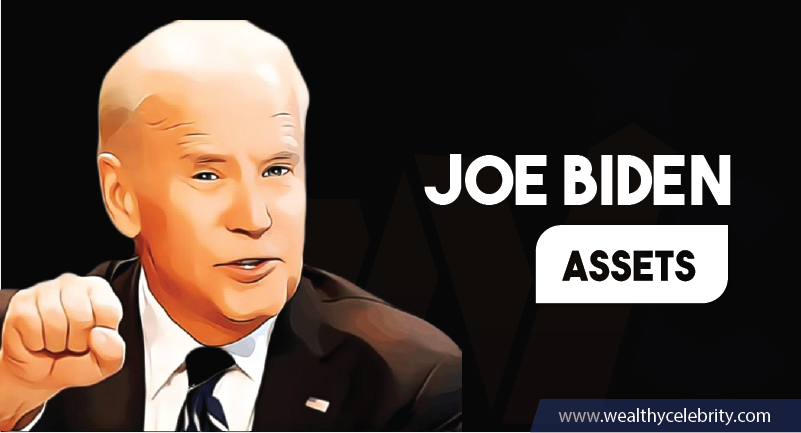 A large amount of this number came from a multi-book deal with Flatiron Books with the value of $8 million per Publishers weekly, but he earned a sizable income from speaking engagements. He earns $100,000 – $200,000 per paid speech. 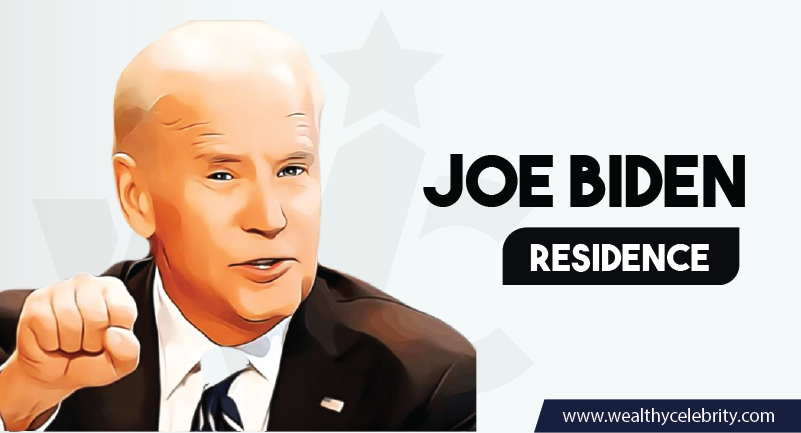 Biden’s residence is a home the family built over 20 years ago in Wilmington, Delaware, and this lakeside property is said to be nearly 7,000 square feet. They bought the property in 1997 for $350,000, but today Joe Biden house value is at least $2 million.

The family also bought a 4,800 square feet Delaware beach home in 2017 worth $2.7 million. It is one of the luxurious celebrity homes in Delaware.

The Bidens also rented a lavish mansion recently in McLean, Virginia. It is a 12,000 square feet residence with a gym, marble finishes, parking for 20 cars, and a sauna. The monthly rent for this home is around $20,000.

Some Interesting Facts About Joe Biden 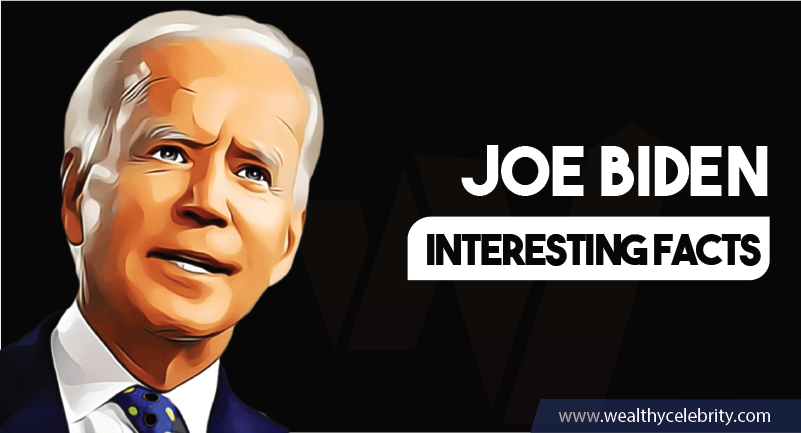 Q: Who is Joe Biden?

A: Joe Biden is the president of the United States of America. He also served the country as a vice president from 2008-2016.

Q: When was Joe Biden born?

A: Joe Biden was born in Northeast Pennsylvania on November 20, 1942.

Q: Did Joe Biden marry after the devastating accident?

A: Joe has been married to his second wife, Jill Biden, since 1977.

Q: How old is Joe Biden?

Q: Is Joe Biden the oldest person to become the president of the USA?

A: Joe Biden is the oldest person to become the United States of America president since he took his oath as a president at 78 years.

Joe Biden is known to many by the nickname “Middle-Class Joe,” but the current President and former Vice President is actually a millionaire. Forbes estimates that Joe Biden’s net worth of 2022 is $9.2 million.

I hope you like our details on Biden’s assets and know you know how rich is Joe Biden. If you have any other information to share, do comment in the section below.

[…] to run to become the president of the United States and was completely ready to compete with Joe Biden and Donald Trump. But some citizens weren’t feeling likely to choose Kanye for his height, […]

How Tall Is Kanye West? Compared To 9 Other Famous Rappers – Wealthy Celebrity

[…] to run to become the president of the United States and was completely ready to compete with Joe Biden and Donald Trump. But some citizens weren’t feeling likely to choose Kanye for his height, […]

[…] is famous for covering the presidential campaigns of the Democratic Party’s primary candidate Joe Biden at CNN. Moreover, according to Arlette Saenz’s Wikipedia, she is well-known for asking […]

[…] and media personality. She was famous for being the ex-wife of the 46th US President – Joe Biden. Moreover, she is well-known for appearing in media gatherings and party meetings with Joe – […]

President Biden! Love to you and your families! May God bless, guide, keep you safe and healthy always!