Salma Hayek, a name that needs no introduction, was born in Mexico. She is an actress having a net worth of $200 million dollars. In addition to that, she is married to a billionaire François-Henri Pinault, and is the daughter of the renowned wealthy businessman Sami Hayek Dominguez.

Salma has always been exceptional in terms of acting and her personality always attract fans towards her.

She is specifically famous for her role in the telenovela named “Teresa” as well as in the highly famed film named “Frida”. She received multiple nominations for awards for these projects.

Salma Hayek Was Born In A Wealthy Family 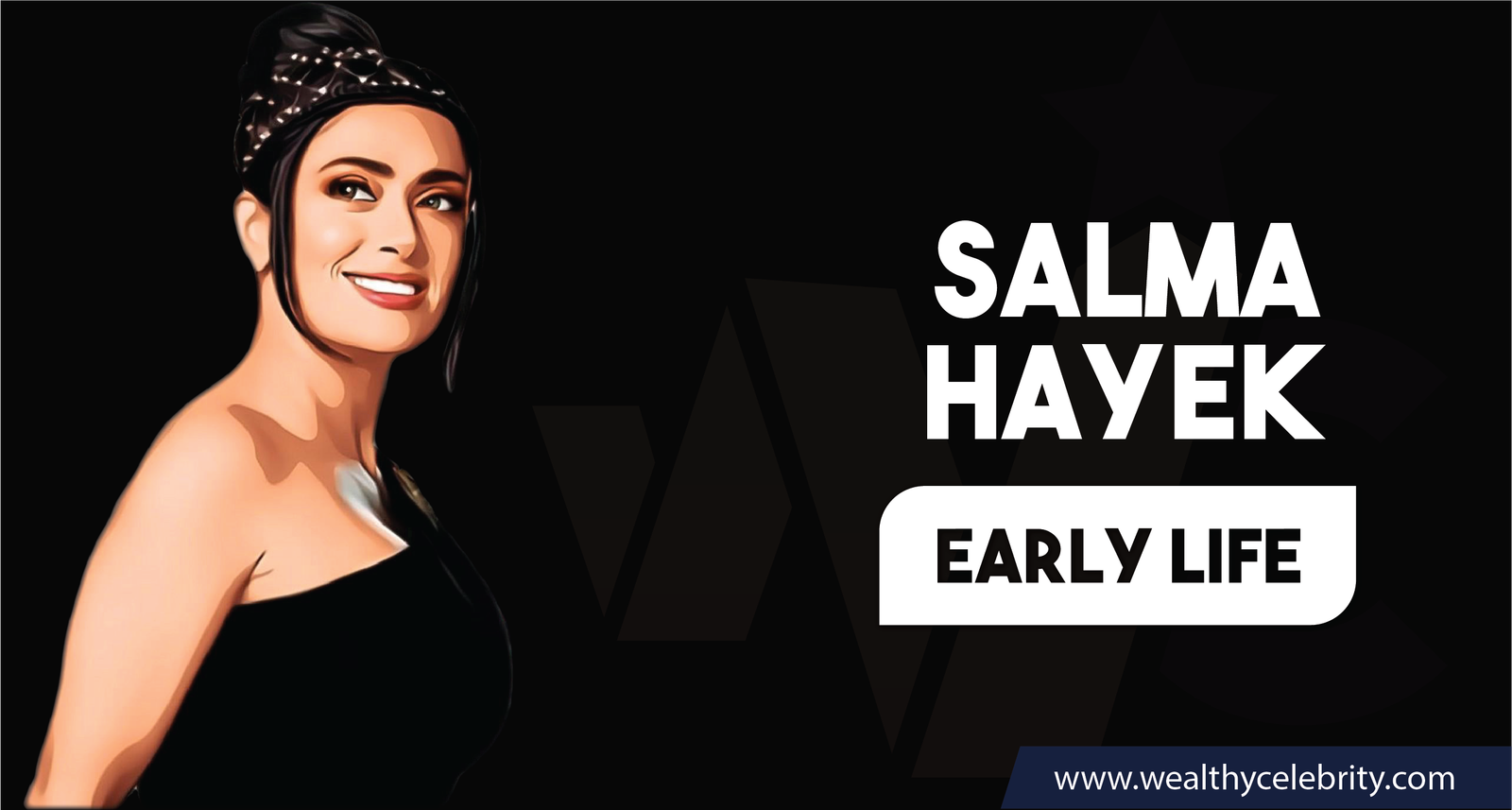 Salma Valgarma Hayek Jiménez aka Salma Hayek was born on September 2, 1966, in Coatzacoalcos, Veracruz, Mexico. Her father, named Sami Hayek Domínguez, is an executive in an oil company of Mexico and the owner of a firm dealing in industrial equipment.

Salma’s father also used to run a political office for the mayor of Coatzacoalcos position. As far as Salma’s mother is concerned, Diana Jiménez Medina is an opera singer.

Salma and her brother Sami Hayek were raised in a rich and devoted Roman Catholic family. When she was only 12 years old, she went to the Academy of the Sacred Heart in Grand Coteau, Louisiana. Later on, she continued her education at the Universidad Iberoamericana and studied international relations.

She Started Her Career At The Age Of 23 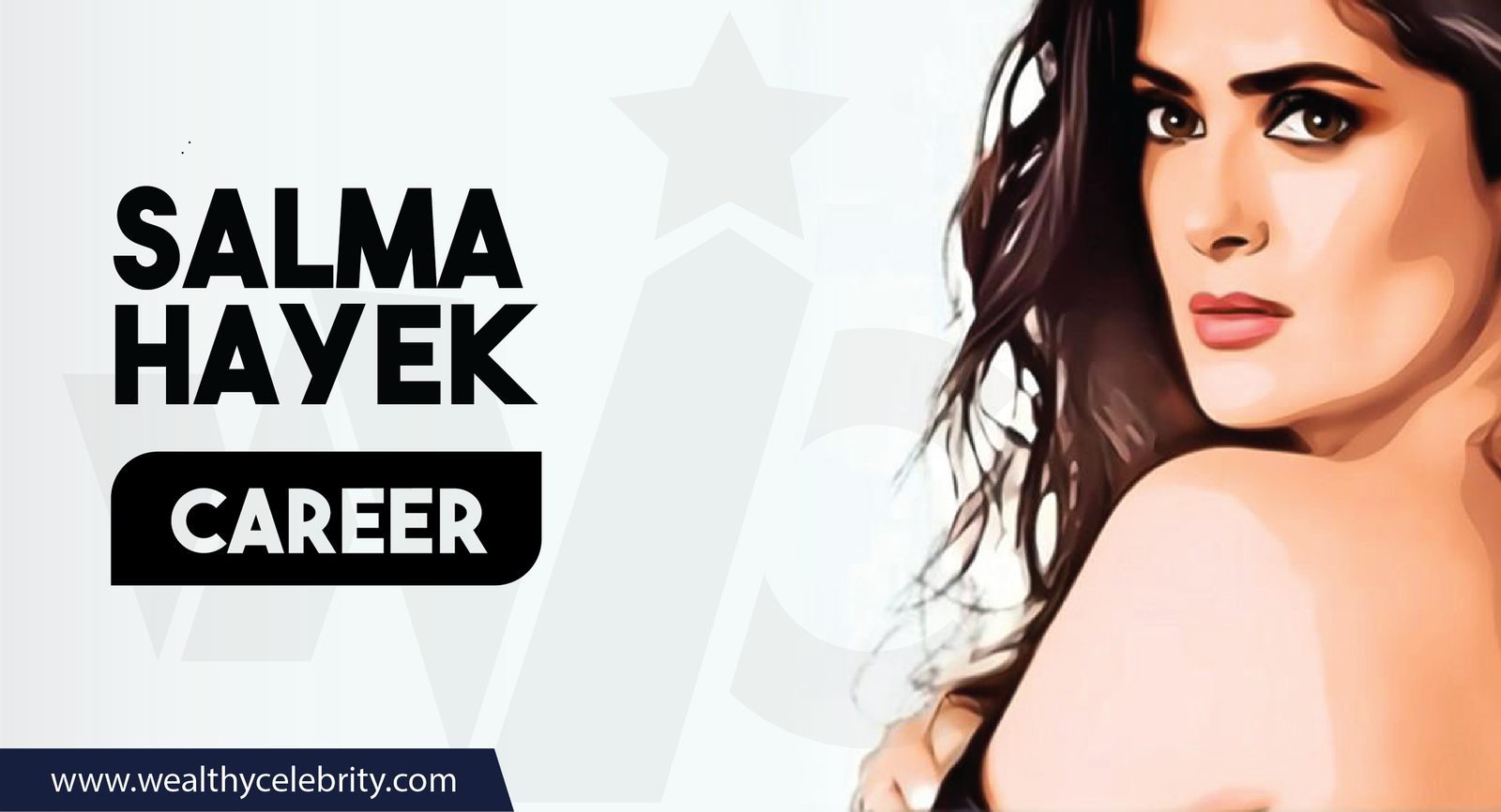 When Salma age turned 23, she got lead role in the Mexican telenovela named “Teresa”. This project made her gain so much fame that she became a star and everyone had her name in discussions. Thus, Salma turned out to be a household name in Mexico.

With this marvelous success, she continued her popularity with another role in the film “El Callejón de los Milagros (Miracle Alley)”. To our surprise, this movie is the most-awarded one Mexican cinema history. Moreover, Hayek was nominated for an Ariel Award for this project.

A from her career as a director

Hayek moved to Los Angeles, California in 1991 specifically with the mission to study acting. She studied from renowned acting coach Stella Adler.

When Salma was suffering and struggling through her Dyslexia disease, she had limited English fluency. However, it was her hard work that paid off as she became a part of the film “Desperado” as the lead opposite Antonio Banderas in 1995.

She started gaining popularity and observed her career blooming in the US when she got a small role in “From Dusk till Dawn” as a vampire queen in 1996. This role was a brief one but she spellbound viewers with her acting. Her erotic dance on the table-top was the performance that grabbed the attention at the peak. She then appeared opposite Matthew Perry in a romantic comedy named “Fools Rush In” whereas she also starred with Will Smith in the film “Wild Wild West” in 1999. Since the start of this journey in acting, Hayek’s net worth continuously increased with every upcoming project.

Apart from these projects, Salma also worked for the films including “In the Time of the Butterflies”, “Once Upon a Time in Mexico”, “Grown Ups”, and “Grown Ups 2”. Salma is also a voice artist and so she did the character Kitty Softpaws in the animated film “Puss in Boots”.

Her passion for acting and films made her establish her own film production company named as Ventanarosa during the year 2000. She became the CEO of this company in April 2007 right after negotiations with MGM. She signed a two-year deal with ABC in May in order to make her production house Ventanarosa to develop projects for this network.

She produced the first film “El Coronel No Tiene Quien Le Escriba” in 1999. Furthermore, she went on with the production of other projects like the movie “The Maldonado Miracle” in 2003, which was also directed by her.

Moreover, the “Ugly Betty” show for NBC television that was aired from 2006 to 2010, and that of the film “Frida” from the year 2002 was co-produced by Salma. She also showed up as an actor in these movies. In addition to these amazing projects, she has also directed music videos for artists Prince and Jada Pinkett Smith.

Hayek was nominated as Best Actress for the Academy Award for the film “Frida.” She won a Daytime Emmy Award for being Outstanding in Direction for a special project “The Maldonado Miracle”.

A Quick Check Into Her Marriage Life With Francois Pinault 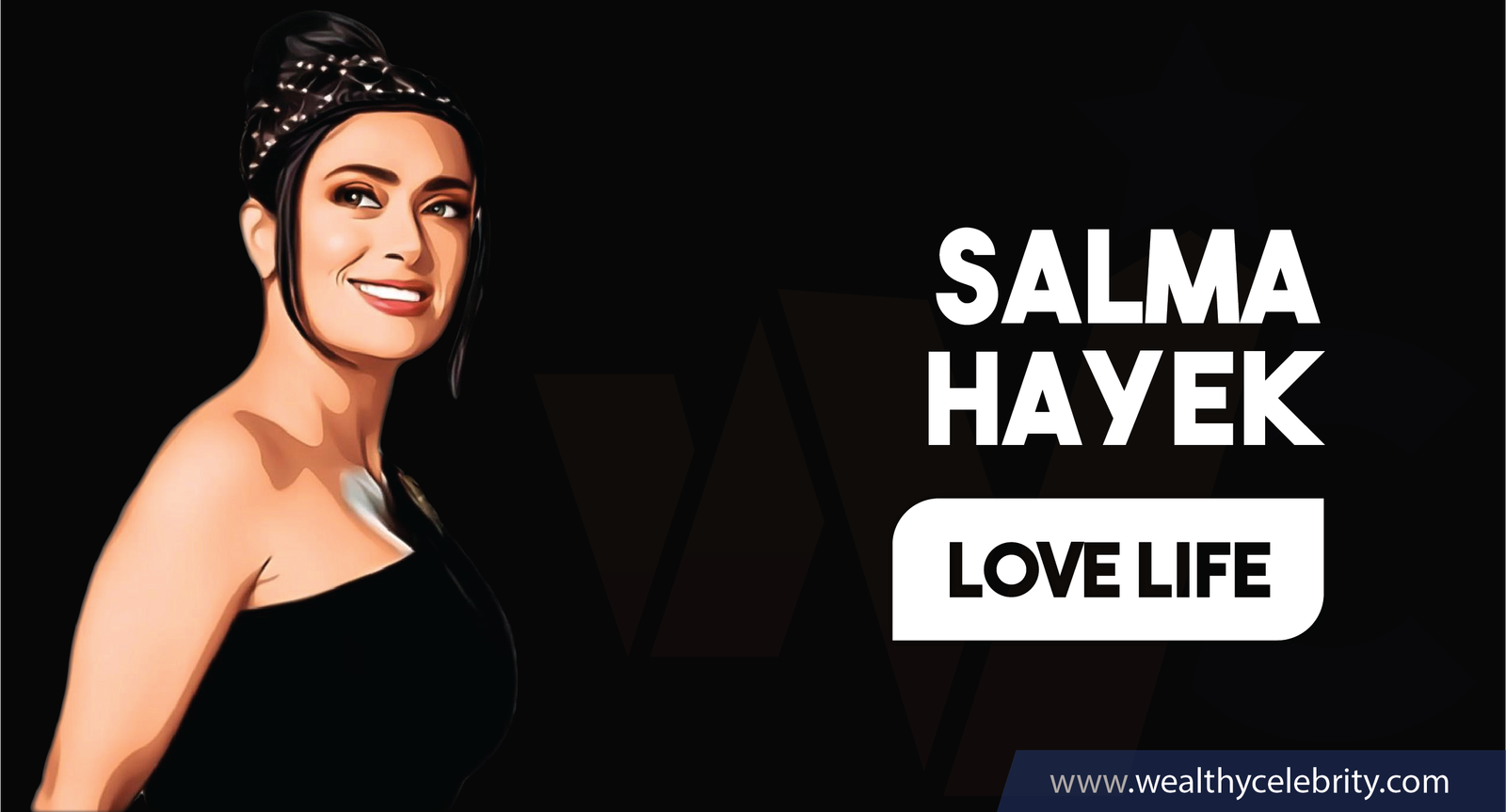 See Also:  What is David Dobrik Net Worth? Know Everything About Famous Youtube Star

This beautiful couple is blessed with a daughter named Valentina Paloma Pinault. Salma and her husband own luxury goods by conglomerate Kering. This is the conglomerate that owns Gucci, Yves Saint Laurent, Puma, Volcom, Brioni, and many more.

Hayek’s husband Francois has been CEO of the company since 2005 with his father being its largest shareholder until now as he is also the company’s founder. Francois’s net worth is estimated at $14 billion. 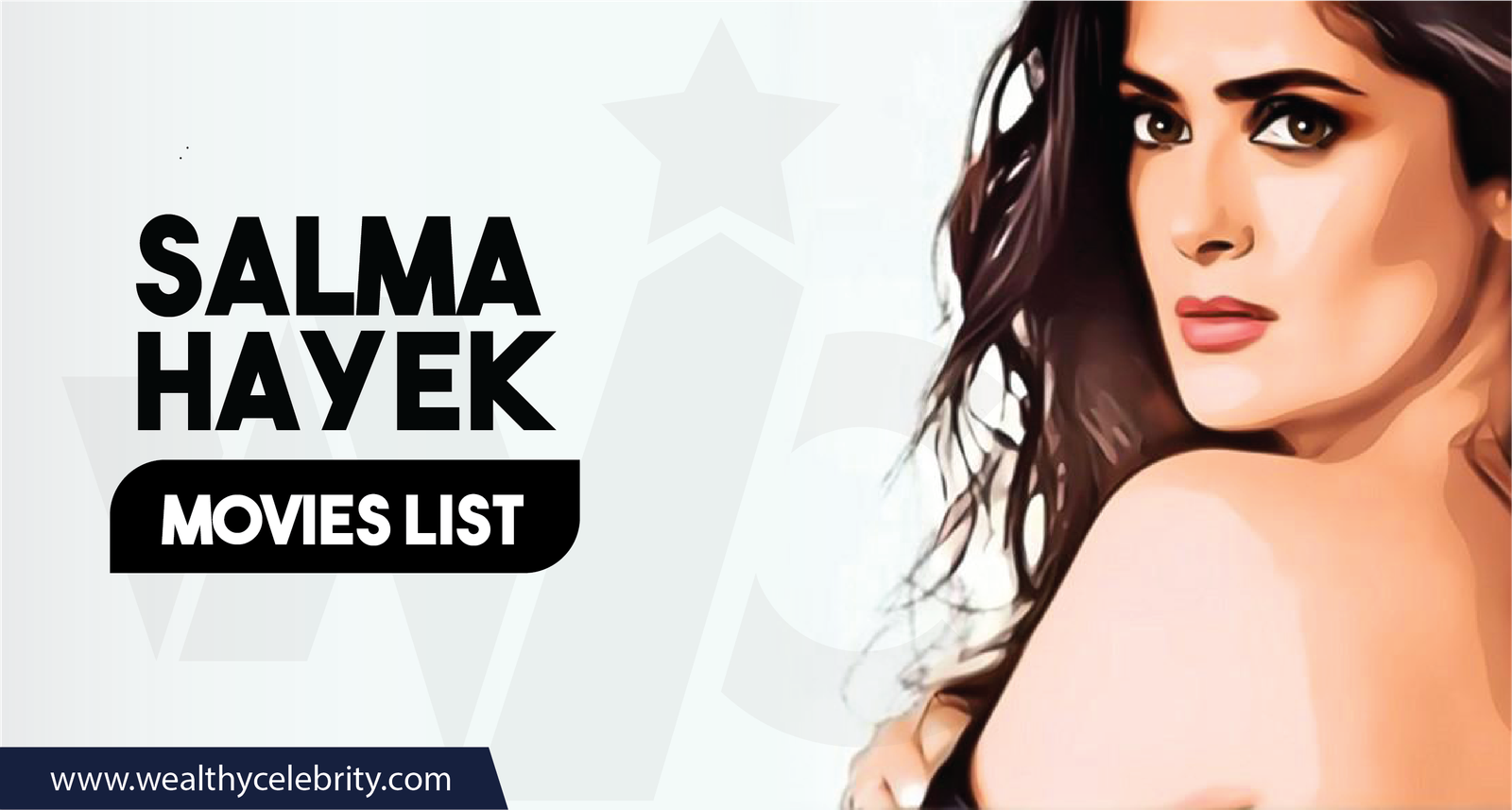 Here we have got some of the Hayek movies lists for the fans:

Highlights of her Career 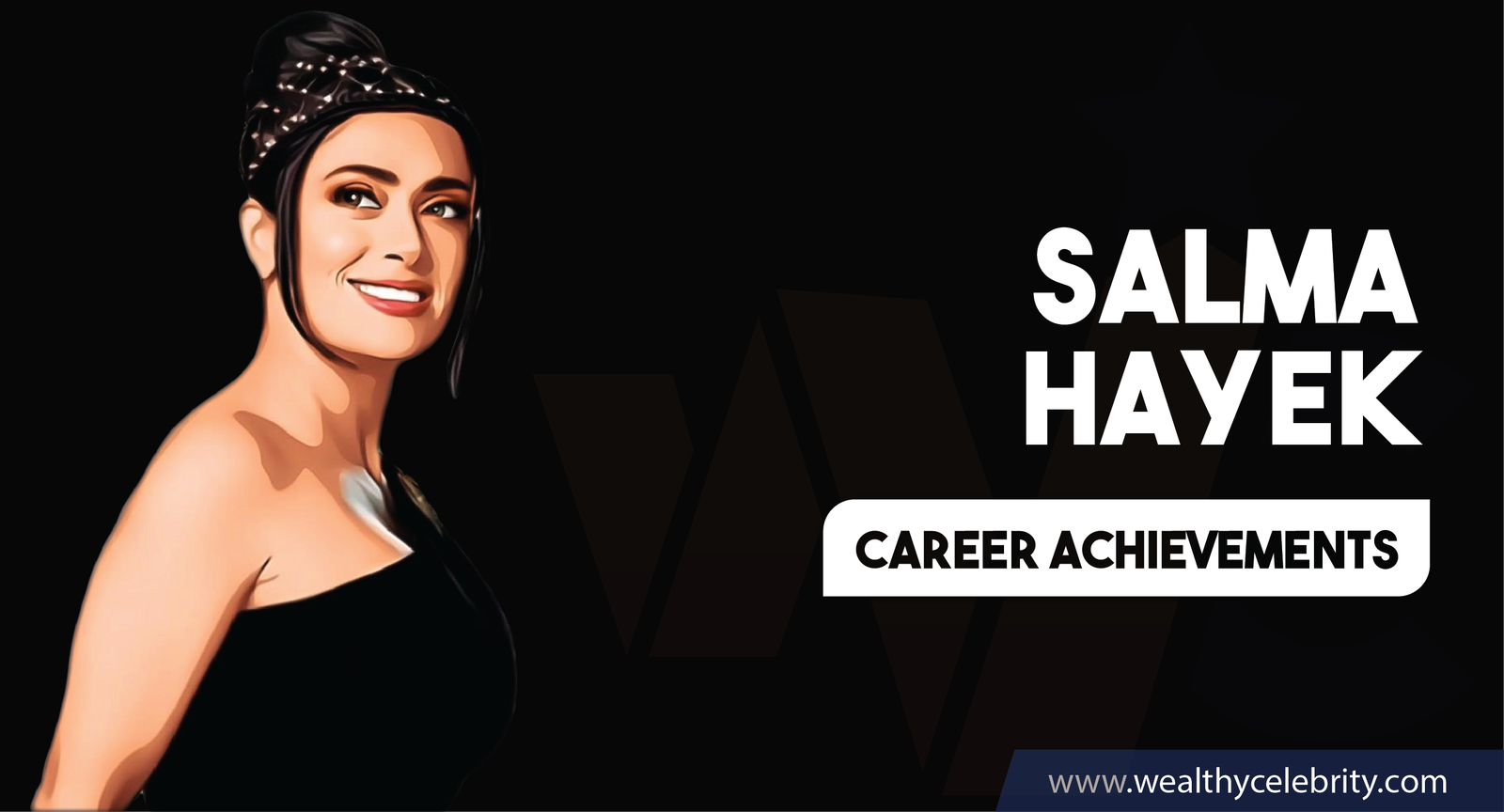 Here we have got the highlights of Hayek’s remarkable career:

A Quick Check into Salma Profile:

Q: What is Salma Hayek's most famous movie?

A:  American biographical drama film "Frida" is Salma Hayek's most famous movie released in 2002. She was nominated in the category of "Best Actress" for an Academy Award.

Q: When did Salma Hayek meet her husband?

A: It was spring of 2006 when Salma Hayek met Pinault at a Gala organized in the spaces of Palazzo Grassi in Venice, Italy.

A: Salma Hayek is a versatile actress. However, Mexican star surprised fans with her singing skills when she shared a throwback video of her amazing singing on the stage.

Q: What disease does Salma Hayek have?

A: It is quite difficult to learn a second language, but it wasn't impossible for Mexican-born actress Salma Hayek, even with her learning disability. She was diagnosed as dyslexic in her teens.

A: Spanish actress Penelope Cruz has quashed the gossip of her being in a lesbian relationship with Salma Hayek. She insists they are bond as sisters, not lesbian lovers.

This comprehensive journey in acting, direction and production makes an estimated $200 Million of Hayek’s net worth and this is increasing with every project coming her way. She is outstanding and proves it right in all of her movies.

What do you think about Salma Hayek’s net worth? Leave a comment below and share your feedback with us.

[…] he gained fame for working alongside Anthony Hopkins, Matt Damon, Ben Affleck, Renee Zellweger, and Salma Hayek. And currently, Chris is working as the best yet most famous standup comedian, host, actor, […]