Tory Lanez is a Grammy-nominated Canadian singer, rapper, music producer, and songwriter. He is best known for his mixtapes “Lost Cause” and “Conflicts of my soul: The 416 Story”. The talented singer released his debut mixtape TL2TO on YouTube in 2009. Later he released multiple mixtapes and albums. Most of Tory’s songs ranked top on Billboard Hot 100. Tory often performs in concerts, events, and shows.

Moreover, he is an internet sensation as he actively uses his social media accounts and has a significant fan following. He rules over Instagram with 11.8 million followers. Tory Lanez’s height is 5’7.
If you’re curious to know more about this brilliant rapper, then read this post. 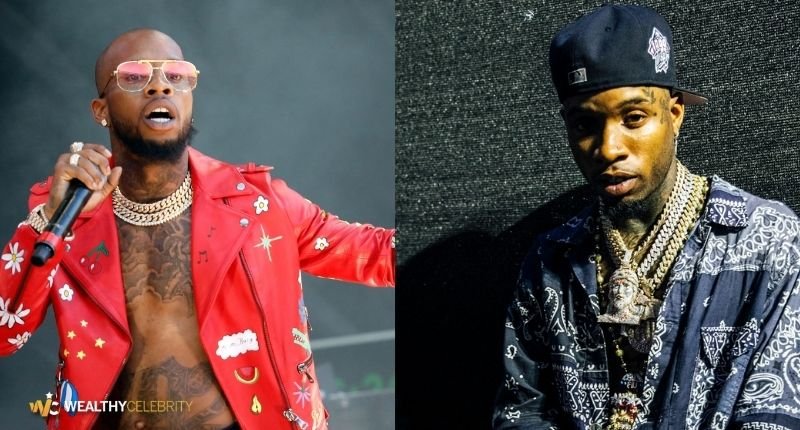 Tory Was born and brought up in Ontario, Canada:

Tory Lanez was born on 27 July 1992 in Ontario, Brampton. His father’s name was “Sonstar Peterson” and “Luella Peterson.” He belongs to an ardent Christian family. He has three siblings, one of his half-brother name is “Suheyb Ali Isse.” During his childhood, his family relocates to different places for good earnings. When he was born, his parents lived in Montreal but later moved to Miami, Florida.

When he was only 11, his mother died from a rare disease. He couldn’t bear this loss and suffered from behavioral issues for a few years. Tory’s father could not take care of him; thus, he sent him to his grandmother’s house in Toronto. However, he started living independently at the age of 15.
Meanwhile, Tory completed his high school education at Fletcher’s Meadows Secondary School. After that, he quit his studies to focus on his music career entirely.

At the age of 16, he started rapping at outdoor music concerts:

Lanez has been a diehard fan of rap music since his childhood. While living in Florida, he was fascinated with the booming rap music. Later he decided to become a rapper. He started performing at outdoor music concerts. Though he never got any training in music, he seemed to have amazing taste in music, especially rapping. Afterward, he decided to move back to Florida to avail maximum opportunities.

Tory decided to exhibit his rapping talent via YouTube. He recorded and released the mixtape ‘T.L. 2 T.O.’ to show his talent to the world. In a little while, he started directing his music video after getting significant recognition.

Sean Kingston offered him a deal and let Tory perform in his live concert:

In Florida, Sean Kingston is a popular name in terms of rapping. When he heard Tory’s song “Beamer, Benz, and Bentley,” he got impressed with his freestyle rapping and offered him a deal. They met at a Justin Bieber concert. He also performed in Sean’s live concert, which boosted his confidence, and he decided to make more mixtapes. 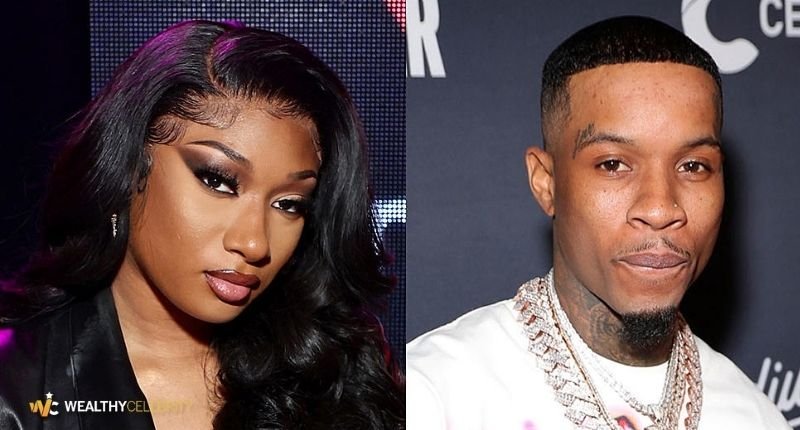 After releasing four mixtapes and Joining TME (Time Is Money Entertainment) in 2010:

Tory released four mixtapes, ‘Mr. 1 Verse Killah ‘One Verse One Hearse,’ ‘Just Landed,’ and ‘Playing for Keeps,’ in 2010. His mixtapes were a huge success in the American music sphere, for which Sean offered him a deal with his record label, TME. Tory released more mixtapes, i.e., ‘Chixtape,’ ‘Mr. Peterson and ‘Swavey’ with TME. Later, he quit Label to work independently. After that, he also released more solo mixtapes.

He started a series titled ‘Fargo Fridays’ and released his career-massive hit ‘Lost Cause’:

On his YouTube channel, he started a “Fargo Fridays” series. In that series, he shared new singles every Friday. ‘The Godfather ‘, ‘I’ll be there, and ‘Talk on the road’ were the popular singles from ‘Fargo Fridays.’ In 2014, he released “Lost Cause,” a massive hit. One of the singles from the album, ‘LUV,’ peaked at 19th ranked on the U.S. Billboard Hot 100. Likewise, the song ‘Say It” from the same album got the 23rd spot.

In 2016, he performed at the “Pemberton Music Festival” and announced “The Level up Tour.” All his success made him rude and proud, and he refused many big offers. Tory also released his debut album, “I Told You,” which ranked 4th on the U.S. Billboard Hot 200 chart. This album received positive reviews from juries, and almost 52k copies were sold during the first week of his release.
He released his second album ‘Memories Don’t Die” in March 2018, which got mixed reviews from the critics.

A Check Into Relationship Status:

As far as his relationship status is concerned, he has dated many girls. First, he had an affair with his girlfriend ‘Trina,’ a rapper, in 2014. The two were in a relationship for a year, but later they broke up. Next, in 2017, he got linked with famous singer and model ‘Kaylin Garcia.’ After her, Tory started dating another rapper and singer ‘Kash Doll’ in 2018. Also, he is a father of a cute toddler and often uploads his picture on his social media accounts. However, his current relationship status is unknown as he seems very passionate about his music career.

He collected his net worth by rapping, singing, recording, producing music, songwriting, and performing live concerts. Besides that, Tory does brand endorsements, social media promotions, commercials, and guest appearances in events from which he gets a significant chunk of money.

The rapper has been facing hair loss issues for a long time now and was made fun of when his photos with bald patches went viral on social media. However, his hair color is black, while his eye color is dark brown, and his weight is around 68 kg. 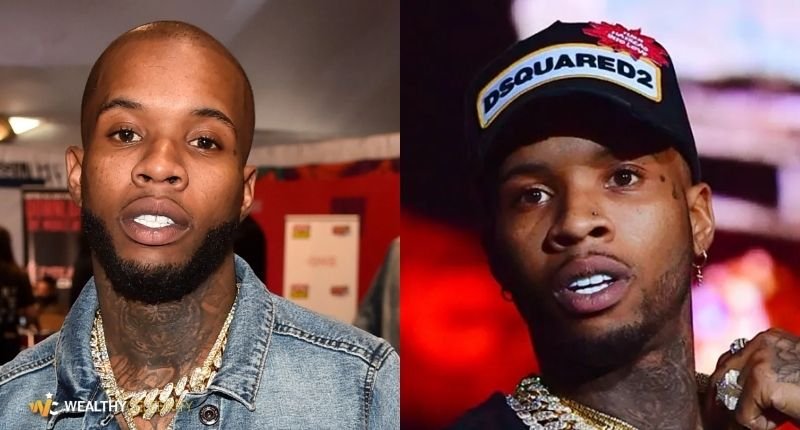 Q; When was Tory Lanez born?

Q; Does Tory Lanez have a gold tooth?

A: Tory loves to wear gold around his neck, and he also made gold teeth for himself.

A: He likes to drive Mercedes-Benz and Bentley.

A: The answer to this question is yes, as he likes smoking.

Q: How Tall Is Tory Lanez?

A: He is famously known to be less tall than other rappers and often made fun of for this reason. Some of the reports state that he is 5’ 7”, however, the Los Angeles Sherriff Office Website list claims that Tory Lanez's height is 5’ 3”.

Q: Where Is Tory Lanez From?

A: The rapper is from Brampton, Canada. He spent much of his early life in cities like Miami, New York, and Atlanta. He was first moved to live with his cousin Dahir Abib and then to his grandmother’s house due to his behavior issues. However, he was on his own at the age of fifteen after his grandmother refused to take care of him.

Q: How Old Is Tory Lanez?

A: The famous rapper is said to be born on 27 July 1992. This is according to his Wikipedia page as well as other sources. If we assume this date to be correct, then Tony Lanez age is said to be 29 years old at the time of this writing.

These are some of the most sought-after details about the famous Tory Lanez. From what we know about him, it could be said that he is young and talented and is ready for even more success in his professional life.

What are your thoughts on Tory Lanez’s height and net worth? Share with us in the comments below.