Usain Bolt is the greatest Jamaican sprinter of all time and is the fastest human on Earth. You might be thinking about his’s wealth or his salary or his current net worth. Well, he is among the highest-paid athletes during the Olympics years worldwide. Bolt’s net worth is $90 million. 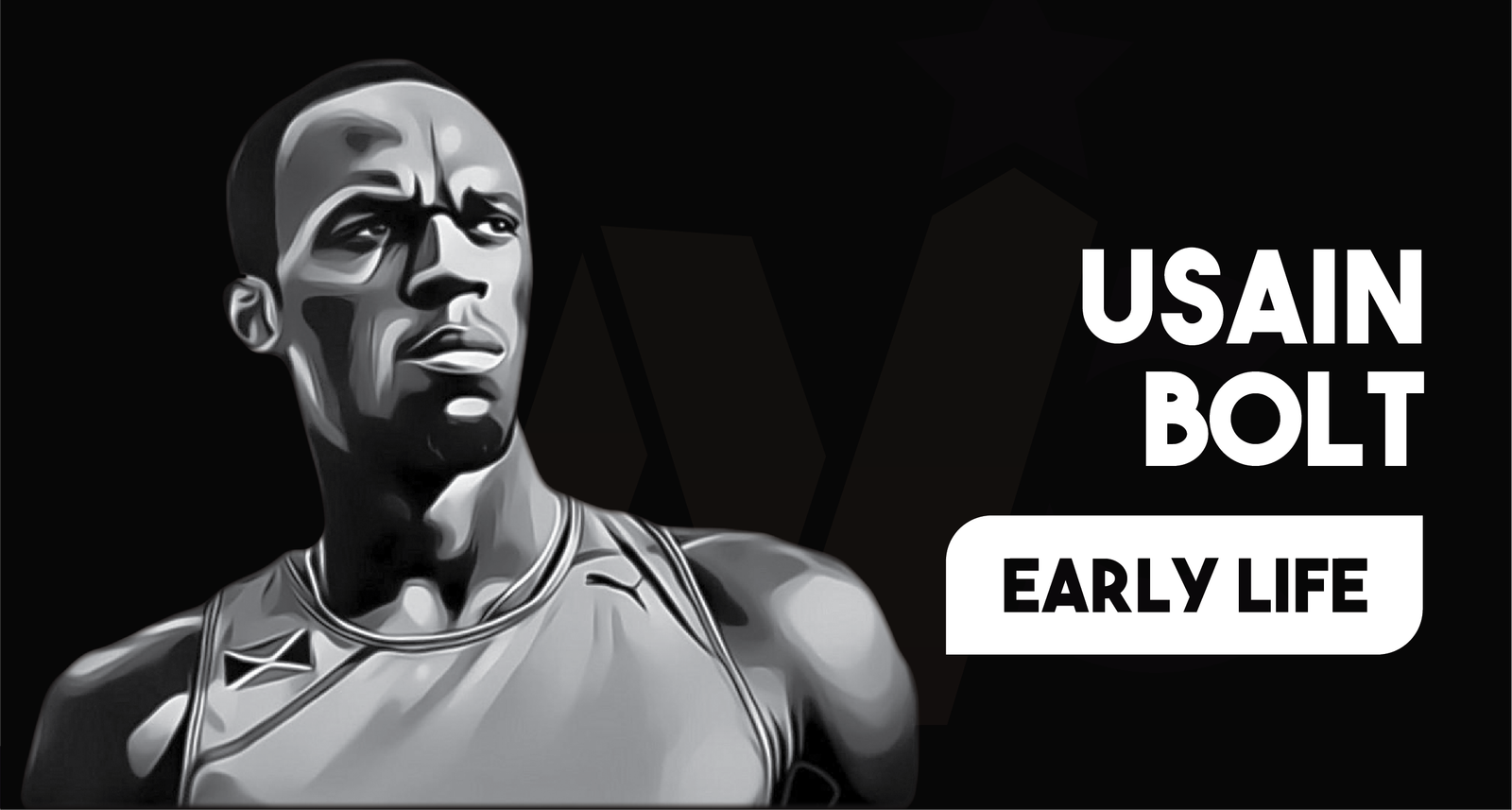 Usain St. Leo Bolt was born on August 21, 1986, in Sherwood Content, a small town in Trelawny Parish, Jamaica. His parents are Wellesley and Jennifer. They run a local grocery store in the town. Bolt’s brother’s name is Sadiki, and his sister’s name is Sherine. Bolt has spent his childhood playing cricket and football in the street with his siblings. Bolt went to Waldensia Primary school.

At 12, Bolt had already become the fastest runner in the school. He went to William Knibb Memorial High School. There, his cricket coach noticed Bolt’s exceptional talent and motivated him to try for track and field. Pablo McNeil and Dwayne Jarrett who were former Olympic sprinters coached Bolt throughout high school. At that time, Bolt started to win medals in high school championship games. 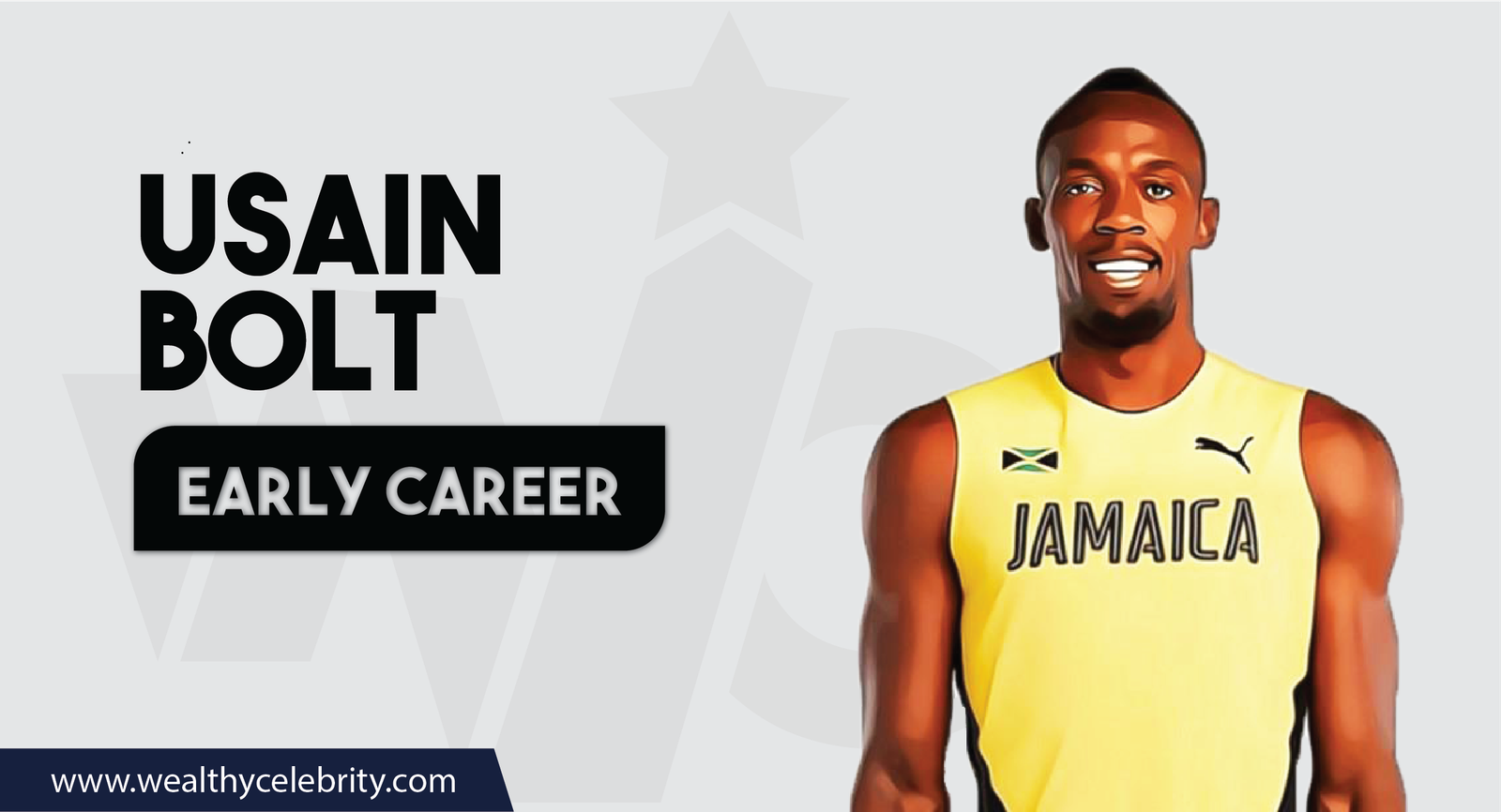 Bolt first appeared before the world in the IAAF World Youth Championship in Hungary. He did not win the final, but he set a new personal best of 21.73 seconds in the 200m event. In the CARIFTA Games, Bolt set championship records in the 200m and 400m races. Moreover, he has also participated in the Central American and Caribbean Junior Championships. There he has set records and personal bests.

Furthermore, he is among those 9 athletes who have won world championships at the junior, youth, and senior levels. As a result of his performance, the Prime Minister of Jamaica arranged for Usain to move to Kingston so that he could start his training with the Jamaica Amateur Athletic Association.

See Also:  Who is Jessica Reynoso? Here's Everything To Know

At the age of 15, he won the 200m race at the 2002 World Junior Championships in Kingston, Jamaica. So, Usain Bolt became the world-junior gold medalist ever. He won two silver medals by participating in the Jamaican sprint relay team. Additionally, he won four gold medals at the 2003 CARIFTA Games. Additionally, Usain won another gold medal by setting the world record at the 2003 World Youth Championships. In his senior year of high school, he broke his records at his Jamaican High School Championships. After that, he continued to break records. Then he decided to make a spot on the Jamaican Olympic Team.

Fitz Coleman became Bolt’s new coach. Usain Bolt became a professional runner in 2004. He then began his career at the CARIFTA Games, in Bermuda. There he was awarded the Austin Sealy Trophy for being an extraordinary athlete at the Games. He got a hamstring injury, but still, he was chosen for the Jamaican Olympic Squad, in May 2004. Unfortunately due to his injury, he got eliminated in the first round of the 200m race.

On the other hand, American colleges offered him scholarships for getting training in the US. His patriotism did not accept those scholarships and he decided to represent his country. Until his next Olympics, he got the training and won many races and medals.

At the 2008 Beijing Olympics, Bolt won three gold medals. Also, he won two silver and five gold medals at the World Championship. The net worth of Usain Bolt increased so much after his outstanding performance at the 2012 London Olympics. He won a gold medal for the 100m race in 9.63 seconds for beating his Olympic record. There he won the race by coining the ‘lightning bolt’ pose which attracted the entire world. All this increased the net worth of Usain Bolt to new heights. At that time he was considered the greatest sprinter of all time.

At the 2012 London Olympic Games and 2016 Rio de Janeiro Olympic Games, he won gold medals in the 100m, 200m, and 4 x 100m relay race. He retired from competition in 2017 after his performance slipped at the World Championships. After that, he got many offers from major clubs around the world. But Bolt announced his retirement from sports altogether, in January 2019. 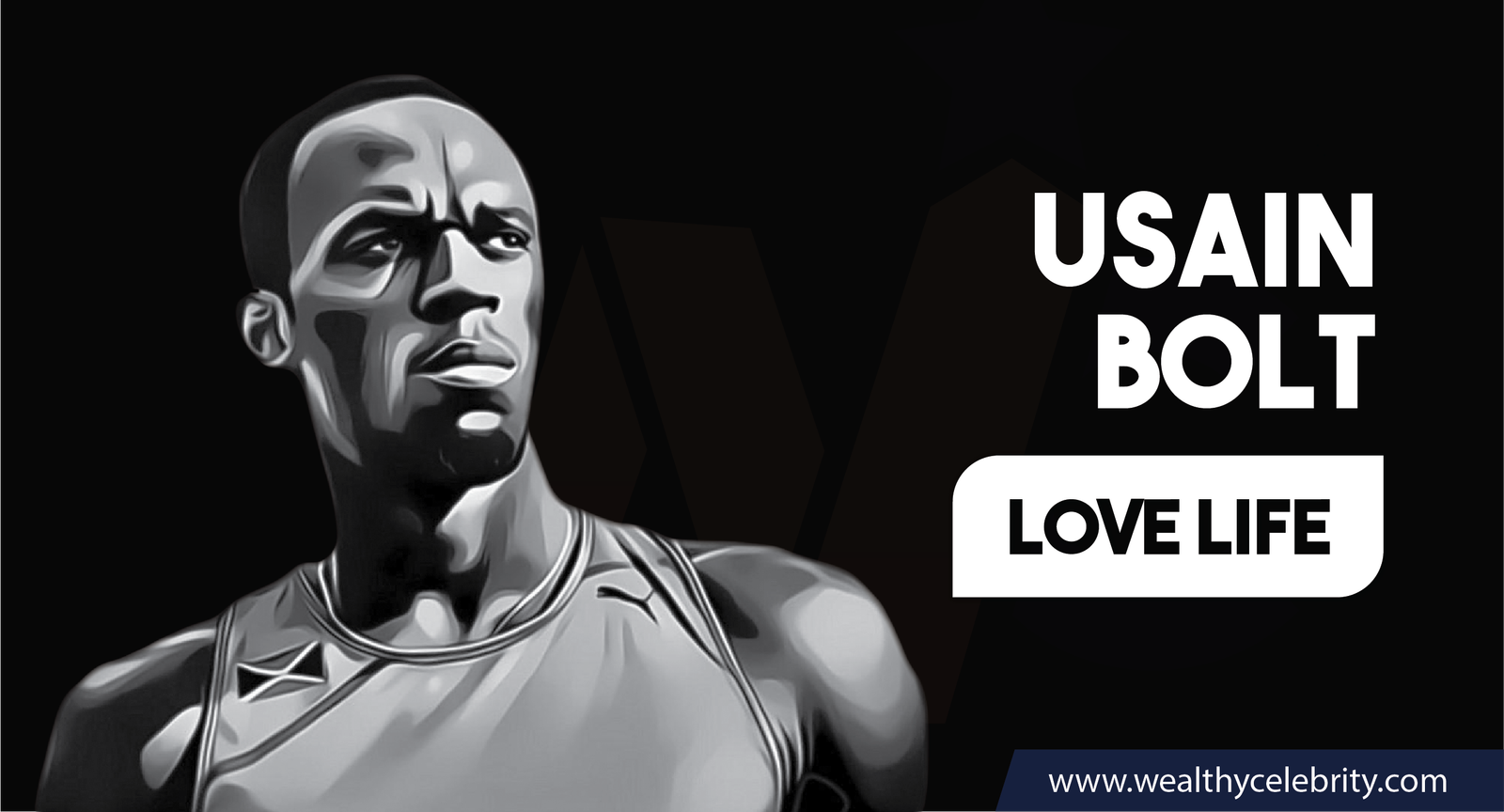 Bolt has a relaxed and fun-loving personal life. The 9th time Olympic gold medalist and his girlfriend Kasi Bennett have been together since 2016. They have announced that they became the parents of twin boys. Call of Duty video game series and reggae music is his favorite. In July 2019, he started to work as a dancehall music producer.

Net Worth: Endorsements and Other Income

How rich is Usain Bolt? Well, he is among the highest-paid celebrities in the world. How much does Usain Bolt make a year? Typically, Bolt earns around $20 million per year. You might be thinking that who sponsors Usain Bolt. Many famous brands like Nissan, Hublot, Puma, Virgin Media, Gatorade, and Visa sponsor bolt. Out of his total per year earnings, Bolt earns $9 million from Puma alone. Besides, he also earns from appearance fees and prize money. He charges around $300,000 for a track meet appearance.

At the 2010 Penn Relay, almost 55,000 fans came out to watch Bolt run, smashing previous track and field attendance records. Bolt earned $31 million between 2017 and 2018. However, Usain Bolt’s salary from on-track earnings was $1 million. How much is his net worth? Well, according to rough estimates, his net worth is $90 million making him one of the richest athletes in the world. Many debates over who is the richest Olympian of all time, let me tell you here it isn’t a bolt, however, during the Olympic sessions, he definitely is one of the highest-paid athletes. 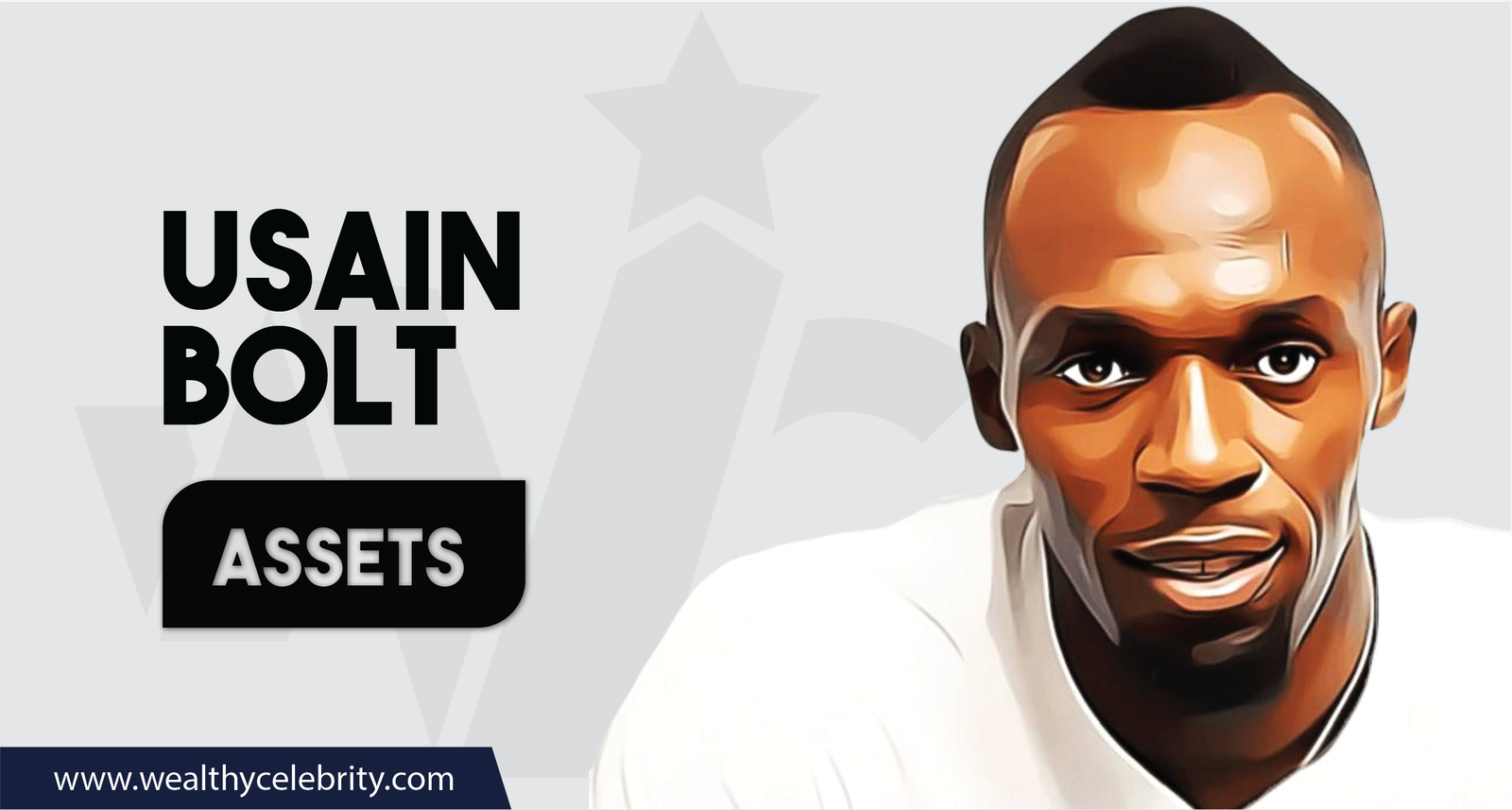 His salary and endorsements have enabled him to own a wide collection of cars. The fastest sprinter owns the fastest cars:

He is also a co-founder of a Miami-based vehicle company called Bolt Mobility. This company operates 5,000 scooters in several US cities, France, and Paris. Bolt launched a two-seater electric car called the B-Nano, in May 2019. And, in March 2020, the company raised $30 million in venture capital funding.

Famous personalities have many famous quotes that they have extracted from the experiences of their lives. Some of the famous quotes of Bolt are as follow:

Q: Where was Usain Bolt born?

Q: What is the net worth of Usain Bolt?

A: His net worth is estimated to be around $90 million.

Q: What is Usain Bolt’s nickname?

A: Usain Bolt is also known as lightning Bolt, owing to his speed and ability to win gold medals in Olympics.

Q: When Usain Bolt made his Olympics debut?

A: Usain Bolt made his Olympics debut in 2008 in Beijing.

A: Usain Bolt has been dating Kasi Bennett since 2014, but he is still unmarried.

A: According to Usain Bolt, Waqar Younis is his favourite cricketer.

What is the net worth of Usain Bolt? His net worth is $90 million. Bolt is the highest-paid and the most loved Olympian of all time.

Do you get motivation from his success? Do you know anything exciting about Usain Bolt? If yes, then leave your opinion in the comments box.

What is Michael Phelps Net Worth as of 2022? - All About Most Successful American Swimmer – Wealthy Celebrity

I still hope that Usain bolt will change his decision of retirement and will come back again on field. What a pure example of dedication and hard work.