Vicky Stark is an American Fishing Guru and social media influencer who flaunts her fishing techniques in her videos and posts. She became an internet sensation after posting videos on her YouTube channel. Moreover, the influencer posts her modeling and fishing pictures on Instagram, for which she is quite popular among social media users internationally.

She looks very enthusiastic and passionate about her career. Many high-end brands also approach her to endorse their brands. If we talk about her relationship status, she is currently unmarried but in a genuine relationship with Captain Ryan Eidelstein.

Read the article to know everything interesting about Vicky. 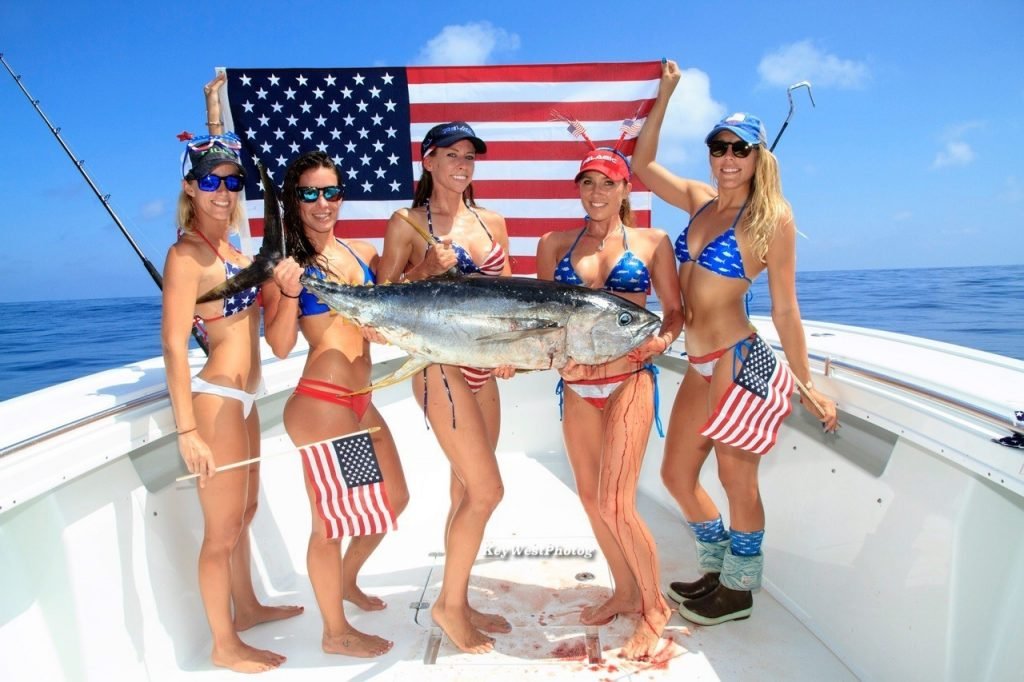 She Had An Interest In Fishing At A Young Age

At a very young age, she developed a rare interest in fishing. In 2011, she started her YouTube channel, where she tried hard to create awareness of prowess which she thought was lacking in her area. Later she activated her Instagram account to post her fishing activities. She got attention from her followers when she posted her picture wearing a bikini and holding giant fish on the Floria coast in 2016.

Following this, she traveled to different places to catch fish breeds, such as Venice, Everglades, Cabo San Lucas, and Miami. Moreover, she often posts updates about her traveling companion, who enjoys fishing in these places.

She has a massive following because she inspires many people with her fishing skills and perfect body shape. Along with her fishing tactics, she shares her bold pictures on her feed. Additionally, Daily Mail featured Vicky on their official website and encouraged her fishing prowess and fan following. In 2019, she was fortunate enough to get a chance to film with the famous Two Conchs for their sportsman channel.

She has around 70 million views on her YouTube videos:

Due to her massive worldwide following, people love her content and watch videos repeatedly. Some of her videos have more than 70 million views. These videos are “Bikini Bowfishing for Tilapia,” “My Personal Biggest Permit caught FLATS Fishing,” and “Bikini Bowfishing for my BIRTHDAY!!!!”. Vicky Stark’s Patreon is her profile on patreon.com. Her following grew as more people saw Stark fishing and her lovely swimsuit body. It allowed her to create a fishing niche and emerge as modeling simultaneously. Vicky Stark quickly responded by sharing pictures and videos of herself fishing and wearing various swimsuits on social media.

She started getting sponsorship and endorsements from renowned brands:

As her stardom grew, big brands approached her to promote their products on Vicky’s social profiles. The brands are One One Swimwear, FarOut Sunglasses, Smith Optics, Xtratuf boots, Orca Coolers, G Loomis, and Scales Gear. As her engagement with sponsors and brands increases, she makes handsome amounts of money. Recently, she collaborated with Peacock Bass Adventures, fishing in the Bahamas.

She is one of those lucky people who find love at her workplace. Vicky and her lover Captain Ryan Eidelstein share the same interests in fishing escapades. Since their passion is based on the same matter, they make a wonderful couple.

Like Vicky, Ryan is crazy about fishing and has been doing it for over 20 years. He is a member of her crew, which means they spend a lot of time together. Not only dating, but both are business partners in Reel McCoy Charters, which mainly deals with fishing and boat services in Florida.

In 2019, Vicky posted her picture with Ryan for the first time on her Instagram. People assumed that both might be dating. Later she confessed that they are a happy couple. Ryan is her only boyfriend, as they are not officially married. 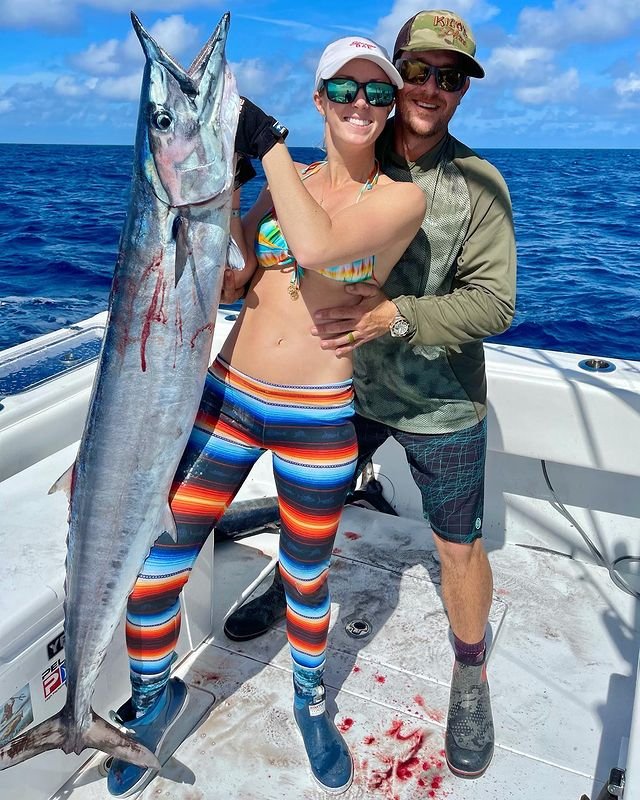 There’s no denying that Vicky’s fame and influence on social media are bringing in significant money. Vicky Stark’s estimated net worth in 2022 will be around $400,000. These earnings come from her YouTube subscription fees, a solid social media following, and alliances with businesses lured to her area of expertise and marketing campaign.

Q: How old is Vicky Stark?

A: Vicky Stark fishing expert is 36 years old and was born on 5 August 1985 in South Florida, USA. She always celebrated her birthday on 5 August. The birth name of the fishing model is the same, Vicky Star, with the zodiac sign Leo. Her American nationality remained the same throughout her life till now.

However, she has mentioned none of the information about her family. Maybe she didn’t want to disclose her personal life related to the family. Besides, her name, nationality, and age have no doubt.

A: Vicky Stark started her YouTube career in 2017 by posting her first video, “Two girls fishing in Cabo San Lucas”.

Q: How tall is Vicky Stark?

A: Vicky is a famous, gorgeous lady who has a body measurement documented in her data on the internet. She is a young woman at 36 age. Her personality is because of her great height and body form. The height has measured approximately five feet and seven inches.

A: Vicky Stark did not yet reveal her relationship status, but she is still unmarried.

Q: What is the favorite hobby of Vicky?

A: Her favorite hobby is fashion and to play with water.

Q: What is the profession of Vicky?

A: She is a fishing expert and social media celebrity.

Q: How much is Vicky Stark net worth?

Vicky Stark became an internet sensation when she started creating awareness about fishing via her YouTube channel. A great influencer conveys a message to young girls to follow their dreams and make the most of them. Along with this, she promotes multiple brands and earns a lot. No doubt she will have a successful fishing and modeling career in the future.

How do you feel about Vicky Stark’s life? Let us know in the comments below.