Although women wrestling is not as respected and celebrated as that of men due to the general perception of women being frail and wrestling being the sport of strongest, there have always been trendsetting divas who defy all stereotypes associated with their gender and prove the misogynist mindset of people wrong by showing their strength in the ring.

Due to the efforts of these superwomen, a significant change has been seen in women’s wrestling over the past few years. Women are now being seen as something more than just glamour and it is pretty visible by the increased net worth of female wrestlers compared to previous years.

This article will shed light on the current salary, struggles, hardships, and achievements of our top 10 favorite tough, strong, and talented female wrestlers of all time. 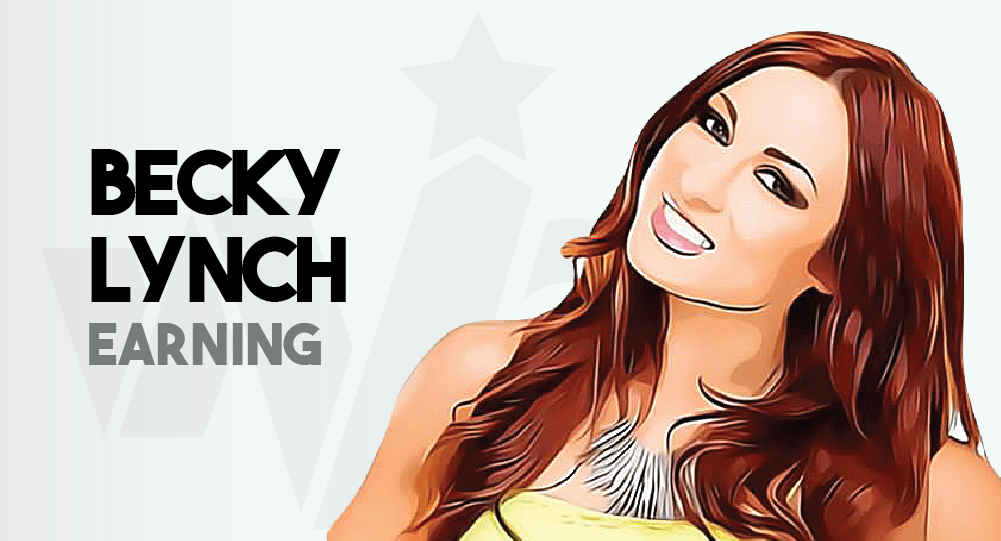 Becky Lynch, currently on maternity leave, is an Irish professional wrestler who is one of the highest-paid WWE stars. Becky began her professional wrestling career in June 2002 in Ireland and later expanded to the rest of Europe and North America. Three years into wrestling and the Elite Canadian Championship Wrestling became the most notable brawl of Becky’s wrestling career making her the inaugural SuperGirls Champion.

Becky Lynch decided to adopt a more aggressive style in 2018 resulting in her ultimate popularity. At SummerSlam, Becky Lynch attacked Charlotte Flair and emerged as “The Man”.

As of 2022, Becky Lynch is the highest-paid WWE female wrestler with a current salary of $3.5 million 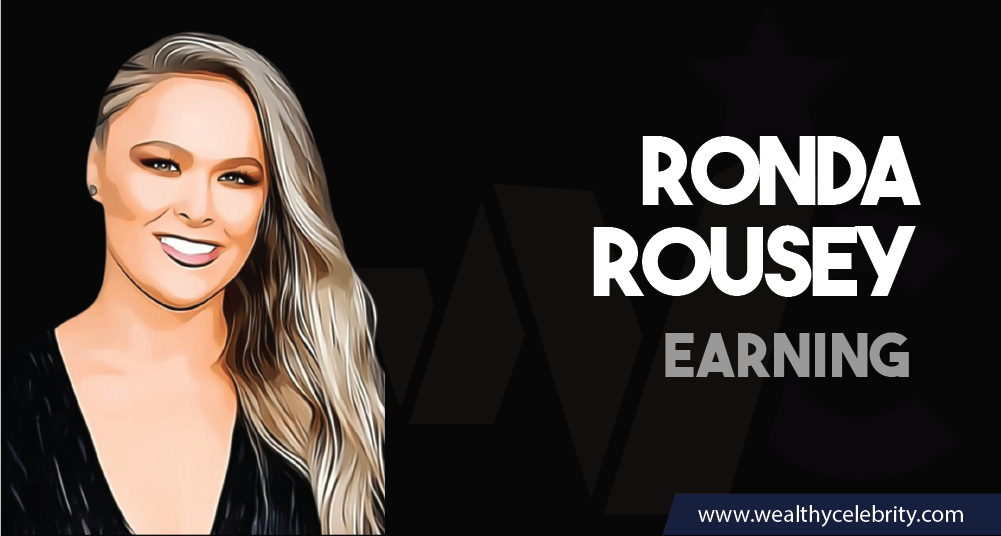 One of the most defining athletes of the 21st century, Ronda Rousey is the 2nd highest paid WWE diva. She is not only a professional wrestler, but also an actress, author, and had also been associated with Mixed Martial Arts (MMA).

Ronda Rousey is the first American woman to win an Olympic medal in judo. After winning a bronze medal in the Summer Olympics (2008 ), Ronda Rousey stepped into mixed martial arts (MMA) and won her debut brawl at MMA for King of the Cage.

Ronda Rousey has also set the record for most UFC title defenses by a woman. She has defended her UFC championship title a total of six times. The first upset in Ronda Rousey’s professional MMA career was when she lost her title to Holly Holm. Ronda Rousey is also the first-ever female wrestler to be inducted in UFC Hall of Fame.

Ronda Rousey has not only been a remarkable wrestler but also enjoyed fame as an actress and author. She has been featured in The Expendables 3 (2014), Furious 7 (2015), and Mile 22 (2018). The 33-year-old WWE diva released her autobiography titled My Fight / Your Fight in 2015. Her current salary is estimated to be $2.1 million. 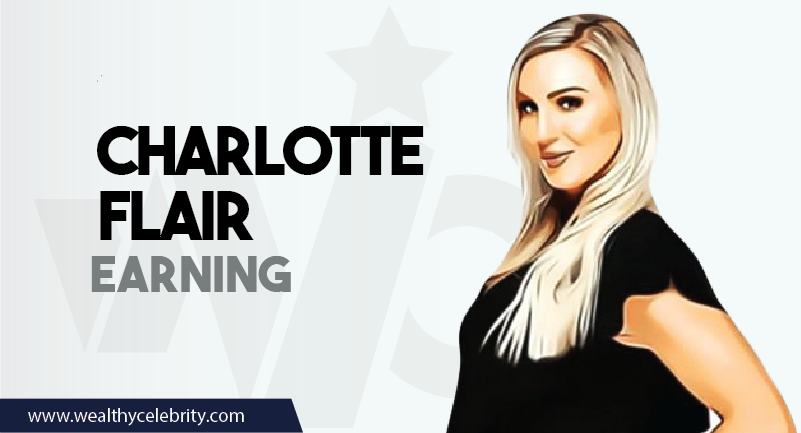 Charlotte Flair is the third highest-paid WWE female wrestler. Charlotte Flair is an American professional wrestler who has set a record of becoming a women’s world champion for a total of 12 times. She is not only a great wrestling diva but also an actress and author. Her current estimated salary is $1.1 million.

Charlotte Flair was declared PWI Woman of the Year and world’s top female professional wrestler in 2016. She is also the first-ever female wrestler to headline a WWE pay-per-view event. She unlocked this achievement in October 2016 alongside Sasha Banks. She is also among three women fighters having headlined in WrestleMania in April 2019. She shares this achievement with Becky Lynch and Ronda Rousey. 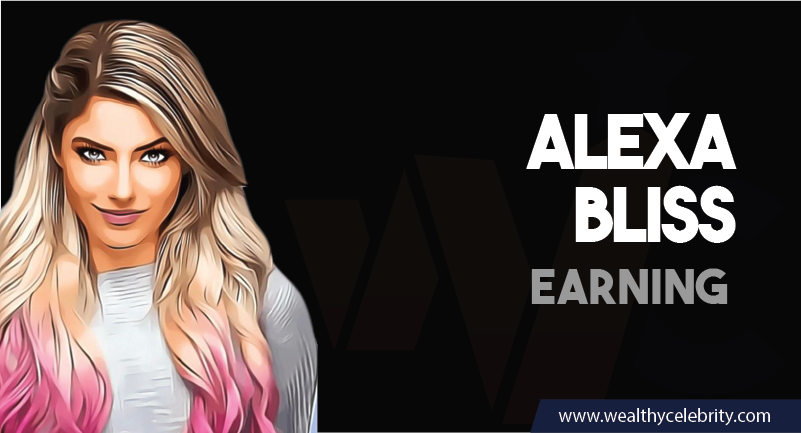 After joining the Raw brand in 2017, she became Raw Women’s Champion and held the record for a total of three times. After unlocking this achievement, Alexa Bliss became the first woman to win women’s titles both with Raw and SmackDown.

Her current salary of $0.35 million makes her fourth on our list of highest-paid female wrestlers. 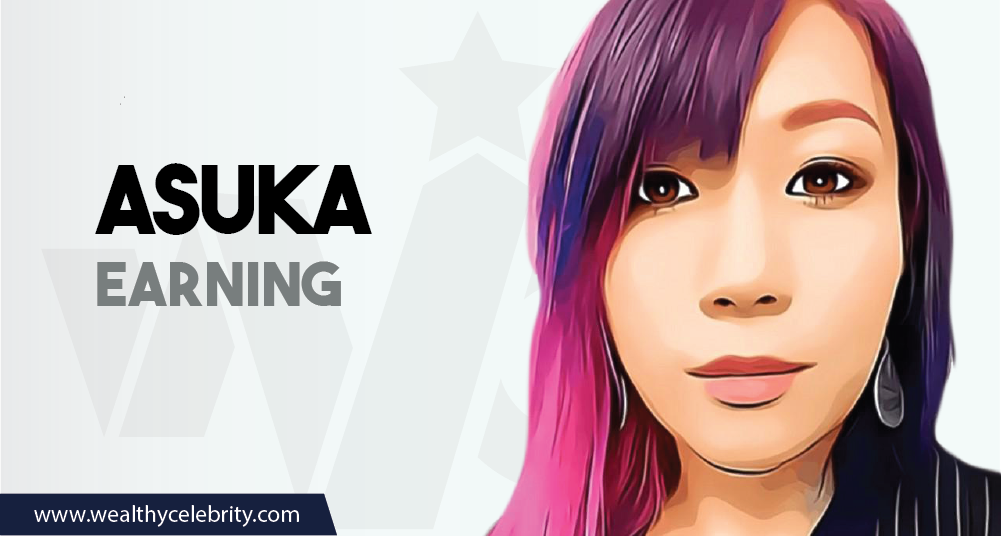 Asuka is not just among our top 10 female wrestlers but she has also worked as a freelance graphic designer and video game journalist. Asuka signed up with her own YouTube channel in 2019, named KanaChan TV. Having around 400,000 subscribers, Asuka’s YouTube channel mainly focuses on gaming and lifestyle content. Her current income is estimated to be at $0.35 million. 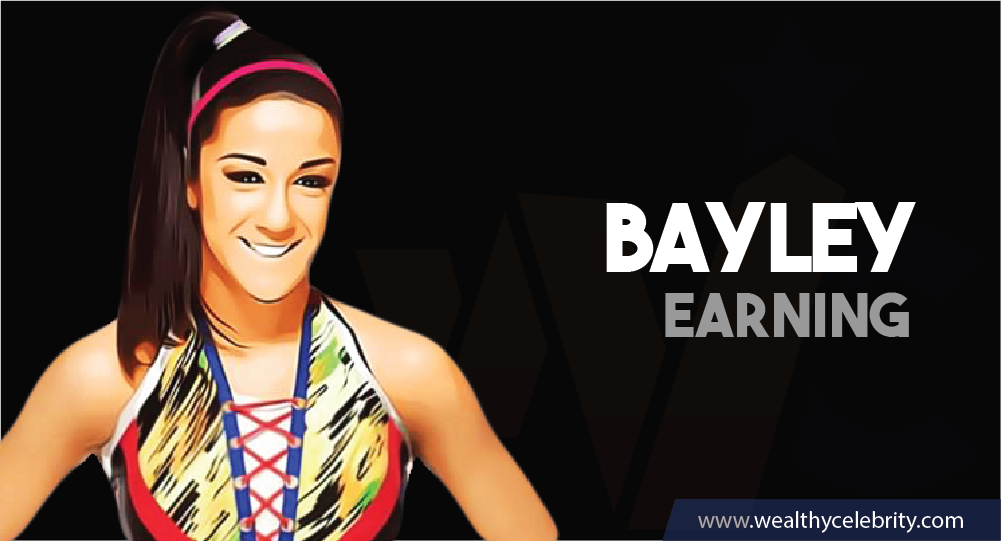 Next in our list of top 10 female wrestlers is Pamela Rose Martinez aka Bayley with a current income of $0.35 million. She is currently associated with WWE’s SmackDown brand. 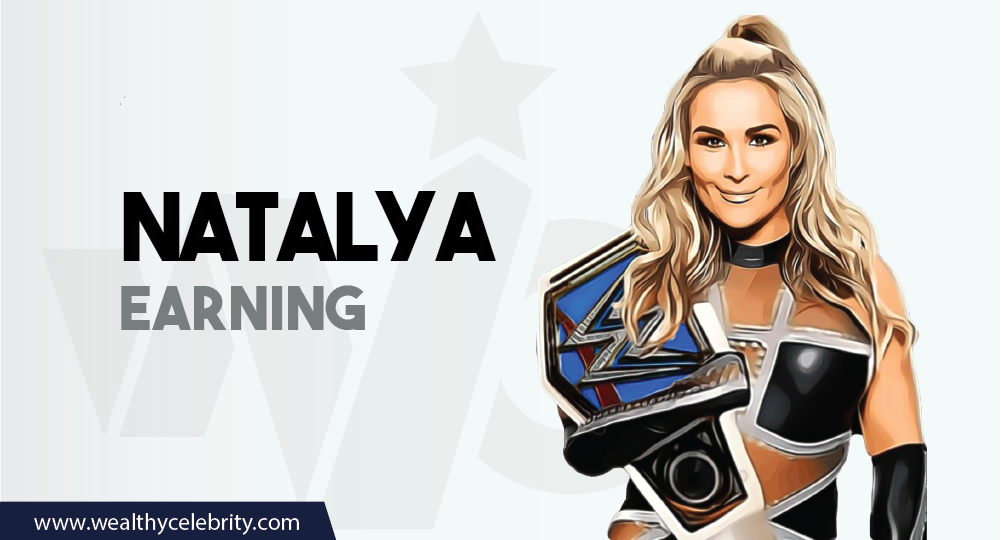 Natalie Katherine Neidhart-Wilson aka Natalya is a professional wrestler and columnist and among the highest-paid female wrestlers. She currently performs under WWE’s Raw brand. Natalya has held the SmackDown Women’s Championship title and Divas Championship title becoming a two-time WWE women’s champion.

Natalya was cast in the reality television series Total Divas in 2013 and has been the part of the series ever since. Natalya has also been writing a weekly column on her life and career since 2017.

Her current income is estimated to be $0.30 million makings her 7th in our list of top 10 highest-earning wrestlers. 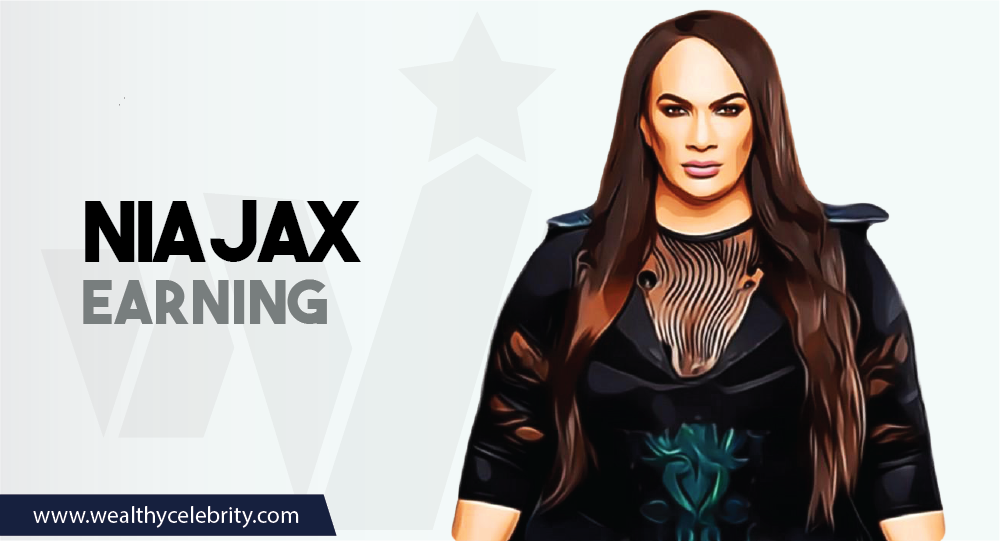 Savelina Fanene aka Nia Jax is ranked 8th in our list of highly paid female WWE wrestlers. She is an Australian-American professional wrestler and model. Nia Jax is currently associated with WWE’s Raw brand. She is currently sharing the WWE Women’s Tag Team Champions title with Shayna Baszler in both of their first reigns. She also holds the record of WWE Raw Women’s Champion.

Nia Jax’s current income of $0.28 million qualifies her for our top 10 list. 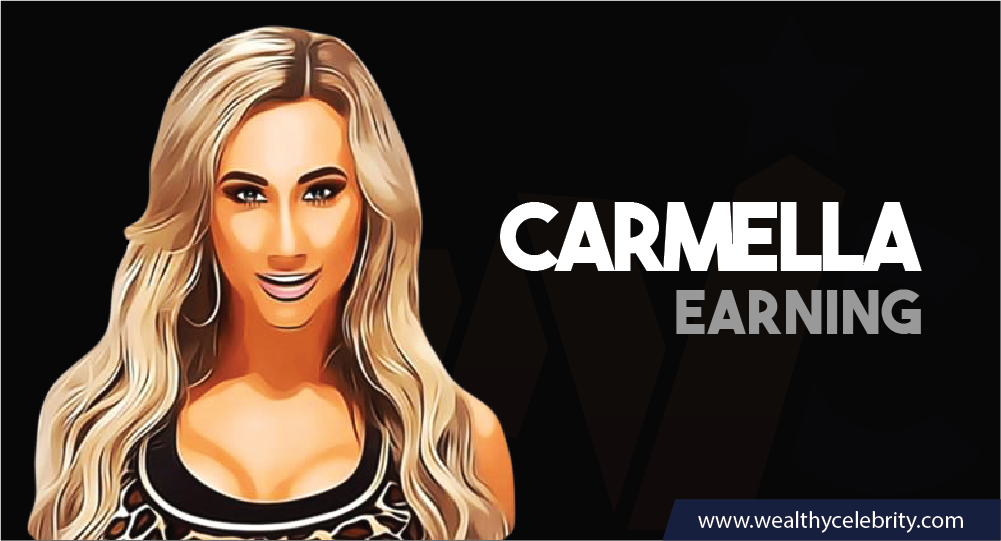 Carmella is currently the 9th highest paid WWE woman wrestler thanks to her variety of talents including professional wrestling, dancing, and modeling. She currently performs on WWE’s SmackDown brand.

Carmella won the inaugural women’s Money in the Bank ladder match in 2017 and became the first woman in WWE history to succeed at cashing her Money in the Bank opportunity. She unlocked this achievement by defeating Charlotte Flair and won the WWE SmackDown Women’s Championship. Carmella also holds the record of winning WrestleMania Women’s Battle Royal and the WWE 24/7 Championship both in 2019. 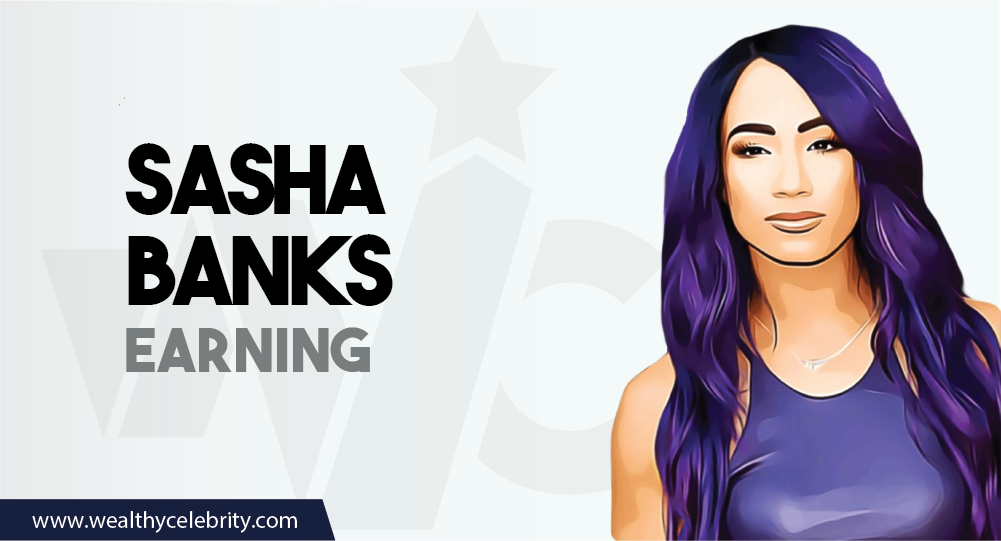 Wrestling might be Sasha Banks’ forte but she hasn’t just relied on the fighting sport. She has also been featured in multiple video games; i.e. WWE 2K17, WWE 2K18, WWE 2K19, and WWE 2K20. She has also been appearing in the mobile games named WWE SuperCard and WWE Mayhem.

The multi-talented diva will also make a guest appearance in the 2nd season of the series The Mandalorian.

Like every other domain of life, women are also breaking stereotypes in the field of wrestling and emerging stronger than ever. Which of our top 10 women wrestlers inspire you to not give up and come out stronger from the hardships that life throws on your way? Did your favorite WWE diva make it to our top 10 list? Let us know in the comments.

Becky is nothing when Ronda comes to WWE. I love her so much!

[…] early 200s season. She came under the media limelight for being trained by well-known Canadian and American professional wrestlers, and after a year, she signed a contract with “WWE Diva Search.” She played under the […]

[…] inches. She has risen into prominence and got media attention by becoming the wife of an actor and WWE Legend in the Wrestling “Big […]

First of all WWE is totally fake and then female wrestlers are even more hoax. I am big fan of UFC as at least its real.

As the name suggest, WWE which stands for World Wide Entertainment. Even their name suggest that its purely for entertainment purposes and now a days everyone knows about it but still love to watch these WWE stars. UFC is totally different world and few people find it really barbarous and not entertaining at all. Though our fav. fighter of UFC is Undefeated MMA Champion Khabib Nurmagomedov. Whos yours ?

Thanks for highlighting it. We really appreciate your feedback.

You were looking for highest paid WWE female wrestler? Did you get answer to your query? if not, let us know we will update the article with more detailed info.