Ekaterina Lisina is a famous Russian model, former basketball player, and woman with the tallest legs.

Height is a prominent feature of anyone’s personality. Of course, your appearance, attire, and behavior count, and people notice how you present yourself in a social setting. Nevertheless, being born at a tall height sets you apart from others.

Her tall height gets her an extra acceptance mark in highly competitive fields of sports, military, firefighting, and modelling. But what if that height makes you look like a giant around everyone? Right, pretty intimidating.

Born on October 15, 1987, Ekaterina is a former Russian basketball player. The universe has blessed her with a towering height of 6 ft 9in (2.06 m). That’s right and true. Despite this tall height, Ekaterina is a gorgeous woman with a curvy figure and an attractive face.

She is currently working as a model and successfully paving her way to stardom. Ekaterina has had a fruitful professional career as a basketball player. Ekaterina was in Russian National Team, from whom she took retirement in 2014.

See Also:  Who is Lanie Gardner? What's Her Age? Know Everything About Her

Ekaterina won a bronze medal at the 2008 Summer Olympics, a silver medal in World Championship 2006, and silver medals in the 2007 and 2009 European Championships. Besides these medals, Ekaterina received an honorary degree of master’s of sports from the Russian Sports Federation for her outstanding services as a basketball player.

During the course of her entire career, Ekaterina gave an impressive performance. Her unique height has bestowed her with the title of “tallest professional model” and “the woman with the tallest legs” by Guinness Books of Records.

Ekaterina was a holder of one other title of “the women having the biggest feet in Russa” by Guinness in 2018. However, the title for the woman with the tallest legs in the world has been given to another woman in 2020.

A teenager from Texas, the USA, named Maci Currin now holds this title. She is 6.10 ft tall, an inch taller than Ekaterina.

Ekaterina comes from a sports family. Her entire family has been involved with sports in some way or another. A few of her family members are players, while others have served Russia as coaches. Ekaterina’s mother played for the Spartak team, whereas her father had worked as a trainer for the national basketball team. 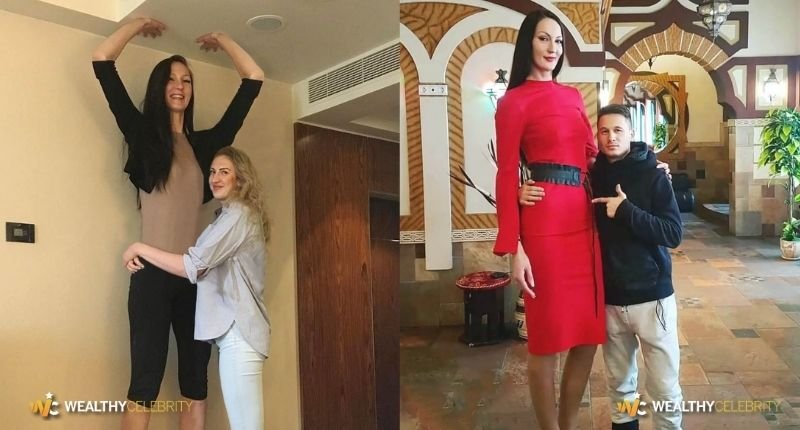 She Started Modeling After Retiring From Her Basketball Career 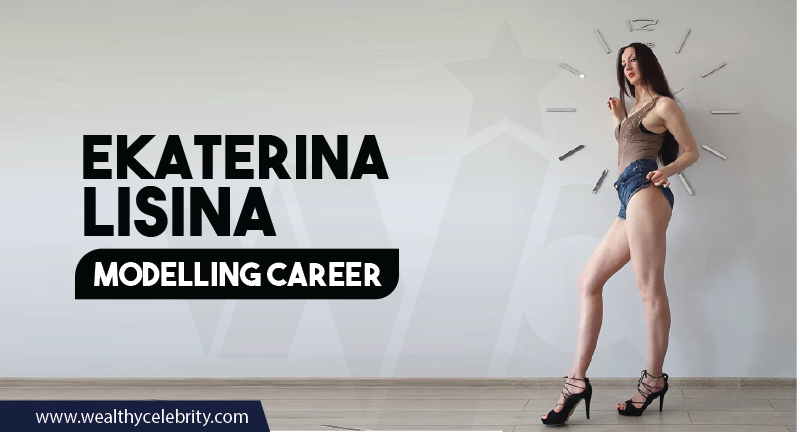 Ekaterina is the tallest professional model in the world. She started her modelling career right after retiring from professional basketball. Ekaterina has established a modelling company, “World’s Tallest Models,” through which she ires tall models from around the world. In an interview with The Sun UK, Ekaterina said that all the models hired by her agency have heights of around 6.3.

She is very popular as a model in Russia, partly because of her height but mainly because of her charming personality. Ekaterina is also pretty active on the TikTok app, where she has 500 followers. And reportedly, she has an estimated net worth of $1 million. And as per reports, the estimation of her net worth comes from her career as a model and basketball player.

She has one son with his former husband 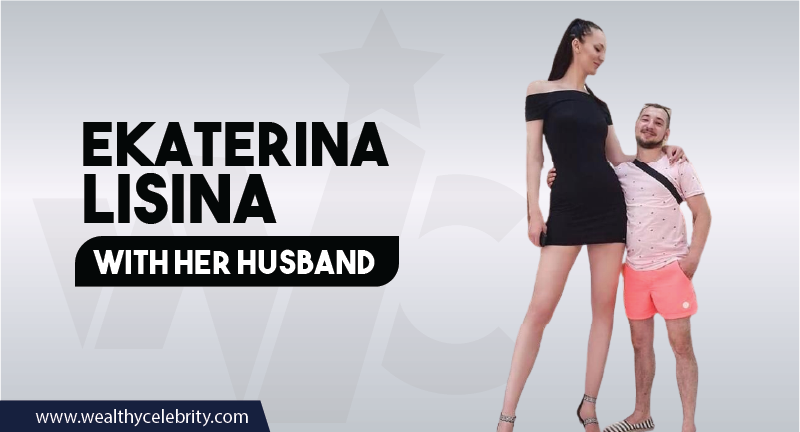 A Check Into Her Shoe Size 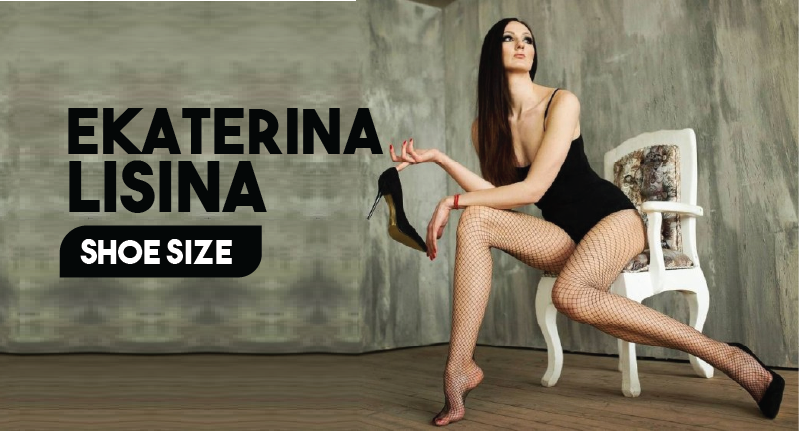 Ekaterina’s feet are 30.5 cm long. Her shoe size is 14 (US) which is 47th in the European size. She has also won an award for having the biggest feet among Russian women.

See Also:  What is Yuna Itzy Age? Know Everything About South Korean Singer

World’s Tallest Model Ekaterina recently revealed in the Private Talks podcast that she always finds it difficult to date anyone just because of her height. She said that boys always wanted to be either equal or more in height compared to their partners. But in Ekaterina case, her height cannot be met by any boy of her liking.

The two Guinness record holders further added that she’s fine to date anyone above 5’7″ as long as he’s not put off by her extravagant height.

Ekaterina Lisina’s shoe size is 14 as per UK standard.

Her Popularity on Google

Q: Who is Ekaterina Lisinia?

A: Ekaterina Lisina is a Russian model who got fame by her extraordinary height and is considered the tallest professional model worldwide.

Q: How much is the height of Ekaterina Lisina?

A: To be exact, Ekaterina Lisina is 6 feet and 9 inches tall that is around 2.6 metres.

Q: How many world records does Ekaterina Lisina hold?

A: Ekaterina Lisina holds two world records. She is recognised as the tallest model in the world and has a record for the woman with the longest legs.

A: She officially announced retirement from her professional basketball career in 2014.

Q: Does Ekaterina Lisina own a modelling agency?

A: She is a founder of a modelling agency that is known as “World’s Tallest Models”.

Q: How old is Ekaterina Lisina?

A: As Ekaterina Lisina is a fitness freak, she follows a vegetarian diet.

Girls like Lisina are role models for anyone who suffers from low self-esteem. We are all born with unique personality traits and physical features.

We should embrace our individuality and carve our own paths with dedication and hard work as Ekaterina has.

After successfully winning medals as a female basketball player, Ekaterina now holds the title of the world’s tallest professional model. She is the living example of the phrase, “when life gives you lemons, you make lemonade.” Ekaterina made good use of her towering height and garnered respect for her skills.

Now being a model agency owner, Ekaterina is transforming the lives of other tall models in the world. May she reaches more heights because the sky is the limit for hard workers.

What do you think about the Ekaterina Lisina height? Let us know in the comment box below.

How Tall Is Ryan Reynolds? His Height Compared To Other Famous Actors – Wealthy Celebrity

How Tall Is Emily Ratajkowski? Her Height Compared To Eight Other Models – Wealthy Celebrity

[…] know if it’s true or not, we decided to compare Emily Ratajkowski’s height with eight tall models from the industry. Take a look […]

She is absolutely fabulous and pretty tho...

[…] studies have made a compelling case that just like Ekaterina Lisina, Eugenia is the world-famous and fastest emerging girl due to her personality traits. Eugenia keeps […]

I'm so nervous don't know how to say, she's so beautiful