Elle Bielfeldt is a social media influencer, athlete, entrepreneur, and blogger. She became famous after marrying the renowned NBA player Meyers Leonardo. After the marriage, she became commonly known as Elle Leonardo. She has many followers on social media platforms and often does brand endorsement over there.

She currently has more than 1.3 million followers on TikTok and more than 112k followers on Instagram. Moreover, she is the founder of “Levels Food,” a food company. She is also CEO of Levels Food and co-founded a lifestyle apparel company that makes hats, hoodies, shirts, and many more. 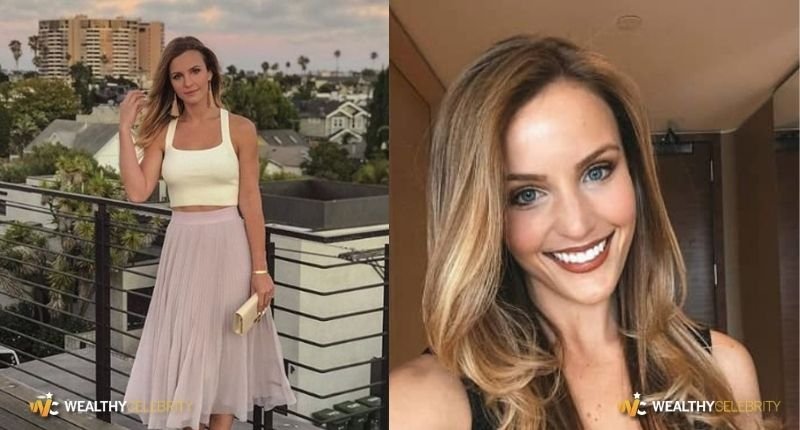 Elle Bielfeldt was born into a family of basketball enthusiasts:

Elle Bielfeldt was born on January 15, 1992, in Peoria, Illinois, America. Her parents, David Bielfeldt and Julie Bielfeldt, have four children; three daughters and one son. Elle’s sister is a volleyball player, and her brother is a basketball player. She went to Peoria Academy, and for high schooling, she studied at Peoria Notre Dame High School, Illinois.

After high school for graduation, she went to the University of Illinois at Urbana Champaign, Illinois. She completed her Bachelor’s degree in advertising; she was very good at her studies and passed her graduation with a GPA of 3.73. She also holds the National Basketball Players Association (NBPA) career summit certificate of completion. 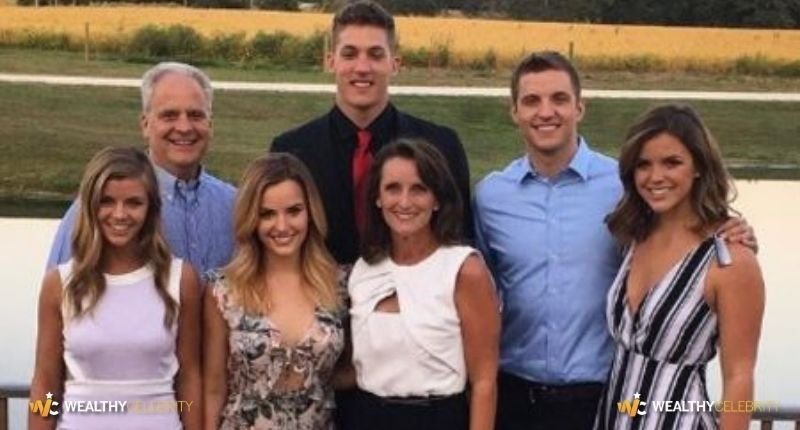 Elle Bielfeldt is 5 feet and 10 inches tall and weighs around 52kg. Elle is a fitness freak and goes to the gym and exercises daily. Elle Bielfeldt is 29 years old and is a co-owner of many brands.

She Met Meyers Leonardo While Graduating

Elle first met Meyers when she was in college. Luckily they were in the same college and studied a few courses together, after which they became friends and eventually started dating when she was 19. Their relationship continued for another four years, and finally, in 2015, they married. Elle and Meyers’s marriage has been going strong for seven years, and they recently gave birth to a beautiful baby boy, though the couple owns a pet dog named Koko.

A Check Into Her Career

Elle’s passion for basketball was inevitable because not only she but her whole family is very passionate about basketball. She started playing basketball when she was just in grade 3. She then became part of her High School girl’s basketball team. However, She was passionate about basketball but didn’t pursue it. Elle worked as a spin instructor for Burn Cycle from 2014-2018. She then switched from being an instructor to starting her entrepreneurial journey. In November 2017, she founded her own food company, Level Foods; she is also the company’s CEO.

In the same year, Elle started her YouTube journey and created her YouTube channel. All of this was not enough for Elle to stop; in 2018, along with her husband, she co-founded a lifestyle apparel brand named Meyers Leonard Brand, which makes hats, crewnecks, hoodies and tees, and many more. Elle also works as an advisor to Leonard Legacy Foundation.

Elle Bielfeldt’s first viral video was in 2019, of her playing horse basketball with her partner, Meyers Leonard. Unfortunately, Elle has yet to disclose her upcoming projects, but as things stand, she will be more actively posting on her social media platforms, especially TikTok. 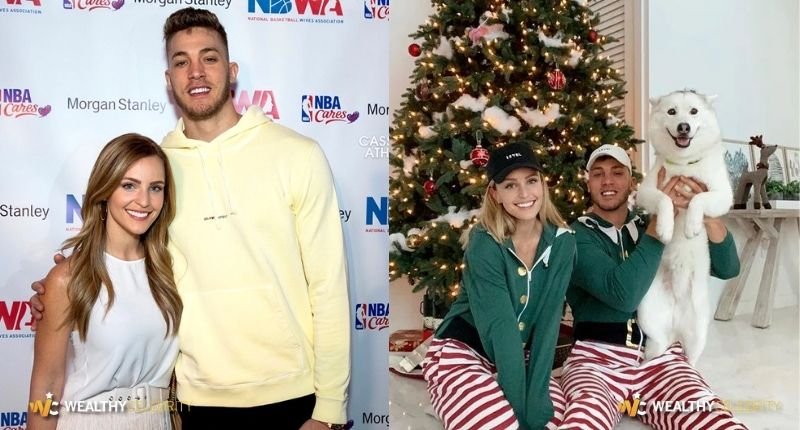 She is now a social media star:

Elle has gained significant popularity just because of her social media. She is present actively on every vital platform, whether Instagram or TikTok. For Instagram, you can easily find her by searching her username @elleleonard. Currently, she has over 112k Instagram followers; She posts pictures about her daily fitness life and family. Recently her feed has been all about her beautiful so; pictures and activities for Elle followers. Because of her following, she also does brand endorsements for big brands like Louis Vuitton, Supreme, Nike, and many more.

On TikTok, Elle has a massive following of more than 1.3 million followers. She regularly posts daily life videos, fitness, challenges, and family. Currently, her Instagram has over 59 million likes. She uses her social media to promote the fitness culture and inspires the young generation to follow a healthier lifestyle; She also promotes family culture by showing her joyful life with her son and husband.

Although she has her own YouTube channel with almost 30k subscribers, Elle Bielfeldt’s spouse Meyers Leonardo also owns a YouTube channel. Both of them post videos about their family time and life.

Elle Bielfeldt has a whopping amount of Net worth:

Bielfeldt has earned a good fortune by running her company, Level Foods, and other ventures. Right now, she is estimated to be worth around $15 million. She resides in a luxurious Miami beach house worth over $7 million.

Q: When Elle Bielfeldt got married to Meyers?

A: Meyers and Elle had been dating for three years before marrying on August 2, 2015.

Q: How old is Elle Bielfeldt?

Q: What is the net worth of Meyers Leonard?

A: It is projected that Elle Bielfeldt’s net worth is around $5 million.

A: No, but Elle is a basketball player who played for the Peoria Notre Dame girls' team.

Elle Bielfeldt is a profound and career-oriented example of women who get outclassed due to their husbands’ accomplishments. Women should pursue their dreams even after getting married and make their name in their circle.

What intrigued you the most about Elle Bielfeldt? Let us know in the comment section.