While everyone is putting up quarantine weight amid the coronavirus outbreak, our favorite celebrities’ endorsement of the keto diet to cut carbs is something to look forward to. Keto diet sometimes has magical results in transforming a person’s physique and overall looks. It has gained massive recognition and popularity in the past two decades and A-list celebrities and the likes of Kardashians and Adele have played a great role in doing so.

Contrary to the general opinion, celebrities’ life is pretty hard compared to common people. They often get bashed for their looks, clothing, and even weight gain. This is why they are always so concerned about their looks and go to all possible lengths to look presentable and fit all the time. When it comes to fitness, keto diet is very tough but is an effective solution to cut carbs and get in the shape you desire.

Ketosis is the ultimate goal of going ketogenic. While on a keto diet, a person eats all the fats and misses out on all the carbs, hence the body gets into fat-burning mode resulting in ultimate slim shape.

Many of our favorite celebrities from Adele to Kim Kardashian have adopted keto diet to cut carbs and get in ready-to-slay shape. The impressive ketogenic results achieved by stars like LeBron James and Halle Berry are a great motivation.

Here we have compiled the list of our top 10 most favorite celebrity keto transformations that will motivate you to go carb-less. 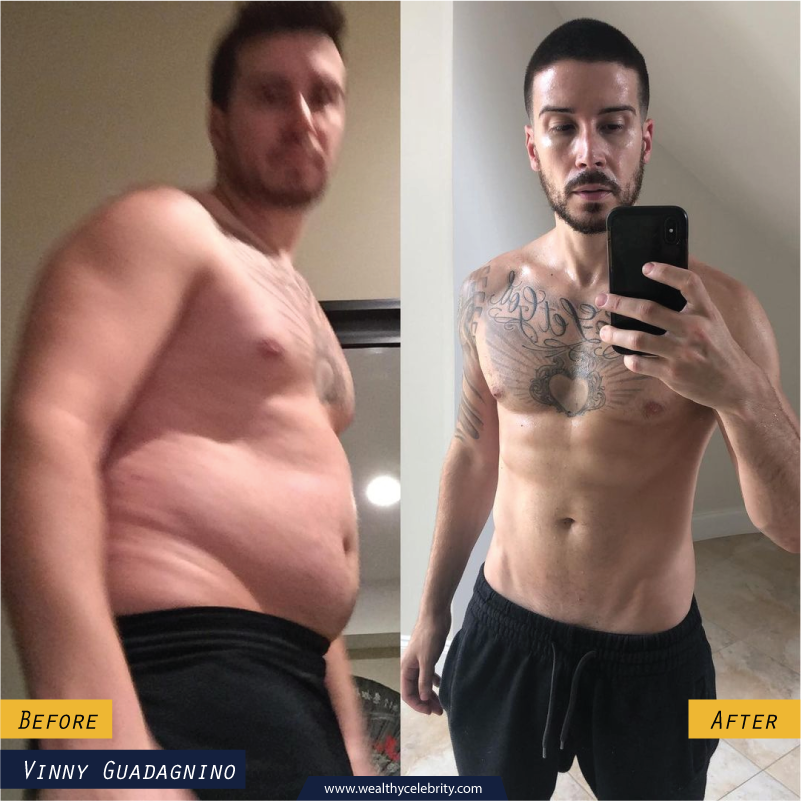 When we talk about ketogenic transformations, MTV’s Jersey Shore star Vinny Guadagnino undoubtedly tops the list. Vinny Guadagnino achieved amazing keto results after sticking to a strict keto diet as well as exercise. He shed a total of 50 pounds of weight and we are in awe. The story doesn’t end here. The Jersey Shore star went on to sharing his keto diet experiences, bits of advice, and transformations to motivate his fans and followers via his Instagram. The keto talk isn’t restricted only to his Instagram as he sticks to keto rules even on the sets of Jersey Shore. 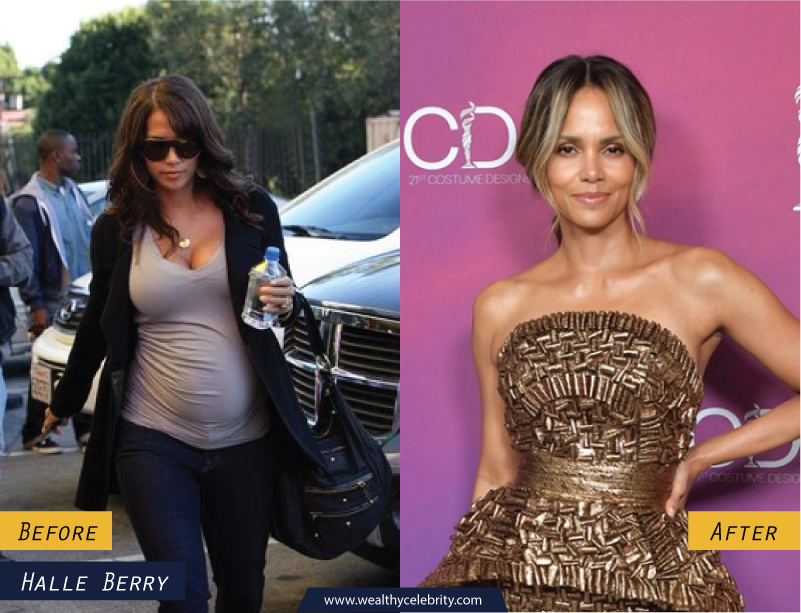 Halle Berry looks so amazingly flawless that you won’t believe that the former Miss USA pageant runner-up is 54-year-old. You heard it right! Halle Berry has maintained herself so well at such an age, all thanks to keto. The model turned actress has endorsed and adopted the keto lifestyle and it is helping her not only to remain fit and maintain her figure but also to fight her diabetes.

While talking in Live with Kelly and Ryan, Halle Berry explained her ketogenic routine saying it has “no carbs, no sugar and nothing white.” For the ketogenic routine to work, you just have to stick with all kinds of fats, cutting off all carbs including your favorite bread and other dairy products. You can even eat big portions of steaks, fruits, and veggies. 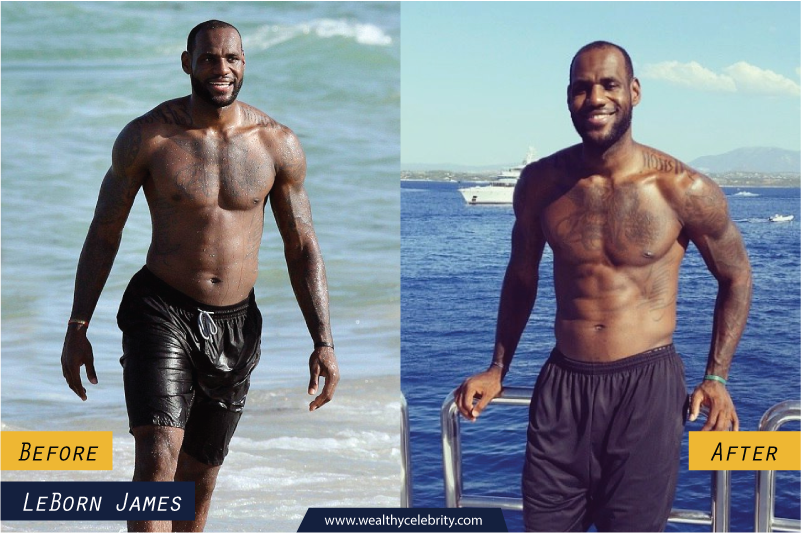 LeBron James has one of the most inspiring ketogenic transformation stories. The American athlete doesn’t follow keto religiously but he dubbed his 67-day diet routine as more of a ‘mental challenge’ rather than a ketogenic diet. It was back in 2014 when he dropped a ton of weight by cutting carbs and eating fat only. Remember when his ‘Skinny LeBron’ photo went viral? 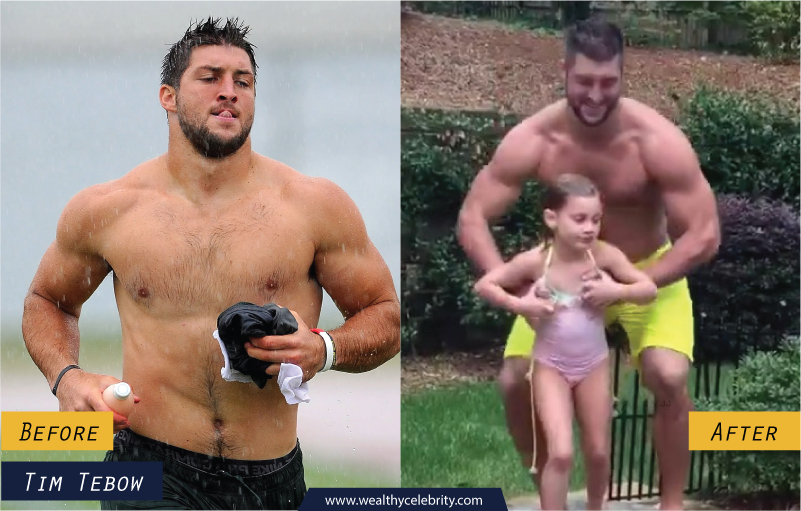 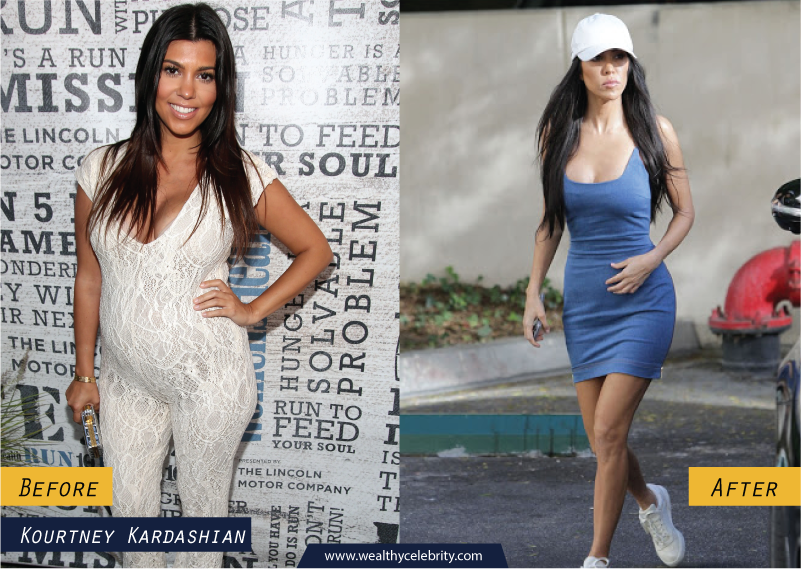 Can there be any trend and a Kardashian not following it? Nah-ah! The same happened in the case of the keto diet. Keeping Up with the Kardashians star Kourtney Kardashian had revealed her endorsement of the ketogenic diet saying it was a very positive experience for her. She had also shown interest in diving back into the keto routine.

Kim Kardashian had also dropped 60 pounds after the birth of her son Saint. She had chosen the Atkins 40 diet, a mild variation of the keto diet. Her post-partum weight loss story is inspiring. 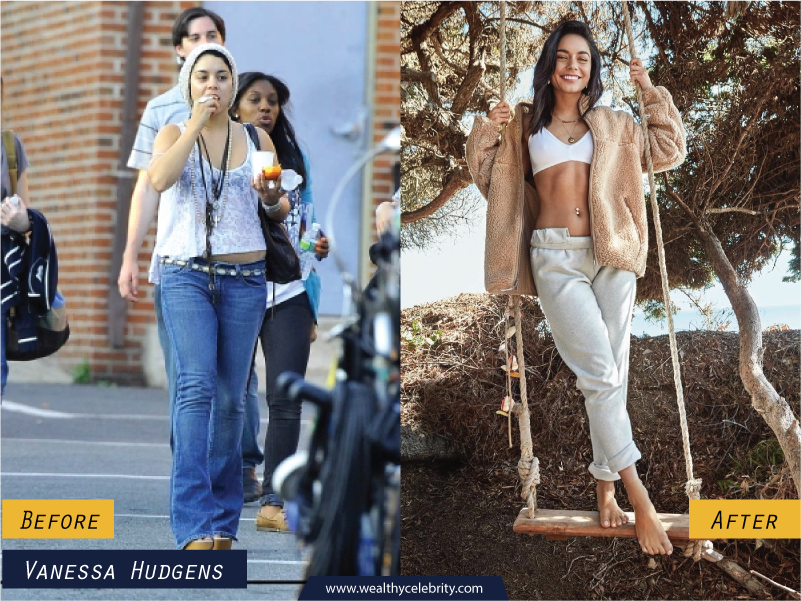 The High School Musical star Vanessa Hudgens dropped 10 pounds while preparing to appear on the Women’s Health cover. She lost 10 pounds only in one month by sticking to keto and cutting out carbs from her diet. Talking to Women’s Health, Hudgens revealed that eating carbs made her feel sluggish while staying on keto keeps her energy throughout the day.

Vanessa is also one of the famous celebrities on TikTok. 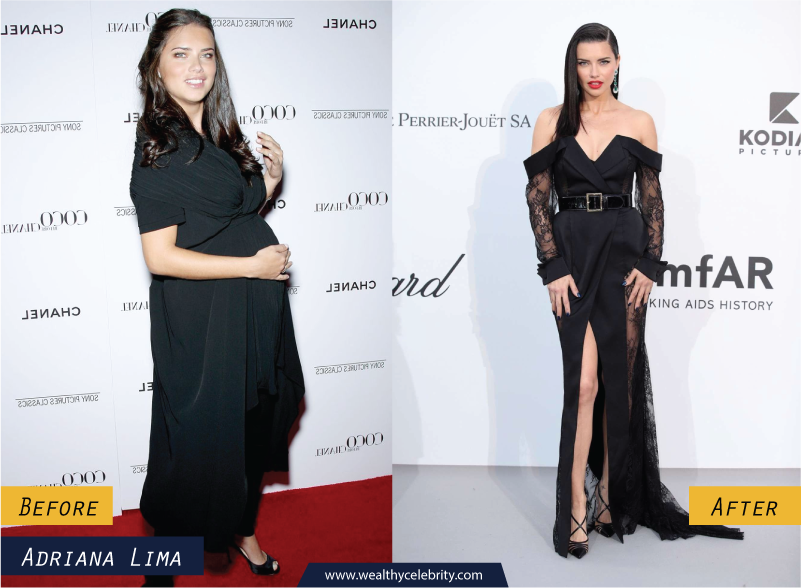 Adriana Lima only eats green vegetables and meat, mostly chicken with skin and bones, and you thought being a Victoria’s Secret Angel was an easy job. The Brazilian actress/ model sticks to a strict ketogenic routine along with 2 hours of exercise before Victoria’s Secret Fashion Show. Lima also avoids eating carbs in her daily routine as they make her feel swollen. She endorses keto like nothing else. Talking to The Cut, she said: “Definitely zero carbs for sure.” Lima has a ketogenic meal plan that keeps her healthy and active. If that doesn’t motivate you, what will?

See Also:  Who is Maci Currin? All About World's Longest Female Legs

Adriana is also listed in our gorgeous blue-eyed women’s list. 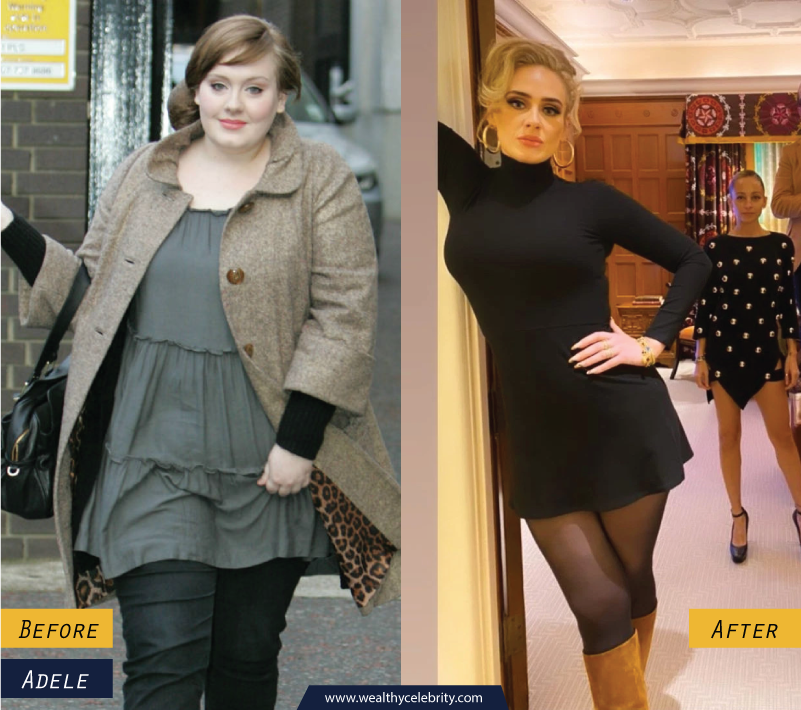 We all have noticed our favorite singer losing weight gradually over the past few years. Although Adele is very private about her life, we often see her slimming Instagram posts hinting at her weight loss journey. The pop singer, who had undergone vocal cord surgery, has been working out with a trainer to lose weight in addition to the diet.

Making her first mainstream appearance of the year 2020, Adele opened the Saturday Night Live saying, “I know I look really, really different since you last saw me.” According to reports, Adele has dropped more than 40 pounds over the past few years to get into shape and that is something inspiring. 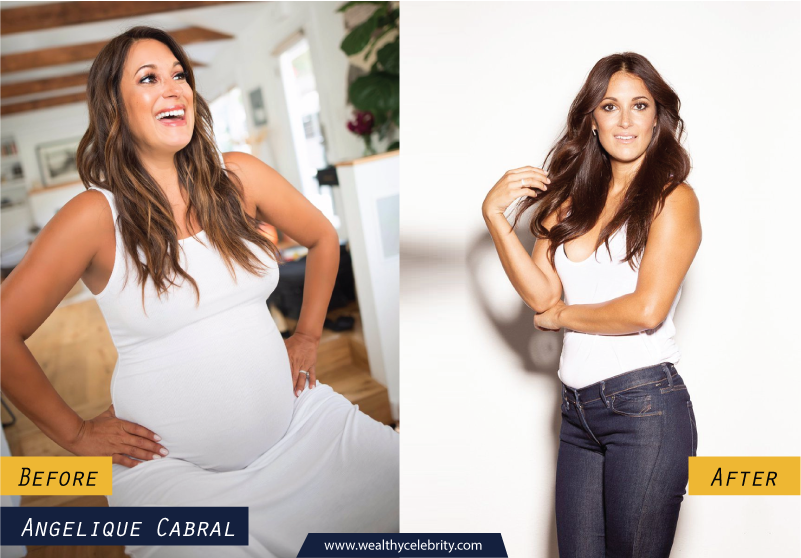 Angelique Cabral had been on keto without even knowing it. You heard it right! The Life in Pieces star revealed in 2019 that she had lost weight after cutting carbs and dairy from her diet. She had consulted with a specialist who had asked her not to eat carbs, dairy, and beans. She didn’t really know she was going keto but it worked for her and transformed her life. Now she eats meat, green vegetables, avocados, and more avocados! The diet has changed not only her body but her life as well. 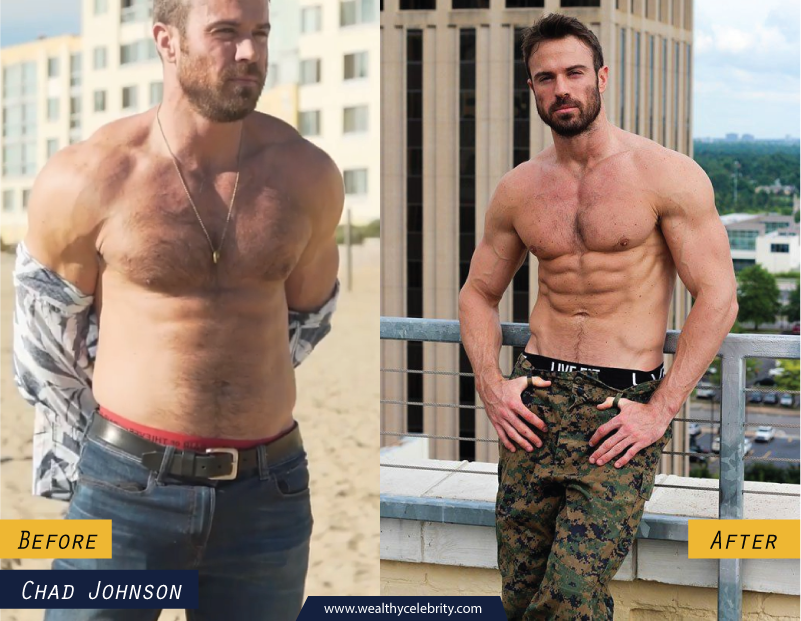 The ever so handsome Chad Johnson has a secret recipe to look so shredded with all the perfectly cut muscles in all his shows. The Bachelor in Paradise star eats a lot of fats and carbs and literally everything in his daily routine as it helps him gain muscles. But when the time comes to appear in a show, he goes full keto with suitable exercises hence getting in his desired shape. Interesting and impressive, no?

Chad says cutting carbs is the quickest way to lose weight as carbs give you energy, and if you lose carbs, fats burn themselves to give your body the energy it needs to function and you lose weight in the process.

The list goes on and on with more interesting keto stories, but let us break it here and ask you if you are going to try the ketogenic routine? Was this article inspiring? Are you planning to go keto and cut all the carbs from your diet? Let us know in the comments. Also, share your keto transformation stories with us!

[…] of his most shocking transformations was a nose job, which according to the audience, made him look like Chris Jenner. Moreover, Bobby […]

Truly an inspiring post. Their hard work, discipline and sacrifice are much appreciated.

[…] Pam is also one of those famous personalities who is counted on the celebrity keto transformations list. She had put on much effort to lose weight and currently her weight is 62 Kg or 136 […]