Have you ever seen your favorite musician singing so flawlessly and thought that they are blessed with such a beautiful voice? You might think singing is a natural phenomenon, and singers and music artists are just blessed with incredible voices and the fame brought to them by their voice; however, singing is a much more difficult job than you might think.

Over-singing, or going beyond healthy singing limits, has caused vocal injuries to many singers, causing them to lose their voice for good. Vocal injuries are mostly caused to singers who join the singing profession purely based on their talent and have not studied singing formally, which could train them to use their voice within healthy limits of vocal cords. However, there is no 100% guarantee that the trained singers can avoid vocal issues. Many trained music stars also face vocal issues, mainly because of excessive singing without resting their vocal cords.

There are staggering numbers of renowned singers who have encountered severe vocal issues over the past years and nearly lost their voice. Most of these vocal injuries were caused due to the singer’s vocal styles, including melisma, belting, and excessive use of superfluities on one sound. Some of these singers managed to avoid severe problems due to timely treatment, while many others lost their singing voices as well as career for good.

You might have noticed Adele, Sam Smith, and Elton John going silenced for good, but the list is much longer than that. Here we have put together a list of 15 famous singers who lost their voices forever (2022 List). 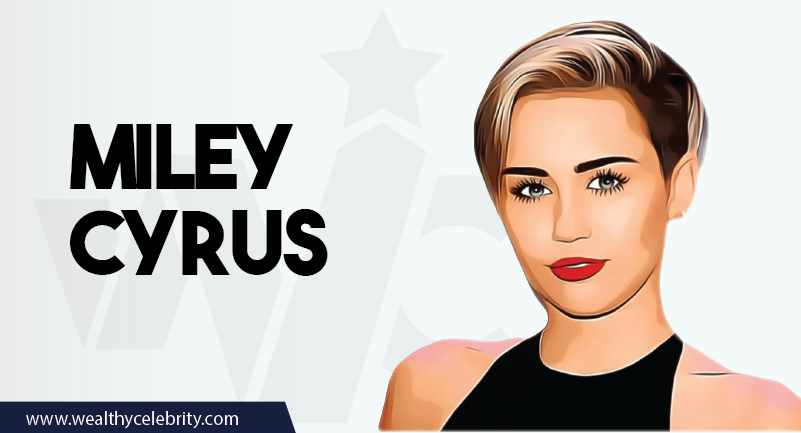 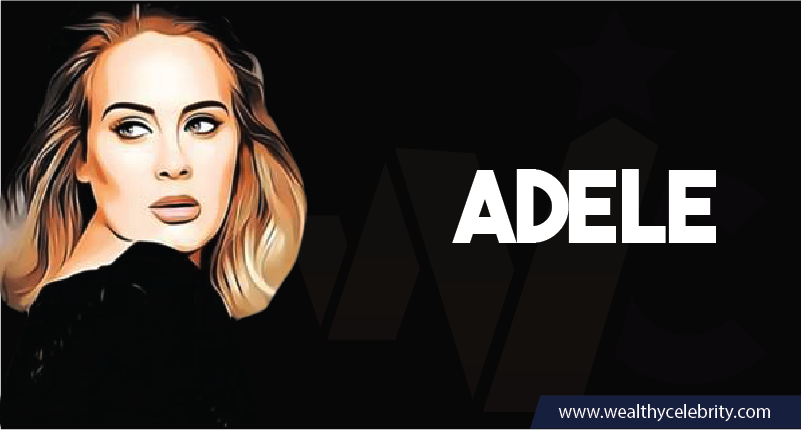 Adele suffered from vocal hemorrhage back in 2011 and had undergone vocal cord microsurgery. She had to rest her vocals for months while recovering from surgery. Still, She was able to resume her busy concert schedule after recovery that she had to call-off due to vocal problems, all thanks to Dr. Steven Zeitels for operating her vocal cords.

Vocal hemorrhage is a sensitive vocal issue caused mainly due to bleeding in lamina propria, a thin layer of tissues made-up of loosely arranged fibers that provide the vocal cords with the flexibility needed for vocal cords to vibrate while speaking. Adele’s vocal cord micro-surgery was designed to remove a minor tumor in her vocal cords to prevent bleeding.

It was again in July 2017 when Adele left a heartfelt note on Twitter, announcing to be unable to make it to stage for the concert as she had damaged her vocal cords again. She gave a thought to lip-syncing to her songs on stage but dropped the idea saying, “I cannot do that to you in a million years.”

In January 2020, the singer said she will make music again in 2020 after a break of 5 years since 2017 but might never tour again or perform on stage. Her vocal cords injury also led her to go complete;y out of the spotlight. 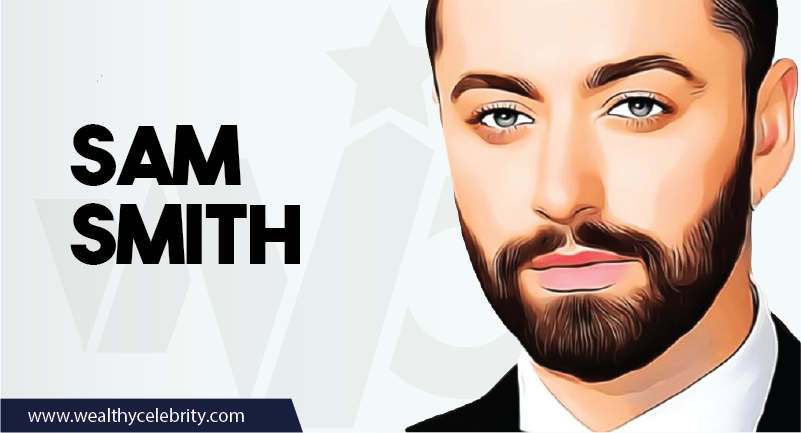 Sam Smith rose to the peaks of his singing fame in 2012 after getting featured in Latch, but the melodious singer had to encounter vocal cord issues in 2015, just at the beginning of his career. Sam Smith underwent a medical procedure to treat unstable blood vessels in his vocal cords, a delicate procedure that, if went wrong, could lead to severe issues. The blood vessels in vocal cords are so sensitive that if not treated carefully, a person could lose his voice for good.

Sam Smith had to go through such delicate times just at the beginning of his career, but luckily, his surgery was successful as his soulful voice was destined to reach more hearts. Sam Smith was operated under Dr. Steven Zeitels, the same medic who treated Adele’s damaged cords and saved her voice for her thousands of fans.

In 2019, Sam Smith faced issues in his vocal cords and had to call-off many scheduled singing events. It was an adamant time in his life as he had hysterically started fearing for his voice. Although he is stable now and has released a bunch of songs in 2020; Dancing With a Stranger, Temptation, and I’m Not The Only One, to name a few.

While speaking in different interviews, Sam Smith has expressed gratitude for his vocal cord surgery that saved his voice as well as his blooming career. 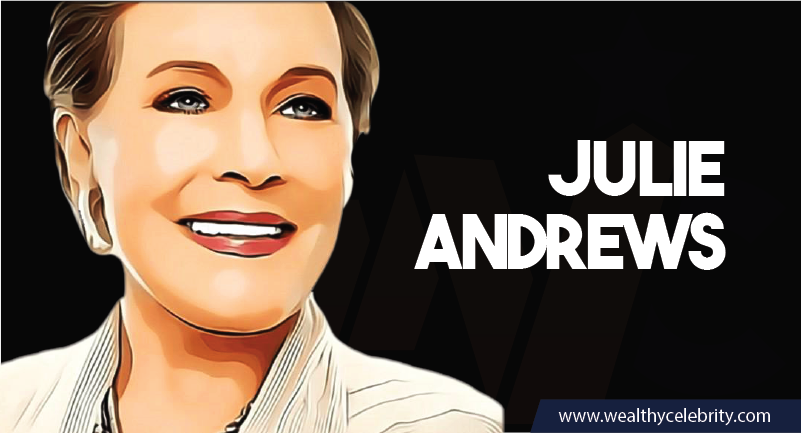 Of all the singers who faced vocal cord issues, even the singing legend of Julie Andrews couldn’t escape the disguise. Julie Andrews suffered from throat nodules, callous-like growths in the vocal folds that make the voice damaged and scratchy. Julie Andrews’ surgery in 1999 to treat her throat nodules went wrong, ending her golden career of singing for good.

Julie Andrews blamed her surgeons for her condition as she lost her singing voice for good, and her speaking voice was poorly damaged after the disastrous surgery. Doctors initially pacified Julie Andrews by telling her that the condition was temporary, and her voice would be normal within weeks, however, she continued facing problems for 2 years and ended up contacting her lawyers to pursue a case against surgeons.

Julie Andrews had four surgeries that restored her speaking voice to normal but her singing voice is still a mess. 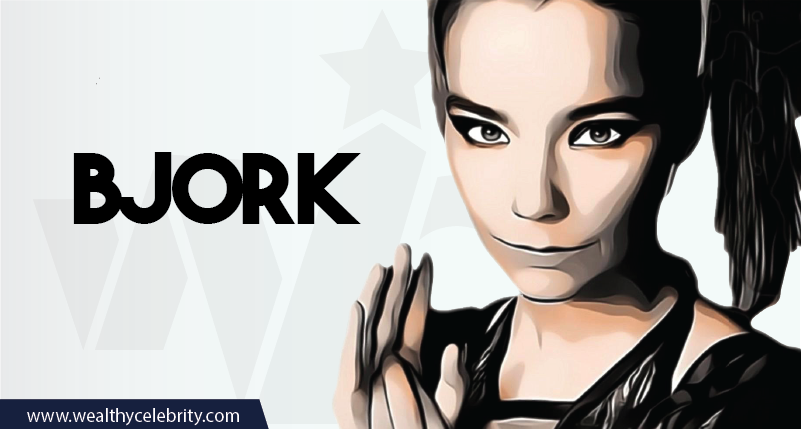 Like other singing superstars, Bjork also had to cancel shows in 2012 as the vocal cord nodules detected four years ago in 2008 had started affecting her singing voice. Bjork initially tried to manage her vocal cord nodules naturally with stretching techniques but in no vain. After four years of trying out natural remedies, Bjork eventually got laser surgery in 2012, followed by three weeks of silence to rest her vocal cords. She later told fans in a social media post that her vocal cords are as good as pre-nodule after the surgery.

Bjork’s successful vocal cord surgery was a blessing indeed as she was able to sing all notes clearly, and she admitted that surgery rocked in her case. 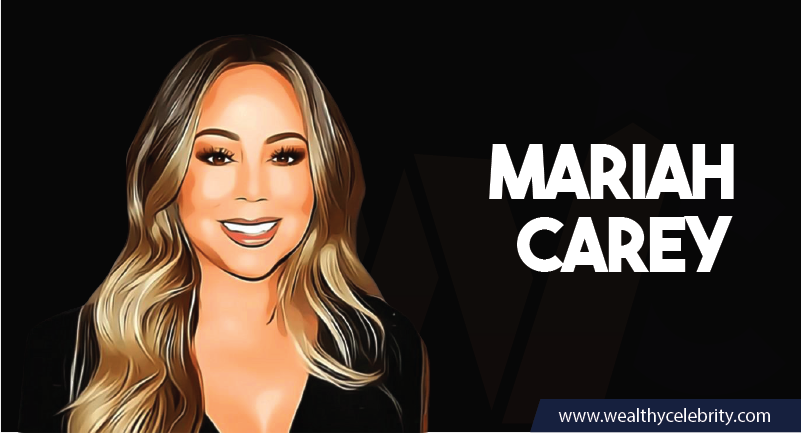 Unlike other singers, Mariah Carey had developed vocal cord nodules since childhood modeling her voice for the remarkable singing career. The opera singer even thanked her vocal nodules for making her able to hit the whistle register notes. Although she had been treating the nodules with natural remedies and techniques, her vocal cords couldn’t bear her over singing routine for long, and that is why her vocals are not the same caliber as they were in the 1990s, the prime time of her career. 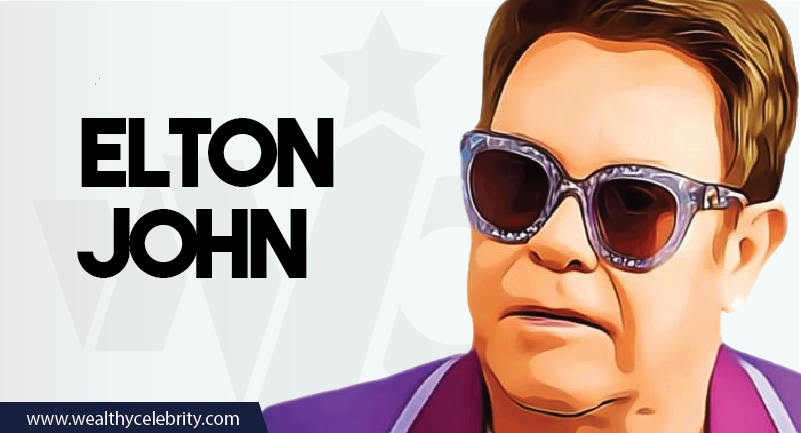 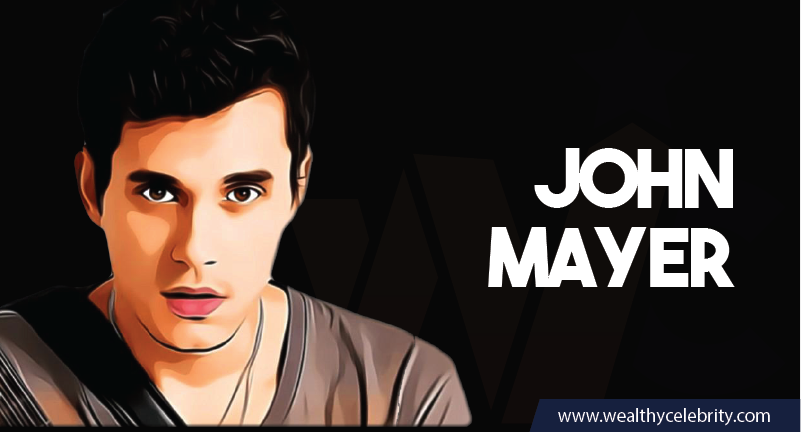 John Mayer was diagnosed with vocal granuloma, polyp growth on vocal cords resulting from irritation in the throat, and underwent surgery in October 2011 to treat the vocal issue. 2011 and 2012 proved to be tough years for John Mayer’s singing career as he was unable to sing due to his vocal cords. The first round of his vocal cord surgery to remove the polyp was carried out carelessly, leaving John Mayer more miserable than before. However, the second round of John Mayer’s vocal cord treatment was successful but less conventional and a lot more painful. John Mayer got Botox injected into his throat that paralyzed his vocal cords, giving them time to heal completely. Botox treatment worked like magic, and John Mayer was back on stage singing and performing in 2013. 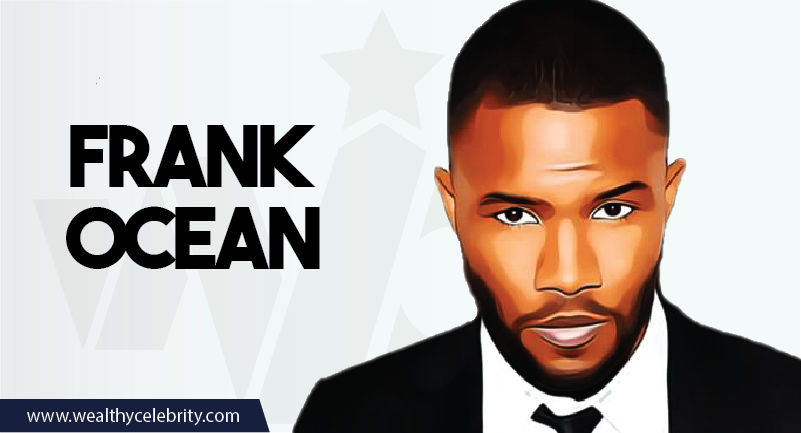 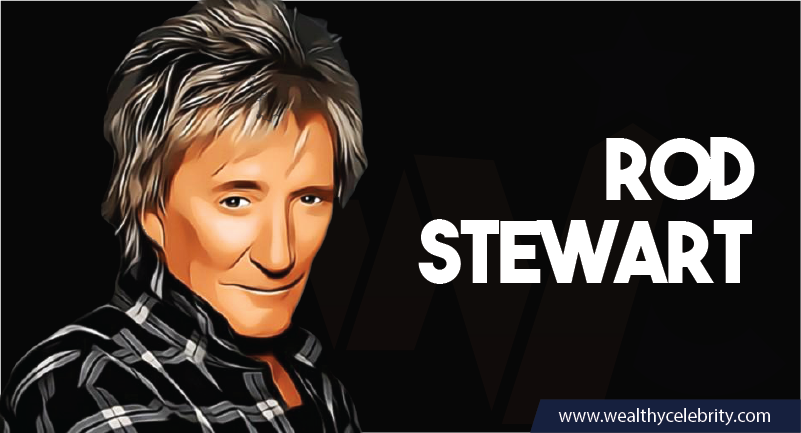 Rod Stewart suffered from throat cancer in 2000 and lost his voice for almost a year. He battled not only the throat cancer but also the stress that lingered on him. He spent his post-surgery phase fearing and wondering if he will ever get his voice back.

Rod Stewart’s doctors told him that he would be fine in six months, but his voice wasn’t back even after nine years that left him in a frenzy. After the emotional suffering of nine months, Rod Stewart’s voice came back finally, and only then he was able to sing again. 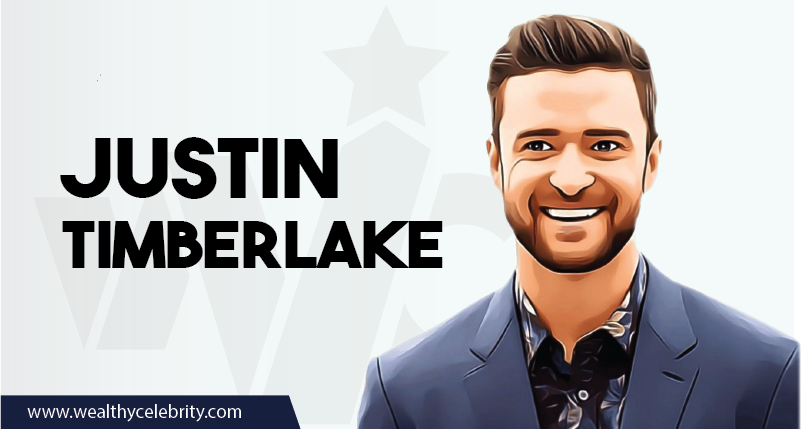 Justin Timberlake suffered from vocal cord nodules, non-cancerous growths on vocal cords, back in 2005. He underwent nodulectomy treatment to get the nodules removed, but he continued to experience troubles with his voice. Owing to persisting vocal cord issues, Justin Timberlake also had to cancel several commitments in 2018. 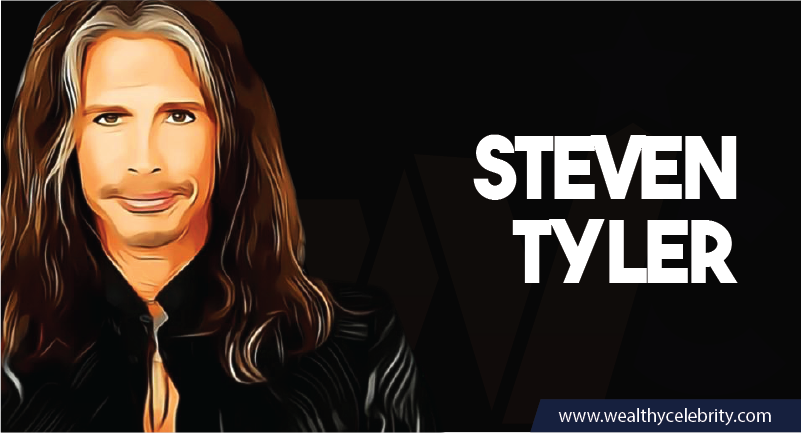 Luckily, Steven Tyler’s vocal cord surgery was successful, and he was performing again within a few months. 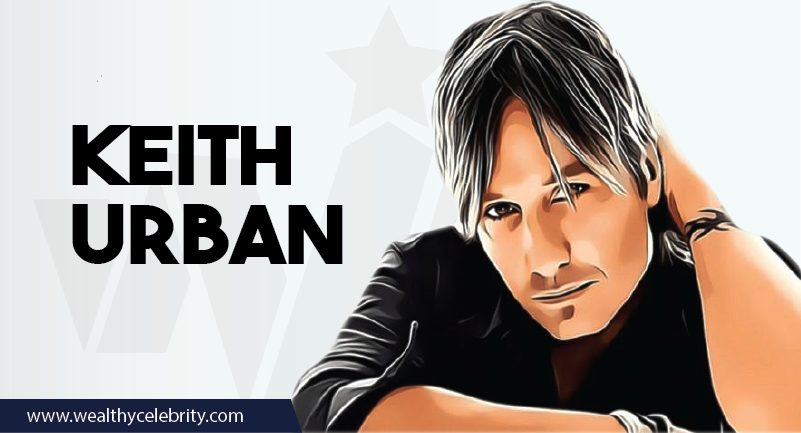 The country musician Keith Urban suffered from vocal cord polyps back in 2011. During the 2011 Get Closer World Tour, he had an intensive singing schedule, which resulted in the unfortunate growth of polyp on his vocal cords.

Keith Urban didn’t show any carelessness towards his vocal cord issue and immediately postponed all of his upcoming commitments. He then got his vocal cord polyp treated and removed surgically. After the successful vocal cord surgery, Keith Urban had to rest his vocals for a short period of three weeks. He was able to pass this challenging phase of his life due to his fans’ love and support, and he was back to singing after complete recovery. 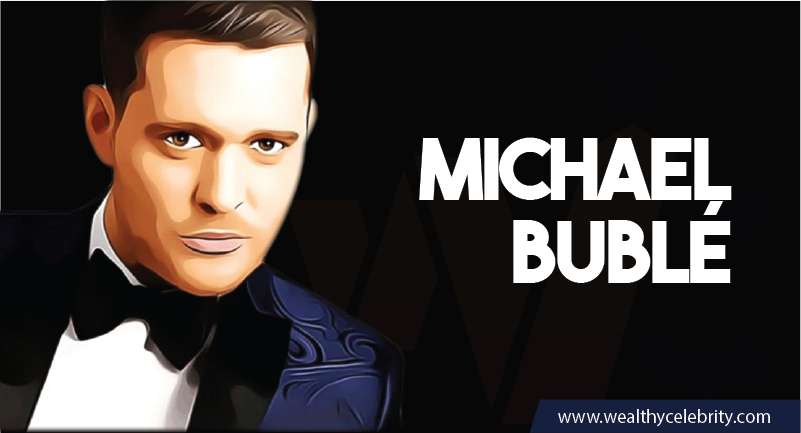 It was a challenging phase in Michael Bublé’s life as he feared losing his singing voice permanently in case of a mishap during operation. Fortunately, his surgery was successful, and he was singing again after resting his vocal cords for a short period. 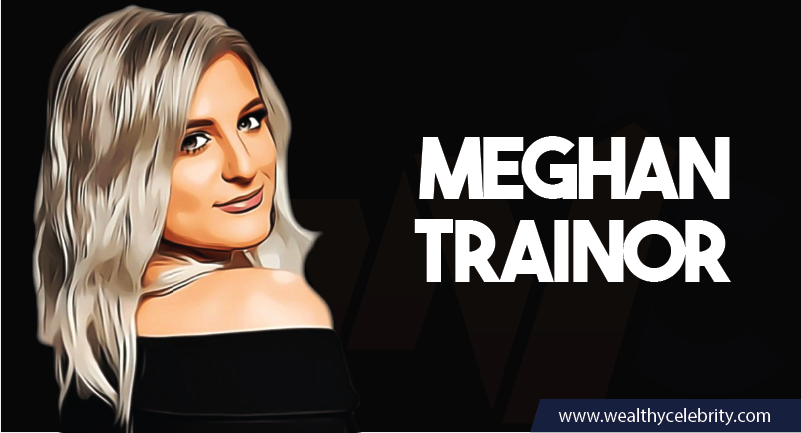 Meghan Trainor revealed in The Ellen Show in 2018 that she was again suffering from vocal hemorrhage and had to get operated again. She went through this challenging phase of her life smoothly, this time with the support of her boyfriend, Daryl Sabara, who learned sign language to communicate with Meghan Trainor while she was on vocal cord rest.

Have you ever noticed a change in the voice of your favorite singer or wondered why your favorite musician suddenly postponed a concert? Let us know your thoughts in the comments section.

[…] Gardner is an American-based social media star and singer. She is best known for covering songs of famous American and British singers, including Sam Smith, […]

[…] you guys discovered above, Katelyn Jae Brown is the wife of the famous American singer – Kane Brown. The couple decided to exchange wedding knots back in 2018 at Mint Springs Farm […]

[…] Malone is an American-based rapper, singer, songwriter, and record producer. He is best known for blending different music styles in his […]

[…] about his family – as we mentioned-above Tacoma Simmons is the son of the famous singer and actor DMX and his ex-wife Tashera Simmons. Moreover, he has five siblings, and their names are […]