From being a Vine star to becoming one of the most controversial YouTubers of all times, Jake Joseph Paul, born on January 17th, 1997, is an American social media personality having vast interests in comedy, boxing, acting, and lastly, content creating on YouTube – being his major source of earnings.

Jake Paul started his career on Vine with his elder brother, Logan Paul, famous as his brother, hence becoming a packaged deal.

In one of the interviews of Jake Paul with Business Insider, he has referred to himself and Logan as bad wolves that have a pack who wants to see them fail.

It is true that little controversy gets people interested because, as per Forbes, he became 7th world’s highest-paid YouTube star of 2017, and 2nd highest paid in the subsequent year. That being said, the net worth of Jake Paul in 2023 is estimated to be $20 million.

Jake Paul, who is often referred to as the problem child, has been active on the social media platform since 2013. Jake had gained immense support from his comic videos on Vine. By the time Vine dissolved, Jake Logan had 5.3 million followers with total views of 2 billion on his videos.

He then embarked on a new journey by joining YouTube in 2017 and becoming a Vlogger. He has more than 20 million subscribers on his YouTube channel that goes by his name: Jake Paul.

If you’re one from the loyal pack, then the following details, including Jake’s net worth, might be of interest to you: 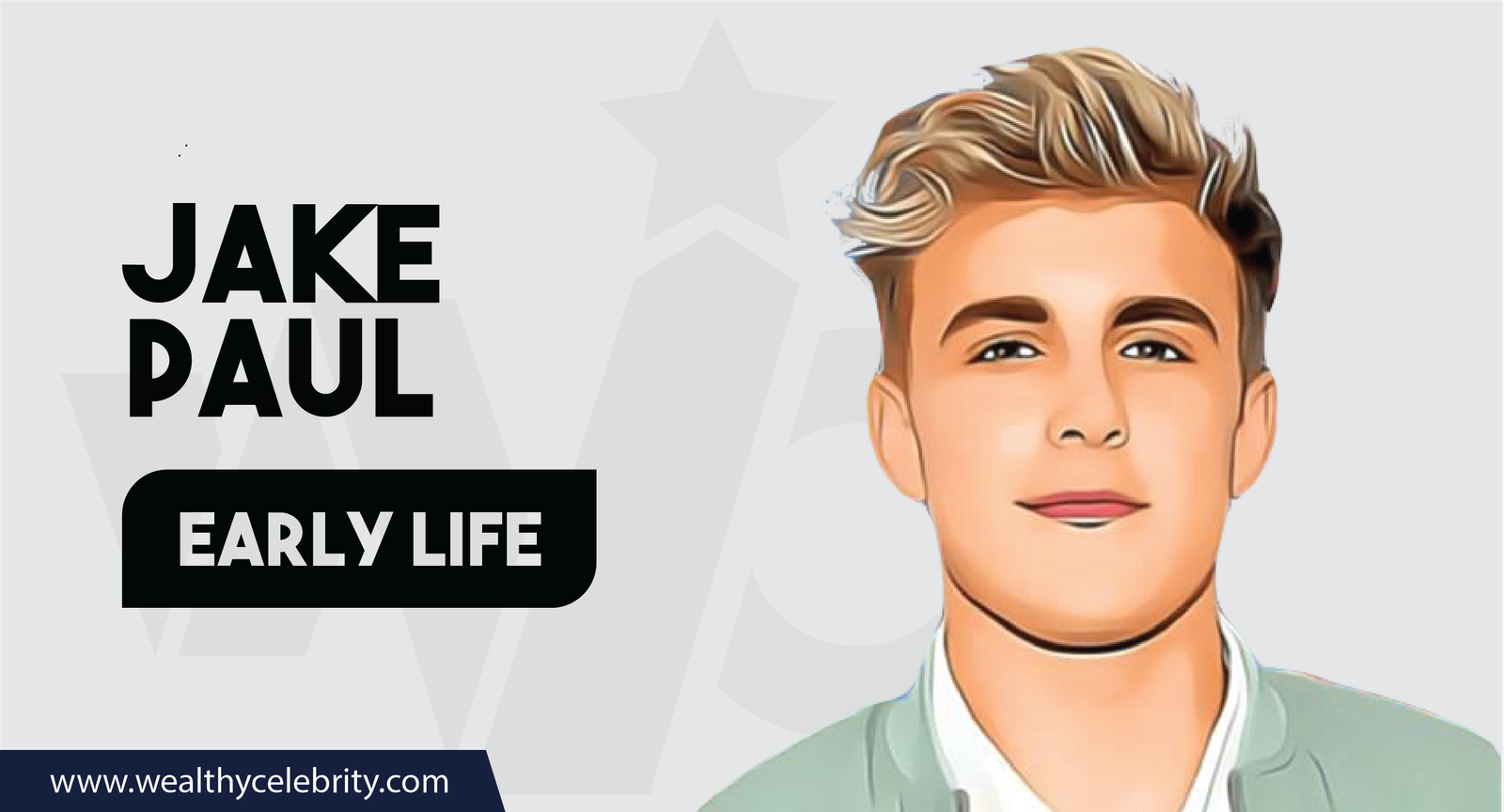 Jake Paul is a middle and problematic child of Greg Paul, who is a realtor, and Pam Stepnick, who has worked as a nurse at Westlake Surgery Centre. Jake, a Capricorn fellow, was born in Cleveland but grew up in Westlake, Ohio, along with his elder brother Logan Paul. Following his elder brother lead, he started his Vine career at the age of thirteen, long before graduating high school. Jake then continued to make videos on Vine till 2017 until the application discontinued, sending off many Vine stars, including Jake Paul, to YouTube. 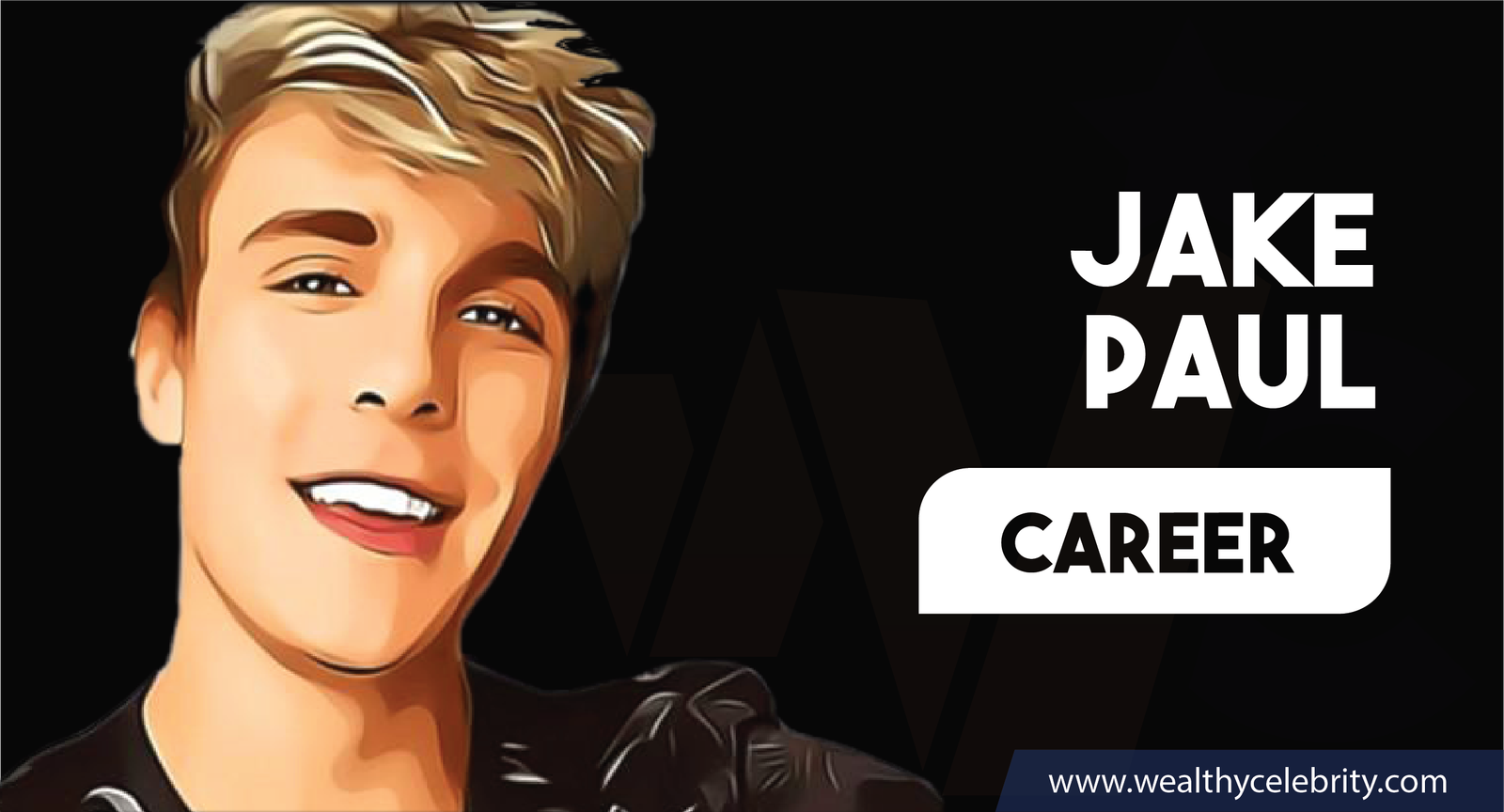 Upon joining Vine in 2013, Jake, with his wit, managed to gain 2 million followers within a span of eight months or so. Due to his popularity, he was then approached by Disney Channel in 2015 for the role of Dirk Mann in a sitcom, known as Bizaardvark, which he wholeheartedly accepted.

Jake continued to portray the role of Dirk Mann for two years (2015 – 2017) until he and the channel both decided to part mid-way on mutual agreement. However, the word has it that Jake Paul was fired by the channel because of his atrocious personality, as many complaints were filed against him by his neighbors for wild pranks, parties, and awful fire hazards. In addition to this, the situation went berserk when he posted his address on social media – an act that gathered a massive crowd of his young fans and media coverage, therefore eventually disrupting his neighborhood.

It became one of the reasons for Disney Channel, who no longer wanted an association with Jake, to fire the vine star turned controversial personality, as confirmed by Jake Paul himself in an interview with The Hollywood Reporter.

Following the saga, Jake Paul invested in his creative marketing agency, which goes by Team 10. Team 10 is allegedly a social media platform set out to promote teen entertainment, and Jake himself leads it. With a newly made agency, Jake embarked on his journey on YouTube and launched his first music video: It’s Everyday Bro! Although the music video gained more than 70 million views in one month and became the third most disliked video in 2017.

Even as of now, the ratio of likes to dislikes is awfully disturbing: 3 million: 5 million, and this video is on 8th number in terms of most disliked ones. His content was often considered inappropriate for a young audience.

Lastly, Jake Paul made his boxing debut earlier this year and won a match against Ali Eson Gib in Miami. In July 2022, the second bout of professional boxing was announced. However, the event is more likely to occur in November now. 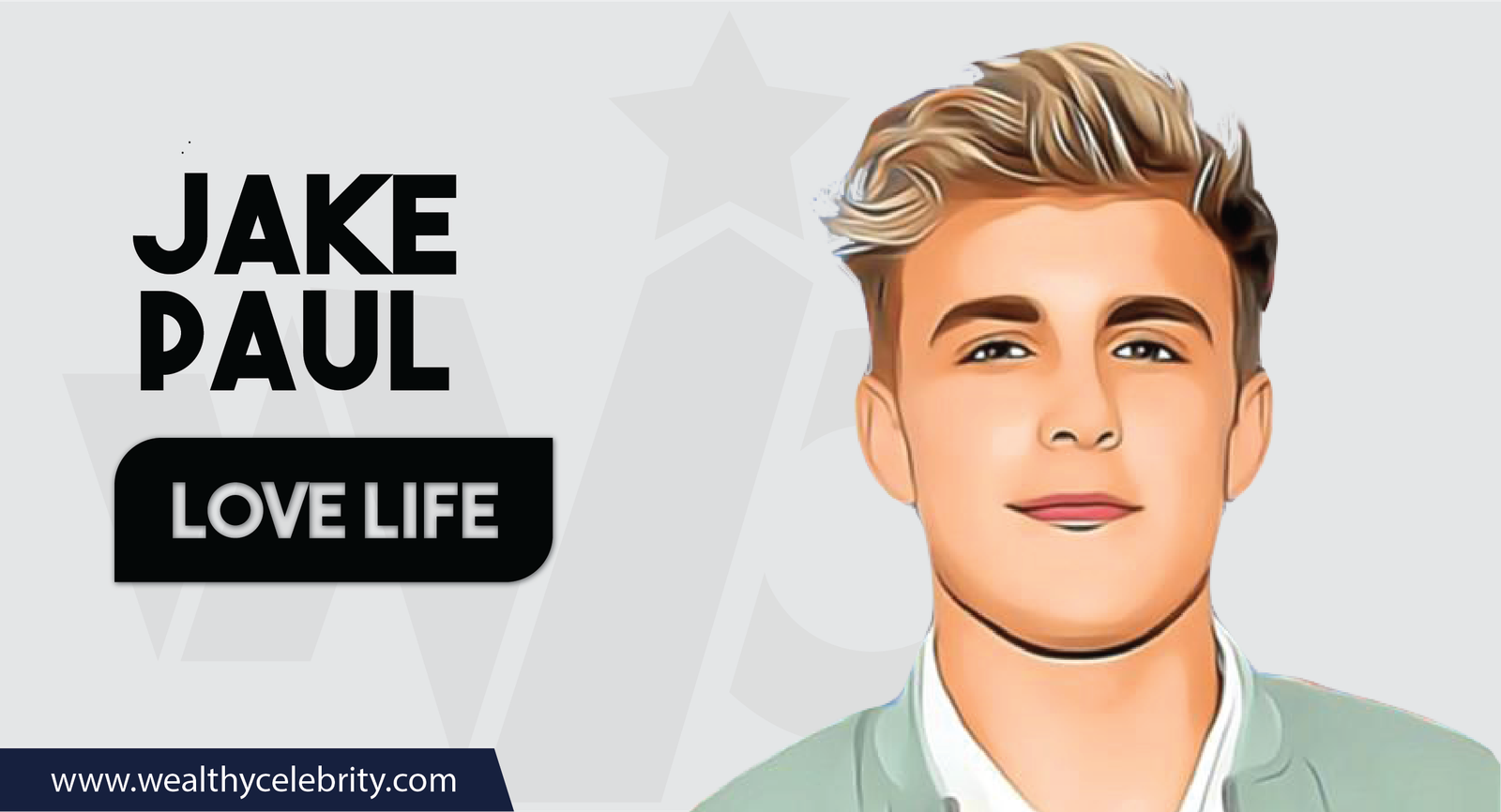 The love life of Jake Paul is as controversial as his career. He is known to be associated with many personalities, which include Kellie Stewart, Alissa Violet, Erika Costell, and lastly Tana Mongeau. Alissa Violet claimed her relationship with Jake was mentally and emotionally exhausting. Whereas Jake accused her of cheating on him, and they broke up in 2017. 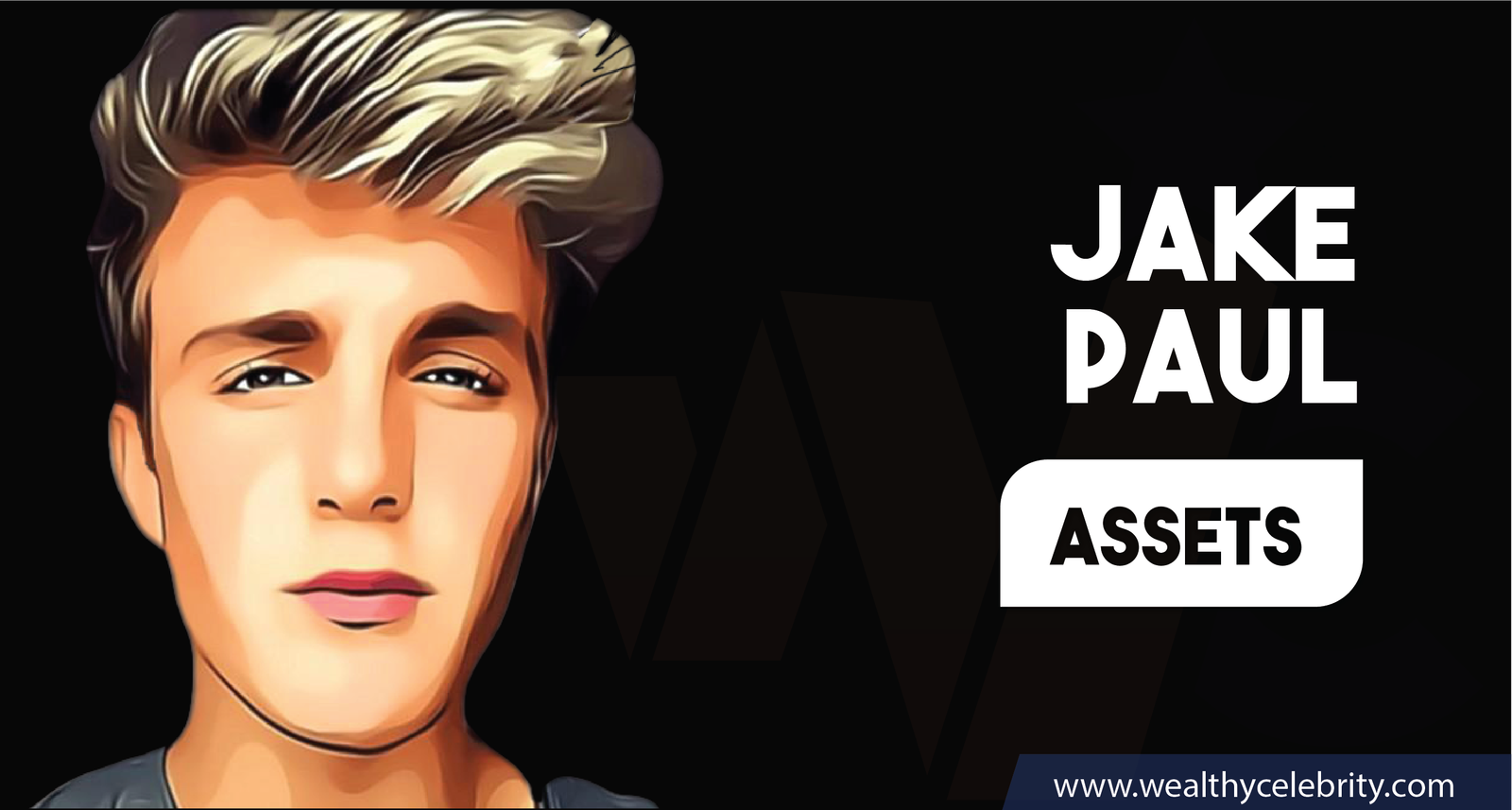 Jake Paul currently resides in Calabasas, California, in a mansion which he purchased for $6.9 million. The mansion has three stories with a spiral stairway. The mansion is set on 3.5 acres with the availability of a pool and spa along with an arrangement of outdoor cooking. You can gush over his house, for which he has made a separate video on his YouTube channel, which goes by an exclusive tour of the new team 10 house amazing.

His major sources of earnings are YouTube, brand endorsements, and boxing matches. He even has his own merchandise, which is available on Amazon and Jake Paul Merch. He has four cars; out of which one is a customized Toyota Tacoma while Lamborghini Huracan Performante is the most prized one.

See Also:  What is Lana Rose's Net Worth? Know Everything About Her 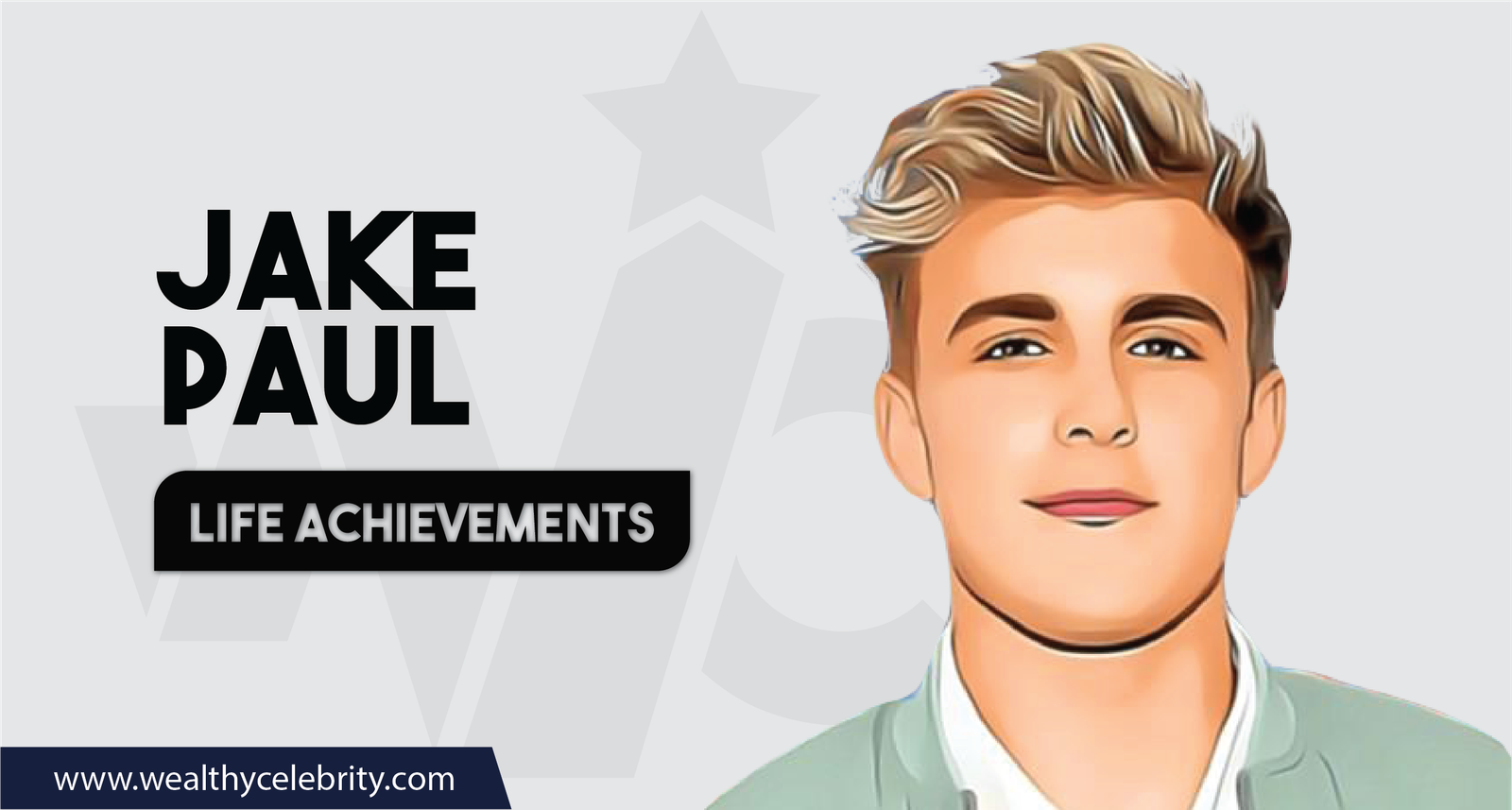 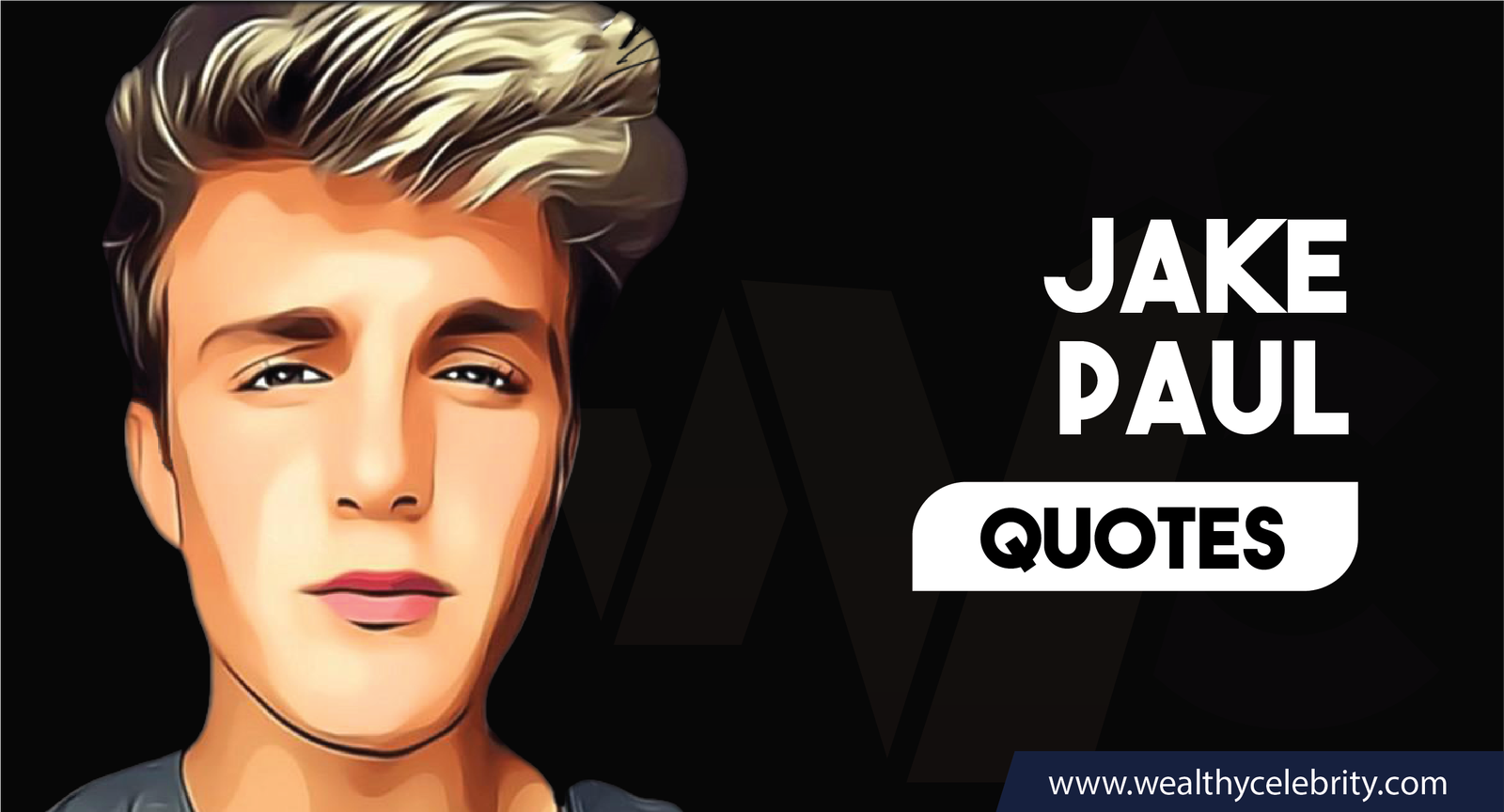 Here are the Jake Paul famous quotations and sayings: 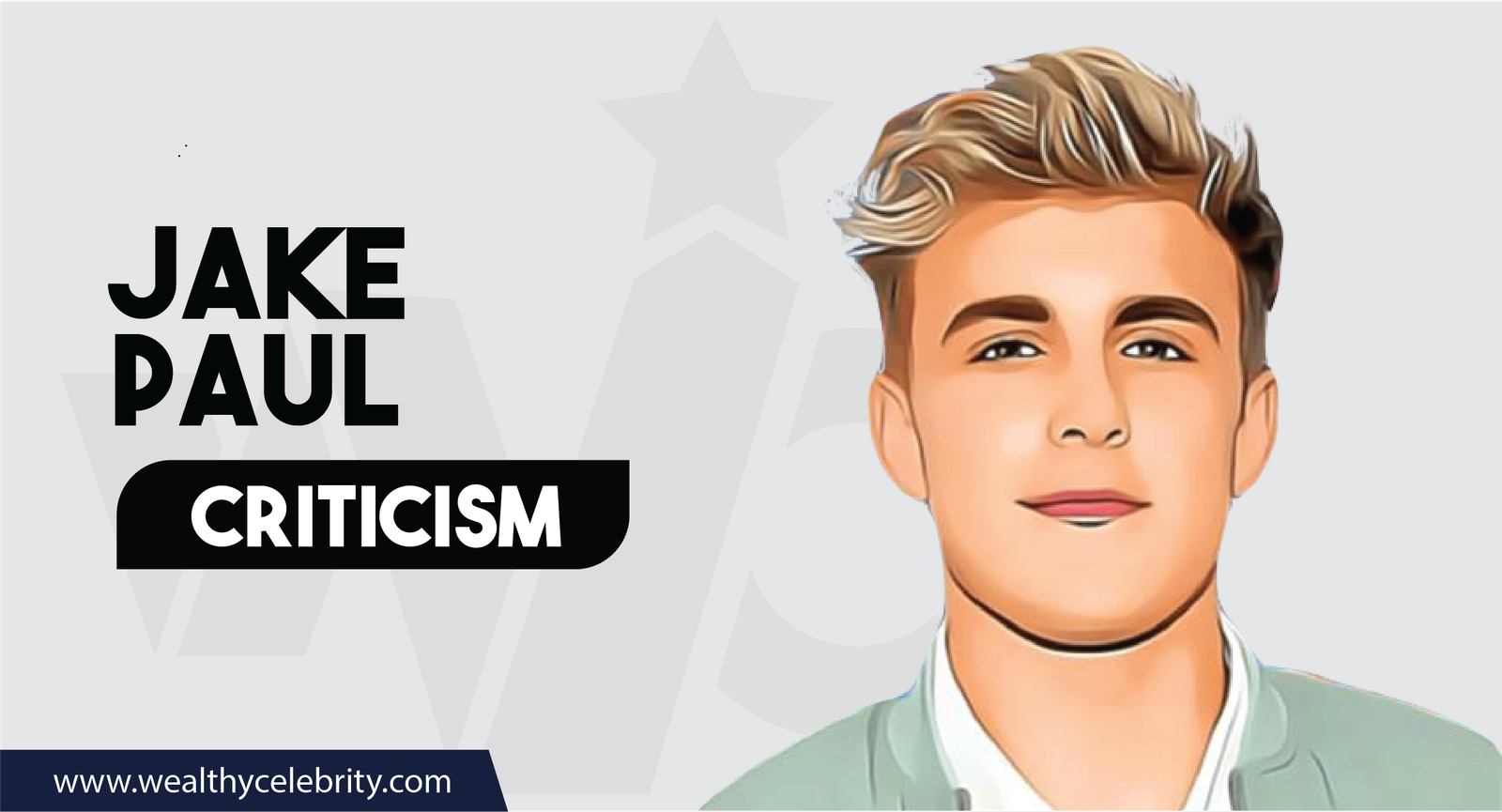 Throughout his career, Like Jeffree Star, he is also often criticized for his wild pranks, parties, and stuff. His neighbors filed a complaint against him for gathering a massive crowd of young fans in the neighborhood. Not only this, he even organized a large party during a global pandemic, which people attended without maintaining social distance and not paying any heeds to SOPs. The act altogether put off the mayor of Calabasas and decided to look into all sorts of penalties. Recently, his house has been raided by the FBI for an ongoing investigation whose nature is unknown.

A: Jake Joseph Paul is the full name of Jake Paul.

Q: How old is Jake Paul?

Q: What is Jake Paul’s height?

Q: What is Jake Paul’s profession?

A: Jake Paul is an American YouTuber, actor, and professional boxer.

Q: What is Jake Paul’s net worth?

A: It is estimated that Jake Paul’s net worth is around $20 million.

The net worth of Jake Paul in the year 2022 is $20 million. He seems to have created this persona deliberately because he wants people to talk about him when he’s gone. He was ranked twice in the Forbes list of the world’s highest-paid YouTubers in 2017 and 2018, respectively. He is more likely to remain controversial, or one can also say childish in the coming years as well solely based on his recent actions during a global pandemic. He’s still young and has a lot to learn, so do you think he has a long way to go considering his personality?

Jake once said: “The neighbors hate me” do you belong to that pack who wants Jake’s neighbors to continue to hate him? Do let us know your thoughts, and if you have anything to add in any of the segments above, please feel free to share.

Who is Amy Askren? Everything You Need To Know About Ben Askren's Wife – Wealthy Celebrity

[…] Amy got significant public attention due to her controversial battle with social media star and MMA Jake Paul. Before the match, Jake made an allegation against Amy and said he messaged her on Instagram. […]

[…] Before him, Saxon was dating a well-known YouTuber, social media personality, and model – Jake Paul, with whom she had a breakup in […]

[…] reportedly, Tana was once engaged to Jake Paul, with whom she exchanged wedding knots in 2019. But for some personal reason, the couple decided to […]

[…] her career. She first started dating Chance Sutton, and after him, she was rumored to date Jake Paul and Jonah Marias, but as she never confirmed anything about both of them, we cannot say anything […]

Yes, you read it right, it's a whopping 20 million dollars. Everyone wants to be a YouTuber like him but it needs consistency and smart work. Most of us just work for a month or two and then get dishearted because of very few views and clicks only. But believe me, nowadays becoming YouTuber like jake paul is not a piece of the pie as the youtube community became so competitive that even by doing everything in the right direction you have to wait for search engine algorithms to rank your videos.

Nowadays not only hard work pays off, but you need to do smart work instead to be successful.