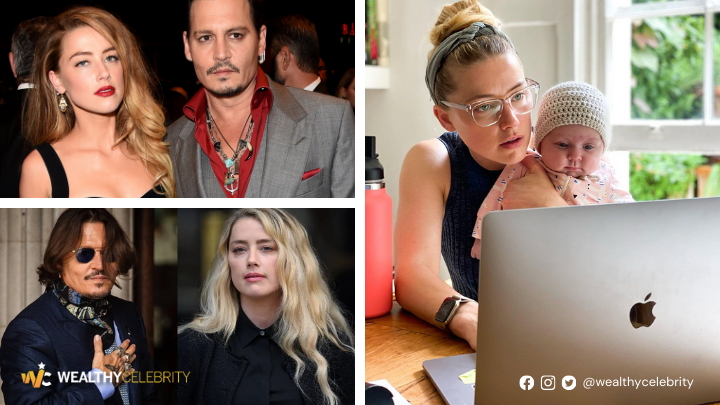 Johnny Depp and Amber Heard: Who are they?

John Christopher Depp II, better known by his stage name Johnny Depp, is an American-based actor, musician, producer, and talented painter. He received multiple awards and honors, including Golden Globe Award and Screen Actors Guild Award. He was nominated three times for Academy Awards and two times for BAFTAs. He has also written many awesome quotes that still inspire the world. If this is not enough to tell you who Johnny Depp is, just put a flash on those amazing characters that he played in the famous films like ‘Sleepy Hollow,’ ‘Charlie and the Chocolate Factory, and the ‘Pirates of the Caribbean.’ 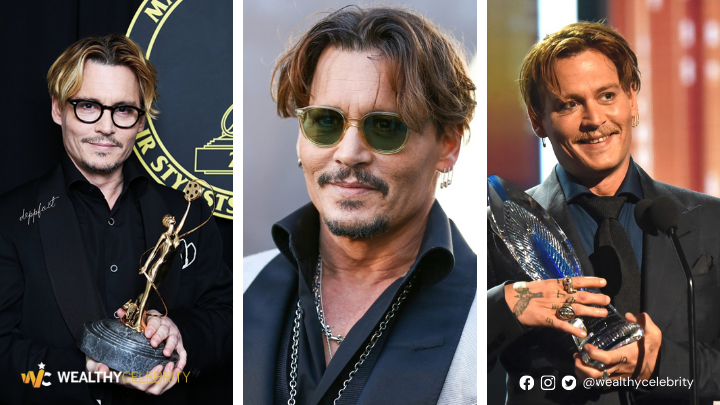 On the other hand, Amber Heard (real name – Amber Laura Heard) is also a stunning American-based actress. She is well-known for her roles in the famous movies – Never Back Down, The Rum Diary, and Drive Angry. Besides this, Amber is one of the gorgeous women who is also a spokesperson for L’Oréal Paris and one of the most charitable celebrities who always seems open to opportunities that make a difference. 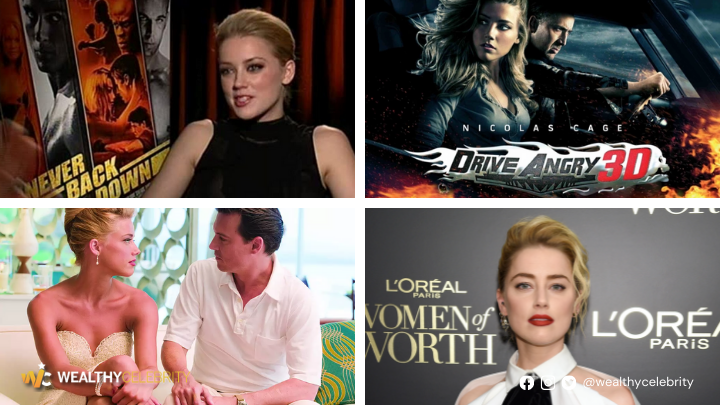 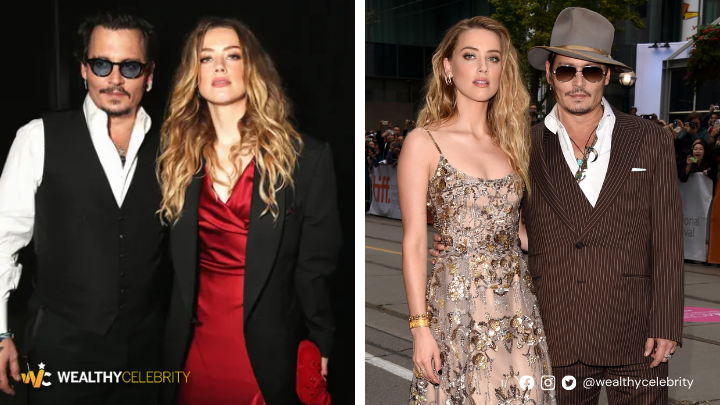 Back in 2009, when Johnny Depp was on the set of one of the most notable Johnny Depp and Amber Heard movies, “The Rum Diary,” he met his love of life, Amber Heard. According to the couple’s statement, they both liked each other at first sight and wanted to get linked as a romantic couple. Well, sadly, at that period, both celebs weren’t able to ask each other out for a date. 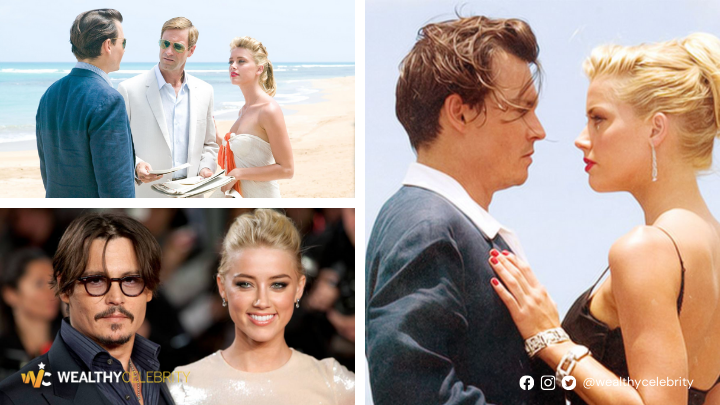 Later, in 2012, Johnny Depp and Amber Heard revealed that they were dating and leading a blissful life together. 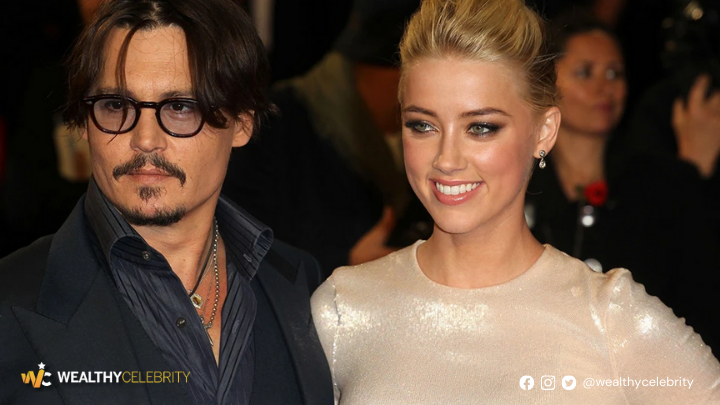 After almost two years, in 2014, fans spotted Heard wearing an engagement ring, and in 2015, good news took the whole internet by storm that Johnny Depp and Amber Heard were getting married in a private ceremony where they have invited their close friends and family members only. 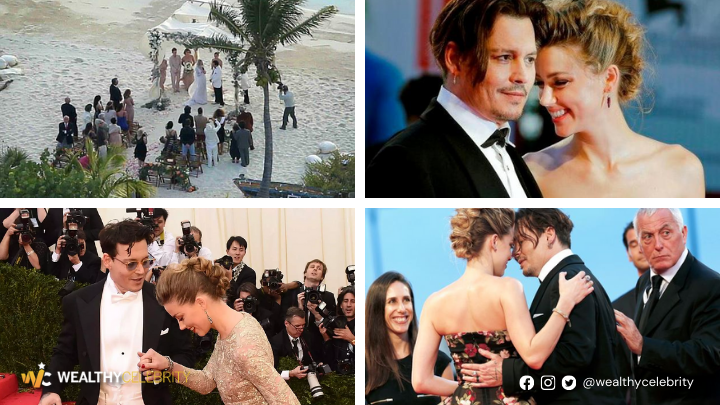 The couple started spending their married life at Little Hall’s Pond Cay on Bahamas Island which is owned by Johnny. Here, it is a must to mention that before coming into the relationship with Amber, Johnny Depp shared a romantic relationship with Vanessa Paradis and has two children together (Lily-Rose Depp and Jack Depp) – despite getting married. 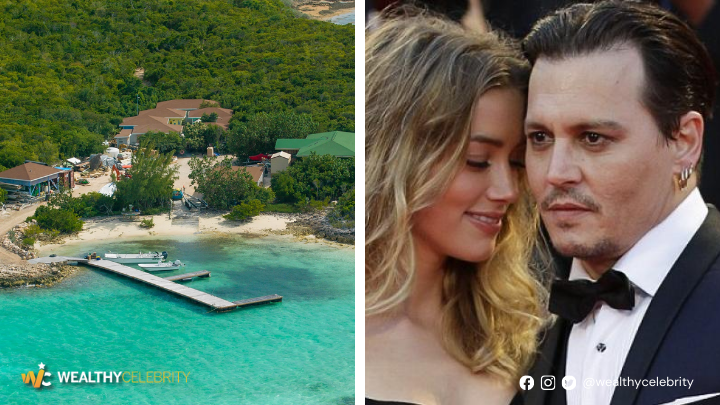 They Decided to Part Their Ways (The year 2016)

On May 23, 2016, Heard visited court and filed a sudden divorce case against Depp. The whole of social media, in fact, the whole world was shocked by her step. Later, to clear everything, Heard’s lawyer came out and explained that Amber wants a divorce from Johnny for being physically abused. Also, the lawyer added, “Amber got physically abused almost every night when Depp arrived home under the effect of alcoholic drinks and drugs.”

After some time, Amber Heard posted a video on her social media account (which is no longer available), where she stated that on May 21 (before she filed a divorce against Depp), Depp arrived home fully drunk and threw his phone on her face. That’s why she couldn’t take it anymore and filed a divorce case. Then, after a few days, Johnny Depp stated it wasn’t him who physically abused anyone, Amber was. He said that she used to fight with him every night because she wanted money that she spends “Don’t know where.” This thing shocked people and Johnny fans started supporting him more than before. Also, Lily-Rose has been clinging up to her father since the allegations started.

“My dad is the sweetest most loving person I know, he’s been nothing but a wonderful father to my little brother and I, and everyone who knows him would say the same”
~ Lily-Rose Depp#JusticeForJohnnyDepp pic.twitter.com/StDOdU65Je

Later, after a few weeks, the court set a settlement between Johnny Depp and Amber Heard of $7 million, where Depp had to pay a monthly amount of $50,000 to Amber so that he could live his life easily without any more scandals regarding his personal life.

Back in 2017, Johnny Depp and Amber Heard’s divorce cases were finally finalized, and every person thought the fighting journey had been finished. But unfortunately, that didn’t happen because of Amber’s 2018 op-ed video, where she admitted that she was abused. Well, she didn’t mention any name, but after a few days, people discovered that Johnny had transferred $50 million to op-ed as his apologies. Later, in 2020, a phone recording went viral where Heard admitted that she used to hit Depp almost every day.

Suddenly, on July 7, 2020, Johnny Depp and Amber Heard’s trial started and shocked the audience again, and on 2nd November, the court signed the trial against Johnny Depp. Later, after lots of lawsuit fights between Johnny Depp and Amber Heard, Amber revealed more dirty thoughts about Johnny, and Johnny said lots of abusive and curse words to Amber. And in the recent days of 2022, Amber admitted that she befriended the one and only Elon Musk when Depp hooked up with another girl and said in a video, “I’m sorry for moving on, but I only did it because you did so.” 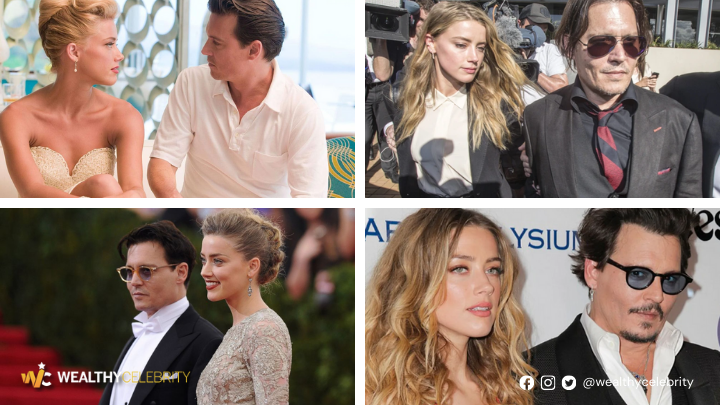 See Also:  What is Manny Khoshbin's Net Worth? Know All Details About Businessperson

Are Johnny Depp and Amber Heard’s cases referring to “mutual abuse?” Or is it DARVO?

Amber Heard has no doubt been given a rough ride over her divorce from Johnny Depp, precisely because there doesn’t seem to be an obvious scenario in which she “wins.” In the public eye, she is either the victim of consistent physical and emotional abuse or a scorned unscrupulous gold digger. But it is still daunting to state whether or not it was a mutual abuse case. It’s clear there are two sides to every story. In this case, Johnny and Amber presented very different versions of events.

Talking about the latest happenings between Johnny Depp and Amber Heard, the ex-couple is still facing the same problems with each other. And according to a few reports, really soon, Amber Heard would be restricted from revealing Johnny Depp and Amber Heard’s daughter Oonagh Paige’s lawsuit. Details regarding the trial that was initially scheduled to conclude on May 19 have now been extended and will continue until May 27. While it’s difficult to recount all the details here, below is a brief overview of some of the most discussed incidents in question. 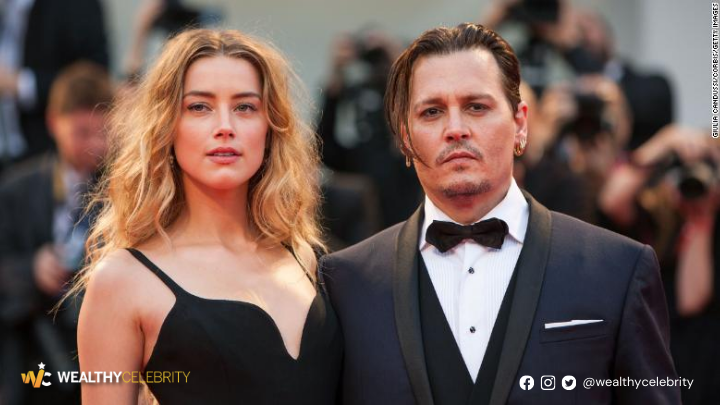 Q: Were there any live updates of the trial of Johnny Depp and Amber Heard on the internet?

A: Yes, there are hundreds of live updates of the trial of Johnny Depp and Amber Heard on the internet right now. However, the most recent news regarding the context is the trial that was initially scheduled to conclude on May 19 has now been extended and will continue until May 27.

Q: When is the trial happening?

A: The trial started on April 11 and was initially scheduled to conclude on May 19. But it has now been extended and will continue until May 27.

A: Johnny Depp and Amber Heard's daughter's name is Oonagh Paige. But, it is not really confirmed that Johnny is Oonagh’s father.

Q: Are Johnny Depp and Amber Heard moved on?

Q: Who has custody of Johnny Depp and Amber Heard's daughter Oonagh Paige?

A: Right now, there is no information regarding who has custody of Johnny Depp and Amber Heard's daughter Oonagh Paige.

Who's Johnny Depp? An Insider's View To His Net Worth, Life, And More | Wealthy Celebrity

[…] in May 2016. She alleged Johnny Depp to be “verbally and physically abusive,” however, these allegations were denied by Depp’s […]

Discover Amber Heard's Net Worth, Movies List, And Everything About Her Life – Wealthy Celebrity

[…] Thoughts Amber Heard is one of those celebrities who has had a lot of scandals and controversies. She was arrested several times in cases of harassment and verbal abuse. Talking about Amber Heard […]

Oh, thank God!! I finally found out what happened!! Well, now the good news is that their court fight has finally ended up! Anyway, TYSM for sharing such an informative article with us.