Alisa Zinovyevna Rosenbaum profoundly known as Ayn Rand was a Russian American writer and a philosopher. She was born and educated in Russia. She moved to the United States in 1926. She started her career by writing short stories, plays, and screenplays. Ayn is best known for her novel Atlas Shrugged and The Fountainhead. She rejected faith and religion and advocated reason as the only mean of acquiring knowledge. She rejected altruism and supported rational and ethical egoism. She was very influential among libertarians and American conservatives.

Rand became politically active in the 1940s and worked with her husband as a full-time volunteer for the Presidential campaign of Republican Wendell Willkie. She enjoyed the public speaking during the campaign as it made her interact with other intellectuals who were sympathetic to free-market capitalism.

Rand took seven years to write her novel “The Fountainhead” which brought fame and financial stability to her. It was a romantic and philosophical novel and centered on an uncompromising young architect. Initially, it was rejected by twelve publishers and finally got accepted by the Bob Merrill company. Let’s have a look at some aspiring quotes from the fountainhead.

Atlas Shrugged was another masterpiece by Rand published in 1957. The novel advocates Rand’s theory of objectivism and expresses her point of view on human achievement. The novel is based on romance, mystery, and science fiction. Atlas Shrugged became the world’s best seller. Let’s dig into some interesting dialogues from Atlas Shrugged to understand the depth of the novel.

Rand developed her own philosophical system called Objectivism. She believed that a man is a heroic being whose only moral purpose of life is his own happiness along with productive achievement as his noble activity and reason is his only absolute.

7 Any Rand Motivational Quotes on Ethics

Check out this fantastic collection of Ayn Rand quotes wallpapers below: 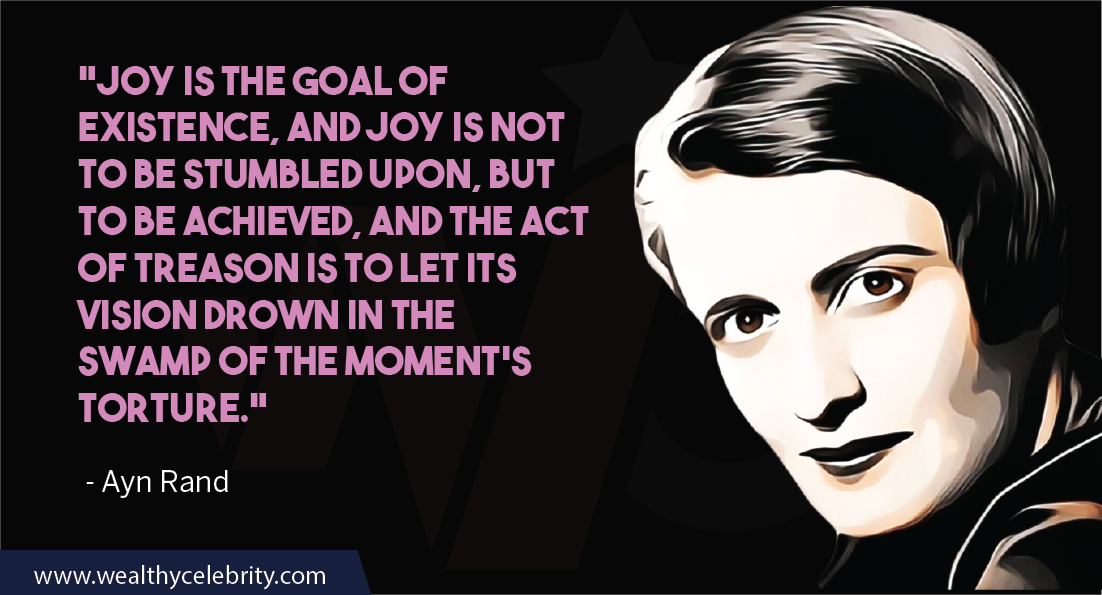 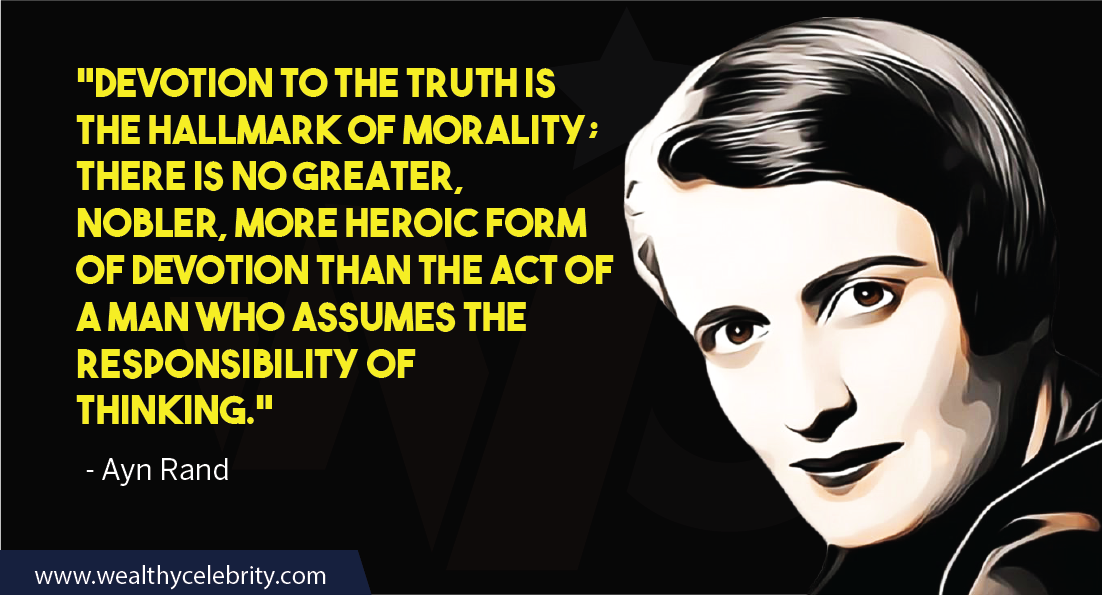 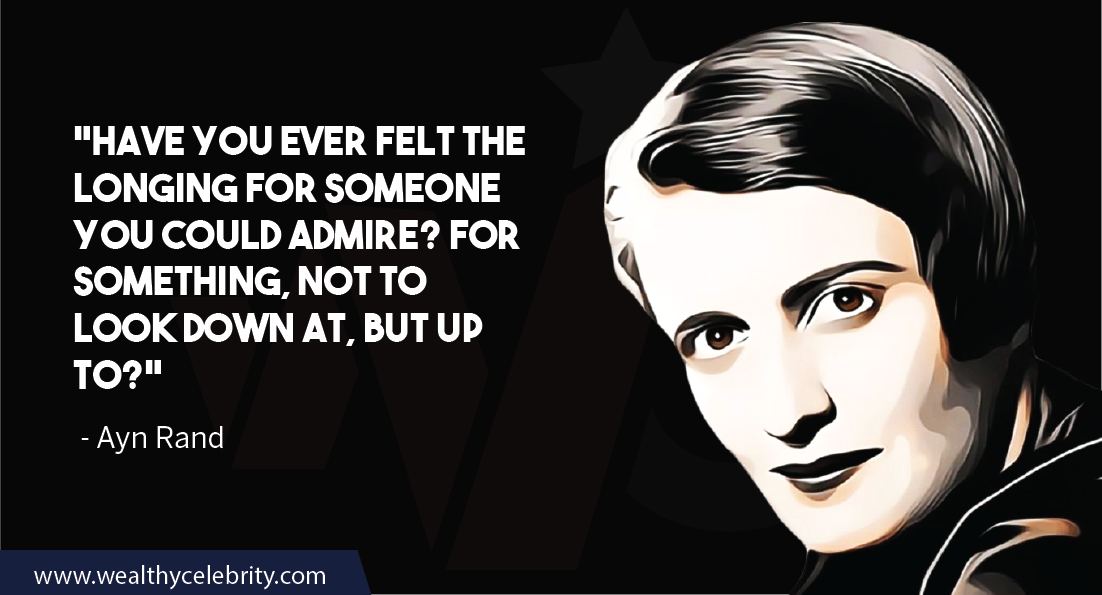 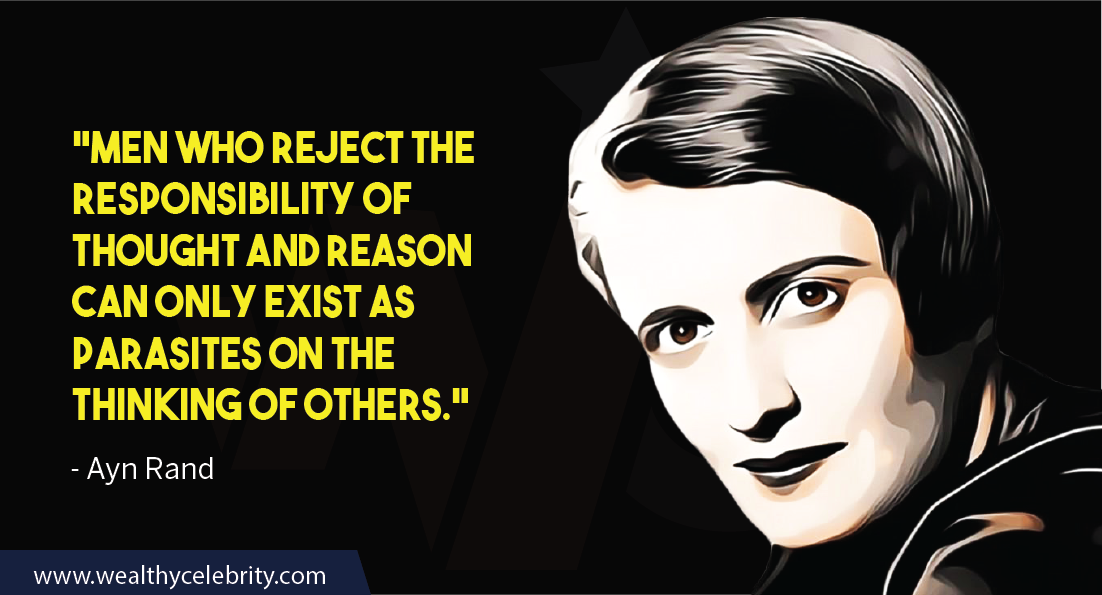 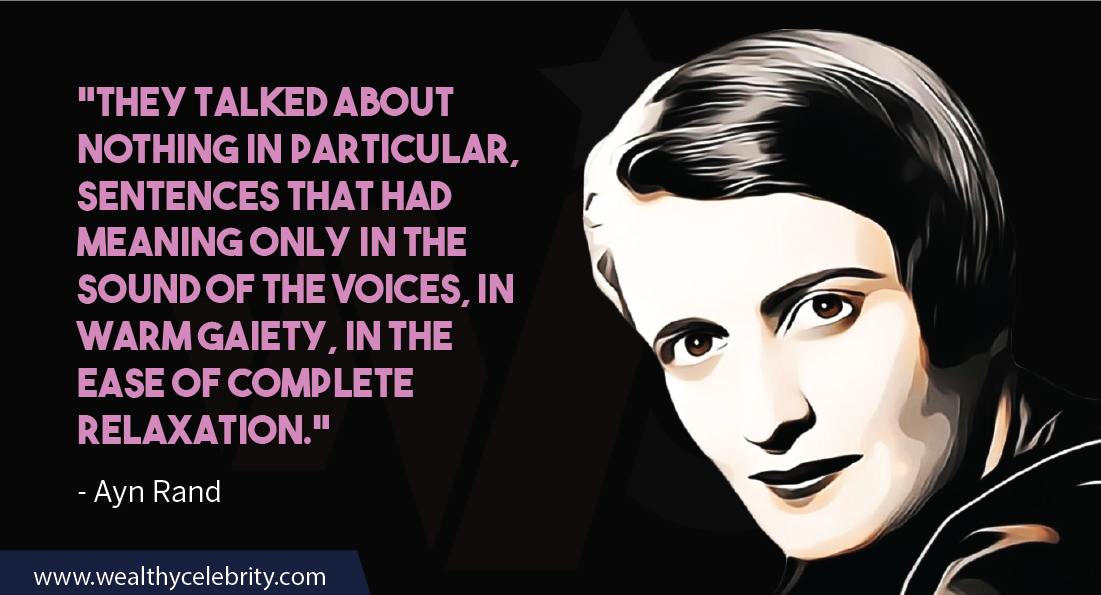 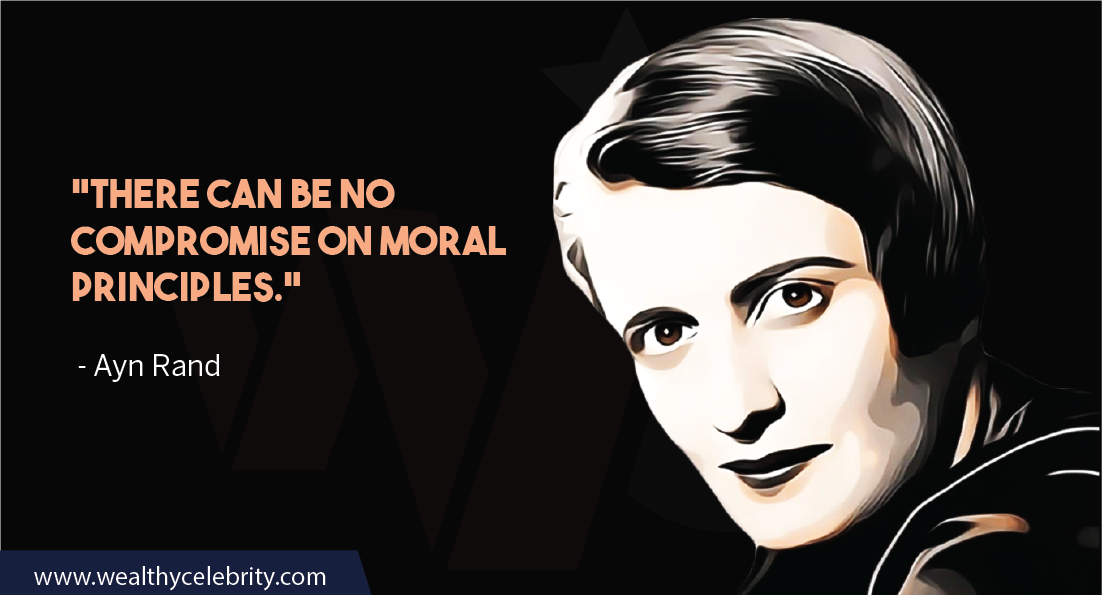 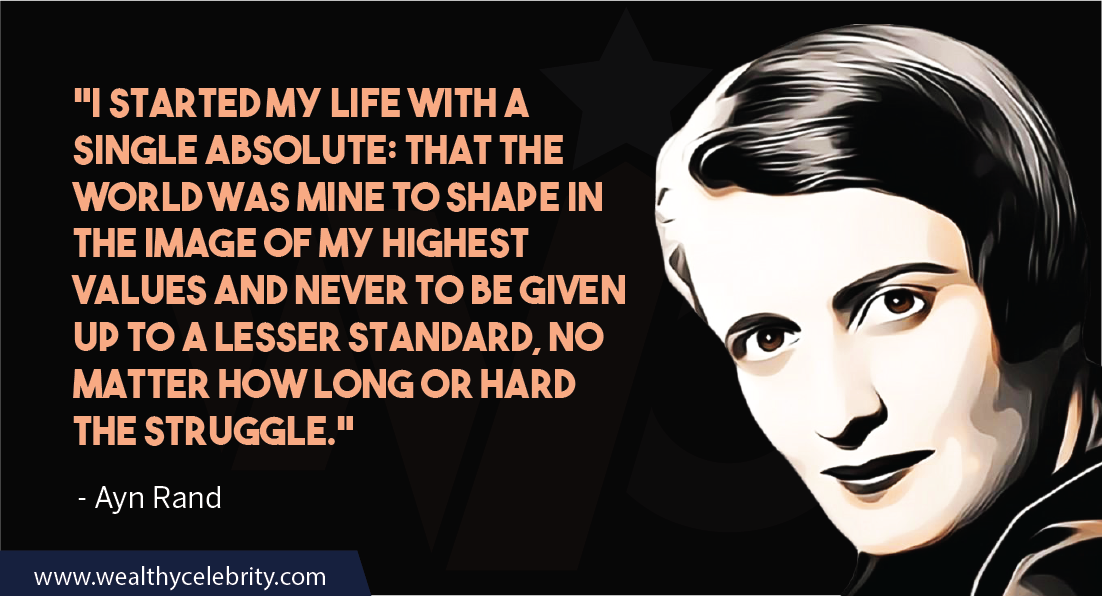 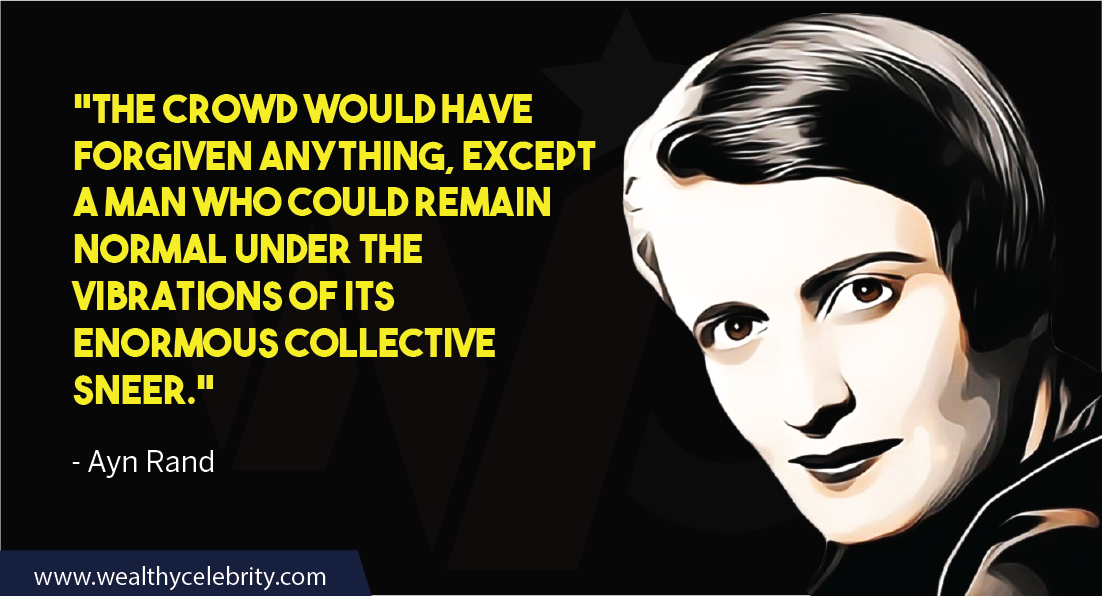 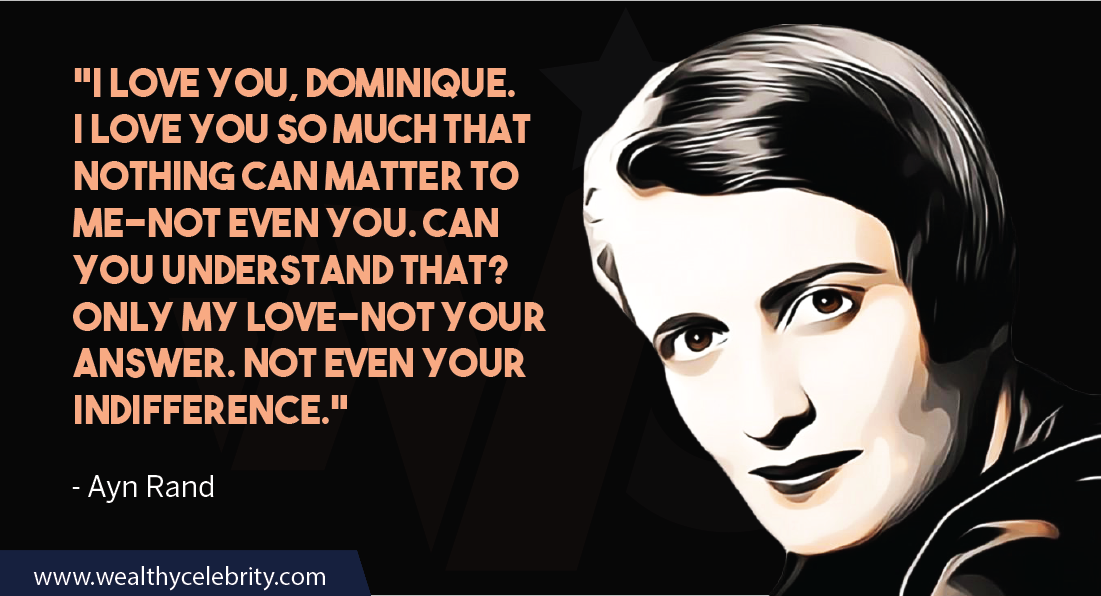 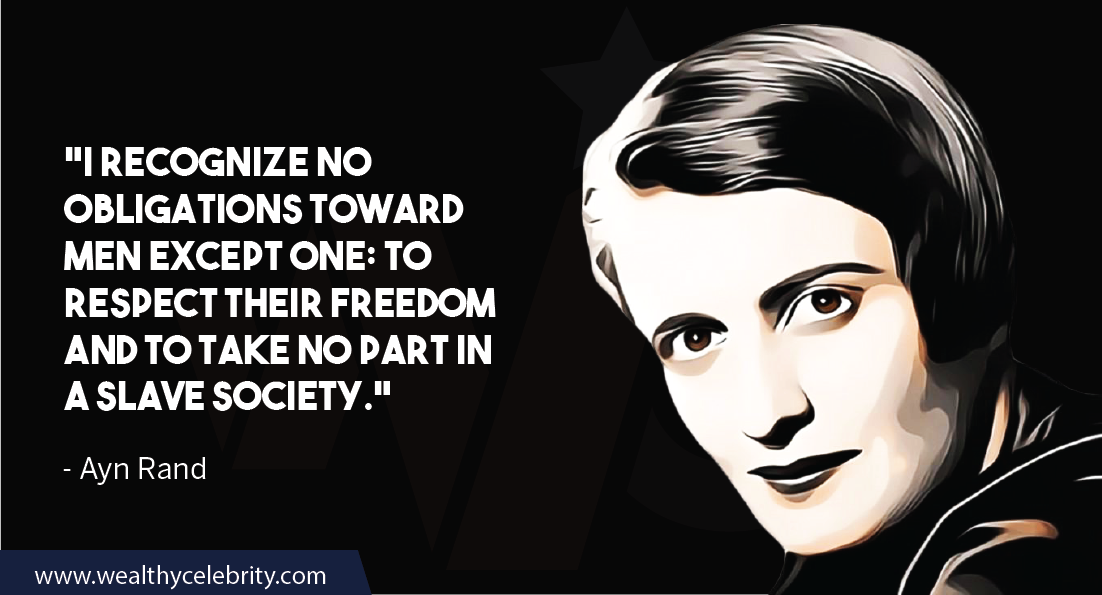 Ayn Rand belonged to a Jewish family and later turned atheist. Most of her publications were controversial and faced pre-publication issues. Her ideologies were objectionable to many. What do you think about Ayn Rand’s ideologies and quotes? Let us know your opinion on Ayn Rand.