In the era when people were making their mark in entertainment, there was a man who rose above the rest via his literary tongue and eternal notions. His work not only motivated people of his time but also set a literature standard for writers throughout history. Below we have complied inspirational Shakespeare quotes to uplift your spirit.

William Shakespeare, the greatest dramatist of the world and the greatest writer in the English language, is still alive in millions of hearts through his writing and forever will. Many of us continue to find his writing highly relatable to date.

Although written more than 400 years ago, William Shakespeare’s sayings remain timeless. Born in Stratford-upon-Avon, Warwickshire, Shakespeare is often regarded as the national poet of England and “Bard of Avon.” He wrote 39 plays, two long narrative poems, 154 sonnets, and there are also a few verses, but they have uncertain authorship.

Shakespeare’s work made a lasting impression later not only on literature but also on theatre. He expanded the dramatic potential of genre, characterization, language, and plot with a creative mindset. He heavily influenced the later poetry, and William Shakespeare’s famous lines still echo in our minds.

William Shakespeare wrote all of his plays in a stylized language, but he also adopted the traditional styles later. In the last phase of his career, he adopted many techniques such as irregular stops and pauses, run-on lines, and extreme variations in sentence length and structure.

The strength of design in Shakespeare’s writing made it survive cutting, translation, and expansive interpretation without losing its core drama. He switched to a more artificial style in his late romances, as you can see in William Shakespeare Romeo and Juliet quotes.

Till the time, Shakespeare plays and poems have been translated into many languages worldwide and are performed as well. It is rarely seen that a person makes such outstanding achievements that his work is appraised and appreciated by people centuries later.

Whether you are interested in most romantic Shakespeare quotes or his quotes about death, life, time, sadness, love, friendship, family, happiness, education, work, and success, we’ve got them all.

Here the list of most memorable and famous Shakespeare quotes from his plays & poems:

If you are looking for some more quotes on success, you can have a look at Bob Marley Quotes.

Related:  104 Most Inspiring Mahatma Gandhi Quotes of All Time 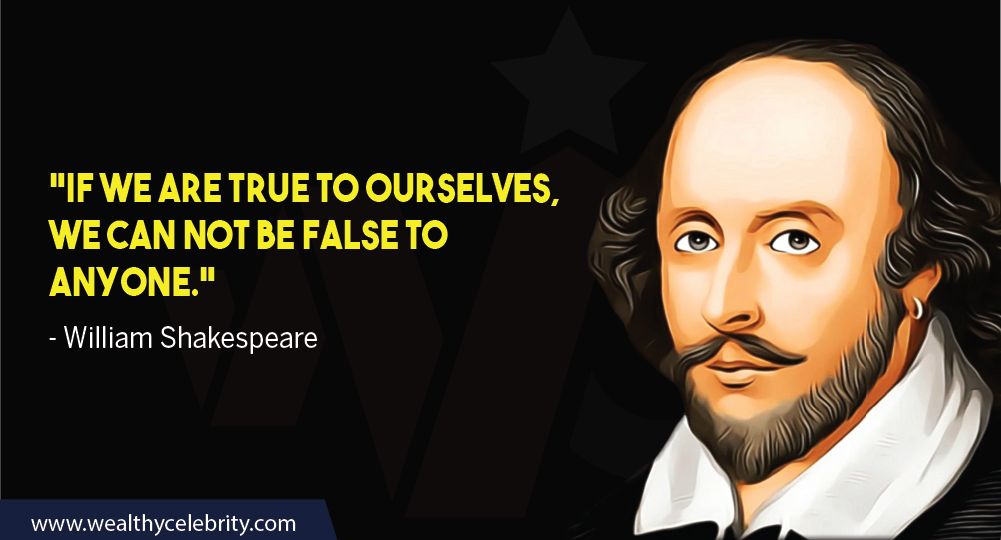 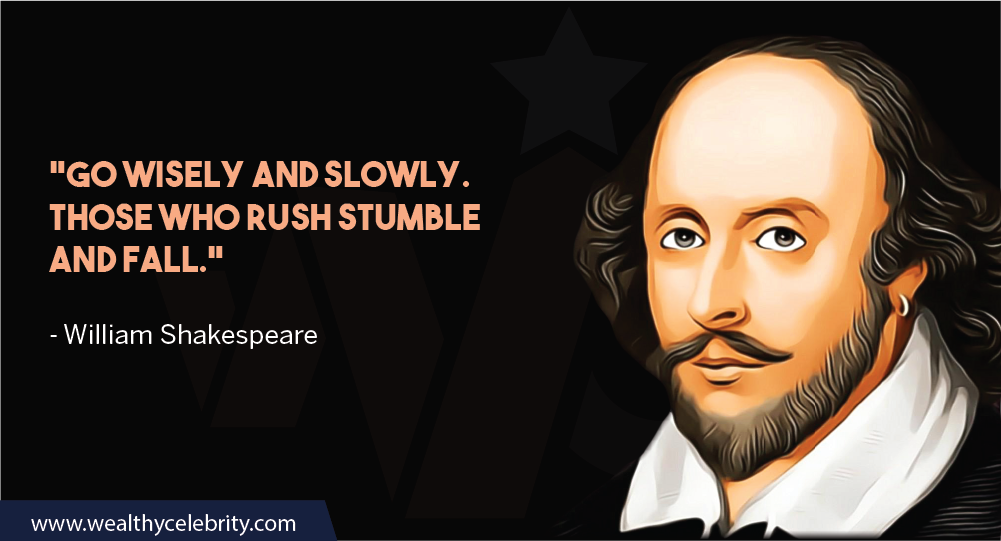 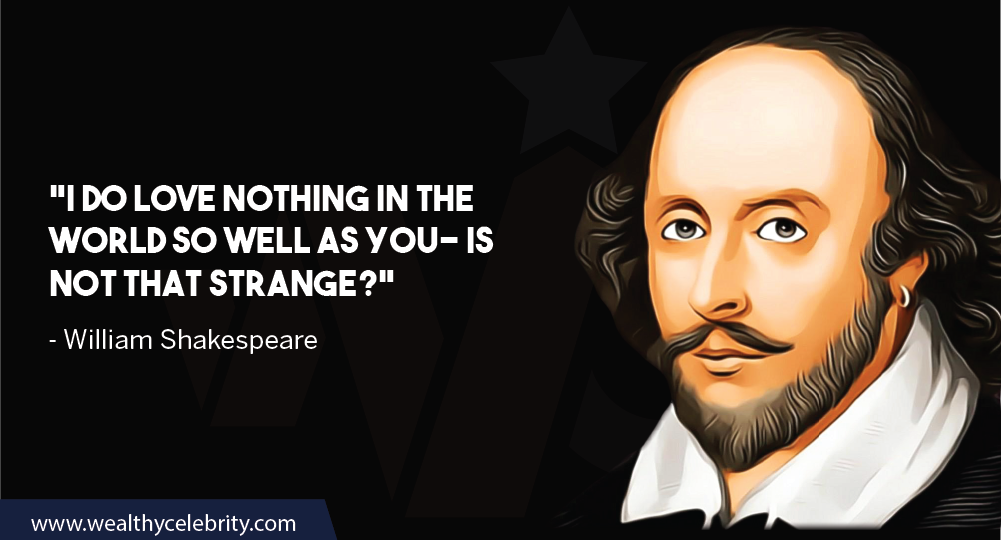 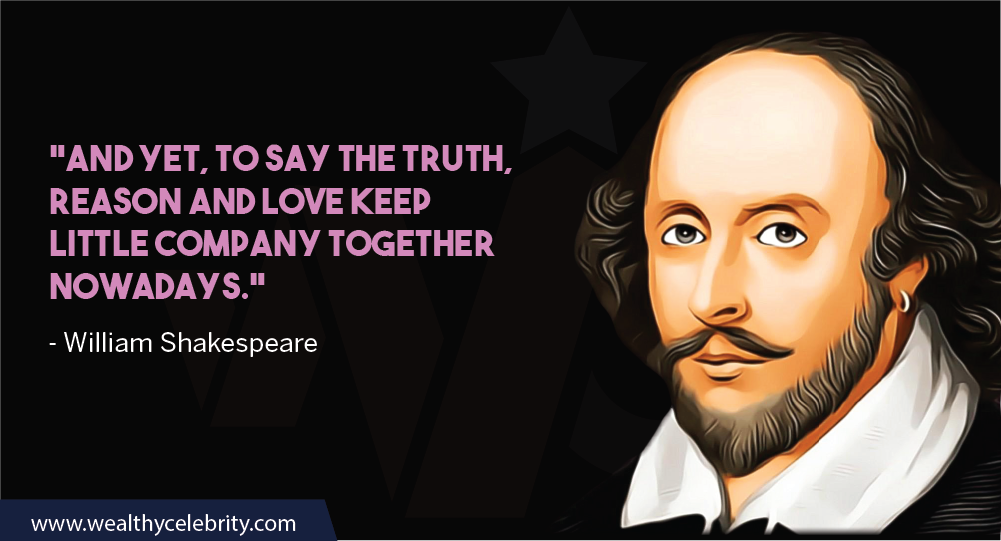 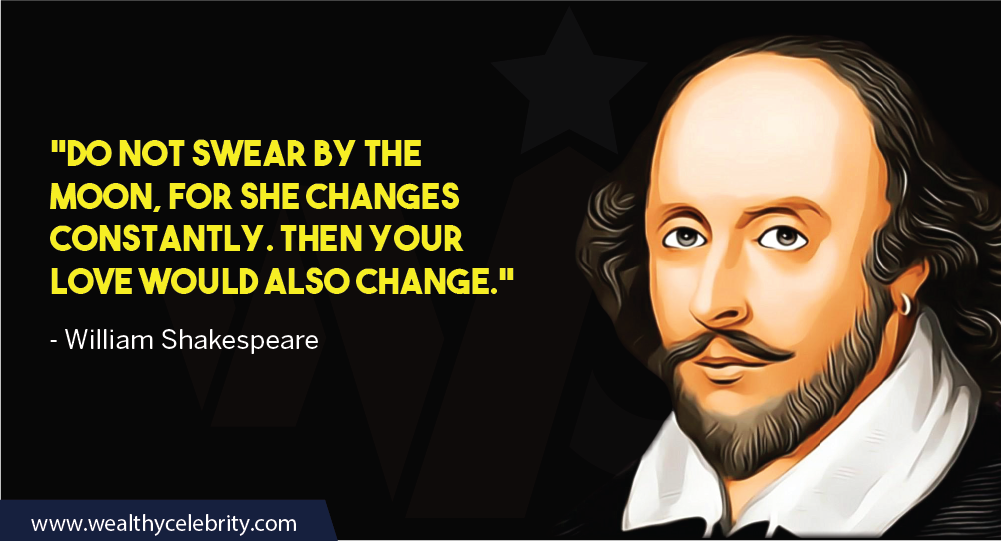 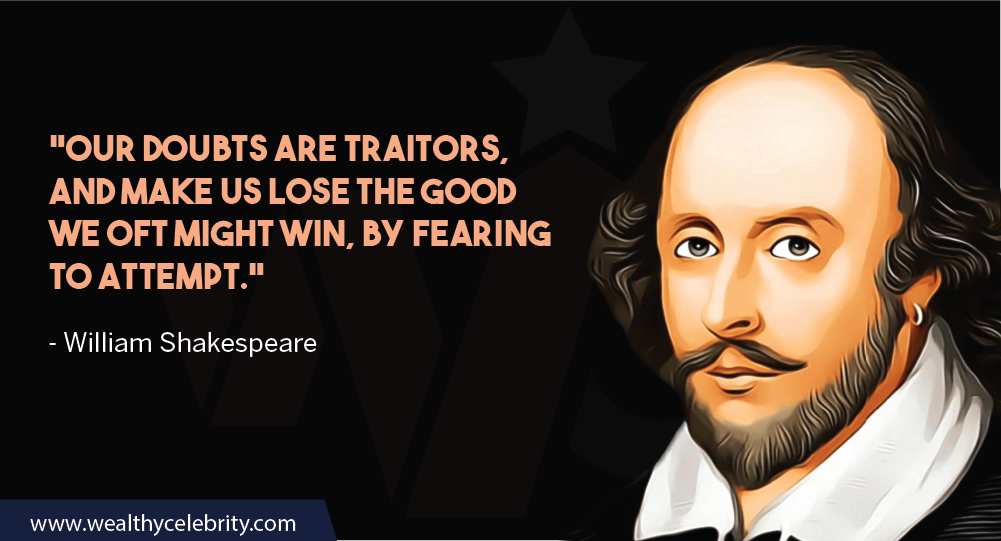 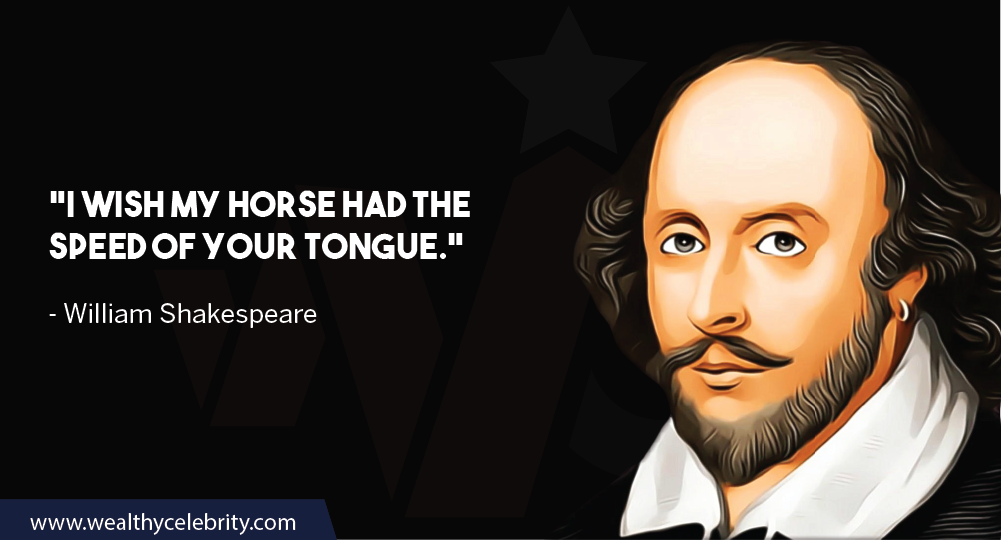 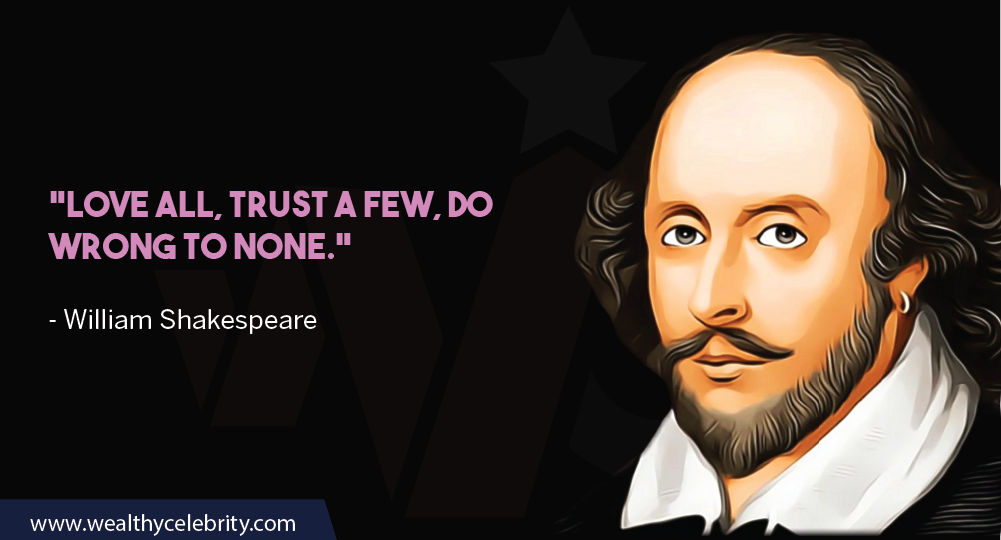 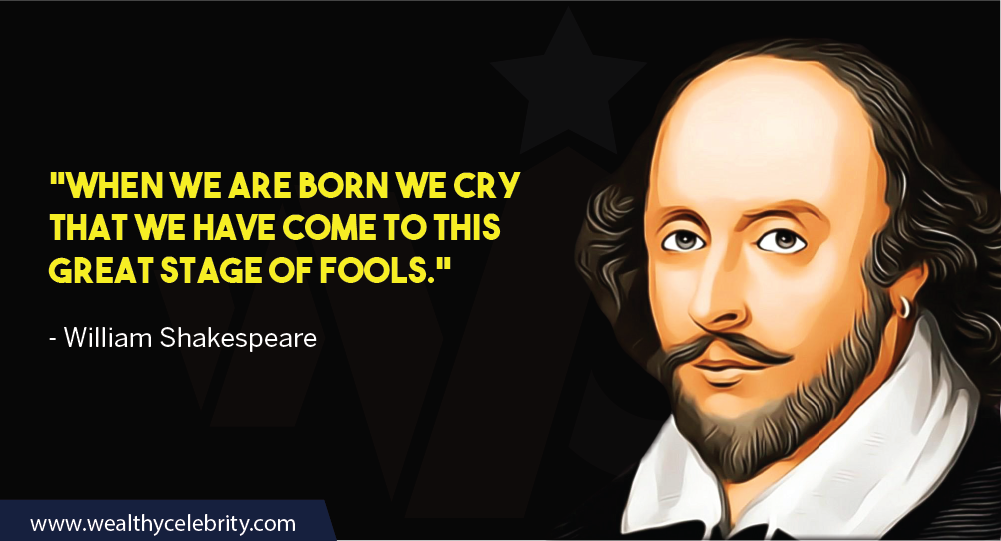 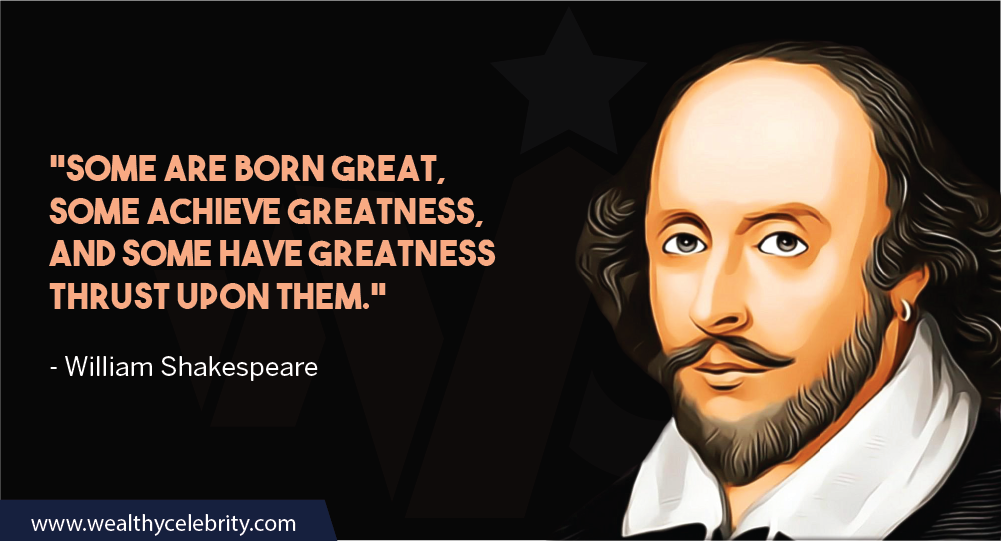 Shakespeare’s writing left a legacy in the world of literature, and the most amazing thing about his work is that it is still enjoyed by millions of people worldwide who read and study Shakespeare today. Almost half a century has passed, but Shakespeare’s nurturing and powerful words continue to inspire people of a completely different time compared to his own.

Here, we’ve put together Shakespeare’s most memorable quotes from his popular plays and poetry, from classic to love romantic ones. Shakespeare’s work focuses on love, revenge, sorrow, passion, betrayal, and heartbeat, the themes that people of any age and any time can relate to. His plays are highly popular and are rediscovered by new performance and literacy movements.