David Andrew Burd, better known as Lil Dicky, is a renowned American rapper and comedian. He is a comic rapper who came into the spotlight when he released the megahit song “Ex-Boyfriend.” Within 24 hours; his track went viral and got more than one million views, for which the artist grabbed international fandom.

Afterward, he collaborated with Chris Brown on the song “Freaky Friday”, which got worldwide recognition. He also gained prominence when he released the song “Earth” featuring big names in the Hollywood industry, like Leonardo DiCaprio, Katy Perry, Justin Bieber, Ariana Grande, Ed Sheeran, Shawn Mendes, and so on Lil Dicky Was Born in Pennsylvania and raised by Jewish Parents:

David Andrew Burd, whose stage name is Lil Dicky was born in Cheltenham Township, Pennsylvania, United States, on March 15, 1988. He grew up and was raised in an upper-middle-class Jewish family. His mother is Jeanne Burd, and his brothers are LiAngelo, Lonzo, and LaMelo.

He attended Cheltenham High School, and later, he went to the University of Richmond. He graduated as a topper in class from Richmond Robins School of business. Afterward, he left for San Francisco. While there, he worked in an advertising agency, “Goodby, Silverstein & Partner”, and penned down many rhymes and ad copies, created storyboarding videos, and cut demos. Once, he wrote ad copies for the NBA’s ‘BIG” campaign. 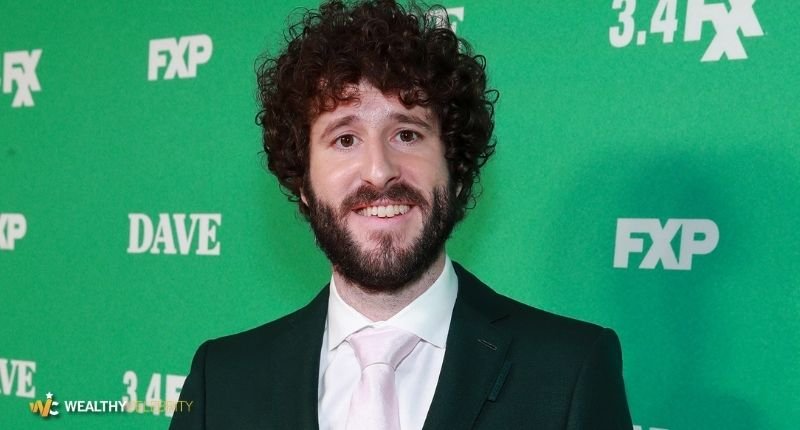 See Also:  Who is Michael Herd? - All About Whitney Wolfe Herd's Husband

He started taking baby steps in his rap career while working in a firm:

Dicky released his first mixtape on May 22, 2013, named ‘So Hard’, which consisted of 17 songs. He once stated that he began rapping to get recognition to help him prove himself as a better comedian in shows and movies. Gradually his interest grew in rapping, and he decided to pursue it further. One of the tracks of So Hard titled ‘Ex-Boyfriend’ received an immense response after being uploaded to a YouTube channel and gathered one million views within 24 hours, which was incredible.

After getting this response, his confidence was boosted, and he produced several songs and videos for the next five months. After uploading 32 songs and 15 music videos, he contacted ‘Kickstarter’, a public benefit company engaged in global crowdfunding. Kickstarter helped Dicky release his first debut album and music videos and raised $113,000 instead of $70,000.

At the “Theatre for Living Arts”, Dicky performed his first live concert:

On February 19, 2014, Dicky performed in a live concert at “The Theatre of Living Arts in Philadelphia, PA. ‘Professional Rapper’ was his debut studio album, released on July 31, 2015. That album included 20 tracks and featured many artists, I.e., Snoop Dogg, Fetty Wap, and others. On the US Billboard 200, Professional Rapper’ ranked at number seven. He, moreover, ranked number one in ‘The top Independent Albums,’ ‘Top Comedy Albums’, and ‘Top Rap Albums charts. Most of his music videos got 20-50 million views.

Moving on, Lil was selected for the 2016 XXL Freshman Class, along with Lil Uzi Vert, Anderson Paak, 21 Savage, Dave East, and Five other musicians. To create the special effects for the music video for the track “Pillow Talking,” Dicky invested nearly $700,000. On April 12, 2017, the song “Brain” was used in a music video.

He later released a music video Earth to create awareness about climate change, pollution, and the environment:

A Check Into His Personal Life:

He has never publicly spoken about his love life, but for now, we know he hasn’t been married or in any relationship with other artists. Once he had a girlfriend named Ally, but they broke up because Dicky chose his career over his relationship. People believed that his one song Molly was about Lil dicky-girlfriend.

See Also:  All About Regé-Jean Page Net Worth, Career, Love Life, And Wiki 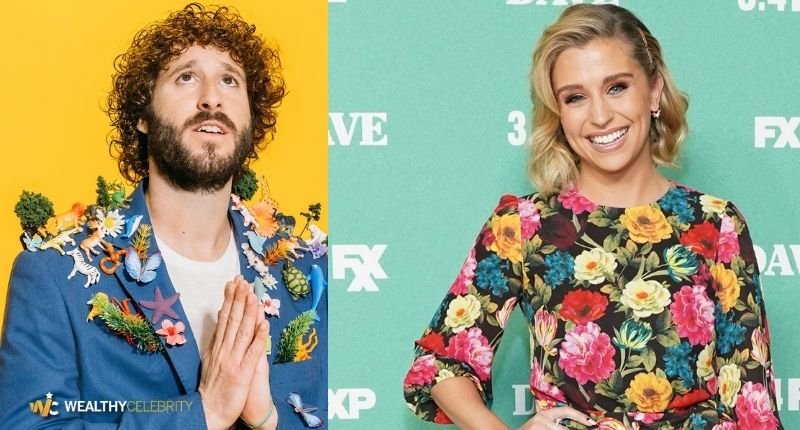 The answer to this question is a simple no. Lil Dicky isn’t gay. He has a straight personality, he is not gay or bisexual. So, if you are someone who thought he is gay, we hope your mind is clear now.

The famous track Lil Dicky earth was a charity single song by Lil Dicky. In this track, he is talking about the dos and don’ts that we all should follow when it comes to our motherland Earth. It’s a beautiful track that you all should listen to right away if you haven’t.

The accumulated amount of Lil Dicky Net worth is $8 million, which he earned by releasing entertaining tracks and music videos via albums.

Q: How Old Is Lil Dicky?

Q: How Tall Is Lil Dicky?

A: Currently, Lil Dicky is single.

Q: On Which Date Lil Dicky Released His Last Freestyle?

A: Lil Dicky first ever show was The Playboy Morning Show.

This classic rapper and comedian have a large fan following with 8.01m subscribers on his YouTube channel, 1.5m followers on Facebook, 3.3m on Instagram, and 675k on Twitter. He regularly interacts with his fans on social media profiles and shares his pictures and thoughts

When rap was dominated by social, economic, and ethnic minorities, LD deliberately chose to carry the upper middle class in his delicate Jewish arms. The outcomes have been enormous. Dicky is a non-traditional rapper that creates enjoyable and meaningful music by blending humor, smart lyrics, and self-deprecation.

What do you think about Lil Dicky’s net worth and life? Let us know in the comments below.