Born to a painter and art teacher, Pablo Picasso was an art prodigy. Pablo Picasso’s innovative work transformed the field of art in the 20th century making him the greatest painter and artist of his era. His pioneering style of painting makes him one of the most renowned and celebrated artists in the world.

An artist by birth, Pablo Picasso’s first words were “Piz Piz,” a baby version of the Spanish word lápiz’ meaning pencil. The Spanish painter formally began his artwork at the young age of 7 when his father taught him the basics of oil painting and figure drawing. As Picasso’s love for art grew, he became obsessed with drawing and forgetting his formal studies. Finding the conventional mode of study stifling, Picasso chose to spend most of his time roaming around the city and drawing the scenic views.

Pablo Picasso’s artwork is categorized into three periods; Blue Period (1901 to 1904) and Cubism (1909 to 1912) and Crystal Cubism (1912 to 1919). The blue period mostly comprises of gloomy paintings with the blue color in dominance while other colors are occasionally penetrated. From 1909 to 1912, Pablo Picasso worked together with Georges Braque and co-founded the cubism movement. Crystal Cubism was later emerged from 1912 to 1919, mostly featuring Pablo Picasso’s hard-edged square-cut diamonds.

The 20th-century artist’s work was not confined to painting only. Pablo Picasso also invented constructed sculpture. He was responsible for the co-invention of collage co-creator of Cubism or the Cubist movement and a variety of other innovative styles. Pablo Picasso’s artistic portfolio includes the titles of painter, sculptor, printmaker, ceramicist, poet, and playwright.

Despite having such a high profile for his artwork, Pablo Picasso is said to be having involved in messy love affairs with younger women. Olga Khokhlova, a ballerina, was the earliest love interest of Pablo Picasso whom he married. He was also involved with a young art student Françoise Gilot, who birthed two of his children. It was Jacqueline Roque, Pablo Picasso’s second wife, who remained with him till his death.

Although Pablo Picasso is mostly celebrated as the most influential and innovative painter, his wisdom and work in the field of literature cannot be denied. In this article we have compiled the best of Pablo Picasso quotes on art, love, faith, religion, and happiness.

The right kind of inspiration and motivation to try new ideas and defy the societal norms of following old trends is very important to become successful and make a name that will last year after your death, just like Pablo Picasso. Here are 28 of Pablo Picasso’s sassy quotes on life and success.

Check out this fantastic collection of Pablo Picasso quotes wallpapers below: 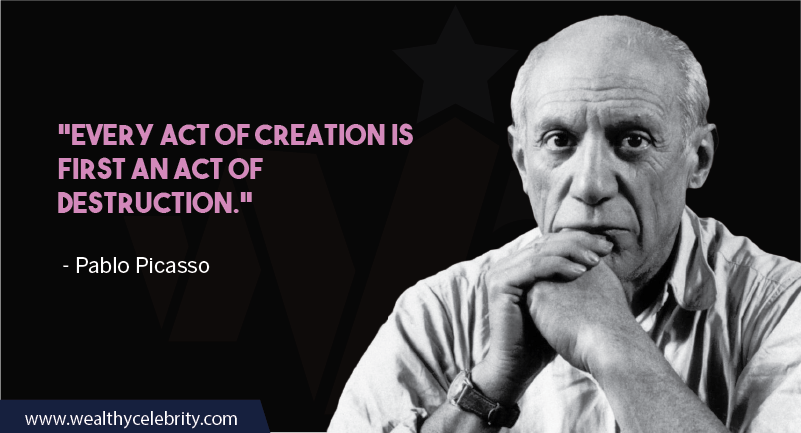 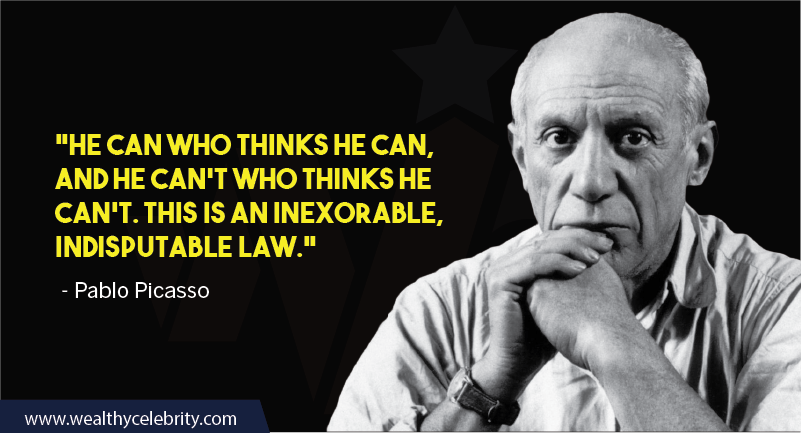 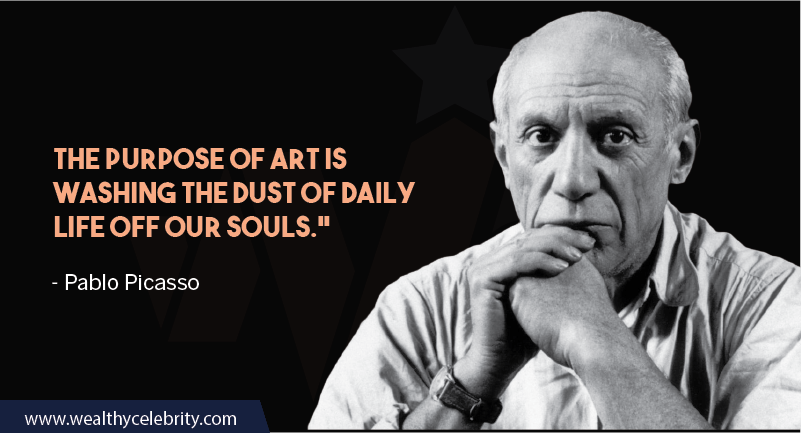 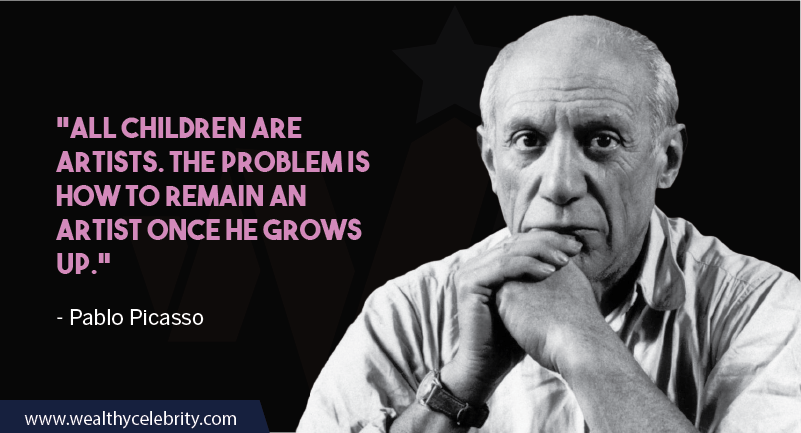 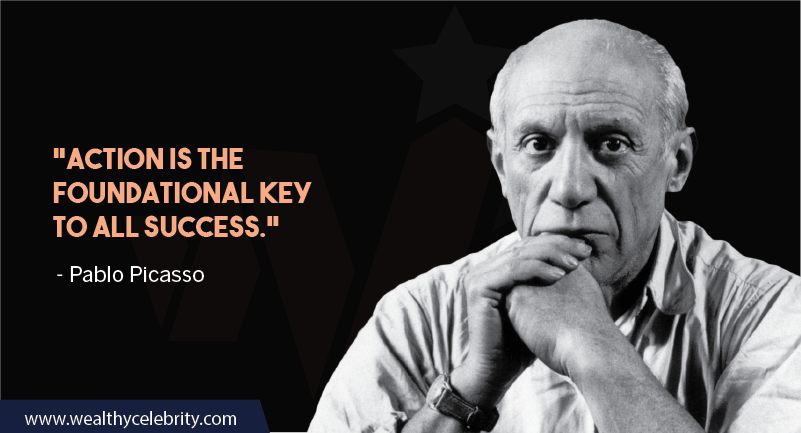 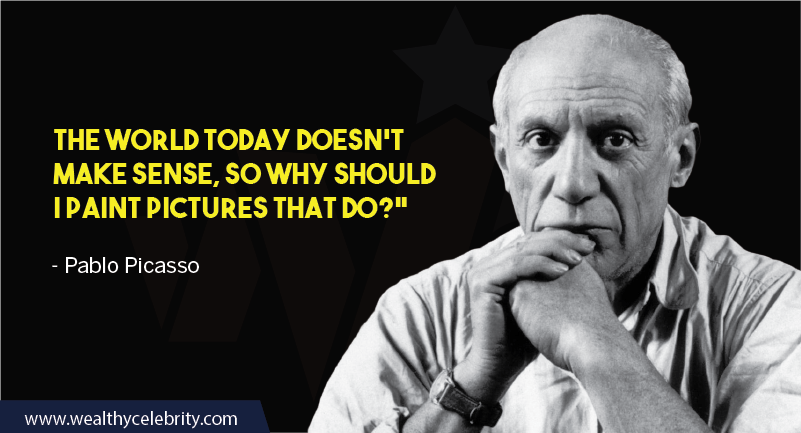 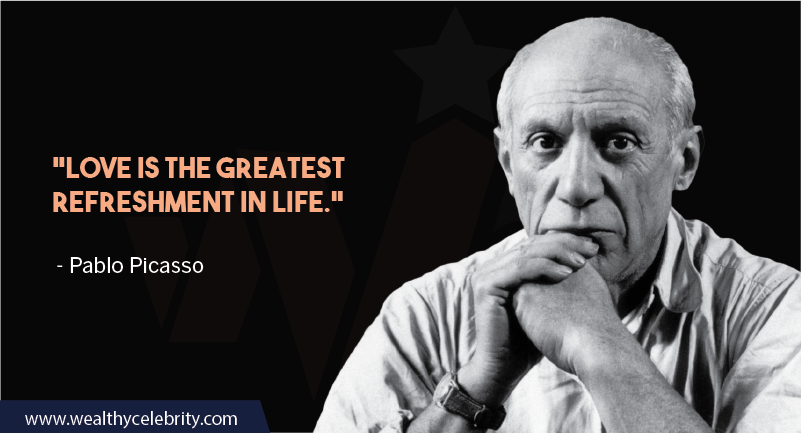 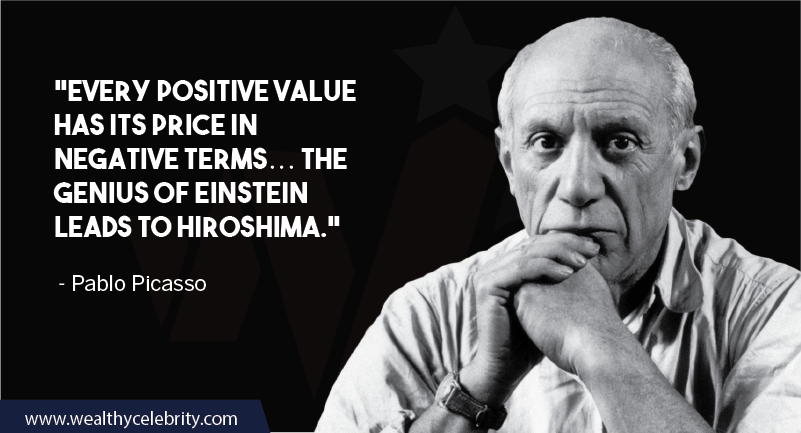 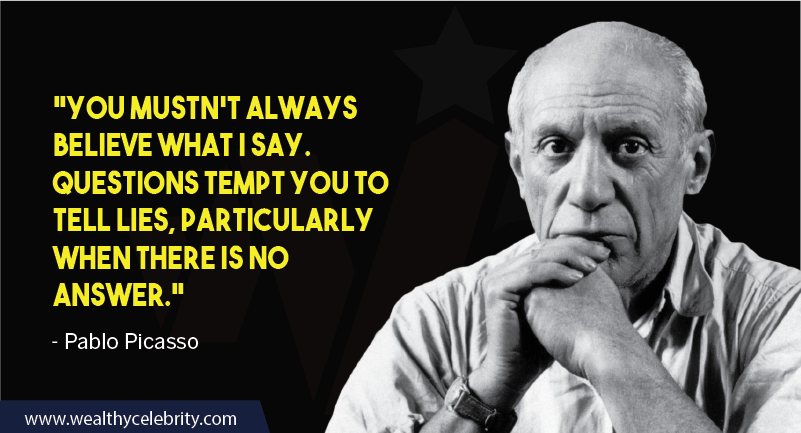 Pablo Picasso about life and lies

Pablo Picasso about imagination and painting

Did you enjoy our compilation of Pablo Picasso’s quotes? Which one is your favorite? Let us know in the comments.