YouTube that was launched almost 15 years ago has now become the world’s largest video-sharing platform with over two billion users around the world. Since its launch back in 2005, YouTube has massively impacted the mass media landscape. With YouTube content worth billions of hours consumed every day around the globe, the media platform has turned many commoners into celebrities and its influencers earn millions of dollars every year. Working on the model of subsidiary business, YouTube users mainly earn from ad revenue and partnerships.

YouTube is an ideal platform not only for big businesses and influencers to promote their brands but also for common people with extra-ordinary talents to broadcast their qualities to a global community of subscribers. Being a revolutionary addition to the media industry, YouTube is now acting as an ultimate podium for the existing celebrities to connect with their fans, promote their new brands, and feature their private lives, and much more. Thanks to the beyond-the-borders reach of YouTube, celebrities can now connect with their worldwide fans and adopt YouTube as an extra gig. 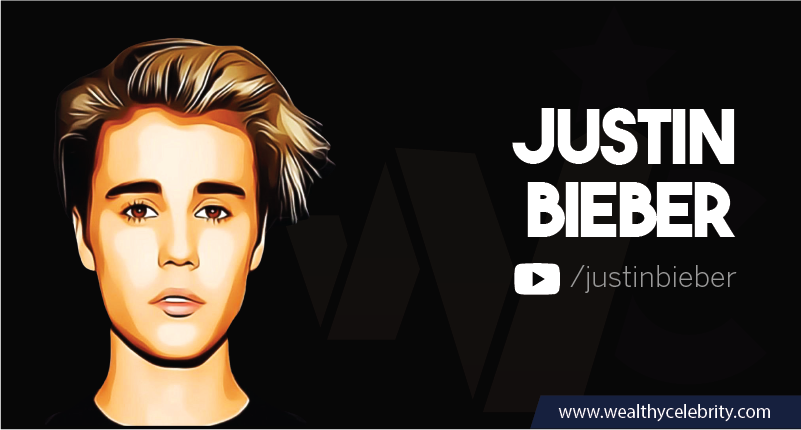 Did you know YouTube turned Justin Bieber into a celebrity? And Today he is on top of our list of celebrities who also run YouTube channels. You heard it right. With over 57 million subscribers, Justin Bieber is one of the most subscribed celebrities on YouTube. It was back in 2007 when YouTube was just 2-year-old that Justin Bieber signed up for YouTube. While speaking on The Ellen Show, Justin Bieber said, “I was in a singing competition a while back. I was 12 years old, and my friends and family that couldn’t make it wanted to see me so I posted those videos on YouTube and I guess it just kind of blew up.”

Justin Bieber’s manager found him via YouTube when he was just a 12-year-old boy singing around in his house with no intention or anticipation of becoming a singer one day. Justin Bieber’s YouTube mainly features everything about his singing; be it his music videos, behind the scenes, or collaborations with other artists. Being one of the oldest users of YouTube, Justin Bieber other than getting fame that he has Today earns around $1 million every year from YouTube, making him the second highest-earning celebrity from YouTube. Check out the net worth of Justin Bieber as of 2022. 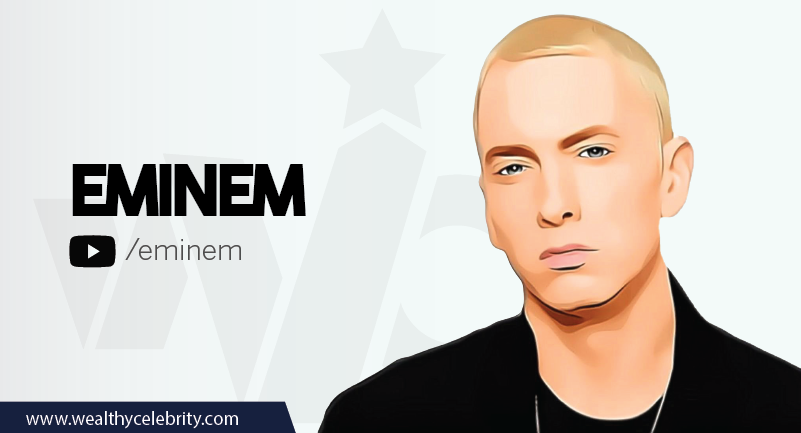 Marshall Bruce Mathers III a.k.a. Eminem is an American rapper, producer, songwriter, and actor. With 44.6 million subscribers on his YouTube channel called EminemMusic, he is the 2nd most subscribed celebrity on YouTube.

Eminem joined YouTube in 2007 but posted his first-ever video of the song “We Made You” around 11 years ago in 2009. Just like other musicians, Eminem also posts his music videos, TV interviews, behind the scenes of his projects, and other music collaborations on his YouTube channel. As of the year 2022, Eminem has over 18 billion+ views on YouTube. The best selling rapper earns around $1 million per year from YouTube, tying the place of 2nd highest-earning celebrity from YouTube with Justin Bieber. Get to know the net worth of Eminem as of 2022. 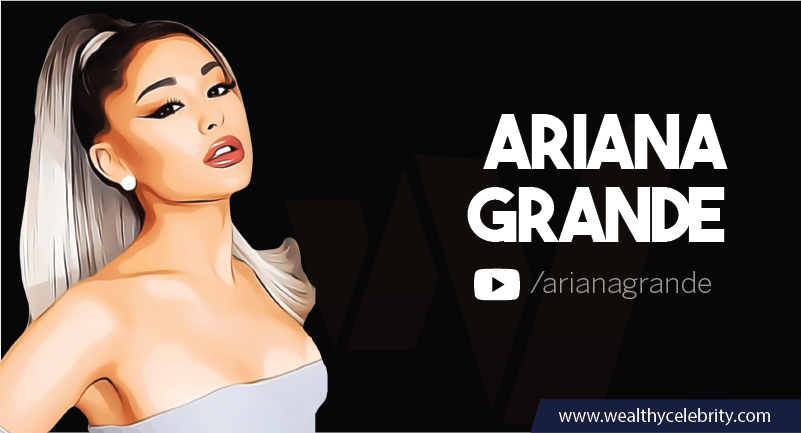 Ariana Grande’s YouTube content mainly revolves around videos of herself before she became a celebrity, her music videos, music collaborations with other artists, and behind the scenes of her work. With over 16 billion video views, Ariana Grande earns an estimated amount of $651,000 annually. 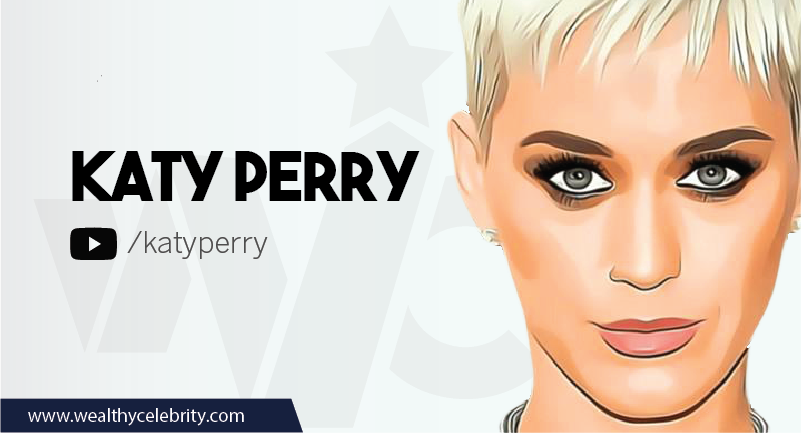 Katy Perry is the next celebrity, again a singer, who is the 4th most subscribed celebrity on YouTube. Katy Perry has over 38 million subscribers and more than 20 billion video views on YouTube. She mostly shares the obvious music videos, videos of her appearances in the TV shows, promotional videos, some ted talks, and behind the scenes videos from her projects.

Katy Perry joined the YouTube platform in 2008 and earns around $25,000 every year from the video posting platform. 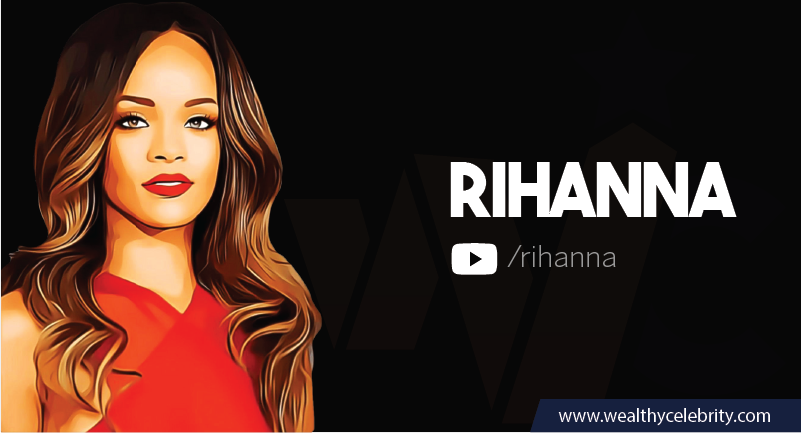 Rihanna is one of the highest-earning celebrities on YouTube. She has over 35 million subscribers and more than 16 billion video views on YouTube. The Barbadian singer, actress, and businesswoman is the 5th most subscribed celebrity on YouTube.

Rihanna joined YouTube in 2005, 1 year after its launch, but posted the first video of her stage performance on the song, “You Don’t Love Me.” She earns around $51,000 from YouTube. Her YouTube content mainly revolves around her solo as well as collaborative music videos, albums, behind scenes, and promotional projects. 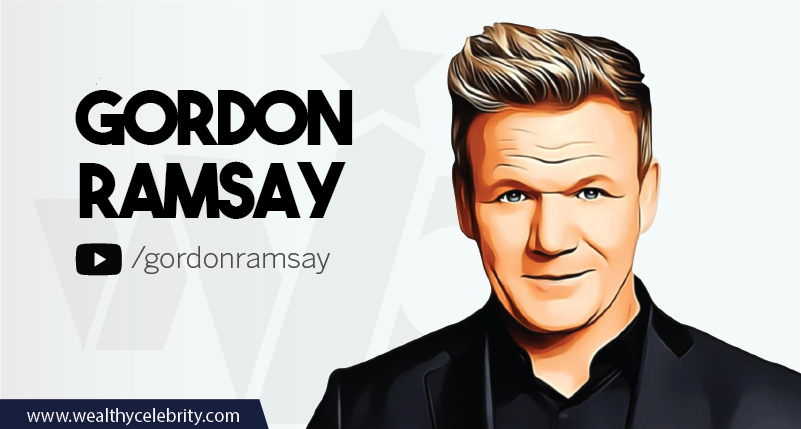 We know Gordon Ramsay from shows like Hell’s Kitchen and MasterChef. The renowned chef has a huge number of subscribers on his YouTube channel and hence making it to our list of Top 10 celebrities who also run a YouTube channel. Gordon is the 6th most subscribed celebrity on YouTube. Gordon Ramsay’s YouTube channel has a bunch of compilation videos from his appearances on different TV shows and various recipes. 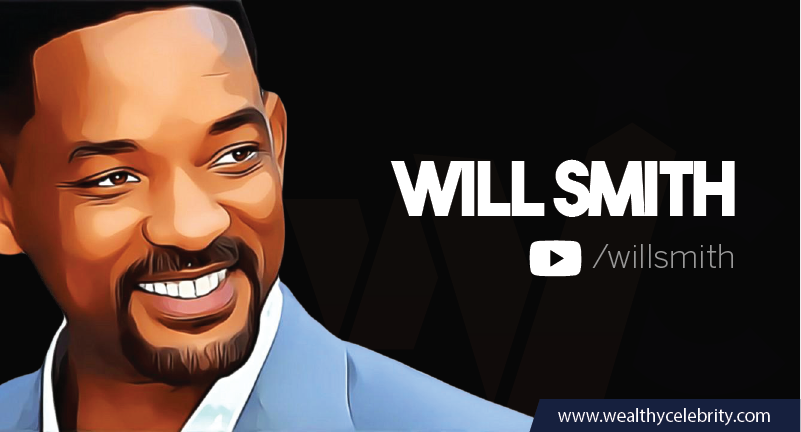 Will Smith, one of the most famous movie stars, has over 8 million subscribers on YouTube. Will Smith joined YouTube in 2017 and has posted around 110 videos so far. His YouTube videos mostly revolve around her private life, his family, and some fun stuff like bungee jumping.

See Also:  The Top 30 Richest Comedians in the World

Will Smith has over 556 video views on YouTube and earns around $900,000 every year. He is the 7th most subscribed celebrity on YouTube. If you are looking for some binge-worthy stuff about living a luxury life, Will Smith’s YouTube is the perfect place for you. 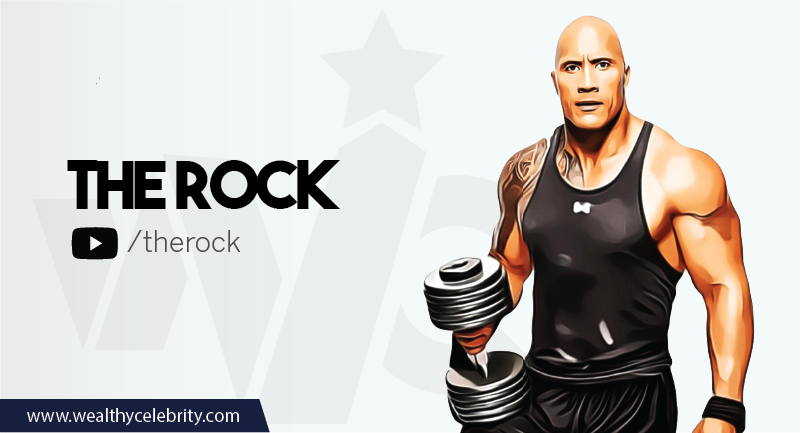 Dwayne The Rock Johnson is a wrestler-turned-movie star who features in The Fast and Furious movies. Dwayne Johnson has more than 5 million subscribers on his YouTube channel making him the 8th most subscribed celebrity on YouTube. 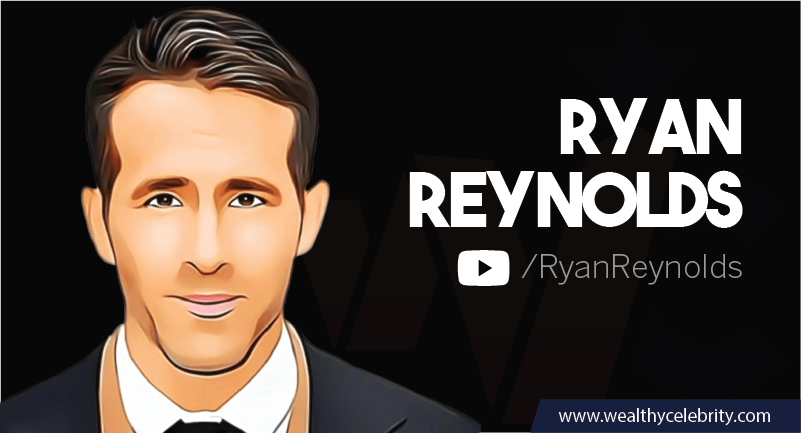 With more than 2 million subscribers, Ryan Reynolds is our personal favorite celebrity on YouTube. The Deadpool star joined YouTube in 2015 and has posted around 81 videos so far. Ryan Reynold’s YouTube content includes teasers and trailers of his movies, behind the scenes videos, and must-watch makeup tutorial from sets of movies like Pikachu and Deadpool. He has also a unique Deadpool style of delivering public-awareness messages through his channel, making him without a doubt the most fun celebrity on YouTube. He also roasts his fellow celebrities but you knew of that, right? 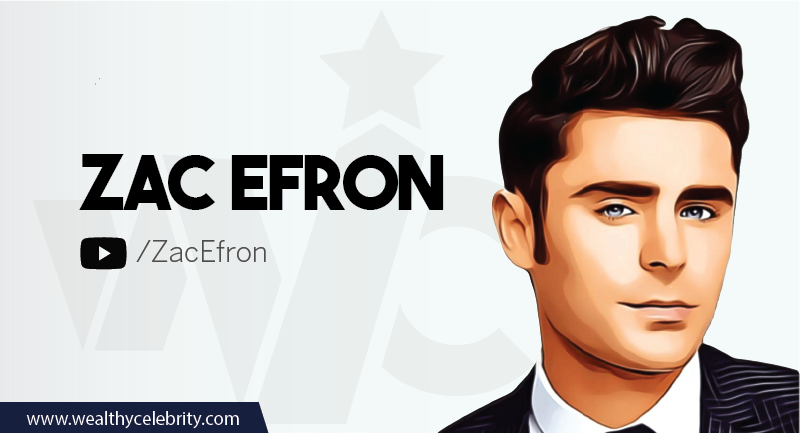 Zac Efron came into the limelight when High School Musical was released in 2006 and made his way to the film industry appearing in some of the greatest movies including The Lucky One, Baywatch, and Neighbors. Zac Efron joined YouTube in 2014 and has over 1 million subscribers on his channel. Although Zac Efron has posted only 16 videos on his YouTube channel so far they are all qualitative and worth-watching.

Zac Efron mostly posts traveling videos under the title, “Off the Grid” and workout videos, under the title “Gym Time” featuring his fellow artists; Alexandra Daddario and Nina Dobrev to name a few. With more than 52 million video views, Zac Efron earns around $32,000 from his YouTube channel. Zac is the10th most subscribed celebrity on YouTube.

While YouTube turned many people into celebrities, many celebrities also turned to YouTube to connect with their fans. Does your favorite celebrity also run a YouTube channel? Did they make it to our top 10 list? Let us know in the comments.

Who is Charly Jordan? - All About Multi-Talented Social Media Star – Wealthy Celebrity

[…] people are unaware that Pete Hegseth has recently been listed as one of the best social media stars! And if you want to get available with all of his social media profiles, take a look […]

[…] loved posting pictures of herself on different social media sites. Later, she decided to create a YouTube channel, and after a few months, she started podcasting on the same […]

[…] Addison Rae is one of the best TikTok and YouTube stars, social media influencers, dancers, singers, and actresses – who is making her nation proud […]